A scream tore through her like a great shard of glass, her intense cry riddled her parents ears and echoed throughout the neighborhood, on that hot summer day. Tears escaped her big green eyes and fell down her blushed cheeks. While she stomped her small feet onto the freshly cut grass. She continued her whining, and  she demanded her parents to tell her why can't she have anymore pets? Her dad knelled down to her level, and gave a slight frown, he told her she can't have anymore pets because every pet she receives, she hurts. He went on to say that Memow the cat was the last straw, and that she can't have another animal, and that is final.

I HATE YOU!, she yelled out to her dad in a fit of rage, and spits in his face. Her dad wipes the spit from his face and is disgusted by his 10 year old's horrid behavior. She threw a tantrum and went ballistic, her dad stood up crossed his arms and looked at his wife in complete worry, their ill-tempered child ran inside. She angerly went into her room and slammed her door shut.

Her mom covered her mouth in disbelief and was horrified. Her husband wanted to go after his daughter, but his wife stopped him in his tracks. She told him that she will get over it, and that she just wants attention. The two walked across their yard into their one-story house.

It is five years later, Eris' room door creaks open and she is dressed in a gray tank top, blue jeans, a black hooded sweatshirt, and vans. She walks down the hall way and can hear her parents arguing become clamorous the closer she gets to the kitchen. She could care less, she grabs her sky blue backpack off the counter and walks to school. She walks up the stairs, thinking to her self another day in hell, as she smirks, and she enters Waterside high school, while the door closes behind her.

"Principal Lockhart's Office" the brown door reads, Eris' mom walks into her office asking "what did she do now?".The principal states," she has once again fought another student on school grounds. I have no choice, but to suspend your misbehaved daughter for five days". Her mom looks at Eris slumped in the chair rolling her eyes. She gives a unsurprised look at her daughters actions, and she looks back at the principal.

Her mom signs a paper, and smiles at the principal saying, "Thank you, principal Lockhart I'll be sure to punish her". She walks out the principal's office, and Eris follows behind her. The two walk out the school in silence, out into the pouring rain. They get into her mom's black Honda and she drives them out of the school parking lot.

While driving her irritated mother turns to Eris and asks," Why do you put me through this". Eris turns from the window smirking at her mother and says in a petty tone," I don't believe I'm putting you through anything mother, If anyone is putting you through something it's your husband" ,and chuckles while turning her attention back to the window. Her mother puts her eyes back on the road, gripping the steering wheel.

Tears well in her eyes, and feels overwhelmed with emotion, she pulls over to the side of the road and yells at her daughter to," to get out the, you evil little girl !". "Gladly", she says, and hops out the car. Her mom speeds of while wiping her tears off her freckled cheeks. Eris puts on her hood to keep dry from the pouring rain and begins walking home.

She finally gets to her house and walks up the wet porch steps. She grabs the key from under the welcome mat and walks inside. She walks around the living room couch where her dad is sitting, he is mindlessly on his phone listening to music. She walks behind him and see's him texting a woman, his mistress. She rolls her eyes, and continues to the kitchen where she sits her backpack on the counter.

She walks down the hallway, and sees her mom sitting on her bed taking down a bottle off vodka and puffing a cigarette. Her mascara and lipstick was smeared  and wearing black lingerie. Eris escaped from her mother's view, when she turned her attention to the door.

She opens her bedroom door, and jumps back first into her bed. A few hours later her mother can be heard bickering to her father about his mistress. Eris hears this and becomes irritated, she blocks out the noise by putting her earbuds in canceling out the noise of argument.

Feeling defeated that she can't win her husband back from that slut Amanda she threatens to leave her husband. She grabs the car key of the counter, he tries to plead to her that she needs to stay for her daughter and this family. He claims we can work it out through counseling. She is unimpressed by his efforts and she clumsily walks  to the front door.

He warns her multiple times she is to drunk to drive, he even gets in front of her to stop her. She manages to pry him from in front of the door despite her small frame. He gives up and hopes she will come to her senses that she is not thinking rationally. She goes to her car, starting the engine and looks at her worried  husband standing in the doorway, in disgust.

She backs out of the driveway and drives down the street. Her husband goes inside to sit on the couch, he pulls out his phone to text Amanda about what happened and what should he do. She tells him to just wait for her, and that she will probably come back. His wife comes to a stop at an intersection, she has a bottle of whiskey in hand that she grabbed from the glove box.

She drinks what's left in the bottle, and tosses it on the passenger seat floor. She becomes enraged, she hits the steering wheel multiple times. Tears flow from her glossy blue eyes on to freckled cheeks. She begins to feel drowsy and gravity takes over, her head hits the steering wheel and the horn continuously blows , her whole body is limp and lifeless. Her foot slides of the break and her car slowly rolls over the limit line into onto on coming traffic. Then... 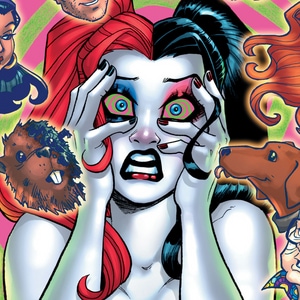 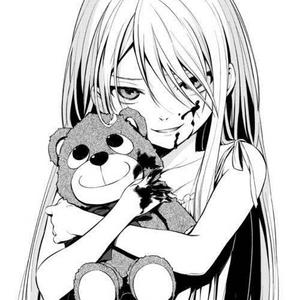 A Crime Novel following the story of 23 year old Eris Lipton, a failed entrepreneur and horrible daughter who leads a life of crime with her young 16 year old side kick Destiny Ryan.
Subscribe 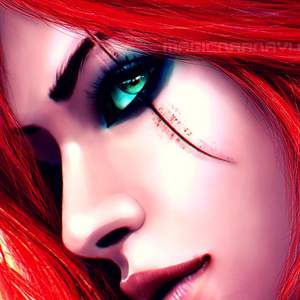