It all happened so fast and without warning. “You Died” didn’t flash before my eyes. There wasn’t a guardian angel or that “light at the end of the tunnel.” I didn’t even get that memory reel that everyone talks about.

Just a giant vastness of nothing.

When my consciousness returned, it didn’t come with a body. Well, it kind of did, but not the corporeal flesh-golem I’m used to. It was more like an outline, hinting at where the edges of my skin should be. I thought I’d lost all five senses, but suddenly I found myself standing in a room, staring at hinted shapes of other people.

There were a lot of ways I’d imagined the afterlife, and this definitely wasn’t one of them. I was in the lobby of an enormous building flooded with stringent white light. Rooms lined the hallways to my left and my right, extending further than I could see. Each section was closed off by glass panels, allowing curious onlookers to peer into what looked like courtrooms. Stern-faced judges in black robes sat at the head of every room, while other souls—was that my new form? my soul?—stood at the defendant’s table. The whole setting had a dream-like quality that I couldn’t seem to shake, but something told me that this was very, very real.

“Am I in hell?” I wondered aloud, happy to hear my own voice emit from a source that I was sure lost its lungs.

“I dunno, man. I just got here.” Another form next to me shrugged. “But this sure is my idea of hell.”

I wanted to panic, or run, or do anything but stand there and stare into what was sure to be my final judgment. This was all too fast and too damn soon—I’d just barely turned twenty. I couldn’t be dead yet.

“Matthew Kelmer?” a woman’s voice called over the crowd. I looked up to see a young woman who couldn’t have been much older than me but contained in a much more solid-looking body. Her blonde hair fell in waves just past her curved hips, and a tight black dress hugged her skin like a sexy flight attendant.

“That’s me,” I said, stepping past the other souls.

Her smile was brilliant and unnervingly comforting. But what else was I going to take comfort in? “Come with me, please.”

“Hey! What’s the deal? He just got here!” a man in the back shouted.

“This way, please,” she repeated, ignoring the outcry.

There was an annoyed grumbling from the heckler. I squared my shoulders and fell into step behind the stranger.

“Where am I?” I asked once we were far enough away from the crowd.

“Well, yeah.” I realized that being called so quickly probably wasn’t the best thing to happen in purgatory. “Wait, did I stamp a one-way ticket to hell or something?”

“No, silly. Quite the opposite. Here, please.” She stopped in front of a large metal door and held it open for me. It was one of the only rooms not sectioned off by glass.

I stepped inside and waited. “Who are you?”

“My name is Leiana. I’m one of the managers of purgatory.”

“Your people refer to them as goddesses, I believe.”

I wanted to pinch myself and wake up. But there was nothing to pinch. “Um. Okay.”

I bristled. “Just Matt is fine.”

A corner of her smile twitched downward, but her cheerful demeanor remained. “Your heroic death has earned you another chance. In a different world.” She circled an oak desk and took a seat.

My what? In a what? A dozen questions assaulted me. “Valiant death?”

With a few presses of her fingers, a virtual display appeared above her desk. A muted movie in stunning high definition began to play, and I watched in silence. It was me at the gym I’d been standing in not an hour before.

I was lying on the bench, preparing to do a bench press without a spotter. Who the hell needed a spotter? It didn’t look that hard. I’d never done one before, but I knew the other girls in the gym loved to watch guys compete against each other with the weights. And there was a girl there I’d had my eye on.

“You battled against this metal beast with such courage!”

The dots began to connect. Oh, Jesus Christ. In the video, it was clear that I hadn’t secured the weights well. Briana, the girl I’d been hoping to catch the attention of, had noticed. She’d jogged over to the bench just as I lifted the bar. Her lips were moving, and she was waving her arms, but I’d had my headphones in and didn’t hear it.

“See how you struggled!” Leiana clasped her hands and swooned. “You protected her with all your might.”

Yeah, I struggled, alright. As I pushed harder on the bar, my face turned beet-red, and the veins in my throat pulsed against my skin. I’d racked up almost three hundred pounds—nearly twice my size.

The bar tilted in my unsure grip, and my arms buckled. As my shoulders gave out, the bar hurtled toward me, past the catches on either side, and crushed my windpipe. I must have died instantly. Briana sunk to her knees and plucked out my earbuds, shouting words I couldn’t make out.

Briana had tried to give me CPR. I wanted to crawl under Leiana’s desk. I hadn’t even stayed alive long enough to feel her lips on mine, goddammit. The screen went dark.

“I could not let your judgment pass without offering another chance,” Leiana sighed. “These are the stories that go down in history.”

“Yes. As a manager, you see, I can grant second chances to special cases such as yours. There are hundreds of other worlds that could use your strength and valor, with a few stipulations, of course.”

Leiana giggled. “It depends on the world! Every world has its own set of rules.” She replayed the video from the beginning. “Goodness, I believe I could watch this for eternity.”

And now I’m in hell. “Can we talk about the other worlds?”

“Oh! Yes, of course. Let’s see what we have available.” She closed the window and opened a new one—something akin to a spreadsheet program. Names and languages I’d never seen nor heard of scrolled by at a blazing speed. Her smile wavered. “Hmm.”

“What?” I was beginning to wonder if I’d rather risk it with the judge. I hadn’t done anything too terrible in life to deserve eternal damnation, right?

“Well, you see, I only have three worlds available at the moment.”

“Out of that whole list?” I couldn’t hide my surprise.

“There are many specifications, requirements, overrides, and a lot of paperwork that goes into such a feat. But we’ll make the best of it, Matthew, I promise you!”

“Of course, Matt!” The giant list condensed down to three names, all composed of symbols I didn’t recognize. She selected the first title, and a screen filled with graphs and readings overlayed the spreadsheet. “So, our first potential world has a moderate difficulty rating, a balanced monster score, and vast opportunity for growth!”

“Difficulty rating? Monster scores?” I was sure I didn’t have the capability to feel dizzy, but I took a seat in the chair across from Leiana’s desk anyway. “Like a video game?”

“Yes! Very much like the video games of your world. You must complete tasks and earn yourself a place in their society by honing your attributes and gaining skills.”

“Are you saying I have to level up?”

“No. However, the three available are.”

Okay, maybe this wouldn’t be too bad. I’d played enough games to have a handle on that sort of system. “What are the rules of this one?”

“You must begin life anew as a dungeon.”

“A dungeon. It’s very popular, from what I understand.”

I pictured dark, scummy caves filled with bats and spiders and bears. I imagined smelling like stale water and mold. “Who the hell would want to be a dungeon?”

“Well, there are many out there, but let’s move on,” Leiana mumbled, seeming distraught. “Our second world begins in the Kingdom of Rhodes. The difficulty rating is low, the monsters are on the gentler side, and magic powers the realm.”

Boring. I’d played every JRPG on the planet. The last thing I wanted to do was live in a tropey, easy fantasy land. “Next.”

“You don’t wish to hear the rules?”

Leiana sighed and pulled up the third name. The graphs for this one looked more intense compared to the other two. She chewed her bottom lip and glanced at me before looking back at the hologram.

“What?” My interest piqued.

“Well, the difficulty rating is quite extreme, and the monster score is on the higher end of what I’m familiar with. And, well—” she trailed.

This sounded interesting. “Well, what?”

If I still had a heart, it would have stopped. “Wait. It’s a world full of catgirls?”

“Do I have to be a dungeon?” There had to be some stupid catch. This was way too good to be true.

She opened another document and glanced through the illegible script. “No. Per their stipulations, you would arrive just as you were before you passed. But your attributes and profile would be entirely reset. Matt, I don’t—”

“I’m going there.” I leapt from the chair. My head swirled with pictures of beautiful, petite girls with adorable kitty ears and bells. Catgirls wearing maid outfits, in silk lingerie, in bathing suits. It was like the ultimate dream come true. “Send me there.”

Leiana drummed her fingers along the top of her desk as she stared up at me. “You are certain?”

“I’m more than certain.” How many times was she going to ask me? I didn’t care how hard it was or how awful the grind could be. It was a whole damn world of catgirls. I wanted nothing more. “Send me.”

“As you wish.” She stood and signed off on the bottom of the stipulations sheet. “Your necessary tools will be given to you after you arrive. Please check your inventory.”

“Wait? How do I do that?” In a video game, my inventory was accessed by a button. How did someone pick through a physical inventory? Would I get a suitcase or something?

She ignored my question and made a series of hand signals. A warm glow surrounded her fingers, and her final gesture pointed toward me. “For your valor, Matthew Kelmer. Be reborn!”

For the second time that day, the world went dark. 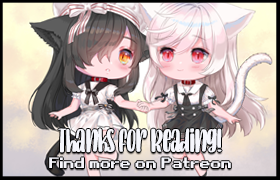 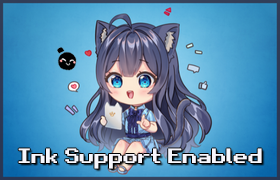 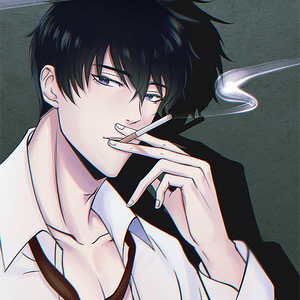 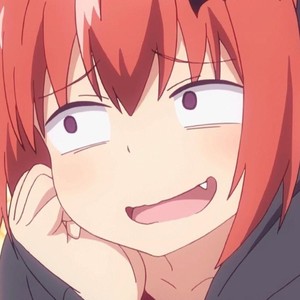 I can tell this is going to be a great story already. Cat girls are finally being appreciated 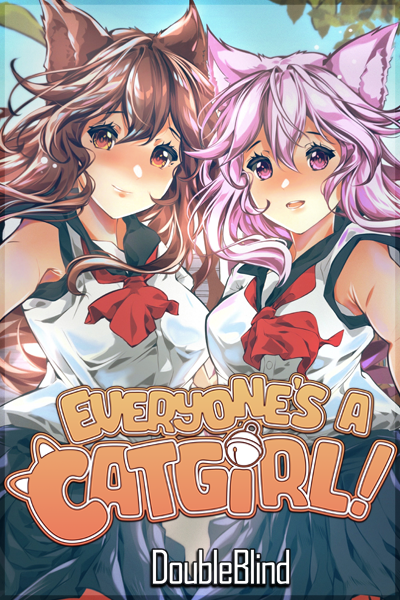 The last thing Matt Kelmer expected at the gym that afternoon was sudden death. The second to last thing he expected was an offer of reincarnation by a goddess intensely moved by his "valiant efforts" before his untimely passing.

But when the option of a world filled with catgirls hits the table, Matt is determined to live out one of his greatest fantasies no matter what difficulties he may face. Equipped only with a standard issue [iPaw] and the clothes on his back, he'll have to navigate Nyarlea one sweet catgirl at a time.

Note: Most NSFW chapters after 29 will be Patreon Exclusive! 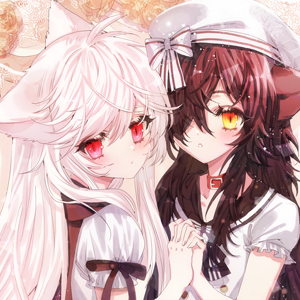