Little field mice were rustling in brownish leaves and bald dry sticks. I forgot my glasses so that I could tell where the animalcules were only by the sound of their businesslike scurrying. In the morning I took some yesterday crumpets and stale rusks for ducks to feed them on my way home, but ungrateful birds didn't even bother to appear. Instead, I was making a spontaneous banquet for mice at the bank of a small shapeless pond that was covered thickly with salad-green duckweed.

It was unusually warm for that autumn day, thus I wanted to stay outside, almost disgusting the idea of starting a tedious job hunting all over again after a greatly unsuccessful day. Even when the bright crimson light of the evening sky was seen between random firs, birches, and some fragile tree trunks, I didn't hurry home having no wish to face my empty apartment and an inevitable late phone call from my parents. "Did you get the job? Can we congratulate you?" It was difficult to express it in words how procrastination in the company of mice could be relaxing.

I thought they were chatting teens when they were approaching me. With indifference in my eyes, I glanced at three cheerful old ladies in colourful jackets practicing pole walking.

Suddenly my fluffy friends disappeared having probably dived into their holes in the ground. I sighed and was about to call it a night, blaming colourful jackets for frightening away little buddies when I heard a distinct splash. Green duckweed opened wide showing red sky reflection on a clear patch of water. The sound resembled me the one you may hear when a swimmer came up after a diving.

"A fish," I thought absent-mindedly. My melancholically tender mood was spoiled for good. I stood up shaking my jeans from twigs and the dust of last year leaves when at the edge of the water, on a wet ribbon of sand I saw an "eye" thing, glowing gold like the Cheshire Cat's eyes when he was slowly disappearing.

When I was about seven maybe eight years old my friend and I found an extremely stupid yellow sheet on a playground. It was hanging on the seesaw, flapping its huge tattered pages like a wounded bird. In the center spread there was an article about an unfortunate man who found a wooden statuette on the road, took it home (who would have thought of it?!), then something mysterious happened, and then something, and something, and then he died... I clearly remember my friend reading it. He was creating overly dramatic intonation and gestures when reaching very tense or spooky moments. From time to time he made pauses when it was impossible to suppress a laugh. I smiled too, pretending that I found the story ridiculous, hiding my childish fear that the story could be real. I didn't want my friend to think that I was as timid as a hare. "Poor pal!" I reflected with all sympathy a child could feel towards an unlucky character. A decent family man with a bunch of pretty kids and a beautiful wife deceased under supernatural circumstances and let them all alone standing in the wind with a travel case (I was sure his family couldn't pay rent after his demise). The picture I made up illustrated the scene a Victorian novelist would envy: a grieving mother in a thin overcoat with a cheap kerchief on her head and (of course!) tear-streaked kids in rugs (well, I was a very imaginative child). You may not believe, but since that very moment I had never taken any lost things, strongly believe (like a medieval peasant) that they would bring me bad luck. "And where are your good omens now? Have no job, feed rodents in the dark conservancy area".

I bit my lower lip peering at the bright thing like a thieving magpie. I couldn't help myself anymore. Treading softly between low brunches, dead leaves, and mice's holes, I headed to get, as it turned out, a big coin. Its "dark side" was covered with tiny flat shells and little fresh-water pearls.

I toyed it in my hands trying to find some fading light to see it better. I got up from haunches, rubbed my loins, and was going to throw it in the pond and make a wish like tourists do when they are shown a ridiculously old fountain with no less ridiculous prehistory. But I simply couldn't do it. I broke my silly tradition and put my find into the pocket, touching it with the tips of my fingers as gently as Gollum did.

I heard the splash again and started as if I was awaken out of sleep, feeling a little bit lost. Surroundings seemed hostile at that moment: crimson stripes turned into bluish dusk; limbs of birch trees stood like skinny spectres in white shrouds. My near-sightedness made the view more sinister and misty, blurring the shapes, creating uneasiness in my mind. I could still see colourful jackets and heard them laughing that sounded like an echo in a public swimming pool. I followed them willingly, watching my hurrying feet and old cracks of the road.

I didn't dare to look back, as if I had stolen a priceless artifact. In my head I was drawing a picture where the coin owner was looking for his dear thing and inevitably getting mad at a thief, seeking for revenge.

~The owner was watching the thief escaping from the scene of the crime. She was not mad at all~ 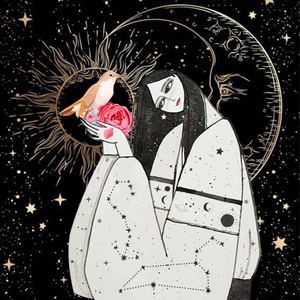 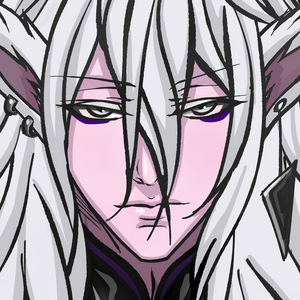 Wow. I guess I was so stunned by those terrific descriptions that I forgot to like the episode.
You were able to express so many emotions within the actions that I could live those moments before my very eyes.
I'm marveled and I'm intrigued already.
Excelent work! 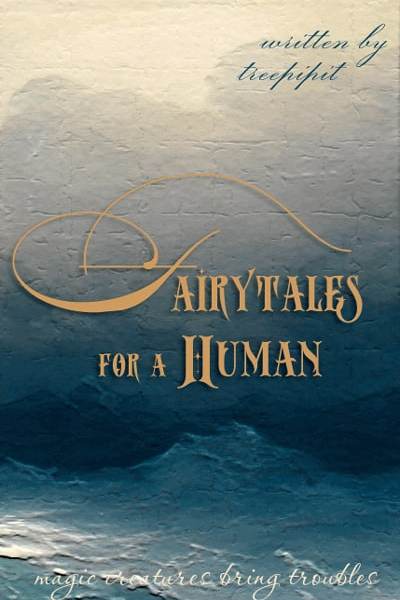 ~Doris looked straight into my eyes and gently touched my cheek. She was so close; I felt her trembling or maybe it was me? I could clearly see her glowing scales and ammonite shell ears. A fairytale was too real~

From three different points of view "FAIRYTALES FOR A HUMAN" tells you a story about a human, a dryad and a mermaid who happened to know each other and had to deal with their differences.
Marina is a creative and imaginative young woman who has just graduated from the university and now jobless, indecisive, and single. She faces the world of magical creatures that is beyond her understanding. Being not ready to accept and embrace it immediately, she is trying to search her heart and see if she can be with one of the creatures. 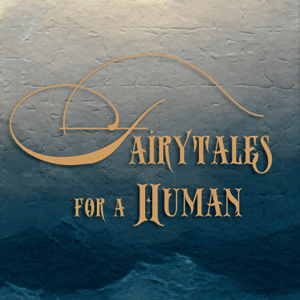