God, walking next makes me feel so fucking nostalgic, like when we were in U.A. High School, touching each other as much as we could in public without ruining our image as students. Fuck, fuck, FUCK! I want to hold his fucking hand so fucking much right now, I could blow up Deku’s shitty boyfriend again.

But I fucking can’t show the slightest amount of PDA, because “rumors will spread and it will destroy our manliness as pro heroes.” Whatever the fuck that’s supposed to mean. But, Shitty Hair’s right. Although he never believes me, Kirishima has more fucking manliness than IcyHot, that fucking Deku or I will ever have.

I take a quick glance at Kirishima, “Why’re you fucking smiling at everyone you see? They’re gonna think you’re gonna fucking rape them.”

“Bakugo,” he whines with a smile (so fucking adorably I’m going to fucking die -- or blast Deku into space, either one is fine), “We’re pros now, not high schoolers. We’ve got to act like pros, not bullies.” he nudges my upper arm with his elbow.

I sigh, “What-fucking-ever,” and keep on walking forward with Kirishima next to me. “That’s more like it!” he gives me a pat on the small of my back and I’m already fucking dying from fever-like blush on my shitty cheeks.

I channel most of my anger into the next phrase while I’m still burning up, “Where the fuck are we going anyway? And why are we not in our fucking hero outfits and instead wearing fucking suits?!” The word “suits” makes me think of when Kirishima forced me to wear a tie today by fucking looping it around the shitty collar I was forced to wear then he pulled me into a deep kiss with those fucking unbearable, and soft as fuck lips. (Kirishima had enough time to even tie a knot in it while we started making out, then stuff happened and I ended up needing to put it on again.)

“Do you remember the last time we wore matching suits?” Kirishima stops in his tracks to look at me, smirking with his pointy teeth showing.

I, too, stop to look at him, only being reminded how much hotter Kirishima looks now that he’s taller than average and still has his spiked hair but this time with an under-shave. I just want to experience the feeling of his hands going into my shirt and pants; the feeling of how his tongue’s piercing feels against mine; the feeling of his bulge pressing into me. Jesus fucking Christ, I’m so fucking horny right now I just want him to pin me against a fucking wall fucking mark me on my neck and on my fucking collarbone, and do more than that. The thoughts of having sex in a public place gives me goosebumps and hot beads of sweat roll down my forehead.

“Yeah, um…” I say, gulping down the sexual urge to kiss him right here, right now by fiddling with the ring in my daithe, “When we went to that one fucking lab island and had to do to a shitty meeting or whatever it was, but ended up being interrupted by some shitty, low-life villains.” I try my hardest not to look at him, to hide the fact that I'm practically undressing him with my eyes, and from the fear that I'm becoming “less of a man”, or whatever those shitheads said to Kirishima. My Kirishima. No one has the right to decide who Ejirou is, not even me.

Kirishima breaks my train of thought when he answers saying, “Well, I wouldn't say they were ‘shitty’, I mean, they put up one hell of a fight!” he grins clutching his fist in front of him. “But, yes,” he lets his hand fall to his side, slightly brushing mine, “we wore suits to go to that gathering we were invited to go to. Now, think about it. Matching suits; dinner we were invited to; we're wearing suits” -- he gestures between him and me -- “and we're going somewhere I've kept secret.”

My eyes trail up to his, while my hand explodes in my ear, making it ring. “DINNER?! YOU NEVER SAID ANYTHING ABOUT FUCKING DINNER!” I grab Kirishima’s face and explode it with my quirk. I hear gasps from extras all around me and immediately lift my hand away from his face. My hands fall to my sides and I look away from the smoke covering my boyfriend's face. I feel his hands grasp mine and his scratch-free face close to mine. I close my eyes tightly when more and more extras gather around with their phones facing us.

Kirishima lets go of one of my wrists, grabbing it with the other hand, holding both my wrists tightly with his one hand. He, then, lightly squeezes my chin with his index finger and thumb to face him. “Come on, Blasty, it's only dinner,” his voice grows deeper and sexier than before, making it audible for me only. In the distance, I hear a camera click. God, I just want to be fucking alone. (With Kirishima next to me, of course, probably spooning me after having sex. Jesus Christ, I'm blushing way too much right now.)

His cold breath forces my eyes to flutter open, only to see Kirishima’s face grow closer and closer to mine, close enough for me to feel the slightest touch of his smirk against mine. My cheeks grow to Australia’s temperature -- no, Half-n’-Half’s fire quirk temperature.

I gasp for the air I've been holding back, “What happened to your God-forsaken manliness?”

He chuckles, “You said it yourself, I'm double the manliness ‘cause I'm gay. Isn't that right?” I gulp. He continues, “Now, do you wanna show the crowd how manly we are?” he looks around us then back to me, with a dash of blush on his cheeks.

I smirk, “Oh, fuck yeah.” Instantly, I feel his lips roughly against mine, the setting sun’s warmth against the nape of my neck as he gradually grazes onto it. I hear the passing of bikes and cars, the shuttering of more cell phone cameras, along with my quiet moans as Kirishima’s pierced tongue slides into my mouth; as he steps closer to me, one muscular leg in between mine. The taste if the metal piercing becomes more noticeable when I intertwine my tongue with his and wrap my arms around the back of his neck, closing the little space we had between us, making his leg grind into my crotch.

And for what feels like a heavenly eternity, really is only a couple seconds of his taste (giving the extras plenty of time to take videos and/or photos, then posting of two male heroes making out on the street -- thankfully for me, I can watch it over and over again thanks to them. I mean, fuck you extras!)

Kirishima pulls back from what I've been craving most from him and places both of his hands on my hips, staring deeply into my (most definitely) lovestruck eyes, “I think we convinced them if his manly we are.” he leans his forehead against mine. I laugh, “I think they need to know our masculinity a little more.”

Kirishima laughs, still holding on to me. “We can do that after dinner.”

“I’d fucking love that.” I move my face closer to his as I grin. He kisses me softly, smiling, “Great.”

His hands fall off my hips and he pulls hands off the back of his neck, squeezing them tightly before letting go of one of them, pulling me with the hand he's holding onto when he starts to walk. He intertwines his fingers with mine and laughs sheepishly, scratching the back of his neck with his free hand. “I forgot to mention,” we're meeting Kaminari and the others at the restaurant.”

My hands explode, “What the fuck?!”

Kirishima sits his nude body down into his desk chair. He signs into his laptop after opening it and laughs at the article he began to read. “Hey, babe, look at this.” he holds his hand out for me as I crawl off the bed (you guessed it, naked) and grab it for support while I attempt at walking. The bright screen gamers at me with a headline that reads:

I laugh with Ejirou, “We got into deep shit, didn't we?”

He kisses the back of my hand, “We sure did.” 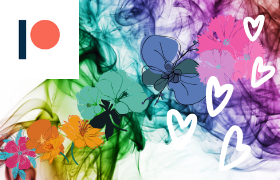 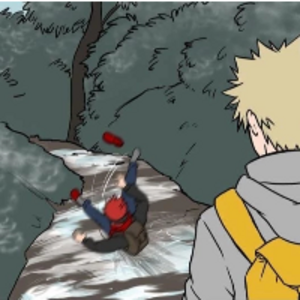 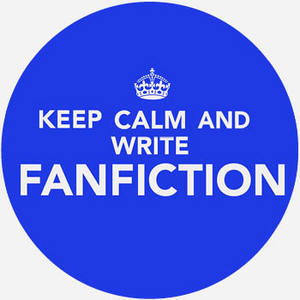 Different fan fics of ships I believe are adorable! If you want to suggest a fan fic for me to write, write in the comments or participate in the polls on my Patreon! 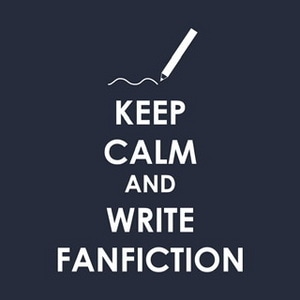