Fangs, Magic and a Cat.

Everything was a mess. Dara watched his beloved Caty being decapitated, right in front of him. Caty was a beautiful, cute thing. The last acquisition of his collection... and now, Caty’s beautiful head was falling to the ground, and Dara swore he could see it fall in slow motion. At the same time the fluffy head touched the ground, he fell on his knees, feeling ill, like he could just die there. He worked so hard, he went through so many hardships to get that valuable item on his hands...

And now the plushie’s head was ripped apart from its body, which was still on its captor and murderer’s hand. All its filling escaped from the hole that was left, making a mess of cotton and wadding. He looked to the ground again, and saw the cute smile of a cat with that adorable tongue out, then the pink nose, and those big green eyes, and fluffy ears and... oh no. Adrian wasn’t going to escape that easily; Dara was going to fucking kill him.

“Stop it, don’t look at me like that. Don’t make me feel like a bad person. You deserved it and you know it”, said the villain of this particular story, a very, very tired young man, who only wanted some peace and a good sleep. Unfortunately for our exhausted redhead student, that was impossible as long as he shared his room with a guy like Dara.

“Yes, I deserved it... but Caty? Really? Why didn’t you... I don’t know, just kill me instead? What I am going to do now?” Asked the boy with white hair, looking as if he just witnessed an actual murder and not a toy being torn apart. Well, for him, it was like seeing his beloved dying in front of his very eyes. Everyone around them looked at the scene, either stopping to see what the fuck was all that drama about, or just passing by after making sure that no one was dying... or fighting to death.

“Agh... Why are you like this? Always exaggerating, always getting in trouble, getting me in trouble. I am. Fucking. Tired. Of your bullshit. And this has to stop. You’re driving me insane.” Adrian couldn’t even look mad at this point, being on the verge of collapsing from the lack of sleep. He just stood there, with a headless stuffed toy on his right hand and a big pair of eye bags on his face.

“Hah! And what are you going to do? Shout at me and break my things? Set all of my plushies on fire? Kick me out of the room?” The expression on Dara’s face changed. Now he looked less like a devastated boyfriend and more like a cynical spoiled child, as if he were the one in control of the situation and could win everything, from a simple fight between roommates to a war between gangs. And, in some way, he could. Dara was very well known on campus for being not only good at getting in trouble, but for always winning. He wasn’t that tall, or that muscular, but his body was in good shape, and he liked to keep it that way. He was fast, agile and calculating, as if that was a part of himself, part of his nature. Some people saw him as a good guy with bad ways, others as a criminal. Mystery and rumors surrounded him, and even if there was no proof, everyone knew. You don’t mess with Dara.

That kept people at line with him, but also separated him from the rest of the world. He had friends everywhere, but no one was truly his friend. He was surrounded by people, but he was always alone, like there was a barrier between him and the rest. It was strange, and contradictory, just as himself and his (not so) secret love for cute things.

“Even if I want to throw out all your garbage and burn it to ashes, I don’t have the strength to do it. I don’t even know how I am standing on my feet right now! On the last seventy hours, these strange people won’t stop knocking at my door demanding to see you, telling me that they’re going to kill you and, oh, of course, don’t forget that one big man that threatened me and threw me across the fucking room! And the other one that pointed at me with a knife because you picked a fight with him on a club!”

At that, little by little, realization came to him. Dara lowered his head. Yes, he was an idiot, but he knew that Adrian was right. The man wasn’t a bad person. He was the closest person on his life even if they didn’t get along sometimes, and he didn’t deserve all that mess, all that danger. The albino just stayed on his knees, knowing he had fucked up.

“Know what, dude? I don’t know in what kind of bullshit you got yourself into this time, but I appreciate my life. So, until all this is resolved, and until you start thinking about the things you do and the people you put in danger, just get out of here.”

“Do I need to repeat myself?”

“I just paid the rent for the next month. And if I, or someone else, tells the director that you’re out of control again, they’re going to kick you out not only from the room.”

Yes, he knew. He had a bad record, and if he kept pushing the buttons, someday it was going to slap him on the face. But he wanted to stay. He wanted to learn, to study, to know more about the music he loved. He didn’t want to leave university.

Adrian must have seen the look on his face, because the annoyed look on his expression softened a bit.

“You know I... appreciate you. You’re smart and talented, and you have the will to do something good with your life... you have a great future ahead. But if you keep like this...” He sighed, bringing his hands to his head and stirring his hair. He looked really tired, and Dara felt a sting on his chest “I’m doing this for your own good. Go, get some time alone and when you get your thoughts in order, come back.”

Dara let out a sight, standing up and grabbing Caty’s head from his ex-roommate's hand, then his body. “Okay, mom.”

Now he was a bit angry and hurt. But he knew that even if he started crying, he wasn’t going to make Adrian go back on his decision. He passed by Adrian’s side and entered the room. Then he grabbed his backpack, phone, money, his bass and his favorite plushie. Dara didn’t know where he was going, but he was going to figure something out, like he always did. It wasn’t like he hadn’t slept on the streets before. That brought up a lot of memories, but the freckled boy pushed them back, knowing that his life was different now. He was different. Here, nobody could mess with him, or make fun of him... he wasn’t in danger. Here, he was just Dara. The lonely and dangerous boy. The criminal, the lover of adorable things. No big responsibilities, no great magic... not a Fae, just a human.

A “human” starting second year of uni without a place to sleep. 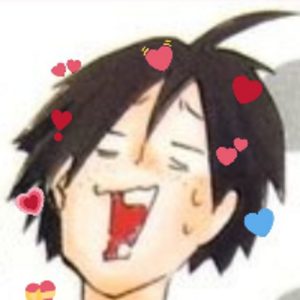 Hi! Im Remy! I'm really exited about publishing this story on Tapas! I really hope you liked the first part. Before continuing, I just want to clear up a few things:

-As you may see, english isn't my mother language. This means my work may have a lot of grammatical errors, but I really want to try and get better. For this chapter, the lovely Mon (@monseray9 on twitter) helped me a lot! Also, the correction of the chapters take a lot of time, so you will have to be patient with me<3
-Secondly: The first chapters are too long for tapas, so I'll have to divide them. The three first chapters are actually the first chapter, with the introduction of the three main characters.
-All chapters will have mature warning because of explicit language... and sexy times may come later ;)
-Last thing: I want to remind you this is a polyamory story. This means, the three main characters will end up together. It's not going to be a love triangle.

With all this said, I just have to thank you for reading<3 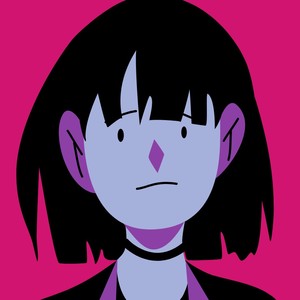 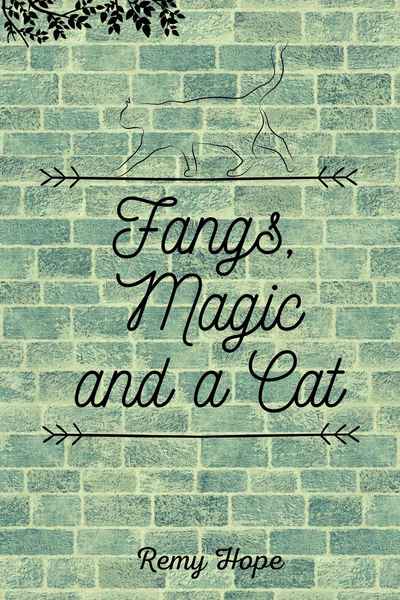 Fangs, Magic and a Cat.

"Soulmates? Am I inside a fanfic and didn't realize it?"

"Dara! Stop laughing! Just think about it! We have a feral fae with a cute side who could murder someone for a plushie. A grumpy, introverted cat who is also adorable on the inside, and... me."

"The fuckboy vampire." said Dara between laughs, and Oliver joined him.

"Forget it, you two are idiots."

Dara, Nikolay and Oliver are just normal college students going through their normal problems. Well, "normal" if you don't count the fact that they're not from this world.

A fae from the Magic World, a vampire from the Demonic Realm and a half-blood from both worlds. They are nothing special, living like any other human would. The war between both worlds has nothing to do with them. Or so they think.

Maybe there is a reason why fate wants them together. Maybe there is something bigger waiting for them. But the real question is...

A relationship between three idiots that no one asked for! No love triangles; just a vampire, a fae and a catboy being boyfriends!
Subscribe 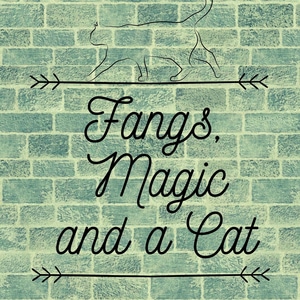