Fated to be Alone

Arthur sat at his small card table eating some pancakes and bacon, his black hair going in every direction as as he had not brushed it yet. After he finished eating he cleaned his plate then got ready for the day,  being in college now, he was living a very busy life. With essays and reports and exams, he was mostly exhausted all the time and hardly ever relaxed. Speaking of essays, he had one due today and he still had a little bit left to work on it, he would finish it on the bus even if he might be rushed on time. The bus pulled up and he got on, finding a seat near the back and immediately starting work on his essay.
He was so engrosed in working that he didn't notice someone sat down beside him,"what are you working on?" the person asked him. Arthur jumped in shock and looked over at the person beside him, it was an alpha, he had white hair, probably dyed, and piercing blue eyes. Meanwhile, Arthur had short and messy black hair and big brown eyes that were downturned. He thought himself unattractive and did't really like socializing with people if given the choice. "Oh um..am essay on the history of Rome," Arthur respomded quietly, the alpha smiled at him,"cool! I've been wanting to learn more about Rome," he said enthusiastically.
Arthur shrunk back slightly, he had never been good around alphas, something about him made him nervous for a reason he didn't know. "Sorry if I scared you, I tend to get a little enthusiastic," he rubbed the back of his neck and laughed sheepishly. The omega pursed his lips,"it's okay..." he said, the bus suddenly stopped and Arthur put away his laptop. "Wait, my name is Oliver," the alpha introduced himself,"Arthur," the omega said quietly, shaking Oliver's hand before walking away.
"Mr. Sharp, where is your essay?" the teacher asked the omega, he pulled out his laptop and explained that he still had to print it out. The teacher nodded and allowed him to print out the essay and then turn it in to her, Arthur thanked her and went to grab his essay from the printer. Class went on without problems after that, well, excpet for a comment that was made by another classmate to Arthur.
----------
Arthur walked into his dorm room and plopped himself down on the couch, he was exhausted form his classes and just wanted to sleep. His peaceful moment was interrupted by a knock on his dorm room door, Arthur stood up and walked over to the door. When he opened it his senses were immediately flooded with the scent of pine needles an eucalyptus. "Hey Arthur! how funny that we see each other again on the very same day we met," he said happily to the omega. Arthur didn't look at the alpha,"what are you doing here?" he asked Oliver,"we're roomates!" he announced energetically.
The omega nearly stopped breathing, roomates? with someone as energetic as Oliver? Arthur was in for some interesting times. "Oh, okay then please come in," he said in an almost whisper, Oliver happily came in and looked around the dorm room. It had grey wallpaper, a cream colored couch and coffee table, and a card table with a single chair.  "You can sit down, we're roomates now afterall," he said quietly 'I wonder why he speaks so softly..' Oliver thought to himself.
Arthur walked to his room and decided to change clothes since the ones he were wearing were a little sticky form having soda poured on him earlier that day. He slipped on a black sweathshirt with a moon on the chest and some black leggings. Arthur walked out and Oliver blushed slightly while looking at the omega, he looked adorable in the oversized sweatshirt. The omega was what a lot of people would call beautiful, his short and neat black hair, his big brown downturned eyes, and his long eyelashes were completely alluring.
"Why are you staring at me like that?" Arthur asked, Oliver jumped,"oh I just think that you're beautiful,"  he said with a smile. Arthur frowned,"don't say that, I'm not anywhere near beautiful," he said quietly. Oliver frowned and tried reaosning with the omega,"just...stop, don't lie to me anymore," he said.
-----------
Arthur sat on the couch with his knees pulled up to his chest, he was watching a soap opera that was set in the 1700's. The main protagonist had fallen in love with royalty and she was trying to get noticed by him, but to no avail. He didn't know why he watched these kinds of shows, he just had an attraction to them because of the stories they told. Arthur knew nothing romantic would ever happen to him like in the soap operas he watched, but it was good to dream. However, the omega had no idea how untrue this statment was, someone had indeed fallen for him and it was only a matter of time before they told him. 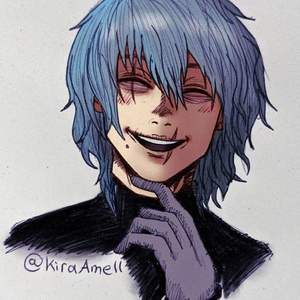 Was this dropped or is it now somewhere else? It looks promising and I wanted to read more if available. 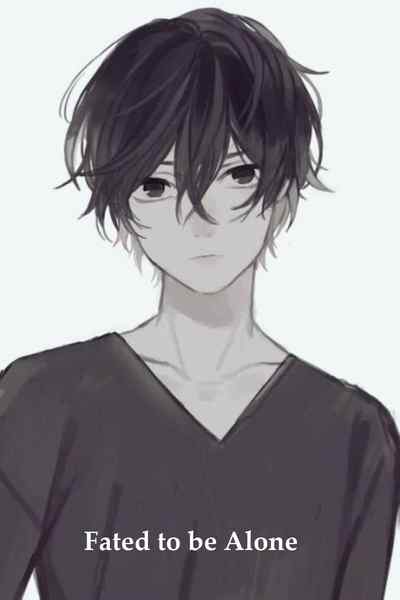 Fated to be Alone

"I've been alone ever since I can remember, why now of all times would someone want to associate themselves with me?"

Arthur had been alone ever since he could remember, after figuring out his second gender his parents threw him out. He was sixteen when that happened, and he had been living alone in an apartment ever since.
Subscribe 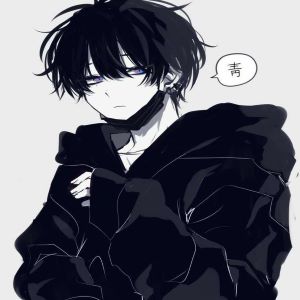