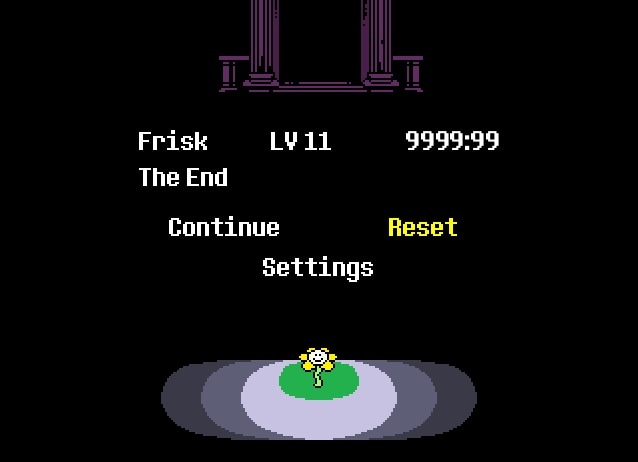 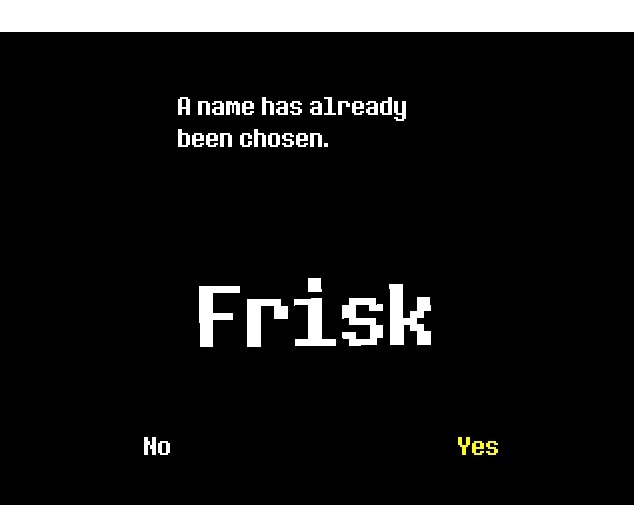 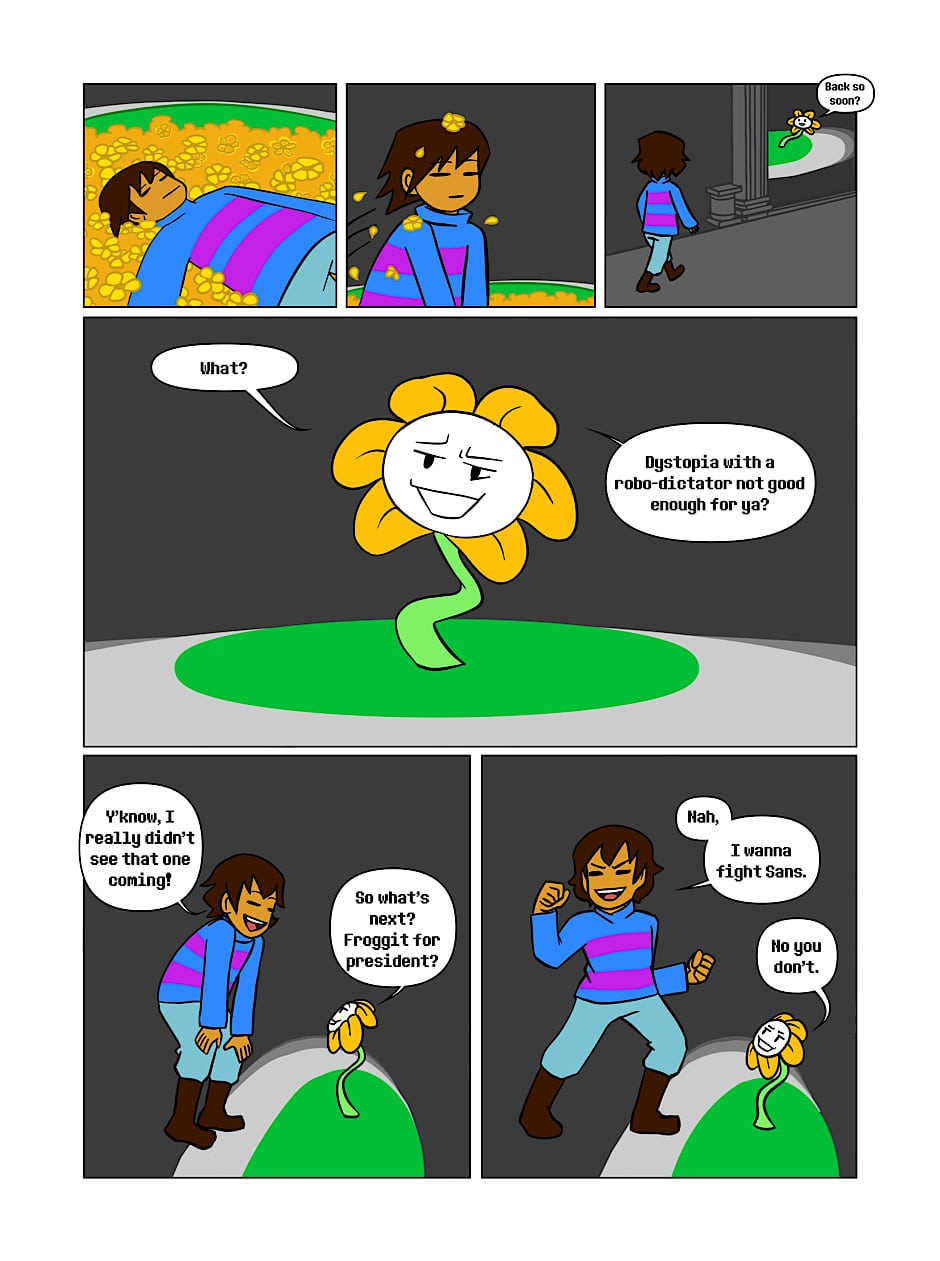 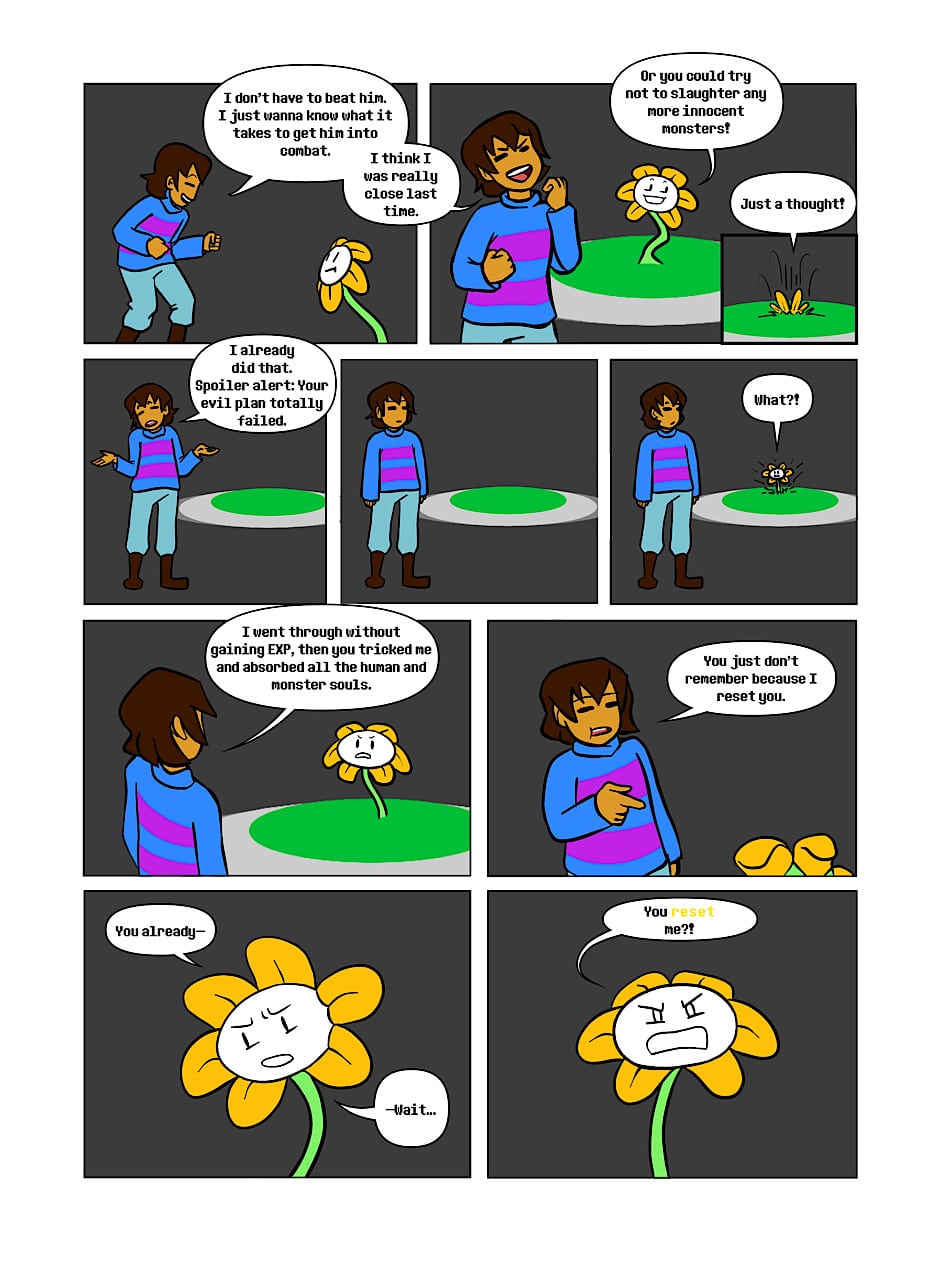 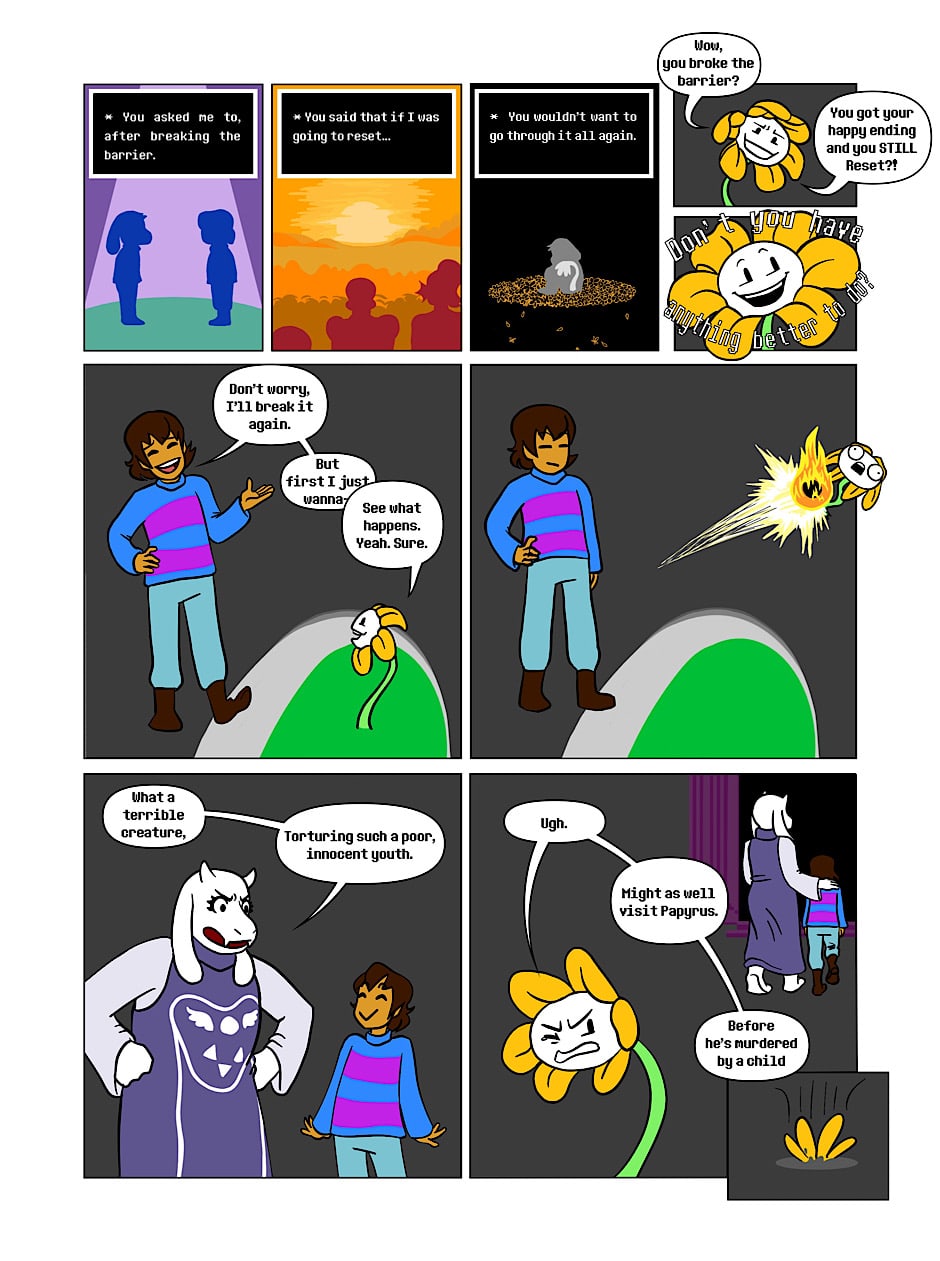 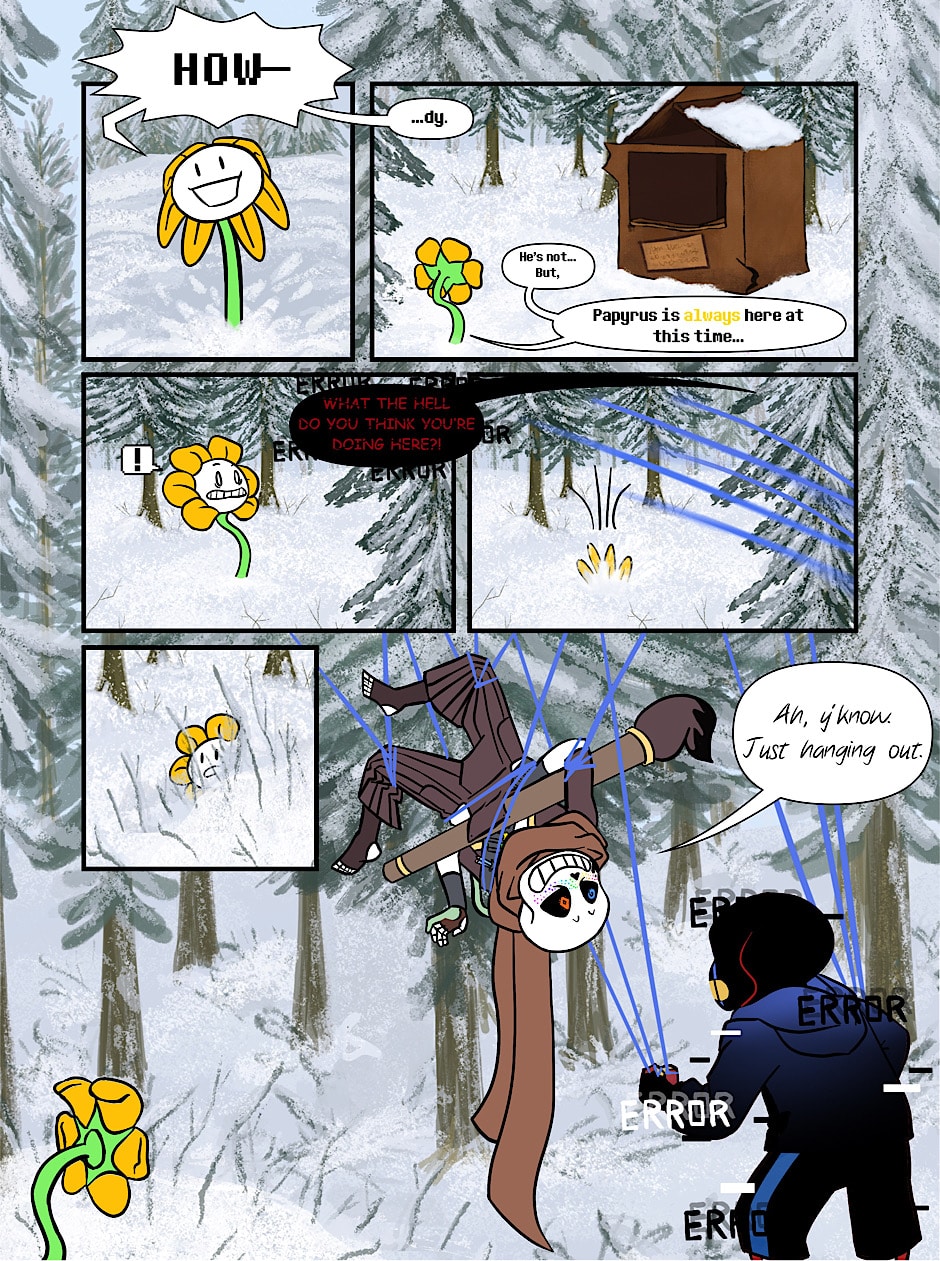 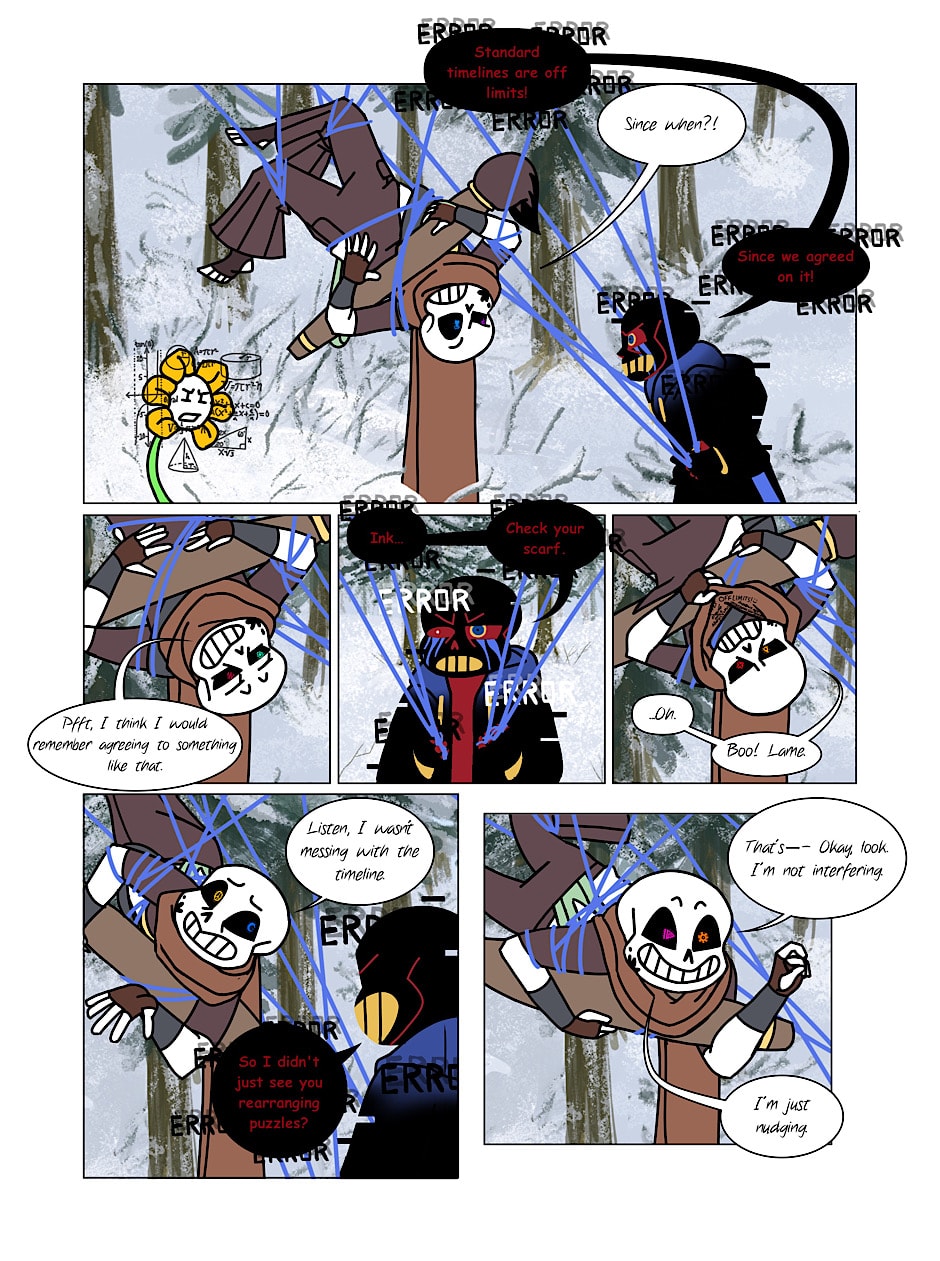 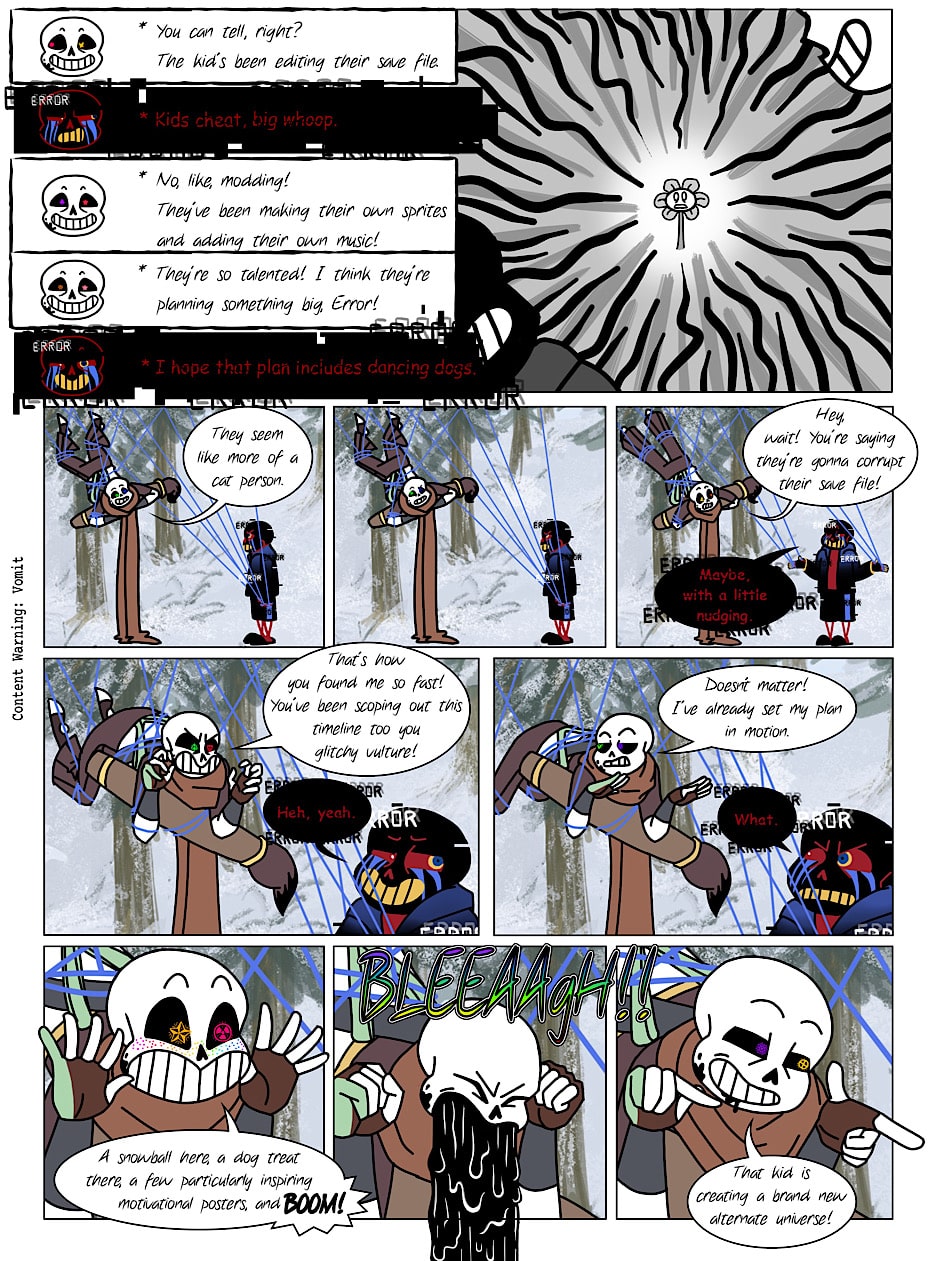 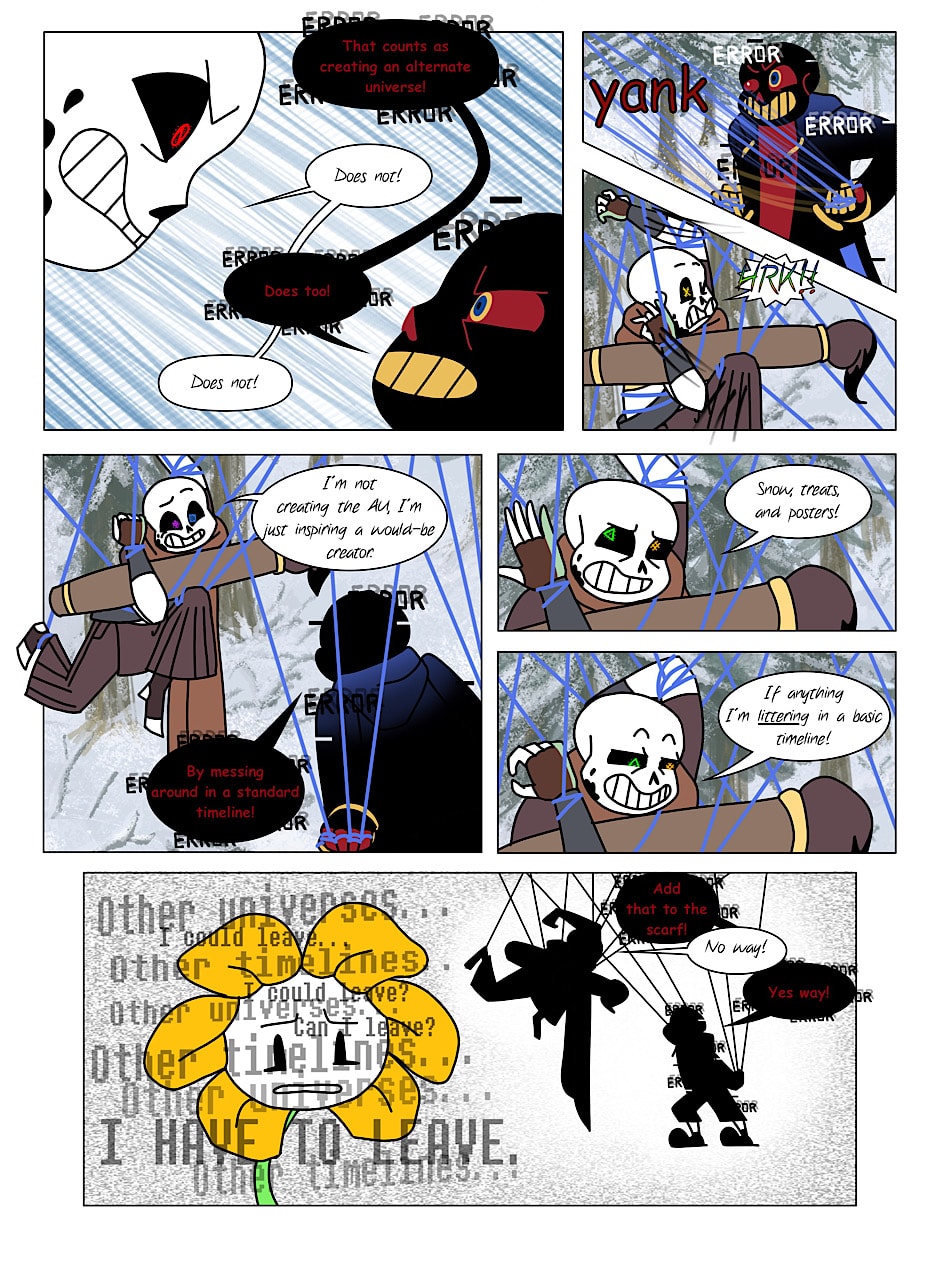 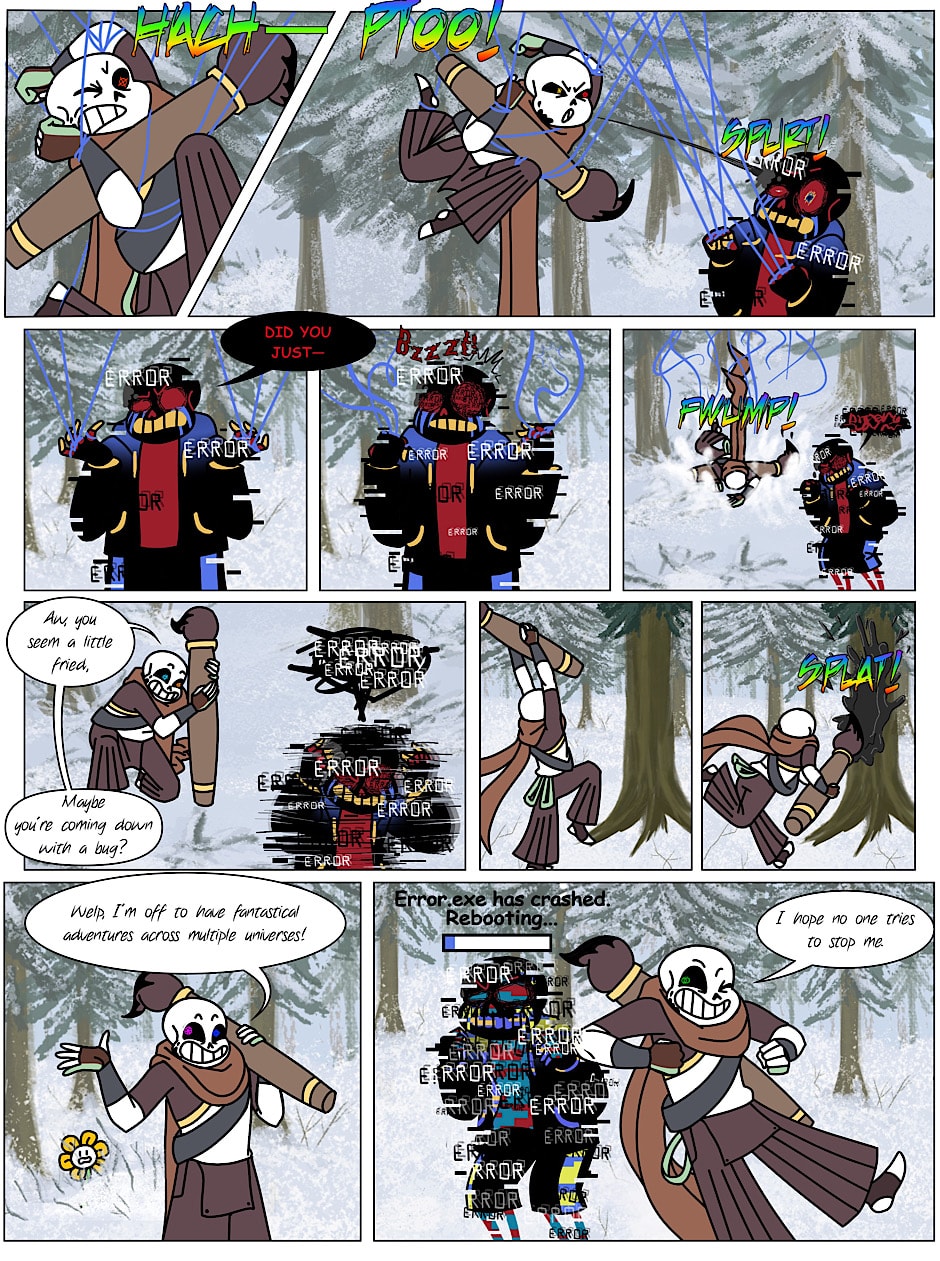 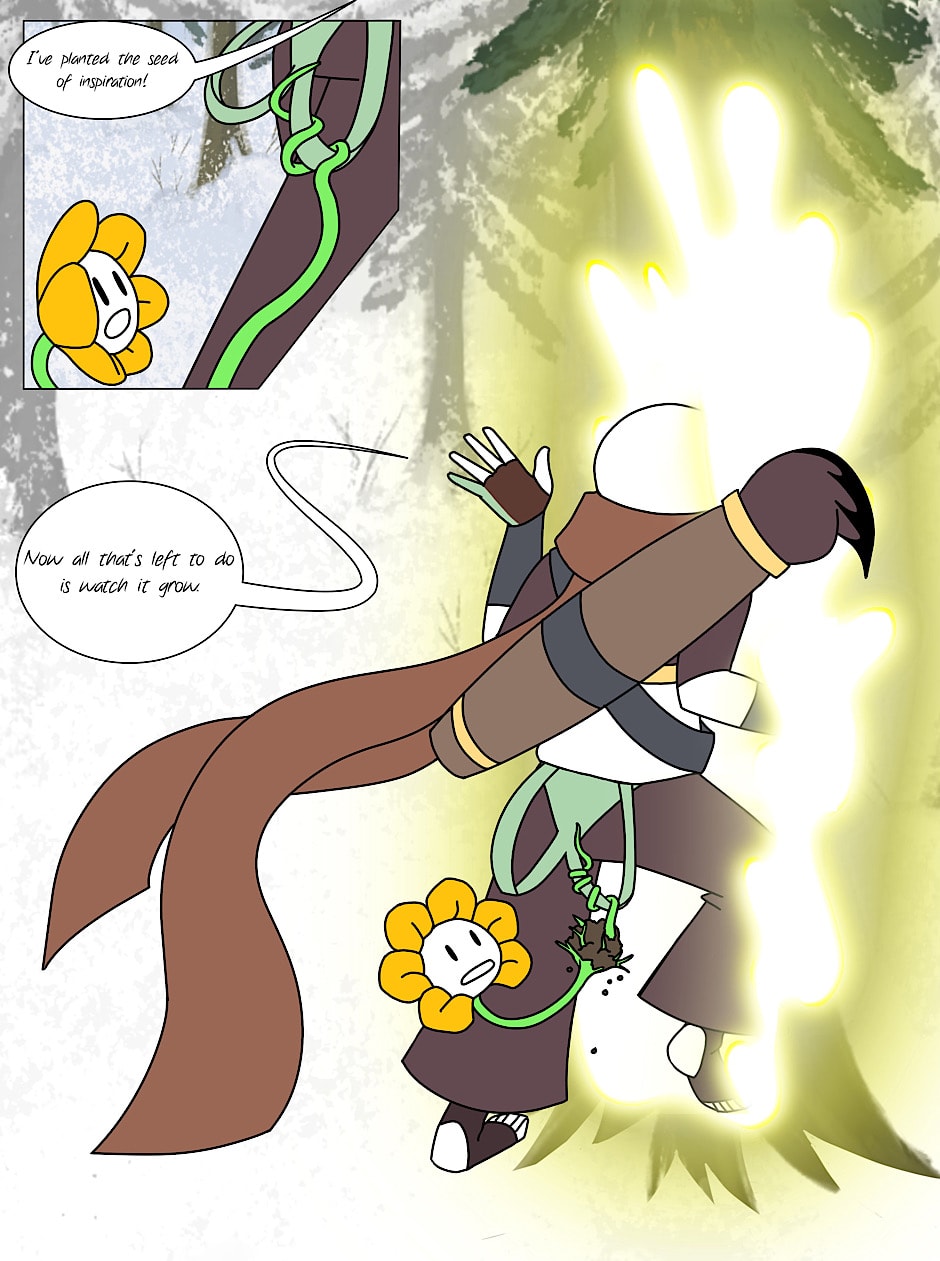 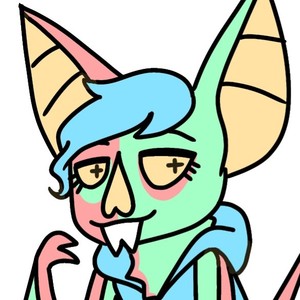 If you like this comic so far, and you have Tumblr, please think about hyping it up with a reblog :)

Hey its me from Tumblr, and YEAAAHHHHHHHHHHHHH
THIS SI GONNA BE ONE OF THE COMICS THAT EVERY TIME I OPEN THE TAPAS APP, I CHECK IF IT UPDATED
SDFKJDSFSD 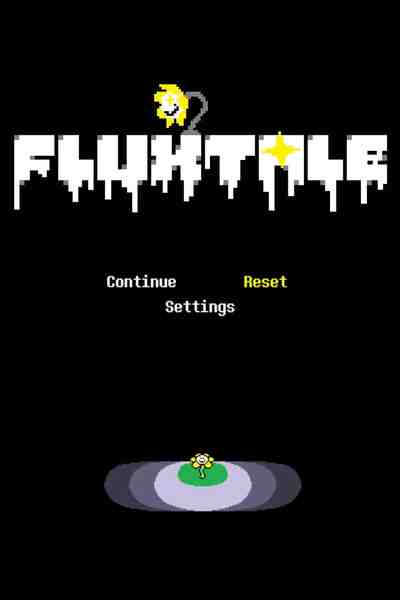 An Undertale fan-comic about AUs that is an anti-AU (like "anti-hero" not like "against") while also technically being an AU.

You'd best tuck those expectations in your pocket before they get subverted. Look listen look I know it's gonna seem really Doctor Who at first but I swear the train does not stay on those rails for long.

FluxTale isn't about the setting, it's about the characters. Primarily Flowey! But yeah there'll be some Sans stuff too, I know how fond you all are of him. 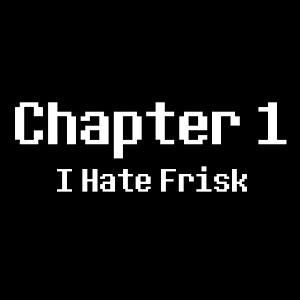