A hush falls over the food court.

I reach for my glasses, regretting regaining my sight immediately. All eyes are on me, the dumbass laying face first on the floor after tripping over his untied shoelaces. That shouldn’t be too bad though, right? It happens, some people will laugh but, y’see, a moment ago I had a tray full of food. Now I don’t.

Where did the food go, you my ask? Well…

“Matt, you’re completely covered! Do you need me to run you to the store?”

“What idiot still trips over his shoelaces?”

“How is he going to pay for Matt’s clothes? They probably cost more than our college tuition.”

I would feel bad, except they’re right. I am all kinds of doomed.

Looking up, I stare into the cold blue eyes of Matthew Jeneviere. Even his name has a nice ring to it, fitting for the young superstar. And that should be enough to give one a good description of his appearance; picturesque. Even when covered in my lunch he looks like a model, chiseled cheeks, thin eyes, tousled brown hair, shoulders wide enough to carry a truck and the height many would kill for while wearing a Gucci shirt...that I just dumped my entire lunch on. In front of the entire food court.

“What are you doing? Apologize!” One of the many girls that follows Matt like he’s the next Messiah hollers at me with a scowl. Others are mimicking her expression.

What?! It’s not like I did it on purpose. I—geesh—they’re looking at me like I just kicked their cat.

Damn stutter. I was teased like hell for it in elementary school and it always comes back with a vengeance when in times of stress.

Matt’s bodyguard, whose name I have never heard, follows him everywhere; a man that looks to be in his early thirties with short black hair and brown eyes. He’s shaking his head with a smirk while Matt remains motionless in his seat, eyes narrowed on me. I wish he’d at least scowl. The blank expression he’s wearing makes this even worse!

“It’s fine,” Matt says in a monotone voice that has those around him in an uproar.

“It’s not fine! He completely ruined your clothes!”

“Dude, he should pay you back.”

Matt grabs his backpack and slings it over his shoulders. All watch in a mixture of terrified fascination when the boy stands, looking like he’s getting ready for a movie shoot rather than simply getting up to leave. Without a word, he walks away, a few of his “gang” following along behind muttering all kinds of nonsense while I’m left wondering if I’m going to be receiving a very expensive bill.

Shit, what am I going to do?

Suddenly, there’s an arm around my shoulder. I jump in shock, finding my new friend and roommate, Tori. He reminds me of a fox with his crazy black hair and constant sly smirk. He’s the type to get into trouble, the type I avoided in high school but now find myself rooming with in the dorms. Not that I mind, he’s been nice to me so far.

Tori is grinning from ear to ear when he says, “Not to be a dick, but that was the best thing I’ve seen in my whole life. Thank you, Dana.”

I groan and angrily ruffle my mess of red hair. Why me?! Why Matt of all people?! I can’t pay him back. I already don’t have money!

“What?!” I scream, grabbing the phone Tori is waving in my face. Sure enough, our school is tagged in a tweet about my dumbass spilling food on Matt. The votes and comments are coming in like crazy and, only a second later, a link to YouTube is posted. “I’m so dead.”

“True, true.” Tori pats my back with a smile. “It’s fucking hilarious.”

“If you meet up with him again to beg for mercy, could you ask for his autograph for me?”

“I bet it’d sell real good online.” Tori actually starts to investigate how much Matt’s autograph goes for. I roll my eyes and stomp off, ignoring my growling stomach because how can I eat during a time like this?! I can’t buy anything again for years in order to pay Matt back for that stupid Gucci shirt!

I walk faster, keeping my head down from all the amused eyes and snickers. It’s not even safe outside the food court. Students are already checking their phones finding the video that will spread like wildfire.

College was meant to be different. Growing up being teased for every possible thing; my name, my glasses, my freckles, my height, all of it has been looming over my head for as long as I can remember. I’ve been the loser, the outcast, the shy one that blended into the background or the nerd that was shoved in a locker my whole life. But times have changed. I’m not in that small town school anymore where I can’t escape my past. I’m in college, away from old classmates and capable of rebranding myself.

During high school I worked my ass off, applied to a good college and moved in hopes to start a new life and I accomplished that. I got into college. I moved into the dorms. I started making friends, like Tori (even if in this instance he’s being a jerk) but now I’ve gone and messed it up. Is this the world telling me that I can never change? What kind of messed up fate is this? I want a replacement!

What celebrity goes to college nowadays anyways? Don’t they buy their way into places like Harvard or stick to online schooling?

Because of Matt the campus has been in a complete uproar! I’ve seen him in plenty of magazines and commercials the last few years, but he’s best known for his dramas and movies. Once I actually picked one up, some soapy romance between teens that I thought would be awful, especially with Matt’s constant apathetic expressions and monotone voice. Except the movie actually moved me to tears and Matt was such a great actor that I seriously couldn’t believe it was him.

How did the boy that cried and laughed so realistically on camera turn into a statue in real life?

Students from all walks of life are attempting to befriend the quiet freshman. There’s always a group around him and you know when he’s nearby because you can see the fans and hear them kissing ass. From what I heard through the gossip (which I hate listening to, but I am never in the loop with celebrities so it’s all I got), Matt took two years off, practically dropped off the map until he appeared at school a week ago. The guy has made for great headlines and there’s paparazzi scurrying around town constantly in hopes for a scoop.

My blunder becomes their next scoop because, sure enough, I wake Tuesday morning with every intention to live my perfectly normal life only to be assaulted by reality. More specifically Tori’s phone in my face with that YouTube video pulled up to show it surpassed two million views in less than 24 hours.

“That’s not all.” Tori clicks through his phone showing me that there are news articles, reposting's, meme’s and even reddit threads. Some not so nice people have left some not so nice comments about me, the supposed jerk that apparently spilled the food on purpose.

“On purpose? Why would I do that on purpose?!”

Groaning, I fall into bed, flailing about like a fish out of water. Tori is sitting on the edge of said bed, shrugging his shoulders while kicking his feet happily. “Says here you are an anti fan that wanted to make Matt look bad. I think you are going to need a bodyguard more than anyone else.”

I sit up fast, grabbing Tori by the arm when I do so. He looks me up and down curiously, wondering why I’m staring at him like a mad man until I ask, “You don’t think some crazy fans will jump me...do you?”

“I don’t know about jump, maybe chase and beat, but I don’t think they’d jump.”

“Do you take anything seriously?”

“Dana, how can I take this seriously? It’s the most ridiculous thing that has ever happened, but somehow, I’m not surprised it’s you.”

“Thanks for the support.”

“You’re welcome!” Tori pushes me back in order to stand. Stretching his arms high above his head, the boy yawns and says, “Get ready for class. At least I’ll be walking with you to math, but you may want to look into getting some help from campus security later.”

Laughing like a hyena, Tori walks away, leaving me to wallow in my misery.

What am I meant to do now? My college life has ended before it even began. And here I was doing so well! I’ve even been invited to my first ever party this weekend, only because Tori was invited thus he invited me, but still. Now I wonder if I should go. Parties have never been my thing but I’m trying to find my “new” thing. I don’t want to be the same Dana as I was in high school. This was meant to be my chance!

But some untied shoelaces had to go and ruin it.

Update Schedule: Every Monday
Welcome to my newest story that if you are expecting anything grand from, stop now lol All that "we know Twoony" stuff, THROW IT OUT THE WINDOW! I wanted to make this pretty ridiculous, fun and silly y'know? This is a side project, which is why we're sticking with a once a week schedule. Hopefully you'll all enjoy this anyways ^^ 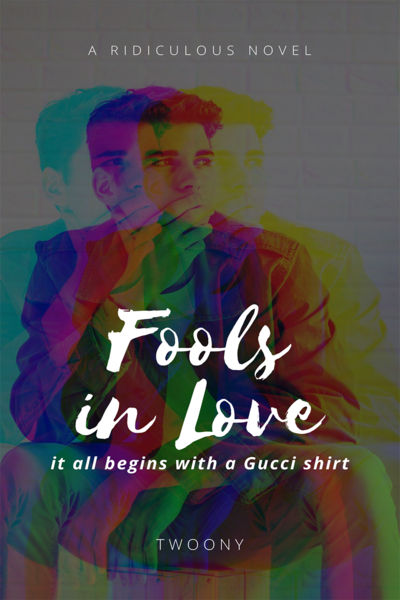 Dana Thommens wants a normal college experience. Unfortunately, that isn't what he's going to get. After ruining Matthew Jeneviere's very expensive shirt, his life takes a drastic turn. The quiet and mysterious actor is a heart throb on campus and this heart throb lingers in Dana's life until they're definitely at least friends, but perhaps on the road to becoming much more. There's nothing easy about liking a once fallen and now upcoming celebrity. The attention may be too much to handle, especially when there's far more opposing them than Dana could imagine.
Subscribe 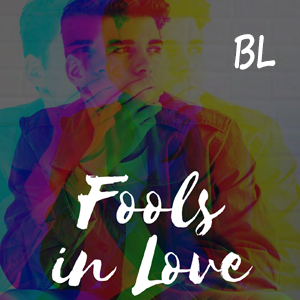