Foreign of Own Land

"For your breakfast." My mom handed me a lunch box.

"Thank you, Mom." I put the lunch box inside my backpack.

"Sorry, Ingrid, that's the only thing I can prepare."

I nodded and started heading towards the front door, but before I could get there, my mother caught my hand. Her eyes were red and glistening.

"Mom? Is something wrong?"

She didn't reply. Instead, my mother wrapped her arms around me and supported me against her chest.

"You are such a blessing to my life and I am so proud of the man you have become. You are more perfect than I could have ever dreamt when I found you back then," She whispered just loud enough for me to hear.

Her trembling hand gripped me tightly as she continued. "Ingrid, you are my son."

My mother paused a moment. Tears welled in her eyes as she bit her lower lip in an effort to keep it from trembling. "Never in my life would I think of you as an adopted son."

My mother's breathing came out in strained gasps. She could only gag out the never-ending sobs as I kept my arms tightly around her.

"You will always be my mother," I whispered softly into her ear. "Thank you for loving me, as you would your own son. I could never ask for a better mother these last fifteen years." I replied as I kissed my mother on her cheeks while still holding her tightly.

We embraced each other for a while before I heard Adellia's footsteps walking down the stairs.

I sighed, lifting my sluggish body off the bed and leaning against the headboard. I stared holes into the walls and decided that it was time for me to get up from my bed.

Grabbing a fresh towel from the closet, I entered the bathroom. I turned the shower all the way to the left and set it to a scorching level of heat. Just the way I liked it.

If my thoughts were to be visible, they would be an inverse explosion. Chaotic turns and twists of light all coming together to form just one idea, one word—Ingrid.

It has been one month since he arrived back from his journey.

I turned off the water and exited the shower. I wrapped the towel around my body and turned to look at myself in the mirror.

Minutes passed by into what had seemed like an eternity. I had looked up gradually and swallowed my saliva.

Muscles had bulged all over his body, his bulkiness budging through his long-sleeved blue shirt. I could have told his physique was that of a fighter. His scent, one that had been indescribably addictive as I had felt a sudden pull between us.

It was as if my legs had walked on their own accord and soon I found myself standing only a foot from his chest.

He got taller, I thought to myself.

His blue eyes had shone with intensity. I hadn't seen anything as beautiful as his eyes before I had met him. They had reminded me of water being blown by a gust of wind.

His features were unlike any other person I'd ever encountered before. His jawline was wide, giving definition to his face. His nose was sharp and his eyes were bright and burning with intensity. His beauty was unparalleled, so indescribable. So incomparable.

I shook my head and snapped out of my reverie. I headed outside towards my navy blue backpack, that sat on the floor, situated right by my half-empty closet.

I grinned widely, grabbed it from the bag, and put it on along with a pair of black stockings. After putting on my black shoes, I was out of my room.

As I made my way down to the front door, my mother met my gaze, the edges of her lips curling up slightly. I couldn't help but notice that her eyes were a bit red.

After we parted, I made my way down the front stairs to where Ingrid had been waiting.

I still recall the immense happiness that took place the moment I saw him. He was gorgeous. His blue-ish eyes gleamed through the light of the morning sun.

Ingrid turned to me and I felt my heart flutter as he asked, "Are you ready?"

I staggered back in surprise. I cleared my throat, disconnecting myself from my preoccupied trance, and lifted my gaze to his mesmerizing deep blue eyes. It took a lot of courage to maintain eye contact with him. My fingers felt jittery and I had to ensure that my voice didn't wobble when I spoke, "I'm ready."

Ingrid nodded and turned around to walk away, but before he could, I stopped him. "Wait."

He turned around to face me, patiently awaiting my answer. His posture was faultless, it made me feel insecure about mine. I stood up a little straighter as I asked him, "Where to?"

With a splashing sound we teleported away.

Welcome to Foreign of Own Land. I'm glad that you decided to read this work of mine. If you have anything to say or comment on, I would be more than happy to hear from you in the comment section.

If you would like to come and have a chat, please come and join the community discord where you can chat with Fuzed (the editor for this chapter), and also check out his series, Occidendum!, on Tapas.

Once again, thank you very much for reading and i hope to see you on the next chapter! 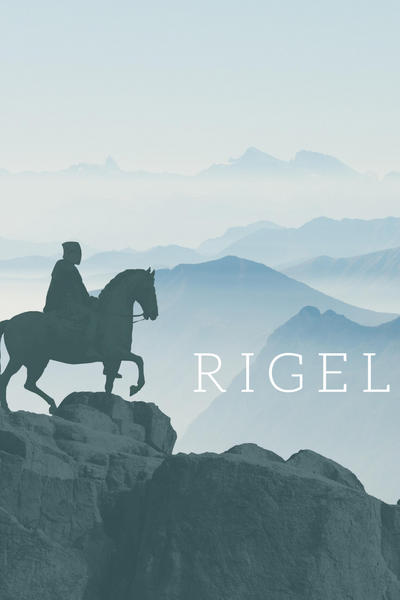 Foreign of Own Land

In a world of powers, and technology, the strongest men alive must rise to overcome the greatest evil and discover a thousand years of mystery and secrets.

Ingrid, has decided to study at Rigel Academy and his life will soon change, he discovered that the world he lives in is not as simple as it looks like.

This story also tells about friendship, sacrifice, loyalty, and courage to always stand up for what you believe in. Because in reality, that is the greatest power in life.
Subscribe 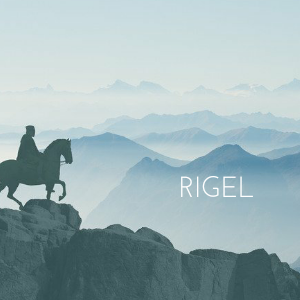