14 years ago is the year I had my first friendship. I could still hear the sounds of children screaming during tag, but I wasn't like the others. During recess I would hang upside down on the monkey bars like a vampire bat. I had a lonely childhood until 4th grade.

I was hanging on the monkey bars when out of the corner of my eye I saw a boy yelling. I jumped off the monkey bars and started running towards him and 3 other boys. “What are you doing?” I asked the tallest boy

“None of your busine-”

“We’re just… playing? But we are finished now,”

The tallest boy rolled his eyes. At that chance I grabbed the shortest boy and ran. “What happened?” I questioned.

“Those 6th graders were ruining my hair! I spent hours perfecting it.”

“Please shut up, and stop rambling.” I said.

“Ok, but thank you for saving me from those bullies. By the way my name is Caleb. Caleb Gwen,”

I walked back to the lunchroom with my new friend. After recess I had lunch but because Caleb and I were in different classes we had to sit at different tables. One of the lunch patrols Ms. Klein had started walking towards me while I was staring at Caleb talking with his friends. “Your table was called 10 minutes ago Naomi lunch is almost over.” So I ran onto the short line of kids. The lunch lady today always disobeyed the mandatory rules, like wearing a hairnet, gloves and washing your hands. So instead of having a delicious grilled cheese sandwich I had to have a salad, I was already thin enough. I ended up not eating. I just wanted to meet up with Caleb after school.

After lunch I walked back to class. During class I got called down to the office. I was worried about what had happened because Mrs. Smith had a worried look on her face. “Is everything a-alright?” I stuttered.

“Everything is going to be fine.” she said. I knew she was lying because she wouldn't look into my eyes. I grabbed my bag and walked downstairs to the 1st floor. My dad was in the office, I could tell he had been crying because his eyes were red.

“Let’s go home.” he said his voice breaking as he said it.

“What happened?” I asked curiously.

He responded,”I’ll tell you when we get home.”

The rest of the 15 minute drive was dead silent. It felt like It had lasted for an hour.

“Your mother died in a plane crash on her way back from her business trip to Ireland.”

I started crying. One by one the tears fell down my cold face. My father started crying too. We were sitting in the middle of the living room alone without my mother. The next day I didn’t go to school, I didn’t even get out of bed. My father knocked on the door. I just let out a large moan that signalled for him to leave. After another 1 or 2 hours I got up, and walked to one of the few pictures of my mother. Why is it always me. A few weeks passed again. I was still in my room and I never left my father had brought me food every day and night. I walked out of my room for the first time in weeks and was I saw terrified me. My last family member was about to kill himself. He just looked sadly at me. He took the shotgun raised it to his head and started pulling the trigger.

It was too late. “Dad…” I whispered to myself. I didn’t know what to do. We don’t have any phones in my house. The police station is 3 miles away I can’t walk! I started walking through the puddle of blood my father had made. I had to go to my neighbors house but I had never interacted with them. I walked to their front door, blood tracking behind, tears in my eyes, in my pajamas. Mr. Jenkinson opened the door eyes-widen as he looked at me.

“No sir, it’s actually Naomi but besides that this is important.”

As I told him the story his light blue eyes got larger. He called over his wife.

“Honey, this child might be disturbed,” he whispered to his wife.

The couple looked at each other and started walking with me back to my house. I opened the door the bottom stained with blood. After seeing the body the couple took out their phone.

“Officer we’d like to report a murder case.” The couple said into the phone.

“No! It’s not like that!” I attempted to yell into the phone.

“We’ll be there right away.”

Mrs. Jenkinson grabbed my arms and tied them with her spare hair tie. I was just afraid that Caleb might find out. I hope I have to move far away with some family member. The policemen knocked on the wooden door.

“Come in!” Mrs. Jenkinson yelled while blocking my mouth. The policemen slammed the door open and hopped back in surprise as they saw the dead body of my father.

“This is the child who committed the crime!” Mr. Jenkinson yelled at the policemen. The policeman in the front of the small group pulled off the hair tie and replaced it with metal handcuffs. I was slowly dragged out of my home and thrown into the police car blinding me with it’s red and blue lights. 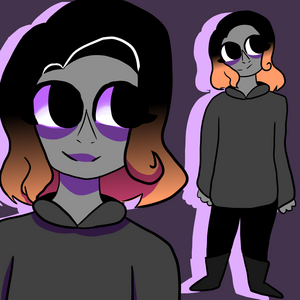 Just a lil intro to the story

all the thumbnails are gonna be weird because i lazy 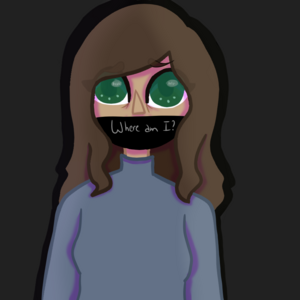 Some garbage story i started writing in 6th grade being continued when i feel like it. WARNING VERY EDGY AND DARK

sorry for the unrelated thumbnail and banner 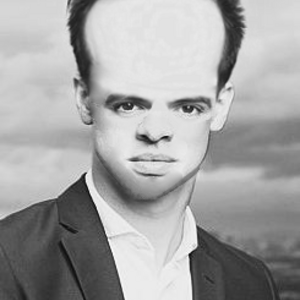