A long time ago, there were Witches.

It was general knowledge that every thirty-three years at the turn of the century, a Witch would be born - a girl with red eyes who, besides those eyes, was perfectly normal in every way up until some point in her adolescence. During this time, she would suddenly awaken to a ridiculous amount of magical power, become near-impossible to kill, and live naturally to be exactly one hundred years old.

Their powers could be used for great good or great evil, but they were generally feared. Those with red eyes were sometimes killed in their youth, spoiled or neglected out of fear, or hidden away by those who did not want to believe their child’s fate.. Those who ended up good did little to ease the public’s prejudice against witches, but lived peacefully enough to ease their minds.

In spite of incidents here and there of Witches conquering lands or obtaining more power, the world had to accept this as the norm. There was little anybody could do against the powers of a Witch.

So imagine, if you will, the fear of all three alive working together.

Such was the case of the triplets. Nobody is sure where they came from, or what made them so twisted that they all agreed ruling the world together was a good idea. The past three Witches had died prematurely, so they held all the power. And they used it to live the good life, in charge of humanity, killing who they wished and getting whatever they wanted, close as siblings could be.

Until a servant girl was sent to them as an offering.

Despite being fairly average, she managed over time to capture their hearts. Some who hear of her story suggest she was sent there for that exact purpose, using charms or potions to make them fall in love with her. Others say perhaps the triplets had never known kindness beyond themselves, and were very easily smitten. Whatever the case, they all were in love, and this undoubtedly drove a wedge between them.

Eventually, they began to fight. A large chunk of the world was entirely obliterated. The girl could do little to stop them, no matter what she tried, and eventually they realized her sadness. They decided to allow her to choose who she loved, but she could not - she had seen their true selves, under the power-hungry masks they put on, and had come to love them all in turn.

It is uncertain what reason led them to their next action, but it was all agreed that they would give up their power - and therefore their lives - to her.

However, with so much magic in her human form, she could not withstand it.

The four of them died, together, and for a time the world was quiet.

And it remained so.

Witches were little more than legends, now. None had been born in centuries, and magic had all but faded from the world.

And then Freya was born. We start with the legend of Witches, who haven't existed for a long time. An old maid's tale?

(Series thumbnail to be updated later, I'm on a school computer so uh... there's an image of Freya for ya~) 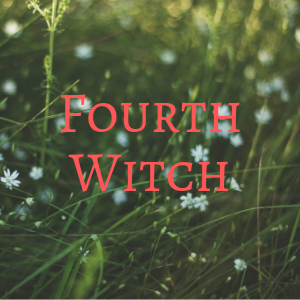 Once upon a time, three witches gave up their lives for a girl. 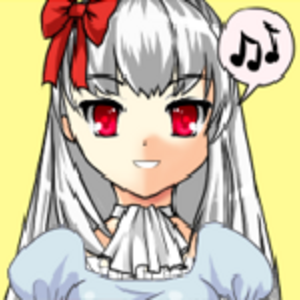