Hayden stared at the steep embankment in complete and utter shock. The blade he had taken from one of the guards still clenched in his fist. The guards joined him with varying expressions.

One of them walked over to the edge as close as he could. The whole cliffside had been marked with the deep impressions left from the wagon when it skidded its way down before disappearing into the dark forest below.

“The king shall have our heads,” he said, finally breaking the silence.

“No not ours, but rather…,” replied another. Hayden suddenly sensed all of the guards staring at him.

“I had no choice!” he proclaimed, “ If I did not cut my horse free, it would have been dragged down by the wagon!”

As if to agree, his old chestnut mare neighed softly before going back to munching on the weeds growing along the dusty trail.

“Be it as it may, I doubt the king shall be very understanding about how you chose to save your horse over his gift from the Lord Isaiah.”

Hayden furrowed his brow and placed the blade on the ground. “Then let us go down there and retrieve it.”

The guards all burst into a hearty round of laughter. Hayden pressed his mouth into a thin line in annoyance.

“Surely the forest dwellers have looted the wagon by now,” said one of the guards.

“It would not hurt to go down there and at least see if the gift is still there,” said Hayden.

“Fine then. We will lower you down and if the chest containing the gift is there, then we will find a way to hoist back up onto the trail.”

“You are the reason we are in this predicament in the first place. But if it makes you feel better, you can take my blade with you.”

With no other clear choice, Hayden reluctantly agreed. They gathered up some rope and wound it around the trunk of an old tree. Hayden took one end while the guards held the other.

Taking a deep breath, Hayden gripped the rope and slowly made his descent down the embankment.

To his dismay, the whole side of the slope was muddy and covered in patches of thorny weeds that caught onto Hayden's clothing.

He had managed to get a little more than half way down when he slipped. Hayden fell face first into the slope. He tighten his grip on the rope to keep himself plunging into the forest just as his wagon had.

"Careful now. We cannot have you become a pile of broken bones," said a guard. Hayden muttered under his breath.

Undeterred, Hayden tried to pull himself back onto his feet. However the weeds held fast to his clothing. Most notably his cloak. With one hand on his lifeline, Hayden fiddled at the clasp with the other.

Finally it came undone. Hayden took hold of the cloak and tossed it aside. Now free he pulled himself up to his feet.

Hayden stepped backwards. His foot came down on something soft. The cloak. Before he could react he slipped, losing his grip.

The driver frantically grasped at the rope and weeds only managing to grab the wretched cloak. And so down the embankment and into forest Hayden went.

Hayden opened his eyes. He had come to a stop on a patch of wild grass. He sat up and calmed himself before saying a prayer of gratitude.

"Hayden! Are you still alive? "

Using a tree as support, Hayden stood up on his shaking legs. He then grabbed his cloak and made his way back to the embankment.

"Yes, I still live." he called out to the guards.

"Hold on. Let me look around."

Hayden found the grooves in the earth the wagon had left behind and followed them. They lead him to the wagon which was smashed against the trunk of a large oak.

"At least I still have my horse," he sighed. Hayden went over and searched through the wagon's remains. To his dismay, the chest was nowhere to be seen.

"How could it be already gone?" Hayden said aloud.

Hayden crouched over the ground. A deep square shaped impression surrounded by footprints could be seen in the dirt. He got up and walked in the direction they pointed to.

Up ahead walked two men. Between them they carried a large and heavy object. The chest.

Hayden opened his mouth to call out to them, but decided against it. Instead he stayed close to the trees for cover and followed the two thieves.

The pair traveled deeper into the forest. Up ahead, random silhouettes of small huts came into view. The thieves scuttled over to the first of the buildings. With some grunts and grumbles they shoved the chest through the front door.

"Quiet now," hushed a one. Once they were inside, Hayden quietly crept over and looked through a window. One of the thieves pulled at the heavy iron lock on the chest, to no avail.

"We are going to have to break it."

The thieves searched the cabin for tools. Hayden held his breath. He pulled out the blade and looked at it. Even if he could bring himself to use it, there was still one of him and two of them.

He sighed and put it away. 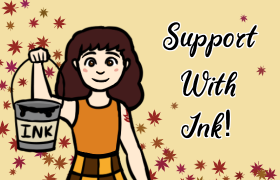 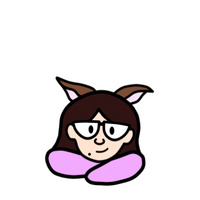 Hayden is a simple man with a simple job. Deliver a gift to the king. Finding it after losing it in the forest... a little more complicated.

Wasn't sure wether or not just post it as a short story. In the end decided to a series where I can add random short stories I write. 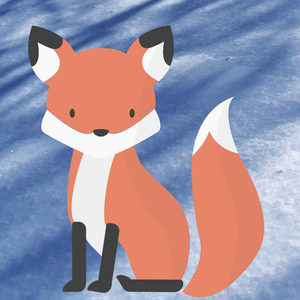 A collection of short stories.

Short summary of each story will be in it's description.
Subscribe 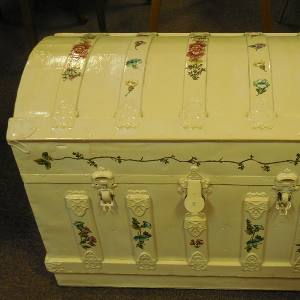