In the forests of Mageia, kingdom of magic and witches, hides away a human horde, a tribe. They call themselves Pale Moon Horde, as their magic grows when the moon loses its color.

Going a bit off of track, the moon losing color is a monthly occurrence. It's similar to the full moon but not quite yet. During the Pale Moon, the said moon (which we only got one of) disappears into the dark sky. It's not seen for a few days. As magic makes up most of this earth (also called Terasmos), the moon is a magical godlike entity. As it disappears, it sends it energy down to the human tribe and possibly other creatures. Now let's return to the original plot.

It's March, snow is still seen in many places across the forest, but trees and grass is already green. It happens so fast. Humans are going about their day quite normally. Hunting, planting, arts. And here is our main focus, main character - Kai. As of now he's 19 year old, son of Celina - the tribes only doctor. Kai's father, Vidar, is the main hunter, he leads them.

Kai has also a younger sister, Khamila. She's 13 and help her mother treating the sick. Another Khamila's hobby is gardening.

Kai and his father just come back from hunting, they've hunted a deer.

"You're getting way better with that bow and arrow" Vadir praises Kai, as humans aren't as modernized and fall back alot they resort to using weapons as arrows and spears.

Kai and his father meet up with Celina and Khamila at the tribes small clinic.

Before they could exchange any words, screams were heard from the forests. Three hunters came running with urgent and deadly news. They say that outsiders have found the tribe, that they're all doomed.

"What do you mean? That's impossible" Vadir runs out of the clinic and approaches the hunters.

"We saw them! They're coming! There's so many!" one of the hunters tries explaining what he saw.

"Who? Who did you see? How close are they?" Vadir started considering that the threat at hand might be as real as the hunters say.

"The horned demons, we saw! They're setting camp near us. They do not look friendly" another hunter explained as he shook in fear.

"Ah, succubuses and incubuses. Not really demons but close. If what you say is true, this will get ugly." Vadir knows what's coming.

So you may be asking "why are the 'horned demons' such a threat?". So let me explain.

Humans have been hiding in forests, using their magic so that any other specie can't find them. Humans possess a special kind of energy in them called "blue life energy". Well most creatures, actually everything in this world is made of said energy. Humans just have 5 times more of it in their bodies. It gives them special abilities, and centuries ago rumors spread that human blood contains massive amounts of energy (which is true). Human blood can heal wounds, and that's why other species want it so much. Of course humans can just be blood donors! Well they tried that, but it wasn't enough. Other species demanded more, so they began kidnapping humans. Extracting the blood and the blue life energy. In the process many, many humans died. It was a massacre. So that's why humans have resorted to hiding.

"Dad, what do we do?" Kai asks his father, and he has this heroic look on this face. Kai wants to be a hero, typical. Typical main character.

"Well, Kai, gather everyone, get weapons. If they attack, we defend" Vadir commands and Kai does as he says.

And so as Kai runs to gather people, it's too late. They're here. "Horned demons". They're wearing masks, to protect their identity of course. Kai and Vadir, and other hunters try to defend their home. They really try, but they fail. The succubuses and incubuses have guns, alot of modern weaponry. They catch every last human and push them into vans.

Do some escape? Yes! The children! Including Khamila. The masterminds of this kidnapping really did a stupid thing, they never planned to take the kids. They let them go. So going off track again.

Each magical creature, including humans, go through something called "magic puberty". It's the same as typical puberty, but instead their powers grow stronger. So kids, who haven't fully gone through it, won't have as much blue life energy within them. They're useless to the kidnappers! So yes, Khamila and a few other tribe kids run away in the forest seeking help.

Humans, now stuffed in vans, are taken to a special facility, where they will extract their blood and commit another mass murder. The entire ride is very quiet. Everyone's scared, they all know what's coming. Death is coming.

Also, no, Kai and nobody else notices that the kids aren't with them! They're in such shock that they pay literally no attention to details. Each one is prepared to die.

As they stop, Kai and his tribe get drugged. Their unconscious bodies are taken into the facility. Kai awakens soon after all the humans are put into special machines of sorts, that will help get the blood.

Kai can't even scream or talk, he only wants to get out. And so he tries, but moving is hard. He's almost in a paralyzed state, but he is still able to move his head.

He turns his head and sees his parents, all laying down on these bed like machines. And then a figure enters the room. Viktor Kuznetsov, the mastermind of this massacre, but of course none of the humans know him.

''You all know whats about to happen, and you cannot resist. All you can do is let it happen.'' Viktors calm voice fills the room, as he walks through it checking if anyone has escape on their mind.

A deadly dread awakenes in Kai, he doesn't want to die. Of course nobody really does. Death is a scary thing.

But oh, something goes terribly wrong. As Kai's blood is extracted, his abilities awaken. His need to live and get out become stronger. And then, like a miracle, he gets out! Kai got out! One of human powers is the ability to create quite strong energy blasts, and that's what Kai did. His powers at their highest level right now, he forgets about the others, which later will fill him with guilt. Kai breaks the door, walls, everything that's in front of him. And finally he is out. He is free.

''I should help the others'', the thought crosses his mind.

But it's already too late. Guards are coming, their running footsteps can be heard getting closer. Kai doesn't know where to go. He has never been outside his little tribe camp, this is a whole new world for him.

Running footsteps are right behind him, but it's not a guard. It's one of those ''horned demons''. A girl, a bit older than Kai, a succubus. Her skin is darker than Kai's, and her hair is long and flows in the wind. Kai startes at her confused, he prepares for the worst.

''Don't worry. I will not hurt you. I can't help you much but go down that road, but hide in the woods. They will try to find you. There's a town down there, someone will help.'' the girl points down the road, and quickly runs back into the facility. Kai quickly listens to what she said and follows down the road. 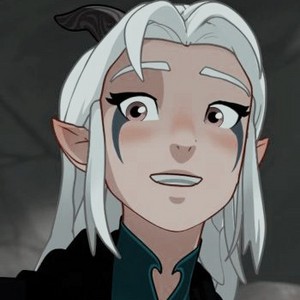 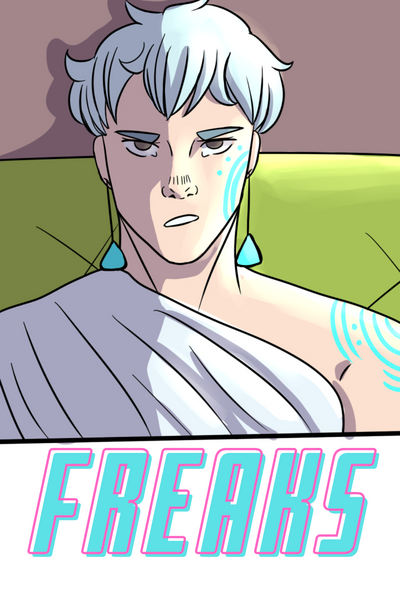 Kai and his tribe get kidnapped, but he survives. He later meets Lael and Onora who help him find out who is the mastermind behind the kidnapping. And so more mysteries unveil.
Subscribe 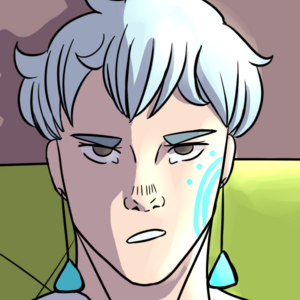