"An old man had once carved a wooden doll. This is a familiar story.

The loneliness he felt made him crave to have someone around and it was that feeling exactly which brought his doll to life.

Hmm this won't do it.

How about this one?

Once upon a time, there was a man who dedicated his life to crafting. One day, he decided to make his own puppet. Unlike the other puppets, he kept this one for himself. Made for it colorful dresses and fancy hats. Hmmm This also sounds like a familiar story. It was, again, the attention and care he offered, that brought his puppet to life....

This is not right.

Say, Pier, why is always that men make their own toys and then wish for them to be real?" The little girl asked as she looked up at her pierrot puppet that was sitting comfortable on the bed. The puppet with it's crystal eyes was staring in one spot, yet giving the illusion that was looking straight into her eyes.

"Of course he won't answer. Pier, also, is just a puppet..." said the little girl sad looking back into her books collection.

It was almost 7pm. The puppet was still looking at her with the same sad eyes as ever. "I know Pier.. I know. I want to spend more time with you, but mom doesn't like when I'm late for dinner." She started to put the books back in their place. "I don't know why mom doesn't like you. Wish i could freely keep you in my room all the times." Before leaving the room, she jumped on her bed, grabbed the pierrot puppet and carefully place it in a small chest.

"I'm sorry, Pier." said the girl with a painful voice as she closed the cover. Black. It was all black but her voice ringed once more "See you tomorrow, Pier." Faded sound of footsteps crossing the room. The sound of a door opening and then closing.

Everything that followed was silence and even deeper silence. The silence that was broken by a husky voice:

Pier was smiling. He didn't know... couldn't have known that what he did was wrong. "Look Emily! I did it. Now we can be always together." said he with a honest happy smile, when he turned around and his eyes met Emily's petrified expression. Tears started to fall down her cheeks while she was staring at her mother's body lying next to Pier. "W...hy... WHY DID YOU-" Emily suddenly stopped as her arm broke and fall on the floor.

Now it was Pier that was shocked "E- Emily!?"

The old man pull the strings and took Emily out of the box "Oh dear me. As fragile as always." then took Pier out of the box as well, place it on a shelf above his working desk. "No matter how many times i do it, she simply won't last until the end of the play." Taking parts out of Emily's body, trying to fix her, eventually giving up and throwing her broken body in a box full of identical dolls as her. This all was looking so familiar to Pier. "Don't worry Pier" said the old man excited "I will make you a new role-play partner in no time! How about i try make a boy this time? Emily is simply no good." ended he while shaking his head in disappointment.

The room full of toys that were trembling every time the Puppeteer was making a move, the fear of not ending up like Emily, he remembered it all. Each time he will end in a play and each time he will be fooled by it and he would believe it as being his reality. Yet each time when he was coming back to the actual reality, was unable to speak a word back to his master. But how could he? He was just a puppet.

"Let's play a different story this time, Pier." said the old Puppeteer. Pier with it's crystal eyes was staring in one spot, yet giving the illusion that was looking straight into the old man's eyes.

The sound of a small wood hitting the floor woke Pier from his thoughts. The old man looked behind him and saw one of Emily's arms. "It seems this box is getting full" said he as he bent, took the arm and throw it back in the box. The Puppeteer didn't moved a muscle when he looked in the box and notice that all Emily's heads were looking at him. They were all smiling. Someone started to laugh.. followed by more voices laughing.

All the puppets in the room were now looking at him.

Shaking from every part on his body, his heart beating like crazy, the old man frightened jumped and took a few steps behind toppled and hit his work-desk. Something fell on his head and he recognize that feeling immediately. He felt something crawling down his head and before even managing to look up, Pier's face appeared before his eyes. "Sure, let's play a different story this time." said Pier with a creepy grin on his face.

The old Puppeteer yelled in pain, while the toys were laughing hysterical, clapping in joy...

And all that followed was red... and more red. 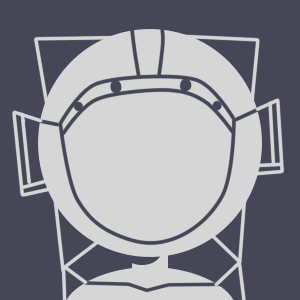 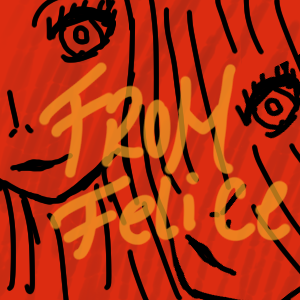 A collection of short creepy stories, told sometimes with a psychological touch. Each story is independent so you don't really have to check on everything, just pick something that grabs your attention.
Subscribe 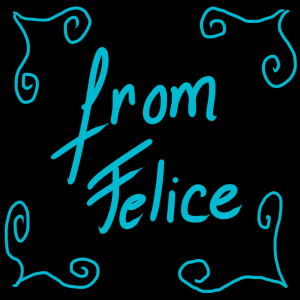