The Empire of Garan was a country in ruin.

It had not been destroyed by a war or famine, nor had it been plagued by corrupt nobles or scheming military men. Perhaps, in another world, these things would cause the country’s demise, each a tiny part of the death spiral that all empires inevitably face.

No, the Garan Empire had one solitary destroyer, and her name was Eira Mannan.

Her life came straight out of a fairy tale- a beautiful and kind orphan from lowly origins, rising through the ranks to become the resplendent Empress- or, at least, that’s how the ballads went, anyway.

Myths, stories, and music were pointless now, though. There was no one to hear them except the barren trees and frozen snow. That being said, one could say the eerie, hollow echo of the wind gusting through dead tree branches could count as a song.

It was a chilling elegy- a song mourning the mightiest power in the land torn asunder, the decimation of the once verdant landscape, and the deaths of every single life in Garan.

Well, all but one.

Eira Mannan, or, at least, a being that once resembled Eira Mannan, sat slumped over in the never-ending snow. Her once warm brown skin  was a frostbitten blue-black, her gem-like ruby eyes had dimmed to the color of dried blood, and her hair was matted and muddied. Yet, despite barely looking human, let alone Fae, she sat in the most noble position she could muster- her hands delicately crossed over her lap, the tatters of her dress over her knees, and a chillingly serene smile on her face.

The former Empress had been sitting in this position for months (or years, or maybe decades). Perhaps, in her weakened, battered mind, she was waiting for guests to arrive for some noble fête or soirée. She could afford to wait for an eternity- the bodies of High Fae were nigh immortal, after all. However, their minds were not, and eventually, her brain would relieve her of her imaginary duty.

If Eira knew anything of science, she would be able to explain that she was in shock- and who wouldn’t be in her position? In her twenty-one years of life, she had been married twice, a mother, and an Empress, before she’d buried all of that in an apocalyptic winter. Most would consider that a stressful (and maybe even somewhat fulfilling) life. Eira, however, knew better.

She was a puppet.

No amount of gold, jewels, or tightly-controlled power could hide the fact she was a young, naive, uneducated rube. No amount of courtly flattery, flowery prose, or state sanctioned ballads could hide that the other nobles had mocked her to her face. And there was nothing that could distract her from the absolute truth that her husband had loathed her. At least the last one was mutual.

For the first time in a while, Eira blinked, shards of ice falling from her eyelids. How long had it been since she’d reminisced like this? An odd heat rose through her, as if the gears turning in her brain were winding up her body.

It was unfair, she reasoned. She was only a child when she was coronated as Crown Princess, a meek orphan surrounded by all of the scandal and intrigue of the imperial court. For goodness’s sake, her only support in the palace had been a single maid! She was fated to fail from the beginning.

Sure, her—rather explosive—failure was a tragedy. But she had no magic training, no idea she could generate so much power—how was she supposed to know one wish would do so much damage?

Eira heaved a sigh that was more like a short wheeze thanks to the ice crystals embedded in her throat. Her life had been spent glorifying her enemies and slowly losing her loved ones one by one. Pathetic.

If only she could go back and do it again.

She could do it again couldn’t she? In her time, time-manipulating magic had existed. And it wasn’t like she didn’t have time on her hands...

The gears in Eira’s brain began to hum and spin at a fever pitch. She had little magical knowledge, but surely, surely she could figure something out. An image flashed in her head- a small, wiggling baby. Her little Delia, lost to the winds of time.

Eira would do it for her. To see her again.

Because really, did anything else matter? Take her jewels, take her crown, take her life, but her child was something valuable. Or at least, had the potential to be.

With a long-lost determination in her heart, Eira began to move, stumbling to her feet as sheets of ice sloughed and melted off her near skeletal form. As she bent and cracked in the wind, she was reminded an old nursery rhyme:

Mother Frost dances through the land

Her faithful hounds close to her hand

If you ever deign her path to cross

She’ll turn you into frozen moss

As she kicked at the mossy ruins at her feet, Eira could only wonder if the rhyme had been a prophecy.

Once she had somewhat regained her footing, she began to stagger away, silver-blue blood spilling from her chapped skin. As it hit the ground, it crystallized into gorgeous, diamond-like gems. At one point, each one of these gems would have been worth a fortune.

Unfortunately, money is useless when everyone is dead.

The landscape before Eira was as bleak and empty as her thoughts. Other than weather-worn ruins (and really, they were slightly square boulders at this point), there wasn’t a single landmark in sight. Still, she trundled forward to an unknown destination. The movement of her body spurred the movement of her thoughts.

A harsh wind whipped through her hair, blowing it into her face. She inhaled sharply, smelling the chill and blood in the air. Maybe the old wives' tale about silver being an omen of destruction was true. After all, what had she brought the people of Garan? Years of famine? A bloody civil war? And when all that was through, she had brought down an endless winter upon the land.

Had it really been all her fault? The famine and the war were consequences of her husband's failed diplomacy; she had done the best she could to help the people with her family's resources. Sure, she had made mistakes, but that was after the Empire was in shambles.

No, she was just making excuses.

Even if she hadn't done anything, she had sat complacently and watched as the aristocracy corrupted the Empire. She had benefited from it and had even participated in the sickening debauchery. Perhaps that was why they all had been punished in this way. Eira supposed she should feel sad, but instead, she felt a strange bittersweet feeling.

After all, those debauched nobles had killed her daughter—sacrificed her like an animal. They’d pinned everything on her, just because she’d had the audacity to love. And look at them now! They’d thought she was useless, but she’d destroyed everything they’d built. Then again, she’d killed so many innocent people.

She stopped dead in her tracks.

What kind of person had she become?

Tears pricked the corners of her eyes. At first, they stuck and froze to her face, but after a few moments, they came out full and fat. As they fell, they turned into sparkling sapphires that landed near her feet- yet another useless aspect of her accursed species. As Eira watched despondently, her tears, flesh and blood melted together into a silver-blue puddle, worsening her mood. She felt like a monster.

Choked sobs tumbled from Eira’s frostbitten lips. She couldn’t do it. Her body might have been near invulnerable, but her mind was not. Her mind was paralyzed by ‘what-ifs.’

What if she never found a way to master time changing magic? Even if she did learn it, what if she ripped out her soul with some kind of backlash? Now that there was no one to tell her what to do, she found herself to be passive and indecisive.

The idea of flailing about, trying to learn a magic she wasn’t compatible with while being haunted by tragic memories of the past for months or even years, sounded horrific. After all, she had once been a pampered young woman who mostly avoided hardship. Her sheltered life had not done much for her resilience nor her emotional maturity. If anything, her long stint in frozen purgatory had made her into more of an adult than she’d ever been when she was alive.

Or, rather, when everyone else was alive.

No matter how much Eira repented, though, only thoughtful action could bring back her loved ones. So, she sat down again to think, sketching vague ideas for magic circles in the snow with a frigid, skeletal finger. Even if she wasn’t as dumb as everyone had said, this was something she was going to do for herself, no matter how long it took.

Yet even as she plotted her way to freedom, the voice of her etiquette instructor rang in her head as if to mock her. “Back straight, chin up, legs and arms crossed,” the shrill voice sneered over and over and over again. She couldn’t even cross her legs on the deep snow, so she shouldn’t care...but like a marionette, she quickly adjusted herself into a semi-noble sitting position, wincing as the cold snow stung her open wounds. She hated herself for it, but what could she do?

Eira couldn’t escape her frozen cage, even when all the wardens were dead. 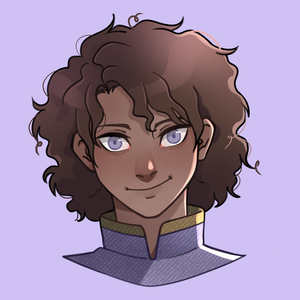 Welcome to Frozen Cage! This is a snippet of the novel- the full one launches in October. 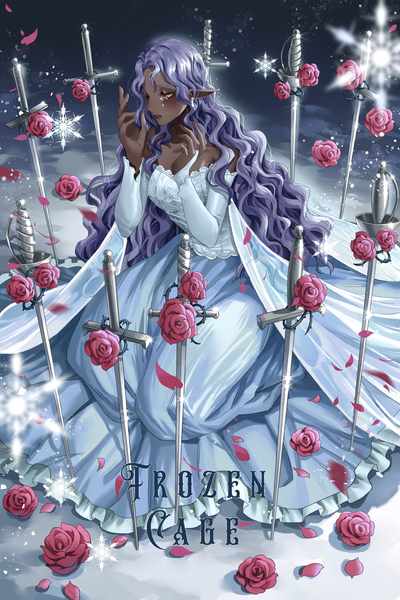 If the history of the Empire of Garan was written as a novel, Eira Manann would be its protagonist. The young woman who rose from a destroyed family to reclaim her place as the beautiful and kind Empress was a story right out of a fairy tale, but it ended in tragedy when she discovered her glamorous life was a lie.

Attempting to travel back in time to save her son from death, Eira finds herself a child once again. She tries to use her knowledge of the future to her advantage, but it becomes apparent that Garan is a web of conspiracy and deceit. Can the former Empress disrupt her frozen, stagnant world, or will she be put back in her gilded cage? 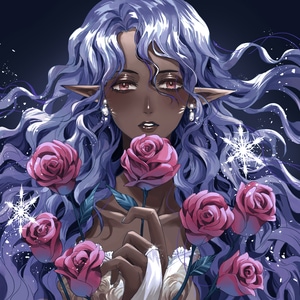