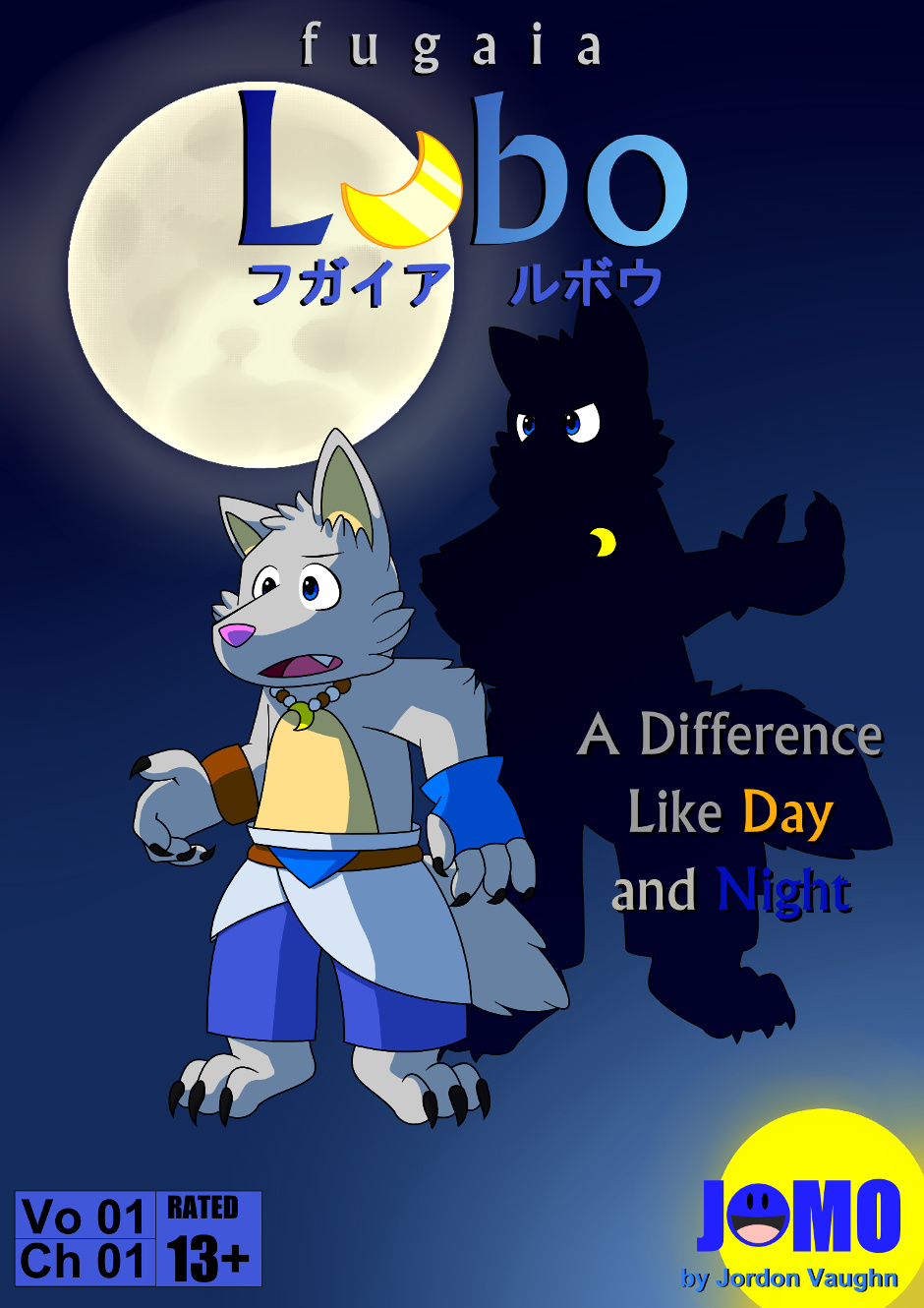 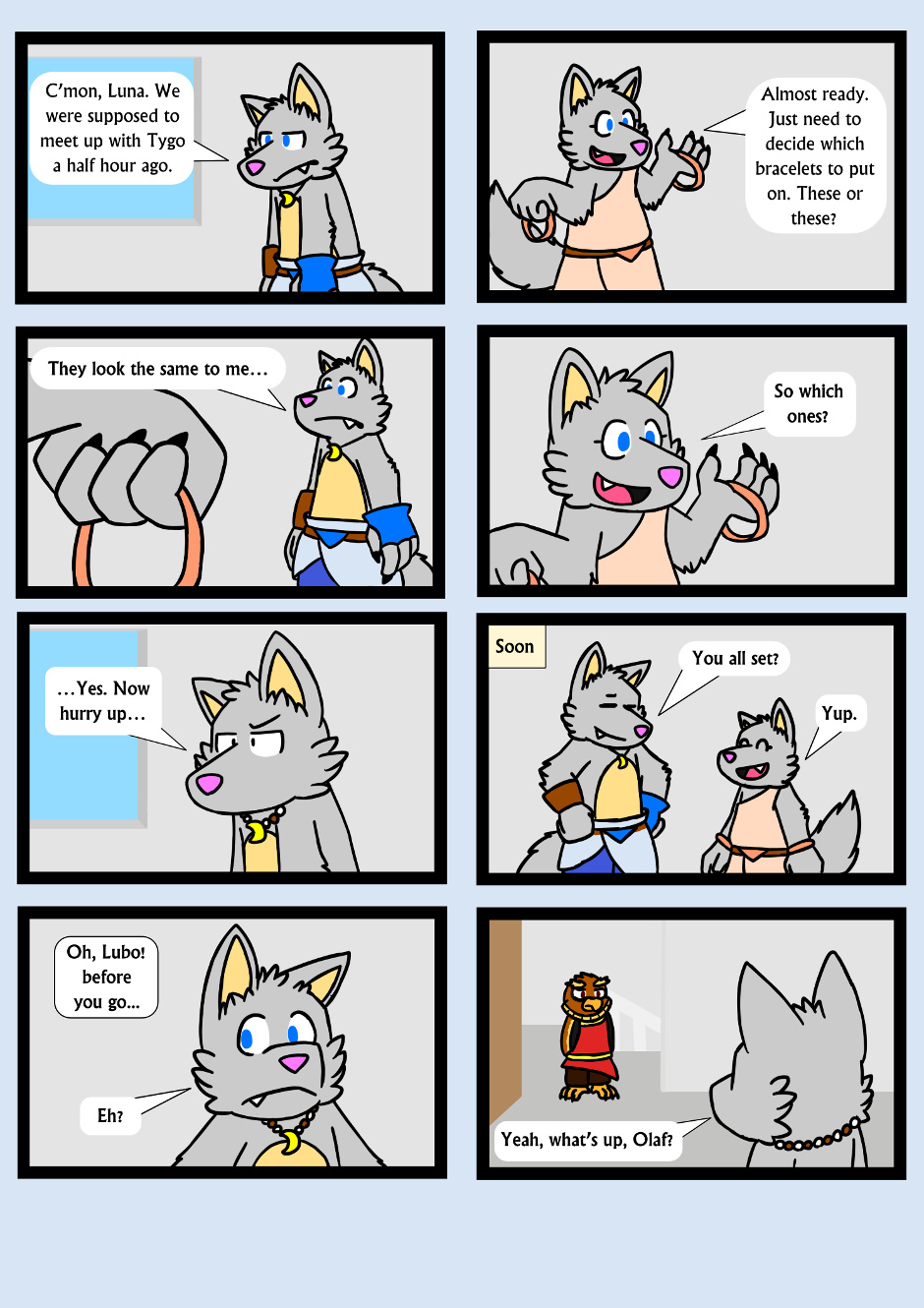 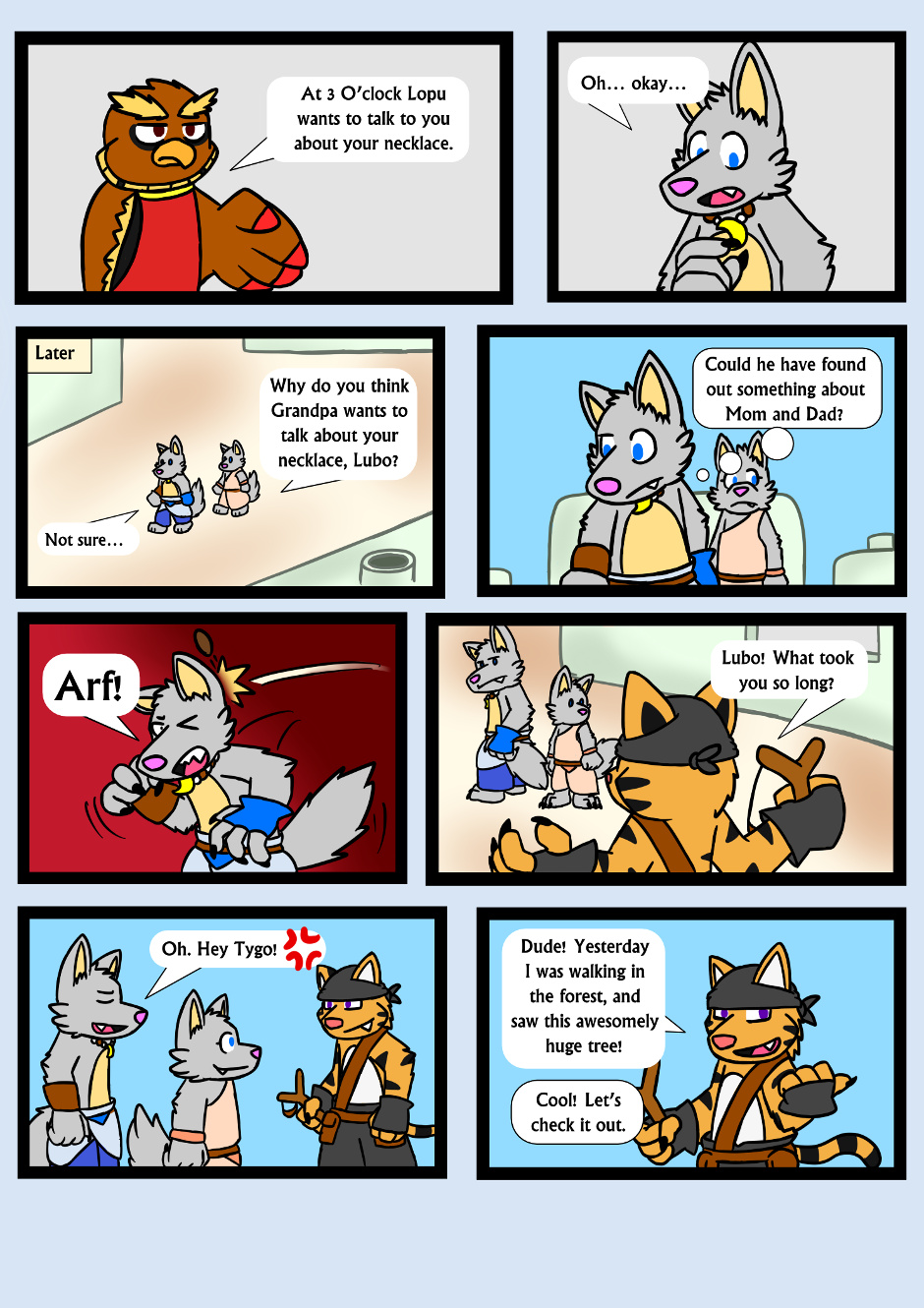 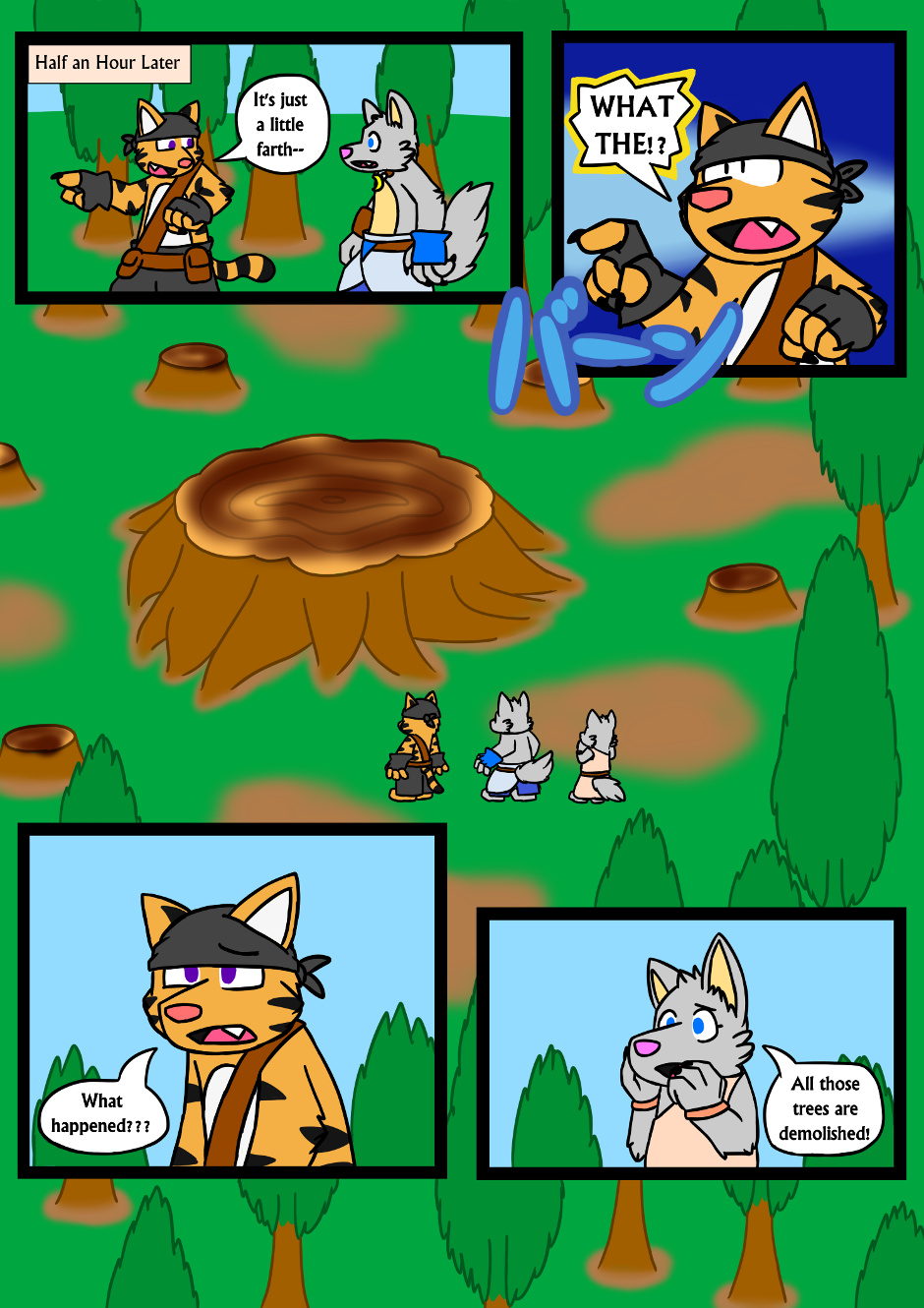 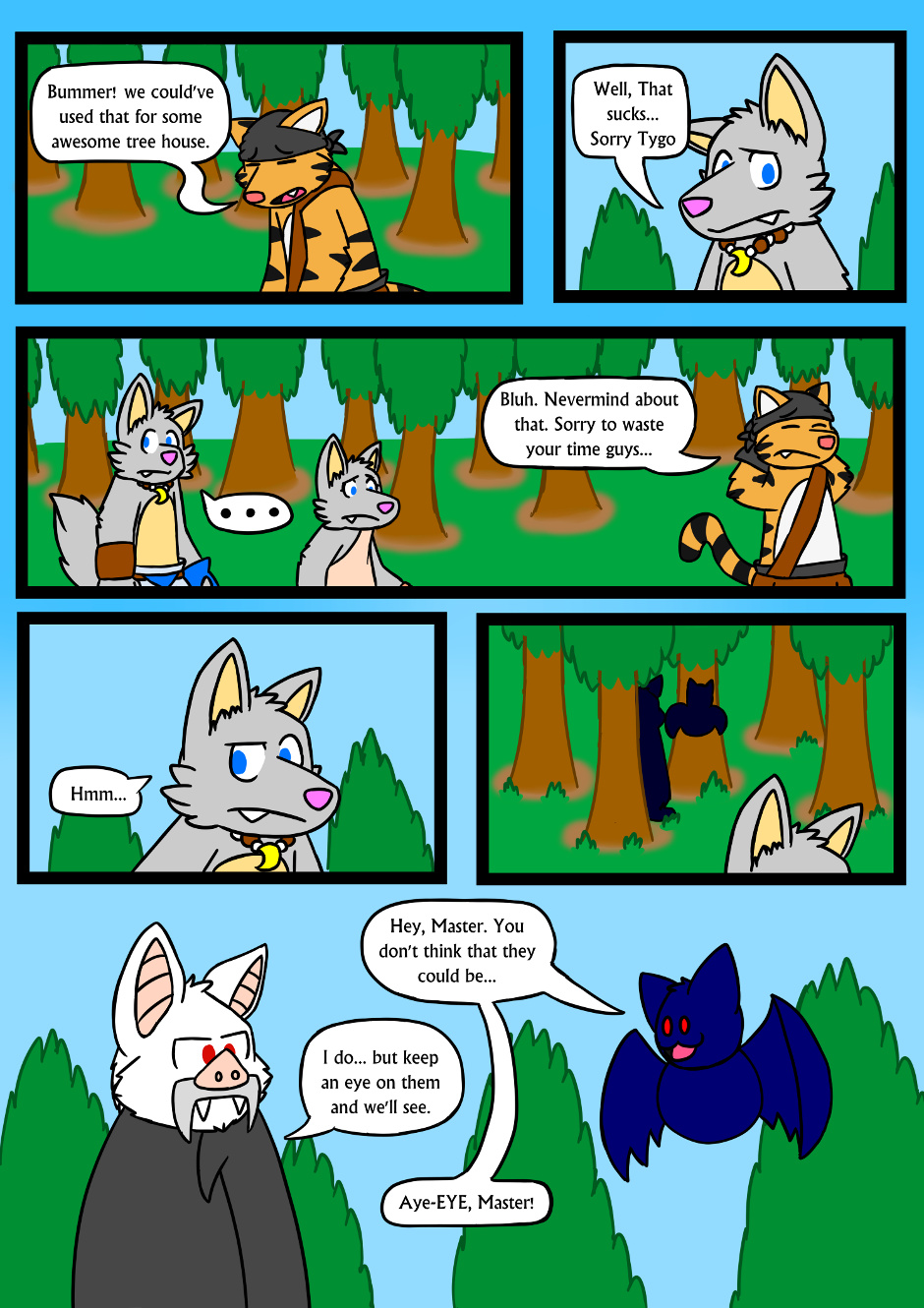 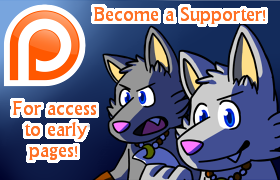 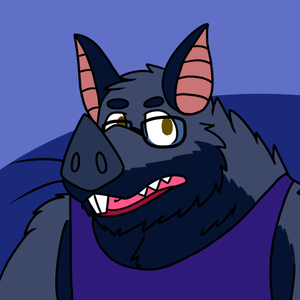 Here's the first 5 pages to get you started. I have commentary for each page.

=== COVER ===
The series cover Title was made entirely in Inkscape. As well as the Jomo Logo, the text and the lineart. The coloring, moon, sun and shading was done in Sai I'll be using vector graphics for covers from now one. For the other pages, I'll be doing the lineart in Sai like I normally do.

I had trouble coming up of where to put the title of the chapter. These are two other ideas I had sta.sh/223iatorj8k6?edit=1 Eventually I choose this one.

=== PAGE 1 ===
I decided to go for a light blue page color instead of white. I have a white version here.

As for the backgrounds inside the panels, I'm going to keep them simple and focus on the characters and other important objects. I'll add details to backgrounds as needed.

=== PAGE 3 ===
I tried multiple things on this page. For one I actually tried drawing my own speech bubbles by hand. I haven't done that ever since I stopped drawing comics on paper.

The other thing I tried was more Japanese text for sound effects. Because I can. バーン reads as "baan" and it's used to make things more dramatic.

And last, be not least, the other thing I tried as actually a new thing I've never done before. The center panel isn't bounded by any panel borders and takes up the whole page. I think it turned out very nice and I plan on doing it again.

=== PAGE 4 ===
Still going to be keeping backgrounds simple for this comic.
There are a few occasions where I'll put in more detail into a background such as:
-Needing to establish a scenery (like the center panel of the previous page)
-The viewing angel is very close to the background
-The focus of the panel IS the background (like panel 5 of this page)

Also Dracmore does not make any responses to Batuu's pun for they (Fugaians) do not speak English. 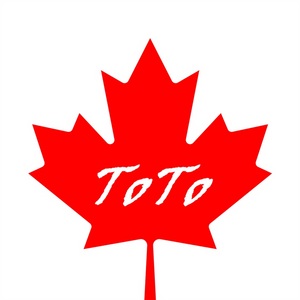 Chieftain: "At exactly 3 o'clock, Lopu wants to talk to you about your necklace."

Chieftain: "You are the chosen one."

Chieftain: "But your are cursed."

Chieftain: "But when you grow up, you will get a life time supply of free Frogurt."

Chieftain: "But it is also cursed."

[Read: Please do your best!] 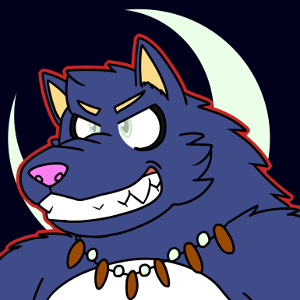 In a world called Fugaia, there are many people with special powers. Lubo is a 13-year old wolf who discovers that he has his own powers. He decides to use his powers to protect his town and stop Dracmore, an evil vampire bat.
Subscribe 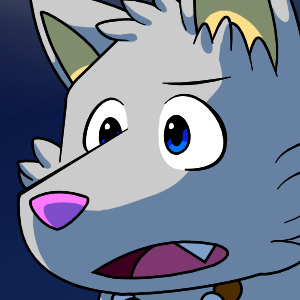