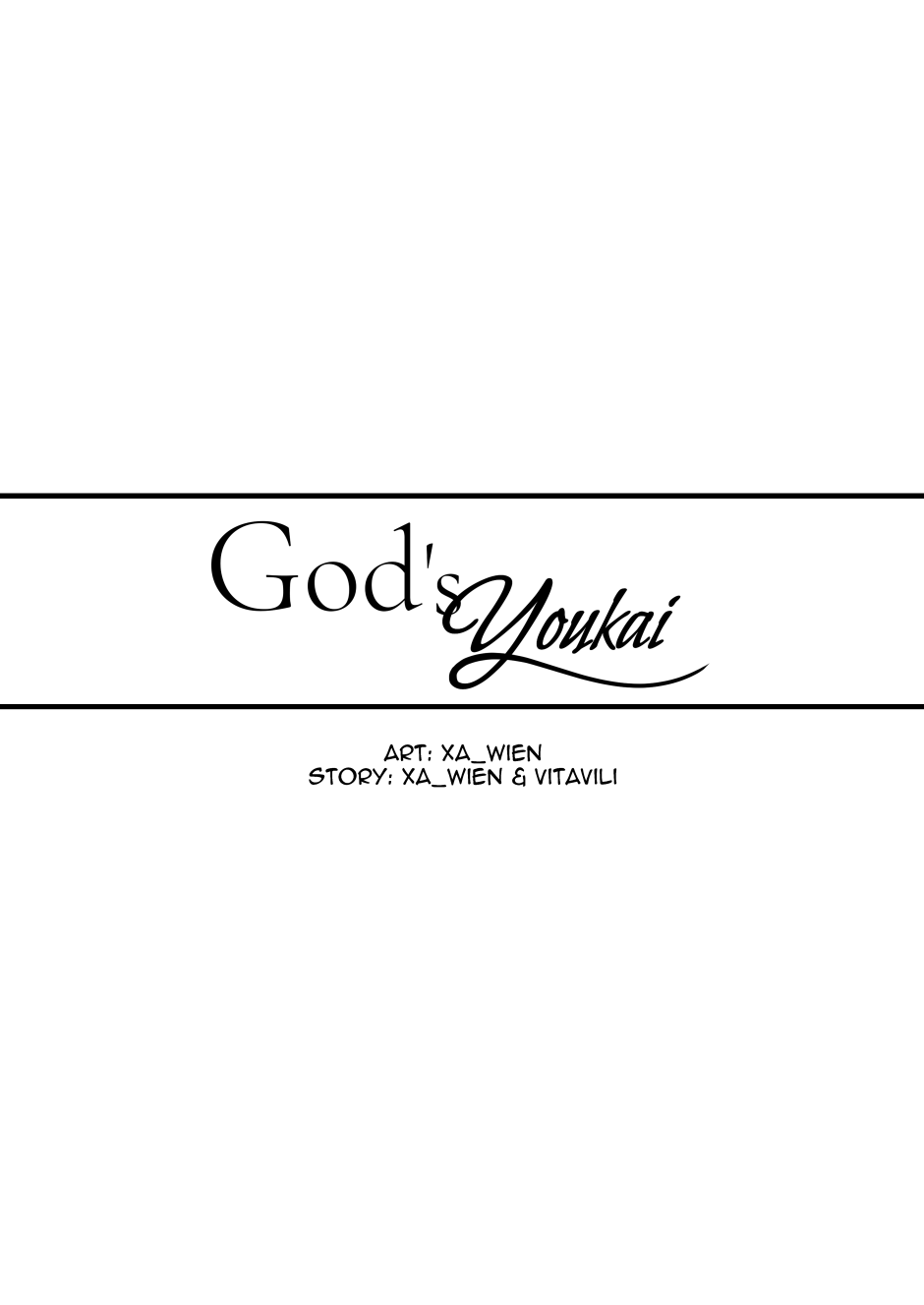 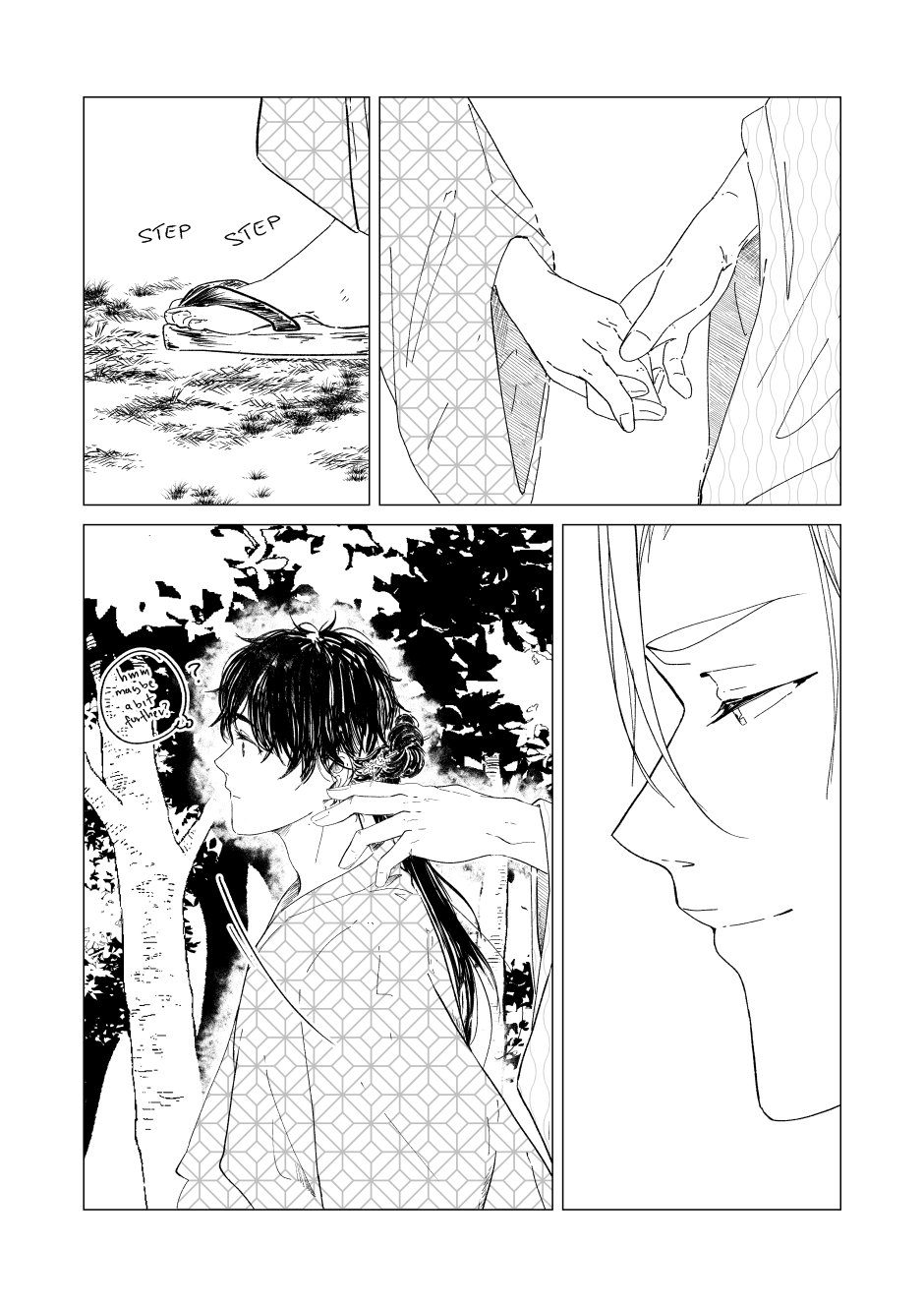 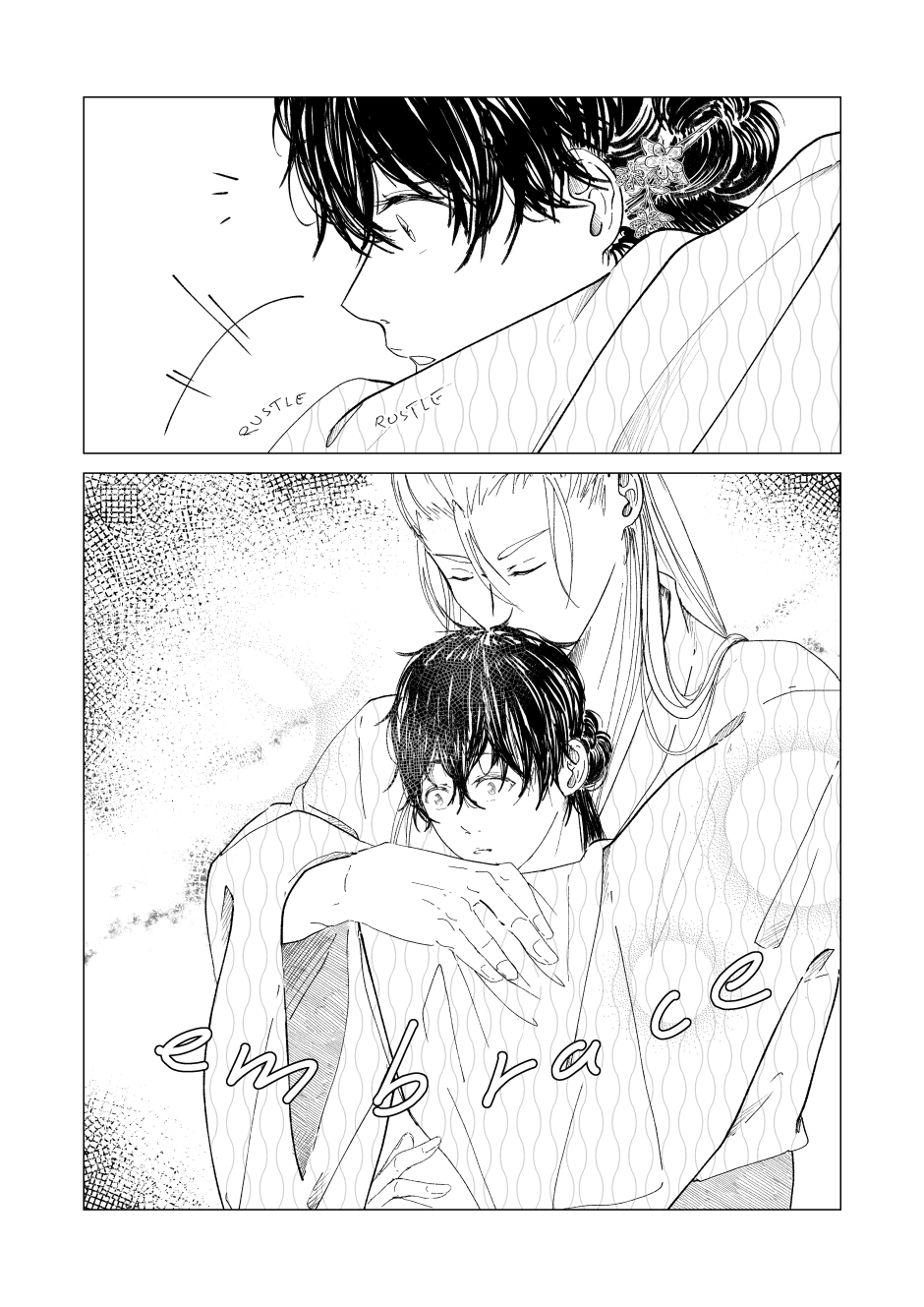 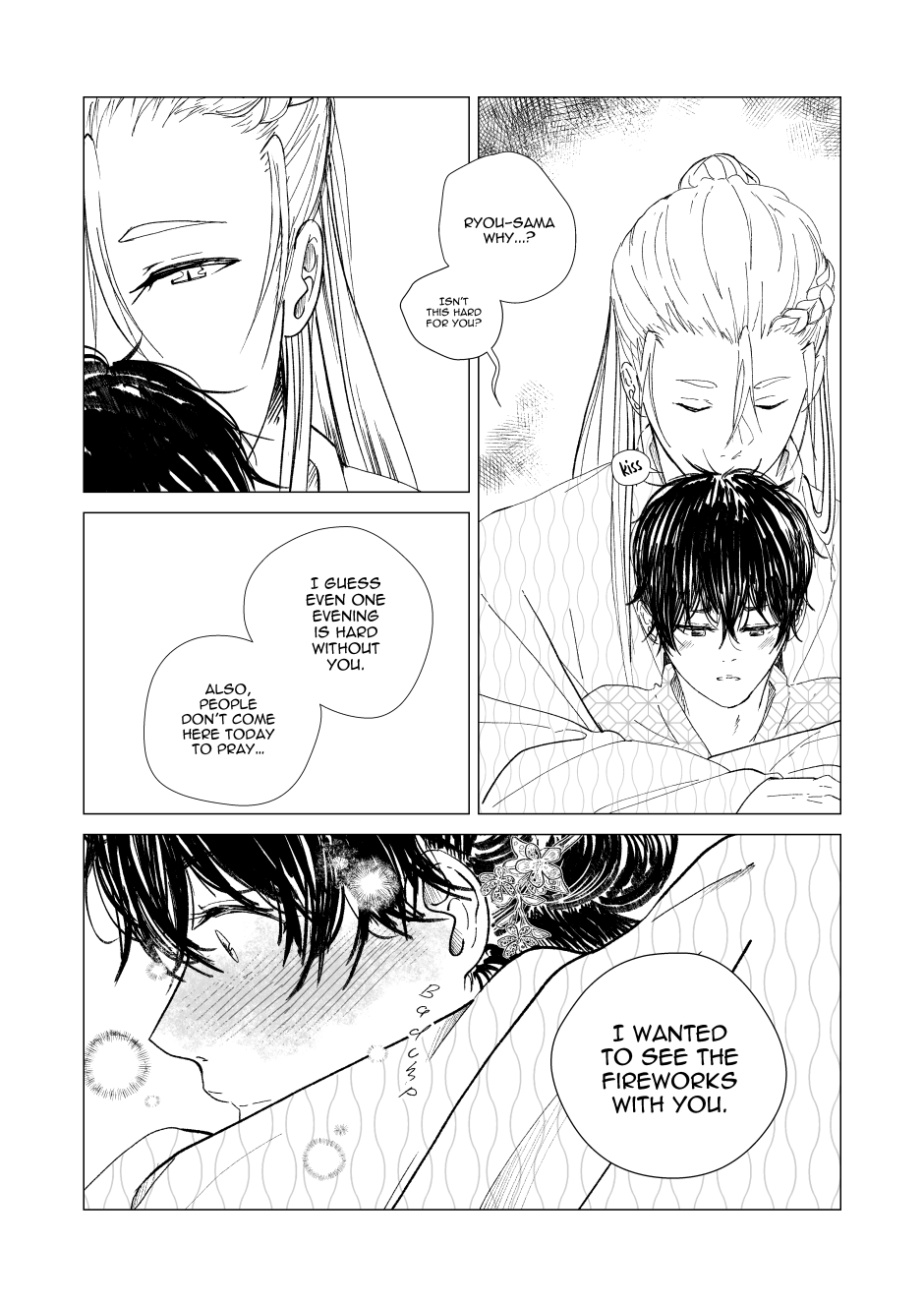 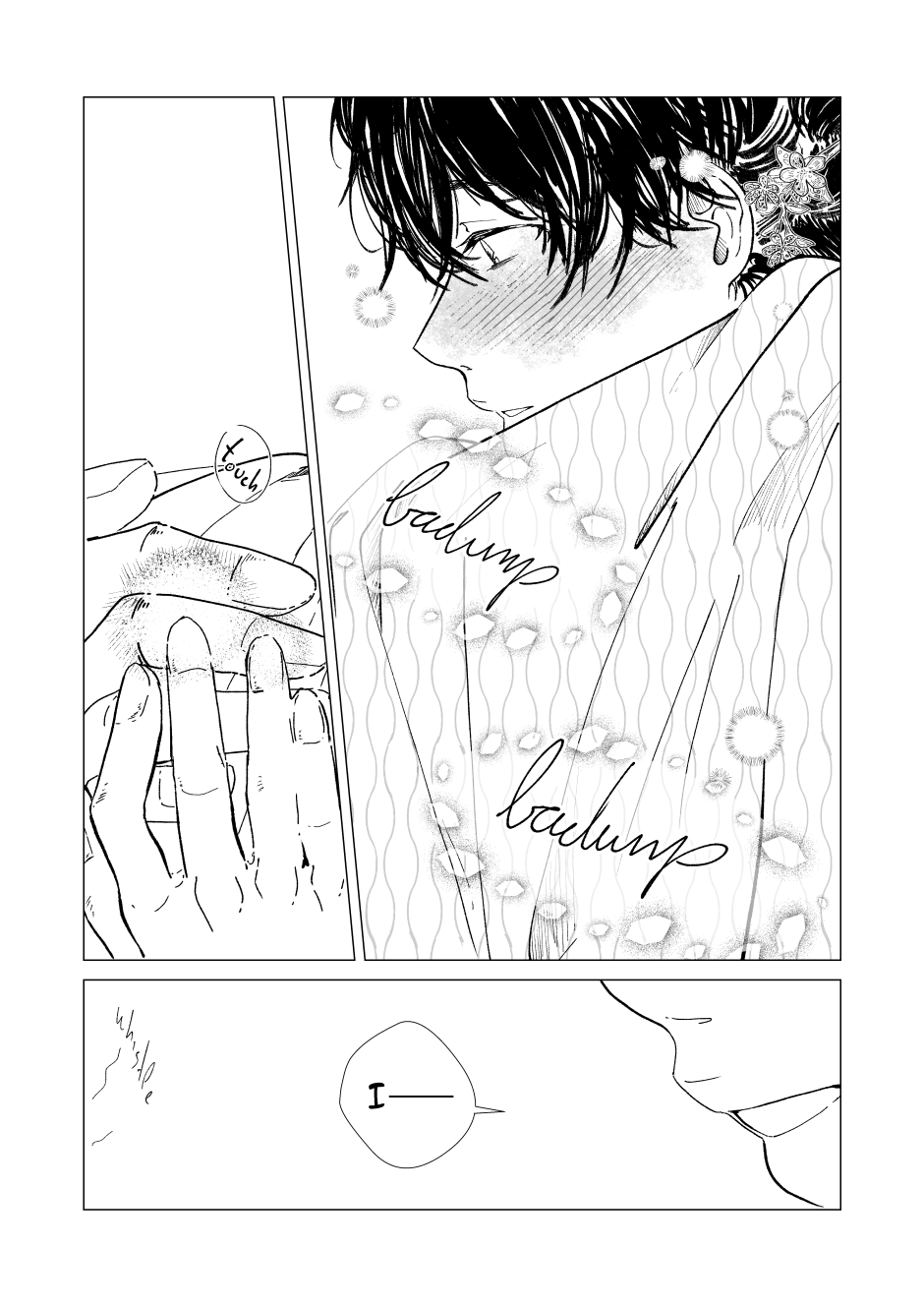 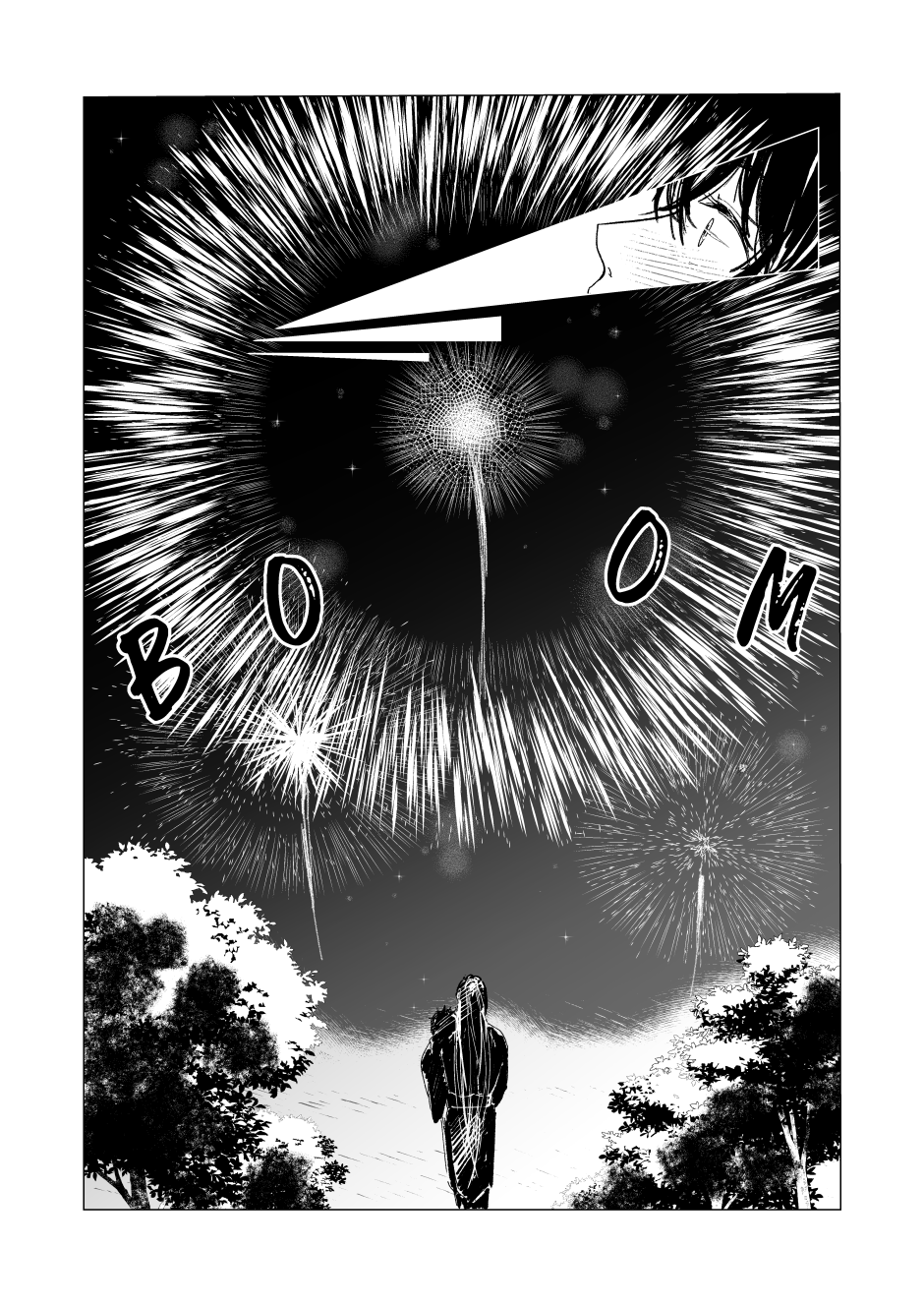 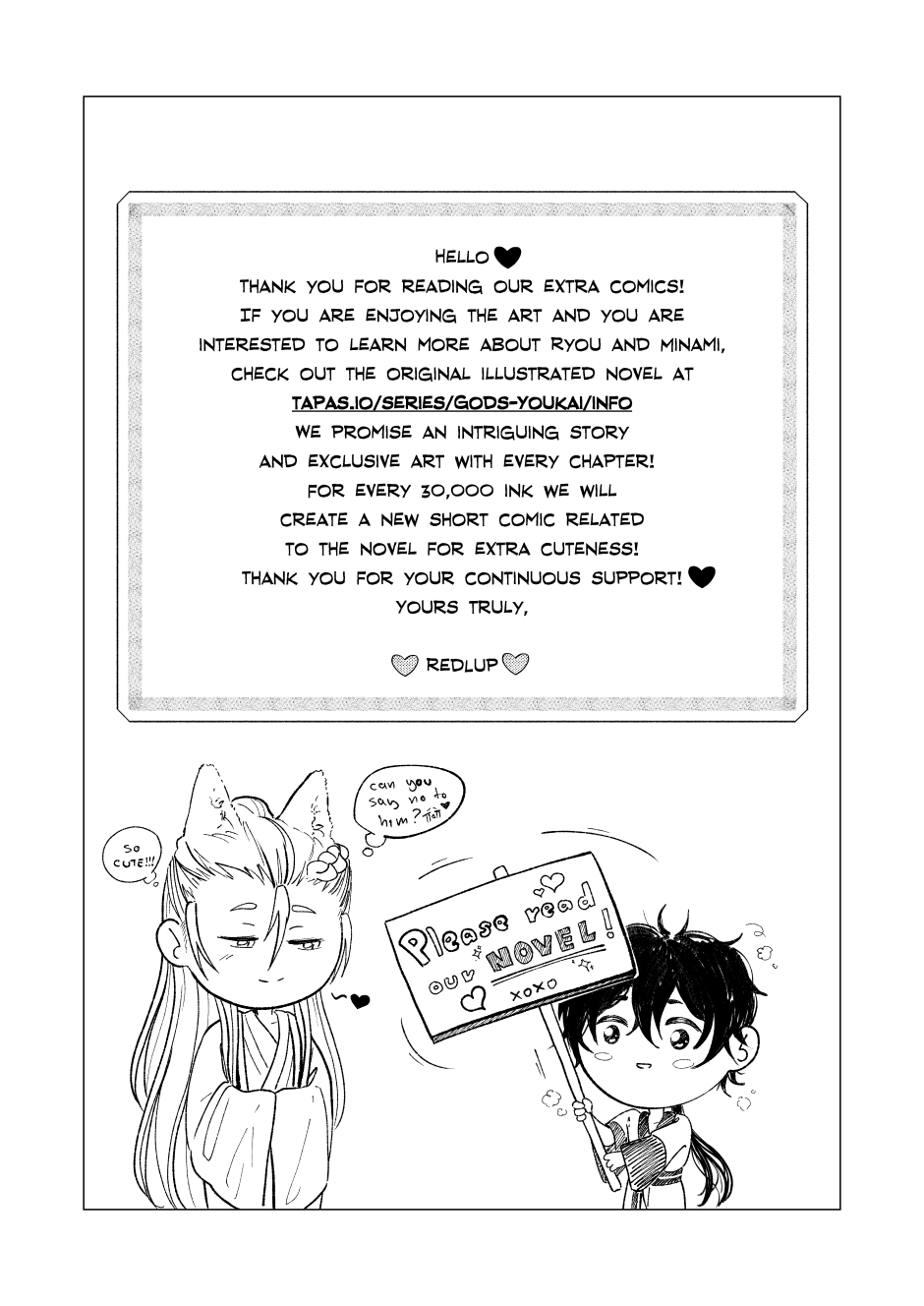 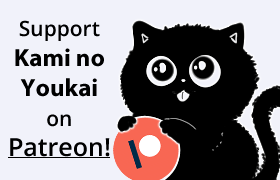 This short comic is a part of the special 3k inksgiving reward chapter!! <3
You can read the full chapter here: https://tapas.io/episode/2367721

We have set a new ink goal! After reaching it, we will make another 10 pages comic u3u💕
Thank you so much for supporting us!! We were so happy to reach our goal T-T<3 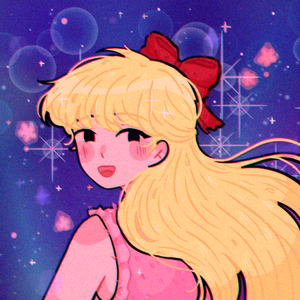 afghhjgfsahbjh I can't believe we can see them interacting in comic form. zxzfcughfczfcf so dead 😭❤️❤️ 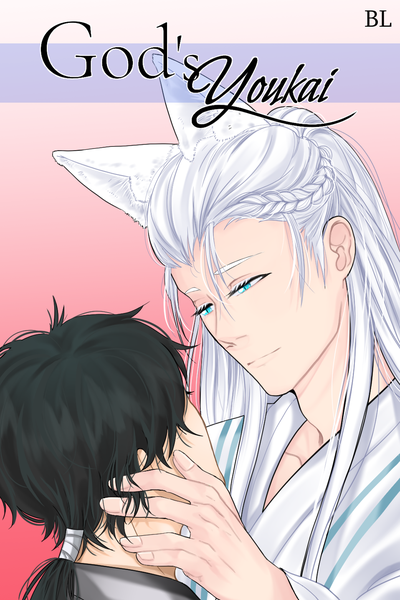 This series is dedicated to short extra comics of the illustrated novel God's Youkai.

Sometimes we love to reward our readers with mini-comics illustrating some precious moments of our novel.

Description of the illustrated novel: 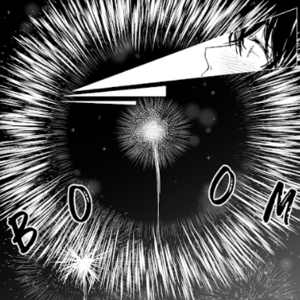