Hamster in the apocalypse

“You are just a few notches before becoming a human, Go now and find your destiny.” His master, the God of the forest he is staying said, urging a small white and plump hamster to go on a small cabin.

“But I’m still a hamster, I don’t have any means to live.” Innocently looking at the older man wearing ancient flowy clothing, his preferred garb.

“You can do it!” He is really impatient to get rid of this clingy hamster, he took pity of it one day, being abandoned by his family, he picked it up and raise it as a pet, knowing that a hamster has a short life, not like to be left behind he teaches him how to cultivate to have a larger lifespan.

They have brave the constant changing of the world, from the chaos brought by war and diseases to the modern world. In short, the two have lived for a very long time. Cultivating in the secluded mountain not minding the passing time. The little hamster becomes more diligent those making himself a daemon spirit, A hamster spirit.

They all said that two tigers cannot live into one mountain. Then so is a spirit, he has to think of something to get rid of the hamster but at the same time, making sure that the little one lives in the process, they were together for many years, he is not heartless to just kill or dispose of him without conscience.

The answer comes when the always empty Cabin cottage on the foot of the mountain have someone resides in. He will put the hamster in and hopefully he will become a human pet. The hamster is so plump and cute making someone like it at first glance.

“Go on now. Just run in there and they will take care of you, I have seen a beautiful woman who goes in, just try to be cute and she will like you.” The little hamster dream is to become a human, marry a beautiful wife and have children.

“Did you? But I only see a man.” Blinking at his master, he is not questioning his master but he is just scared, he knows that his master is doing this for his own good but he is still nervous.

Sighing loudly, looking at the little creature on his front, shaking his small body, is pitiful. “Just go in there, Someone will look for you, I will leave now!.”

Saying this, he disappeared from the hamster sight, hiding beside the trees eyeing the little one still unmoving on the grassland.

The hamster almost cried out, quacking his body due to nervousness, his heart is beating really loudly. He is really a coward, but what can he do? He is just a small hamster.

Looking back, he doesn't see his master anymore, he probably returned. He really wants to find a place to burrow himself and never go out again, when the sound of the eagle can be listened up the sky, looking for prey.

Running towards the cabin, his fear of the unknown quickly forgotten, the eagle is much scarier than facing humans, Eagles will turn him into a delicious meal, the human will not be too barbaric to eat him right?

Jumping into the stairs like a rabbit, Curling himself into a ball, making himself inconspicuous, blending into the rug laid outside. Looking closely you can see a fat glob of tears falling from his eyes, making the hamster look really pitiful.

Hiding from sight, a man breathed out a sigh of relief, looking at his cowardly 'disciple' all curled into a ball. The eagle sound just now is made by him, there is no eagle in this forest, he dispels all the bigger birds and different predators, too afraid that they will snatch his disciples when he is not around.

His disciples are just too naive or in better words too silly to realize it, but it just serves him well. The hamster will surely survive, He might be gullible and a little stupid but he did live for many centuries, surely the years of living is sufficient for survival.

But then, looking again at the crying creature, he changes his mind. Well anyway, he is a hamster, someone will adopt him as a pet, the other dream of this disciple of his is to live well, eat well and sleep well. Becoming a house pet is fulfilling just that.

And being human is right in the corner, after alighting tribulation, he will become a human so it is better for him to integrate himself into the human world and learn their way of life.

Calming his guilty conscience who keep telling him that doing that to his disciple is practically making the small animal fall from a predator's mouth, he looks again at the now still hamster into the porch.

"Goodbye, little one!" Saying one last farewell, he starts he ascend without looking back. He has made up his mind, he might regret it someday but he will never go back. 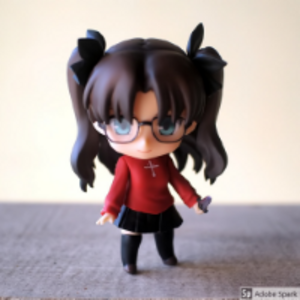 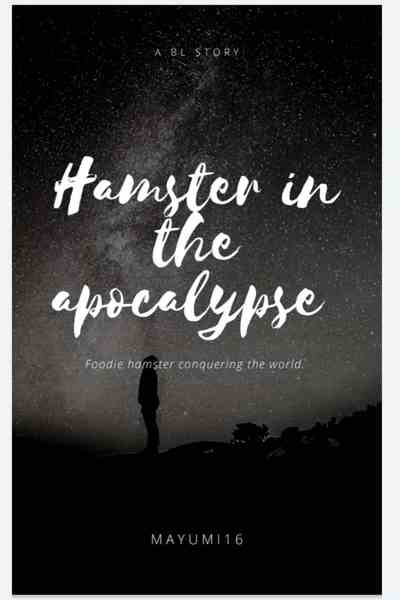 Hamster in the apocalypse

A cowardly daemon spirit hamster braves the worldwide world, sort of, because his master abandoned him. Getting pick by a lunatic man, and later being adopted by his friend.

The hamster life evolves to being a house pet, eating all food, sleeping all the time and playing when he wants it. "This human spoils me best, I will hold this rich man until I become a full-fledged daemon, having the ability to transformed into a human.

He always dreams of marrying a beautiful woman, having a family.. He always envisions himself evolving as a handsome, tall man like his owner, he will work hard and become rich for his family.

Yet his dream become nought! His owner keeps on threatening him.

" Where are you going hmm? Do you want to be a hamster stew?" The man is barbaric, even thinking of eating a evolve hamster. He is a human now ah!

"Be good! Let me touch it!" Come his ambiguous voice.

The little hamster who is naive and innocent become intangles with his owner, going into a path of no return.

Yet, when he began to adjust again, life throws him another surprise... A Zombie apocalypse occurs.

What will the silly cowardly hamster do?

Hold tight to a golden thigh of course.
Subscribe 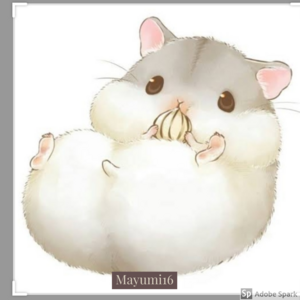