“Call me a hopeless romantic, but I promised my wife I’d never take another woman. So ever since the Infected ate her, I’ve only fucked men.”

“How touching.” I spread my hands out in front of the fire and watched orange light flicker between my thin fingers. “But what’s in it for me?”

The man beside me sniffled back a trail of snot and slipped a hand into his coat pocket. WIth a flourish, he slapped a wad of cash onto my lap.

I plucked up the cash and flipped through it absently, noting the silver “one hundred” stamped on each bill.

Then I chucked it into the fire.

“What the fuck, man?” the man sputtered as the fire devoured the offering. “That could be worth something again ten years from now.”

“Ten years from now, we’ll all be dead.” I stood and shifted a quarter turn away, wincing as the snow infiltrated the broken soles of my boots. “If that’s all you’ve got, I’ll be on my way.”

My nonchalance masked a silent prayer. Please, Ether, let him give me a better offer. My stomach gnawed at my ribcage, a twisting ache a couple stages past hunger, and I couldn’t bear to leave the fire’s heat just yet.

The man flicked his wrist, gloved with enviable worn leather. “Fine, fine. Sit your ass back down.”

When I plopped down again, the chair legs rocked back, digging through the snow to meet the frigid ground. The greasy man dug a hand into his pocket. After a moment of rummaging, he tossed a cloth sack onto my lap. I yanked the string loose, and a few grains of white rice spilled out.

I raised my eyebrows at the man beside me. The firelight glimmered on his yellow teeth, his greasy brown strands of hair, and his shiny lump of a nose.

“One little sack of rice? You really think that’s all I’m worth?”

He huffed a laugh, and one whiff of his sour breath jerked my head back toward the fire. “Look, times are rough, and you’re a skinny-ass Southern scum in the North. You really think you’ll get a better offer around here?”

I folded my arms over my chest and leaned back on the chair, an action I regretted when the cold wind sucked away the meager warmth of the flames. “Aren’t you part of the Cutthroat Crew? I thought you guys were rich.”

He fidgeted with the red band over his wrist. “Takes more and more resources just to protect the base these days. But… hey, what do you know about the Recluse Fortress?”

I stiffened, fingers digging into the sack of rice. Had someone seen me stealing? I sucked in a breath and relaxed my hands.

“Only that it’s the last fortress standing around here, and that it’s owned by a man barely more human than the Infected.”

He snorted. “Ether knows Recluse was barely human even before this all started. That fucker probably smiled and sipped hot tea as he watched society collapse from the safety of his tower. But even he is fallible, and we’ve got ten or twenty good fighters preparing to take him down.” He shimmied back his shoulders and smirked at me. “After that, the Cutthroat Crew will be rich enough that I can double that payment and do this again every night.”

His smirk dropped, and his eyes narrowed. “Look, you gonna take the rice or give it back? I gotta get back to the base before the fire dies. The Infected are pressing in closer each night, and I don’t wanna take any risks.”

My eyes slipped to the sack of rice on my lap, and I chewed on my lip. I’d done worse for less before I discovered the combination to the cellar door of Recluse’s fortress. The food and blankets I’d stolen from him had gotten me through the first two months of winter, but I had promised myself I would not steal from him again. The risk grew each time, and if he caught me…

Only Ether knew what he would do if he caught me.

I cleared my throat. “Shirt stays on, and if you try to kiss me or something, I swear I’ll —”

Footsteps crunched in the snow nearby, and I leapt to my feet and snatched the switchblade from my pocket. The sack of rice slipped to the ground, sending up a puff of white. The greasy man beside me scrambled to his feet and whipped out a pistol.

A slight woman stumbled toward us through the snow, ratty hair clinging to her face and left eye swollen shut. Twenty feet away, she jerked to a stop.

The man beside me released a breath, shoulders drooping. “Thank Ether, it’s just a little woman.”

“Don’t put that gun down,” I shout-whispered. “She stopped when she saw the fire.”

He hummed disbelief, though he kept the gun raised. “Or she stopped because I am holding her at gunpoint.”

The woman lifted a skeletal arm and fluttered bony fingers. “Hey there, my name is Maligg.”

“See?” Greaseball’s sour breath blasted me with his ferocious whisper. “She is speaking. The Infected don’t speak.”

“The freshly-baked can. I’ve seen it in the South.”

He shook his head. “Bullshit. Everyone knows they lose language processing first.”

He snorted, but his grip tightened around the gun, and he addressed the woman in a terse voice. “Where are you from?”

She smiled, and her swollen eye twitched, mottled purple and yellow. “Born and raised in the Northmost province, Etherland.”

The greasy man tilted his head toward me. “Sure doesn’t sound Infected to me.”

“Could still be muscle memory.” I readjusted my grip on the switch blade and took one tentative step toward the woman. “Hey, what happened to your face?”

Her one open eye flicked to me.

And then she said, “Hey there, my name is Maligg.”

Icy terror constricted my chest, freezing my heart mid-beat. I side-glanced Greaseball, who stared at Maligg with wide eyes.

“What are you waiting for?” I hissed. “Shoot her.”

Above the collar of his thick coat, his Adam’s apple bobbed several times in quick succession. “I don’t have any bullets.”

He shot me a glare, though his voice trembled. “What did you expect? No one has ammunition these days except the Noble Forces.”

“Fuck.” I drove my fingers into my hair, dislodging my sweatshirt hood. Cold wind singed my ears, and I tugged the fabric back into place. “What about the flare gun? Didn’t the Noble Forces give one to every Northerner?”

His boots shifted, and his free hand rapped his thigh. “I do, but… that’s a one-time use thing, man. Do I really want to use it up for this little woman? Can’t you throw the knife at her or something?”

“Throw the… who do you think I am?” I shook my head and readjusted my stance, blade shaking in my outstretched arm. “She’s not a woman anymore, and if she bites you, you’re a goner.”

“The fire should last for a while longer. Maybe we can wait…”

A burst of wind whistled through the tree branches and tugged at my clothing. The fire flickered and dimmed. The greasy man shoved both hands into his coat pockets and yanked out more wads of cash, hurling them at the fire. Flames crackled and consumed, lighting us with a glowing warmth once more.

Maligg — or rather, the creature who was once Maligg — cocked her head at the fire, frowning.

“Look,” I said, daring another sideglance at the man. “I don’t know what you’re saving that flare for, but if you don’t use it now, you might not get another chance.”

“Easy for you to say. You never had a flare to begin with.”

I opened my mouth to deliver a rebuttal, but new footsteps distracted me. When I whirled around, a limping man shot me a toothy grin. His eyes gleamed from dark eye sockets, and bright white cheekbones peeked through rotting flesh. He snapped to a halt just as far away as the woman, unblinking eyes fastened to the dying fire.

Snow crunched between the first two Infected. Another man approached, hips and shoulders popping forward in jarring misalignment. Loose skin flapped over the jagged cavern where his nose should have been.

The greasy man dropped to a crouch, tugged up his pant leg, and fumbled with the tiny black gun fastened to his calf. He swung his hand above his head and fired. A blinding blaze of white rocketed into the darkening sky. The Infected all lurched one step back. Seconds later, the low chuff of a helicopter hummed in the distance.

Another gust of wind ripped through the woods, driving up a flurry of snow. Icy needles stung my face, and bright particles fluttered over the fire, settling with a gentle hiss.

The Infected cocked their heads and slid one foot forward.

And the Infected charged. 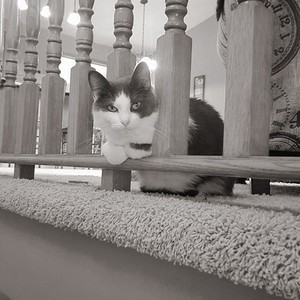 Thanks for checking out my new series! Prepare yourself for a crazy mash-up of horror, sci-fi, romance, thriller, mystery, and fantasy. Oh yeah, and I've managed to make it Mature and LGBTQ+ just in the first line, so probably better not to read this if you're offended by... virtually anything. :D 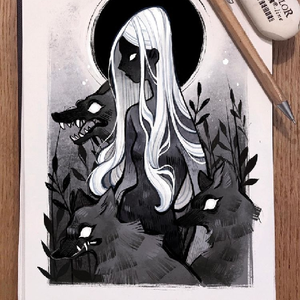 Okay, I like this kind of infected, I have never seen this approach, and a tip for any survivor out there; Watch out when burning cash and alike, the resulted gasses from the combustion are slightly toxic. 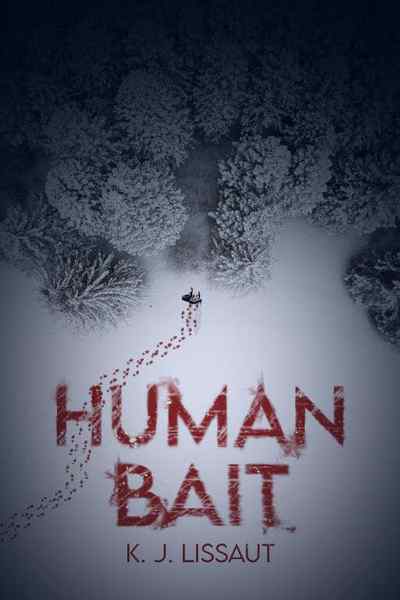 A spirited but scrawny survivor flees from Infected, only to be captured by a ruthless outcast.
Sparks fly between them -- out of the frying pan and into the fire.
---

For eight years, Zafaru has fought to survive the freezing cold, constant hunger, and vicious Infected. Armed with only perseverance and sass, he clings to a dream of saving the world.

For eight years, Recluse has enjoyed watching the world burn from the safety of his fortress. The Infected don't bother him. He saves his bullets for humans.

When Recluse captures Zafaru, opposing views collide, and the misanthrope is enchanted by his captive's wit, humor, and passion. So when Zafaru sets out to uncover the sinister truth about the growing Infection, Recluse has no choice but to join him. He'll do whatever it takes to keep this fluffy-haired do-gooder alive.

Even if he has to save the world.
Subscribe 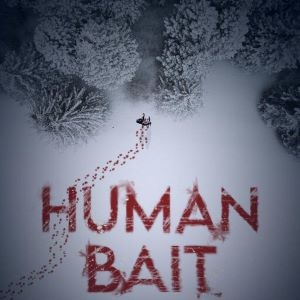