(This is basically an LGQBT+ Story focusing around Humans becoming a lesser species when Animal Human Hybrids take over. They share 95% of their DNA with Humans, and are essentially Humans that are stronger with Animal-like Properties. This story is not, in any way, meant to be a commentary, nor meant to bash, support, hate on, or bring attention to Furries, Zoophilea, or anything of the sort, and romantic relations with a Therian and Human would be no different than a Werewolf and a Human.)

The world is vastly different now. After Scientists got greedy, and decided to play God, they had doomed Humanity. 80% of the Population had been drastically altered by Project Creature, which replaced 5% of their DNA with randomly selected Animal DNA. These “Therians” had vastly superior physical prowess, and their pack instincts led them to easily overthrow Humans. Now, most Humans live in The Zoo, a place that’s a lot more scary than it is ironic, or they live in The Forest, a dimly lit forest which isn’t much safer, especially with Therians hunting there. Speaking of the Forest, that’s where Avery Xander is. He’s a young, small-looking 18 Year Old boy. By small-looking I mean he wasn’t fat, but not skinny, and he was around 5’5”. He’s not the most imposing guy out there. He had lived in The Forest all his life, and didn’t know his parents. He was currently out hunting for Berries, wild animals, or really anything he could eat tonight. He planned on finally making a shelter, as well, but one guy can only do so much. However, you could tell he’s unprepared for the wilderness just based on his attire. Unlike other survivors who wore armour, or camo, he wore a black tank top, long grey comfort pants, and practically nothing else. He didn’t even have shoes. He had to traverse the Forest barefoot which wasn’t pleasant since, as you could probably guess, forests don’t exactly have clean and safe ground to walk on. He used to have boots until his leg was caught in a trap and one got torn up, so he had to discard the other to keep his balance. Anyway, he was currently on his way to the pond, where he did all his fishing.

“Hm...here’s hoping I can actually catch something today…” Avery said to himself. “I’m so hungry I could eat a-”

He stopped after hearing talking near the pond. He ducked and hid in a bush, peeking to see what it was. He hoped it was just other Humans, but Avery never was known for his luck. There were two Therians talking by the Pond. One resembled a Wolf or Dog, but not perfectly. He has a short snout, and his fur was Blue, but faded to Black at the tips of his ears, his forearms, and his shins, including his hands and feet, as well. He wore a grey tank top and black shorts, with stockings that left his toes exposed. The other looked like a snow leopard, and he seemed less nice. He was talking to the other one in a friendly manner, but his posture and his demeanor suggests that he wasn’t as friendly as he seemed. He listened closely to hear what they were saying…

The Leopard ran off at inhuman speed towards a cave far, far off in the distance. The Wolf got on all fours and sniffed the water. He then lunged forwards, sinking his head in the water, and came back up with a fish caught in his jaws. Avery watched as he ate the fish in just a few quick bites. Unlike other humans, he’s able to see and marvel at the features of Therians, not just see them as beasts. He could see how the condition of their fur depicted their extensive grooming habits, how they behaved like Animals, but also like humans. In fact, when they behave like animals you can see Human Intelligence behind their instinct. He could see just how powerful they were at a glance. His thoughts were interrupted by the Wolf’s ears perking up, and him getting back up on his hind legs. He held his breath, and tried to remain as still as possible. The Wolf stood up and sniffed the air...he sniffed again...he got on all fours and sniffed the ground, looking towards the bush...and he walked away. Avery exhaled calmly once he believed he was safe. He stepped out of the bush slowly and walked over to the pond. It was then that his fate was sealed...as he heard behind him, a noise that made him realise he was screwed…

Avery whirled around, only to get tackled, more like pounced on, to the ground. After his head stopped spinning, he attempted to get up, but the Wolf Therian was sitting on his chest and holding down his arms. He was at this beast’s mercy.

“Eheheh! I caught a Human!” The Wolf cheerily said as Avery struggled beneath him.

“Agh! L-lemme go!” Avery exclaimed, trying to get his arms free, to no avail.

“Hmmm...Nah. Don’t feel like it~” The Wolf said, sitting up straight, and now using his feet to keep Avery’s arms pinned down. He rested his chin on his hands, looking down at his catch. “So what’s your name? Mine’s Kane~”

“A...Avery…” He said, a bit calmer. He wasn’t calm because he was comfortable. He was calming down because of both the realization that he has no way to escape, and because he really didn’t wanna piss this thing off.

“Bad boy~” He said, just mocking him at this point. “Dogs aren’t the only ones who get pet, dummy~”

Avery fully stopped struggling and just laid back, still very scared and very doomed, but calm at least. Avery thought to himself “I know EXACTLY where this is going…”. He had heard the story over and over again from passing humans and news signs put up by Therians. When a Therian finds a human, two things happen. One, they get eaten, or simply become a toy if they aren’t carnivorous. Or, the more common choice, they get turned over to The Zoo for a big reward. Either way, he knew he was absolutely screwed.

“Hmm...I’m just gonna go ahead and...make this a bit easier for myself.” The Wolf said as he lowered his upper body down. “You may wanna bite down.”

“Bite dow-” Avery was about to question him, but got a VERY hard punch to his face that made him start to black out. 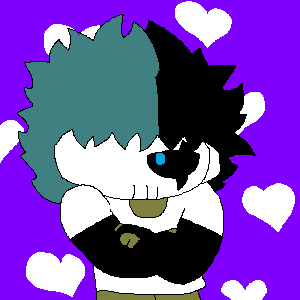 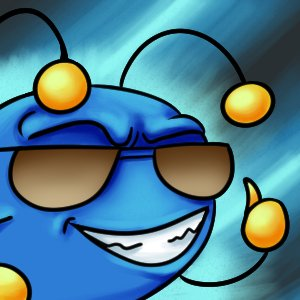 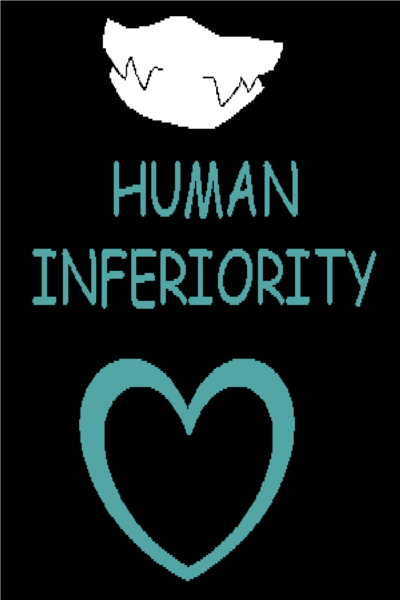 A world where multiple Humans have had 5% of their DNA altered, giving them the physical prowess and powers of Animals, Humans have become the inferior species on Earth. Humans either live in The Forest, Hiding, or have been enslaved by The Zoo. However, one boy named Avery Xander is found by the Wolf Therian known as Kane. Instead of turning him over to The Zoo...he takes him in? Is Avery going to end up as this Altered Human's chew toy or...something else?
Subscribe 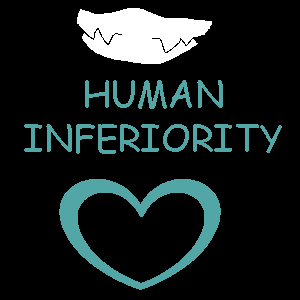