I Am the Second Male Lead's Father

The principal's secretary is giving me a pleasant smile, completely at ends with the smarmy phone call I received this afternoon. Any other opportunity, I would have sent Elisa--my eldest--to deal with anything related to Henry. But Elisa is in Taiwan negotiating a deal, and David and Peter are attending a conference in the States. Only by the threat of expulsion am I here, and by the smug self-satisfaction this woman is radiating, it seems the situation has been long brewing without resolution.

It has been thirty years since I've first stepped into these sorts of blue-blooded social circles. Even now in a suit, these halls with pictures full of legacies are suffocating.

All four of my children have been raised here. Three of them are successful. The fourth...

There's screaming as we approach the principal's office. The secretary lets me through, and that's when I see the ruckus.

It's hard to tell at first. In the office building, adorned with medals and large and imposing with beautiful lighting, the two figures of young boys are scrambling at each other. It's only when one wins the wrestling that I see my son.

A middle-aged woman in all her pearls is dragging at Henry's hair. She's yanking it back and forth, and Henry is yelling back. The boy under him is kicking, and the principal is trying to drag the lady off Henry.

My son refuses to relinquish. He remains straddled over the other boy, fists heavy as he swings. Any words draw into a void for me. The blood is rushing to my ears and my heartbeat is rising up. The adrenaline, the anger courses through me.

My voice resounds against the walls, and halts everything.

My breath grows shuddered and I race forward.

Everything, suddenly, combined with the stress. The fact that I have to pay every year for this private school. The food, the insurance, the costs. The amount of people I have had to bribe for them to look the other way. Henry, who I have once held in my arms as a baby, knowing that I had to raise him along with three other children--is at the centre of all of this.

The woman has released him at my storming approach. I have no interest in her or the principal.

Henry shrinks, flinching, sullen eyed and curled in as I draw closer. Only when I'm close enough does he look up at me.

I cuff the back of his ear and he exclaims in pain. I grab him by the back of his uniform shirt and his upper arm. One pull rips him off the other boy. The actions are easy for me; years of muscle memory never fade.

"You're a disgrace to me,"  I say, my voice thunderous and low.

My knuckles are tight. He's grown since the last time I've seen him, but I still have enough arm strength to force him to stumble, standing. "You have no right to speak. I know I've raised you better than this."

I have to wonder now, if Elisa hid this from me. His performance has always been poor in school these days, but I had taken for granted the silence from the school administrators.

"He beat me up," blusters the young man on the ground. His mother rushes to him as if she'd forgotten, babying him. "I want him gone."

Eventually, she turns to me, her eyes brimming. Her upper lip curls. She shoots us both an awful look. "I want him expelled from the school."

I know at once what kind of a woman she is. She won't bother with compensation. Her husband is the kind of man who has his thumbs in every sort of pie. Anything I say or do now reflects on me. I can't commit, but neither can I overextend.

I hate these kinds of people. I've had to grovel at their feet for so many years, and now the cycle seems to repeat.

I bow my head to her, offering a polite smile. "I'll send my lawyers to speak with yours. You should treat your son." My voice is smooth. Practiced, after so many years. No promises, but I know I will be making some soon.

Just by the look of it you can tell how they think.

Henry is silent and glaring at the other boy, enough that he is flinches. I turn to glare back at him and whack him behind the head. "Apologize."

My son's demeanor changes from hostile and sullen to alarmed. "No, Dad--"

Henry chooses silence, and he maintains it long after I've made nice with the mother until her exit, and discussed with the principal. He has a look on him that seems like he wants to leave, but I have him stand in the corner as I try to bargain.

I've done my best at countless negotiation tables. I've closed on deals that have been considered impossible, because I was starving for a chance to prove myself, and I wouldn't let any chance escape. I've dealt with clever people and I know to win anything, you must have something the other party wants. It must be clear in how both sides can benefit.

But this is impossible.

"I'm sorry," the principal informs me, looking not at all sorry. "But this is the third incident. We no longer can keep your son."

"Thank you for your consideration."

"I trust this will not affect your yearly donation to us as the father of three alumni?"

The audacity of them to ask for more money. I keep my smile equally kind. "Yes, of course."

"It's a shame with three good eggs to have a bad one. I would suggest perhaps homeschooling, a private tutor."

No private tutor or homeschooling can afford the outrageous costs of tests and evaluations. The looming threat of my own son's lack of education tastes ashy in my mouth. "Thank you, principal. We'll see ourselves out."

And so we do. I walk down the corridors with Henry, and we keep quiet at the parking lot. As soon as we sit in, Henry has his phone in his hands. The texting noise irritates me as I turn the car on.

"Put your seatbelt on," I command.

Without a word, Henry does. I look at my face in the mirror. An ugly expression sits on my face as I attempt to calm down.

No conversation. No explanation. No voice. He's deliberately quiet, even as I bring us to the main roads.

"Henry, explain to me what happened."

My hands grow tighter on the steering wheel. "Nothing means an expulsion from the school?"

"Why?" Henry says. "What's the problem? It's not like I stayed in any of the others." He's still texting.

"You promised me this time you would behave."

"I didn't promise. You made me. And you didn't have to come here if you didn't want to."

I've slammed the brakes on the car. My hands have curled tightly into fists on the steering wheel and I am breathing as controlled as I can. This is still a ways from the highway, so the amount of cars passing by won't be a problem, but that is the least of my concerns.

I turn to him and he tenses in anticipation, eyes now on my face to my hand.

"You're as stupid as you look." I cuff him against the back of his head. Henry's hand comes up to defend himself and I knock it out of the way. "If you didn't keep getting in trouble, do you think I would need to?" I hit him again for good measure. "Your sister, your brothers--nobody but you is causing a mess."

"This time it isn't my fault," Henry spits out. "Stop fucking hitting me!"

I release him. Henry's hand scrambles for the door, but I've locked the car already. "'This time'? Then all those other times. How many times do I have to see you keep fucking this up? Do you want to be successful? Or do you want to be disowned?"

"You're not on my side," Henry snarls. His shoulders are up. He's lowered the phone since, but the screen catches on a text conversation before it goes to sleep. "And you won't ever be. What do you want? I'm never going to be perfect. So go ahead, disown me! At least I'll be able to fucking breathe!"

This much isn't new. Every near there's something new with Henry--he's either fnghting or arguing or failing or disrespecting or skipping. There is no compromise here. I don't know how he ended up this way, spoiled. I should have raised him myself--the nannies clearly were too soft on him when it came to discipline.

"I shouldn't expect anything from you anymore," I say. "As soon as we're back home, you're grounded. Give me your phone."

Henry's hands are clutched onto that stupid smartphone. "No."

"Do you think I wanted to be your father either?" I demand. "If your mom was here, do you think I'd be here picking you up after you've been expelled?" If she still was here, Henry might not be. I know this, and my anger and my grief and hurt keep the fires burning.

"You don't know anything." Henry is shouting. He slams the dashboard with his palm.

He pulls it out, yanking with a fervour, but I refuse to release him. "Fuck you. You never know anything, and you're happy with never knowing anything. i can't even speak to you because it goes through your thick skull. I wish I was never born. I wish I was anyone's kid but yours!"

"Or what? You're going to ship me off to another boarding school? How many has it been? It's three already! When will you get the hint? I'm a disappointment, right?"

I'm shaking in my anger. I throw his arm away, and Henry pulls back, still glowering. Snarling at me with his teeth like he's a savage.

Coolness spreads through my blood. "Yes, maybe I shouldn't," I say. "Because unlike your siblings, you won't amount to anything."

Henry's anger, wet and heated, dies in his throat. "Dad," he gasps, and he feels as gutted as I feel. His eyes well up in hot tears--he cries, of course this boy. He's too much like his mother.

"You're right," I say. And what would she say now, knowing I'm talking to him like this? My own voice is defeated. I shake my head. "You're a disappointment and I shouldn't expect anything else from you." I've already started the car, my own heart numb. I need to get back to work in the end anyway--

I don't see the other car in the lane until it's too late.

Hey there! Decided to write a story that didn't involve 234234 subplots and try my hand at the pseudo-isekai genre. This is less plotty planned than the others.

I'll update with whatever I manage to write during my shift at work on Saturdays, and maybe other days if there's more. Hope you enjoy the ride! 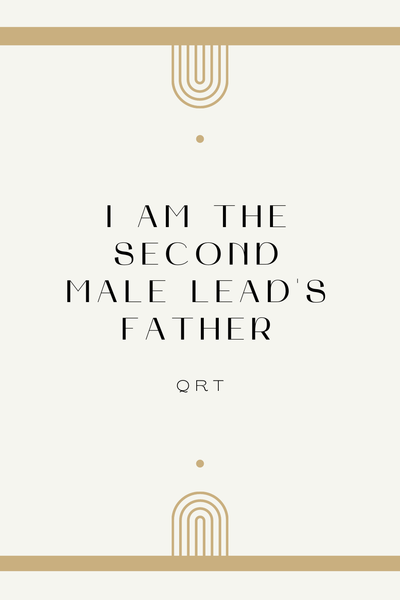 I Am the Second Male Lead's Father

Lee is a self-made man and single parent to four almost grown children. His youngest, Henry, has been suspended from boarding school. The last words Lee tells him is that he's a disappointment.

After the car crash, Lee wakes up in a novel after the second male lead has been royally sentenced to in exile. A bewildered Lee is now in the body of another person, and kneeling before him--begging him for mercy--is Henry.
Subscribe 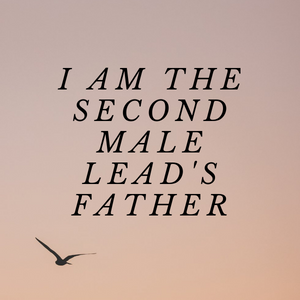