Early preparation for an exam, as they say, gives you an edge. So, I have covered all courses on offer except the most difficult one of them. Although, I tried my best to understand it, but all to no avail. All I have to do is keep trying till I understand it totally because I cannot afford to have a C grade in any of my courses.

I am thinking of going to read at school tonight but I am not sure yet because the lectures of the day were so tiring. I will try to get some sleep and decide if I will go later or not.

Oh God, will this noise allow me to sleep? I am not a heavy sleeper and my next door mate is playing music loudly. Do I have to go beg him to reduce the noise? This is so unfair, I really need to get some sleep before 6 pm because I will cook and if I'm going out tonight, I should probably be on my way before 8pm because of the security hassle.

" Lara"! I hear my friend's voice from outside. Groaning to myself, I roll out of my semi tiny bed. I take my time to tie my scarf because I can't go out without having it on. Even though the person at the door is a girl, I am still not sure if she is with a boy or not.

"I'm coming"! I yell back. The loud music is still so disturbing and it annoys me. The heat inside is way too much and my fan is faulty. I thought of taking it to the engineer yesterday but I was so busy.

I open the door and she hugs me tightly, " girl, I missed you so much " she says.

Yemi, as I do call her, is my childhood best friend. Her full name is Olayemi Benson, We went to the same secondary school and now in the same university and same department. We were supposed to be roommates but her parents insisted that they wanted her to be without a roommate. A decision which I was pleased with, because I didn't want a roommate either.

"I missed you too baby"! I say. She wants to go inside the room but I tell her it will be better if we stay outside as the heat is unbearable. As soon as we get to the balcony, thankfully, the music stops, and as I am about to give a huge sigh of relief, then another one pops up. "What is that voice?" I ask myself in admiration as I can't believe the finely-tuned voice that is blasting out of my neighbor's speaker. The voice rings a bell in my heart and makes me pause for a moment. The music genre is not my song choice but still I want to listen to the music. I want to know who the singer is, how he looks and I want to listen to more of his music.

I have no choice but to ask Yemi who the singer is and she says, "Oh! That's Fresho,"

Yes, don't tell me you've never heard of him before?'' She asks.

"No...I mean.... Yes.." I stutter, not wanting to admit that I don't know him because I know Yemi will mock me. She smiles and shakes her head.

"Lara, Your social life is whack." She says mockingly and I roll my eyes.

" Will you tell me or not?" I say and she shakes her head again.

Well, I will tell you. Fresho is a rising star that debuted four years ago, and he has since then become the talk of the country. The song you just heard is one of his best songs and not only does he have a beautiful voice, he is good looking as well. He has over 11million followers on Instagram. The star boy that I Stan ". She says with a smile on her face. She seems to like the singer too.

"Yes." Yemi says simply and she starts singing the song that is playing. I can't believe I have never heard any of his songs before, or maybe I have heard it without knowing it was his. But his voice rings a bell in my head. The voice keeps replaying itself in my head and I don't think I can forget it anytime soon.

I am so lost in my thoughts, all my mind is occupied with this mysterious singer whose song I heard for the first time some minutes ago, to the extent that I don't know that Yemi has been talking to me since.

Yemi snaps her finger in my face to wake me up. "Yes, Yemi, what are you saying?" I hurry to say. 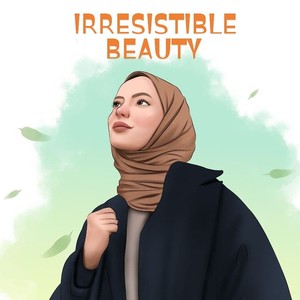 The writing skill catches my attention.
Well,I'm thinking this is the beginning of the enjoyment to me. 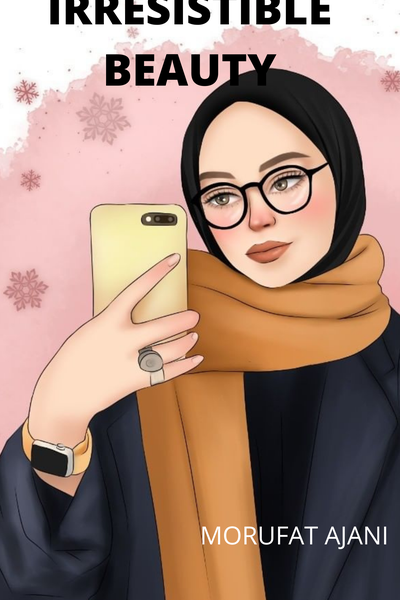 A rich handsome singer, Fresho and a religious virgin girl, Lara. Destiny brought them together and since then they have become inseparable.

Singer Fresho Ayobami Balogun is a worldwide musician that has it all. He is a rich playboy that never took any dating relationship seriously until he met this Irresistible beautiful lady that turned him into a clingy lover boy.

Omolara Rahmah Azeez is a University student with good grades that comes from a very religious family with a belief that courting a man is not allowed until she is ready for marriage. Can this belief still continue even after she met this mysterious handsome man that crept into her heart just by listening to his song? His voice.

The cover picture is not mine 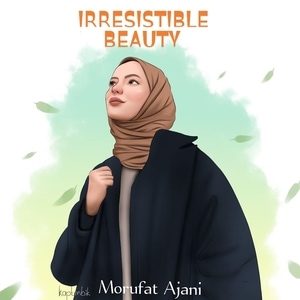