It starts with confusion.

Ziun comes back from a mission with a nosebleed. It shouldn’t have happened and it doesn’t stop even when he tilts his head back and applies pressure to the bridge of his nose.

“System?” He calls. The sound travels through the room for all that he doesn’t shout or holler. Ziun waits, but after a while there’s only silence to greet him.

Time trickled by, and the amount of blood he was losing was getting to be concerning. Sure, he’d been hurt before, and Ziun really, really wasn’t a stranger to pain; but never in the protection of this hub of his.

Any injury—self-inflicted or otherwise—had healed the moment he stepped foot inside its domain.

“… System?” Ziun won’t ever admit to being a bit shaken at the lack of a reply, but the silence is deafening enough that it makes him apprehensive.

Had something happened? Without him even knowing? No. That’s not it. Because when he really thinks about it, the silence has always been there; the tranquility and quietness of solitude from a secluded place. Ziun had been the only person to live here and— it’s wrong.

Where is his family? Didn’t he have parents? Siblings?

At that thought, Ziun has to cup his nose. The blood still hasn’t stopped and it seems that thinking too hard has made it worse.

A rich shade of red seeped into the collar of his shirt, the material soaking up the worst of it. The colour was quite distinct. He doesn’t panic despite seemingly losing so much blood, even when it doesn’t look like he’ll stop bleeding anytime soon. Because if there’s one thing he’s learnt in all of his time here, it’s that he can’t die — no, it’s more like he’s not allowed to die.

So Ziun instead finds himself calmly walking around the space he’d been calling home for… a long time now, in what he guesses is nostalgia.

He stares up at the ceiling and finds it too easy to get lost in his thoughts.

Above him is a roof mimicking the cosmos that move with every blink. The floor beneath his feet is wooden and echoes with each step he takes, and encasing the space are three plain, beige walls. A two-seater couch sits in the middle of the room facing a low, narrow coffee table and another two-seater couch; the fourth, singular wall to his left has a bookshelf that makes up the entire length and size of the wall, and opposite that, there’s nothing. No kitchen, no bathroom — no corridors or other rooms. There’s also no decor, no personality to it, which only manages to feed into the lifelessness of it all.

Ziun gets fed up with standing upright and eventually sits on one of the two couches. He wipes a bloody hand on a cushion, mostly out of spite. The “system” can deal with the mess as far as he’s concerned. It’s the consequence of ignoring his calls for assistance.

Usually the “system” would chime in with a ‘welcome back!’ or at least chide him for, I don’t know, killing some cannon fodder in a world? The whole thing was probably just a shot at normalcy, but when he came back this time there wasn’t so much as a ‘hey’. It was unsettling and left Ziun wondering if he’d always been this helpless. In fact it’s almost startling just how much he’s incapable of— which he shouldn’t be, right?

Something tells him that he’s never been this incompetent before.

Patience waning, Ziun eventually tries to pull up the menu screen in a last ditch effort to contact the System that way; only to see a blaring alert in place of any apps.

Ziun’s brain almost blanks at the notification. He’d been unceremoniously dumped onto the floor almost as soon as it had sounded throughout the space.

What was he supposed to do in those 12hrs—? All the fucking furniture was gone!!

He can’t help but look around the empty space with a just-as-empty brain. Eventually he snaps out of this daze. Ziun, angrily slapping his palms against the floor, goes to push himself up. Except his arms are weak, and he’s seeing double. His head suddenly feels like it's spinning from a collision he never experienced, with his heart thumping in his chest from labour he hasn’t done. He’s all too aware at how his own breaths are stuttered, at how he can feel the way his blood thunders throughout his body and rushes towards his ears, and— it’s fear.

The dreaded emotion hits him hard and quickly creeps over his skin, raising goosebumps. That same unadulterated fear seems to cloud his mind as he flops back down and blinks up at the night sky. Abruptly, perhaps due to duress, his head empties. No thoughts filter through, no pain seems to register; it’s almost as if his brain itself is rebooting. But then he chokes out a gasp and—

He doesn’t know where he is or why he’s not…. wherever he was before. And by that he means before this space was the place he’d just.. taken to calling home when he knew it was anything but. Before the “system” had introduced itself, and long before he started doing missions that knew no end.

It’s startling just how much information has been withheld from him. Ziun barely has a hold on his own identity, but he isn’t… he isn’t stupid. Something had been done to him, this whole thing completely reeked of foul play, but whatever plot—because he seriously doubts there isn’t one—that they’ve conjured up, must rely on his full cooperation.

Even if he’s not aware of it.

This, Ziun has garnered from the fact that he still knows enough about things to not become too mentally incapacitated. However, their careful "editing" of his mind is where the fractures must've first appeared.

For example, like how they'd conveniently left basic equations such as 1+1=2 accessible to him. Ziun doesn’t ever remember actually learning how to solve it — one day the problem and solution are just there, and it’s off-putting to not know how that happened. In all the settings he’s been introduced to, all the schools and institutions he had attended—each time with a different identity, of course—he had known this kind of stuff before it was even taught to him. So that begs the question as to where the hell he had learnt it—when he had learnt it—because it sure as hell… wasn’t…

Ziun curls in on himself at the pain shooting towards his head. It comes in waves and keeps hitting a blockage in his head. Something fills in the scattered gaps in his memory, batting against that same blockage that stopped Ziun from making sense of anything. Then suddenly the pain recedes and in its wake he distinctly feels something come loose.

If not here then where—?

If not here then where the fuck did he come from. 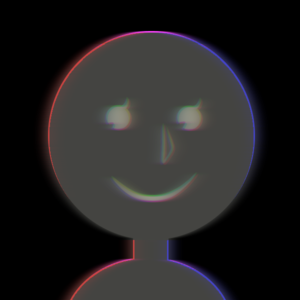 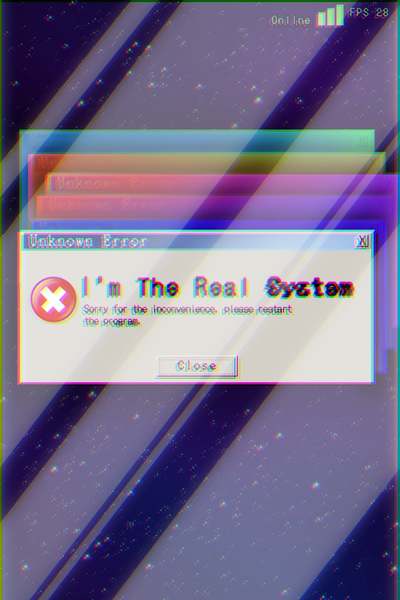 Ziun didn’t know who he was, where he came from, or how long he’d been conscious. It’s not something he likes to think about often, but there’s breaks in-between each mission and.. well, he gets bored.

One day he’d found himself bound to an AI “system” that issued task after mind-numbing task while it dictated his every action; from the way he breathed, to what he ate for breakfast — and that was, quite literally, life.

For Ziun at least, it was the only life he’d ever known.

But when the small stability he had built up comes crumbling down the moment this so-called “system” goes offline, Ziun gains a sudden awareness that has him freezing in horrified shock. Because while the “system” was down, Ziun had finally understood that— 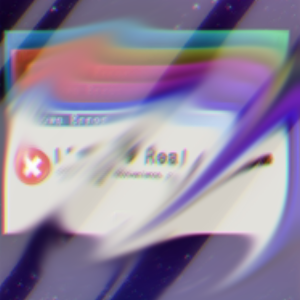