I blinked open my heavy eye lids and groaned. I was tired of this. I raised my small hand above my face to block out the needlessly bright light. How many times was it now?

“Master...” I only had to say the name when a voice answered.

“I can still feel it...” I mumbled into the mane. I really couldn't feel anything to what just happened, but the lingering image of it, kept me thinking about the pain I felt.

“It was quite burdensome this time around.” the muffled voice said. I pulled the stuff horse away from chest and looked into it's beady brown eyes.

“Burdensome? That's what you are going for?” The stuffed horse, with a puffy cream colored mane tilted its head a little as if not understanding me. “Being pulled apart, joint by joint, from torture machines is what you would call, 'burdensome'?”

“Is it not for you?” He asked me. I sighed at the light brown speckled stuffed horse.

“Yeah, I guess you can say that. But for me, more painful and scary than burdensome...” I placed the stuff horse to my side as I tossed the blankets off of me and climbed down out of my extremely familiar bed. I had sat, read, played in, slept in, jump on, and died on this bed for years. And I meant, “years”. This was my 42nd time dying after all. I walked to the fire place and struggled putting a small log in. Well, it would be small to adults or young adults, but to my eight year old arms, it was a little bit big and difficult. I looked around my unchanging room while poking the log with an iron rod. It would seem I forgot to close the curtains. That bright light that greeted me first thing shown just as brightly around my room. From what I could see, it must be late winter or early spring. There was some frost on the window and some tree tops with light snow on them.

“42 times, huh?” I grumbled as I got back into the warmth of my blankets, wrapping them around me. Well, if you considered when I first came here, it would 43 times. But Master has only ever known me in this place, so he would only count the deaths here. I patted his head and smiled. “What to do this time around?”

“Whatever you choose...” he paused. “I am sure will work just fine.”

“Yeah, sure! My track record has proven as such, eh?” I snorted. I continued to pat his head in a daze before I was startled out of it by the clock chiming in. I looked at it and realized it was time for breakfast. It was also time to get ready for the day. I climbed out of bed again and went to my closet to pull out the outfit I needed. A plain light blue dress with little to no frills, white stockings, and black mary-janes. These outfits were always such a hassle to dress... so many buttons in the back! I struggled a little bit with the dress. It had been a while since I had to wear this type after all. Finally, I was dressed, but now exhausted. Would I be able to handle them today?

After dealing with everything, like putting my white hair up in a blue ribbon, I snatched my stuffed horse and opened the door. I was greeted to darkness, so I turned right back around to grab the candle and match. I lit the candle, put it in the holder and then proceeded to make my way down the dark hallway. This area was only ever  used by me. It was kind of the unwanted area of the huge house. When I reached the stairs, I blew out the candle, and placed it on the floor next to the railing. I walked down the many steps and spotted people.

“Good morning.” I politely greeted the first person, who happened to be my twin brother, Liam. He had my same white hair (albeit shorter. His was to his shoulders, while mine was down to my hips), same lavender eyes, and same smooth skin. He didn't bother acknowledging me and went into the room. I followed and greeted the rest of my family that was there. I lifted my dress skirt with one hand (the other was holding my stuffed horse) and gave a small curtsy.

“Good morning.” This family of mine, consisting of a mother, father, and four brothers looked at me and started to eat. I went to my seat and sat down, eating my meal in silence, while they talked to one another.

“Your grandfather will be here tomorrow.” Father announced with a bearded smile. The group erupted into excited shouts and cries. I gave a wry smile to my runny eggs. I remembered when I, too, was excited to see Grandfather. But that feeling started to disappear around my 15th marked death, I believe. I mean, could you really feel excited about a man that was one of the causes of your death? No, not really.

“I hope he brings us some good stories” My eldest brother, Mason said. His mirrors nodded their heads. Ah, by mirrors, I mean he is one of three... Triplets. My mother gave birth first to triplets and then to twins. She herself is a twin, and her sister has a set of twins. Family genes, I guess. Anyway, my black colored hair group of triplet brothers started talking about one of Grandfather tales.

“Now, now. Settle down and eat.” My mother quipped. She has her long black hair in a tight bun. Her lavender eyes turned into little reverse moons as she smiled with rosy lips at her sons. I had already finished my meal and was sitting their quietly, petting my stuffed horse on my lap. While they talked amongst themselves, I was trying to think of what to do this time around. One thing was for sure... I was not getting involved. In all my past lives... or would they be better to be called reruns? Anyway, the thing was... I got involved in peoples business and lives to prevent bad things from happening or to try at least change something that happened. Like, Lady Muri is to marry a man that will end up going bankrupt and the family will fall into ruin. I tried helping so it wouldn't happen and that lead to me being accused of fraud and spent half my life in jail and then death.

I believe that death was by hanging or maybe I was beheaded. I couldn't really remember. I noticed that my family was getting up and leaving, so I followed suit, but instead of going with them, I turned the corner and went to the library. After putting my stuffed horse down on the table, I went straight for the economy books. I pulled out two books, which had a small black leather-ed book in-between them. I brought them to the table with a pen, pulled out the heavy chair and sat down with my legs dangling. I set the two economy books aside and opened the small one. I flipped until the last known page that read,

Death 41, drowning trying to get away from Count Brown. Ship that we stowed away on sunk due to hurricane weather.

“That was also burdensome, as you put it.” I told Master as I started jotting down my new death. I was able to keep record of my deaths in this book, among other things. It was always there the next time I came back. It was to help me try to figure out what to do next. It was given to me by Him after all.

“I don't like any of your deaths, but that was a pointless one... and could've been prevented.” He told me with a sniff. I looked up at him from the book. He was right, the drowning could've been avoided all things considering. But, I figured it was too late and let it happen. I had drowned before and while it was scary and kind of painful, it was less so then some of the others. Drowning restricts your breathing (obviously) so your lungs are on fire and you end up with water in them, but then your brain tells you that your sleepy and you slowly fall into darkness. Drowning, to me anyway... having experienced it at least twice before, is the lesser of other evils. It's still terrifying, but as I said, this time I let it happen.

“I know,” I told him. I know that my deaths affected him and Stormy a great deal. I was severely told off after dying the 41st time. He yelled and cried about my actions, so I vowed to never give up like that again. I didn't think that it would eat at them like it did and just thought how it would be easier for me. Stormy, I was informed, always had the most horrifying reactions to my deaths. By the way, Stormy is someone we will meet later down the road, because it's not time for them to be with me yet (Around my 12th birthday is when we meet them), but Master, who right now is occupying my stuffed horse, is someone who does the reruns with me. He has been with me since my birth in this world.

He turned his little horsey head away from me and I went back to writing.

Death 42. Torn apart by torture machines in front of crowd. The Empress Dowager, Liliana order my death sentence for committing the unproven act of trying to poison her nephew, Count Brown.

Freaking Count Brown again! I huffed slightly. That man was a deadly tyrant and I was tired of dealing with him.

To do list! 1) Save money. 2) Move out when you are able and avoid marriage. 3) Buy land, build a home. 4) Live peacefully by avoiding EVERYONE.

“Sound like a good plan, Master?” He nodded at me, making me smile. This time... this bloody freaking time, I was going to live until a ripe old age and die peacefully in my sleep! And maybe that will finally put an end to the cycle. When I truly lived a full life. 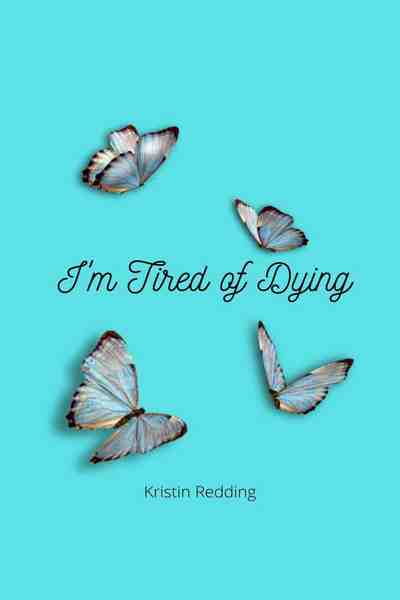 Have you died so many times... that you're tired of it? Mallory Willow Whelan is done. She just wants to live until a ripe of age and die peacefully in her sleep. She's tired of being brought back to retry her life path again and again and again... and again! She has made countless of choices to make it right, but to no avail. This time, she's done. She has four things on her to do list.
1) Make and save money
2) Leave home before they marry her off
3) Buy land, build a home
4) Live peacefully by avoiding EVERYONE!

Will she be able to do it? 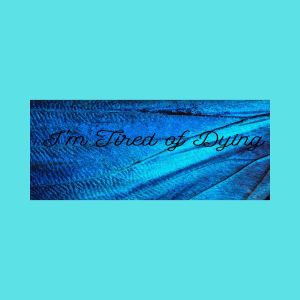