I have never wanted something that was my sister's so bad till she came along.

I'm the middle child of three first there is my brother then there is me and then my sister. My sister and we are both lesbian telling our parents was hard at first however when they saw that this was truly who we were then they got used to it, they just wanted us to be happy.

Now you're pretty much catch up to where I am right now a week before my senior year starts, and the day of amber and parker break up

(shouting from outside the room)

Parker -wait what are you talking about?

Parker- after you just told me that you cheated on me.

Amber- well I just did it a few times and then I came clean.

Parker- what do you mean just a few times

Parker- well you get your wish. I don't want to see you again.

Parker- how did you wanted me to act? Like I'm ok with you cheating on me.

[Parker walks out of Amber's room to the front door.

I walk over to Amber's room to ask what was all the noise about.]

Chloe- amber what is all the noise for?

Amber- is none of your business but if you have to know parker and I just broke up.

Chloe- wait really? I thought she was the one since you lasted so long

Amber- well it was just not working anymore, now can you mind your own business

After that day I didn't see parker again.

If I'm being completely honest Parker and I weren't close at all we never really Exchange words to each other just now and then we said hello and goodbye every time she stayed at my house for a sleepover she was always in Amber's room so she wasn't someone that I missed since I didn't even know her.

A week fly by and it was time to enter school again, this was my last year in high school. When I got to school I went to the gym to the sign-in table for the" soccer help buddy" next to where I put my name they asked me if I had a person in mind that I would want to help but honestly, I didn't know anyone from the lower team I've been in the upper team for so long that I have no idea who is it that needs my help.

Looking through the names of the newbies I saw the name of parker Clancy. I wasn't sure if it was the same, Parker. till I saw Parker my sister's ex walking in the front door of the gym.

Parker- Chloe what are you doing here?

Chloe- well I'm here as extra help to new members but the question is what are you doing here I never thought you were into soccer.

Parker- well I was not but since The Break-Up, I thought I needed something to keep me occupied so I decided to join the soccer team and it turns out that I got in.

Chloe- so that means that you are good to get in

Parker- well I guess so, wait you said that you were extra help here if you like soccer why don't you try out for a team.

Chloe- well actually I have been the team captain of the upper soccer team for about 3 years but at the end of last year's season I broke my leg and I couldn't play. I got the cast taken out a little ago but the doctor told me that if I wanted to play again in the future then I'm not allowed to play for about 2 to 3 more months but since I love soccer I decided that I was not going to be benched out completely so I'm signing in as an extra help which means that I'm going to help new covers by giving them tips and advice.

Parker- really I was not aware of that but is nice that you want to help new members. Have you chosen who you are going to help yet?

Chloe- actually no I don't know anyone here.

Parker- well you know me kind of

Chloe- actually the only thing that I know about you is that your name is parker and you are Amber's ex-girlfriend.

Parker- well that is more than other people can say.

Chloe- Right, by the way, I'm sorry about your break up with Amber.

Parker- yeah I guess we weren't meant to last this long. you know after Amber broke up with me I realized-

Chloe- what do you mean Amber broke up with you she said that it was an agreement from both parts.

Parker- shit I said something I shouldn't have.

Chloe- no it is not your fault you are just being honest, unlike Amber I don't understand why would she lie. Do you mind if I ask the reason for her breaking up with you?

[The look on parker's face can show how awkward and sad she feeling right now.]

Chloe- sorry I'm really stupid for asking a question like this. I'm sorry please ignore me

Parker- no is not you at all is just that I don't want to make your sister look like a bad person.

Parker- well yeah but is not only that I'm trying to protect myself from what would happen if people hear that my girlfriend cheated on me more than once oh God I'm making it all about me.

Chloe- what? she did what?

Parker- god don't get mad it won't make anything better.

Chloe- how could she do something like that and then just break up with you like who does she think she is. but don't worry I won't tell anyone you don't have to suffer any more for what amber did. and she will pay for this at home.

Chloe- I know I can't change anything but I can give her a piece of my mind.

Parker- please don't I don't want you to get into a fight with your sister because of me and yes thank you for not mention this to anyone.

Chloe- look I don't want to lie to you. By saying that I'm not going to talk to her but I promise that I won't throw the first punch and I'll try to hold back as much as I can but I will talk to her about this.

Parker- ok I guess I have to be ok with that.

Chloe- I got an idea feel free to say no to it but you can be the person that a train you can say no to. I'm not going to force you I know It can be awkward since I'm your ex-girlfriend's sister.

Parker- well I guess from time to time it will be awkward but it will be an honor to be trained by the three year in a row soccer team captain.

Chloe- wait so you're saying yes?

Parker- I do want to

Chloe- great let me just tell you that I normally practice every day before school Stars I start at 6 a.m. so that I'm finished by 7 a.m. and it gives me plenty of time to shower and eat Are you still interested in practice with me.

parker- well it is a bit early but I think I'll get used to it eventually.

Chloe- ok then I guess I see you tomorrow at 6 a.m. at the park. Do you drive a car?

Parker- no I haven't got my driver's permit yet.

Chloe- it's okay here just give me your phone number and then you can text me your address and I'll pick you up. I will pick you up at about 5:40 so that we have time to get to the park

Parker- that sounds perfect thank you

Parker- got it to thank you I'll see you tomorrow 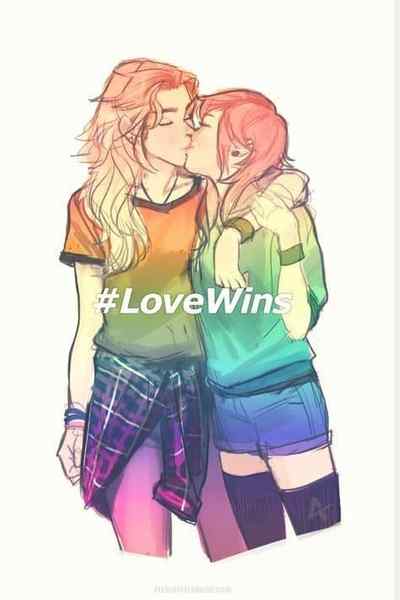 Chloe is about to start her last year of high school, and she is finally getting over her ex-girlfriend. She is sure this is going to be an easy year. But after a single talk with her sister's ex-girlfriend, something changed. She didn't know what it was, got close, and out of nowhere, things became too complicated.
[The only question is if it's the valid kind of complicated or the not so genuine kind] 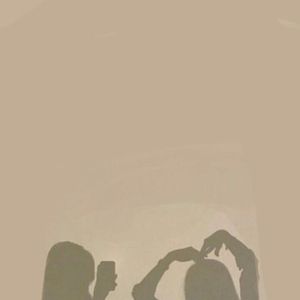