In Another Life (an SGE fanfic)

Agatha sat on her balcony, looking out to Camelot. She is eight months pregnant. Tedros was at a meeting and she was resting in their room. Camelot always looked so beautiful in the sunset. Someone suddenly burst in through the door.

“Agatha darling, are you feeling fine?” Asked Belinda, a woman she met in the village. She helped them around in the castle and was a better replacement than Lady Gremlaine.

“Would you like to visit Dean Sophie today?” she asked her, smiling.

Agatha stopped and thought about it. She hadn’t visited Sophie in almost a year. It would be nice to have a reunion with her sister and best friend again. “Yes, that would be nice, thank you,” she said, smiling at the thought.

Tedros came in through the door, looking exhausted. “Well, there were less arguments with Maidenville this time.”

“That’s good. Belinda, do you think you could give us time alone?” Agatha asked her.

“Of course,” she said, still smiling. Once she closed the door for them, she scowled. What a disgrace it was living with them. If only she could rule Camelot, the whole Woods would be under her control. Yes, that was very good.

She met Agatha in the village, when she was very poor, and lonely. Agatha had seen her and had sympathy. She gave her the opportunity for her to work as a maid in the castle. She had obviously accepted. This could give her a chance to rule Camelot. She just needed to figure out the king and queen’s strengths and weaknesses, then, she would be all set.

Belinda had asked Agatha to go to the School for Good and Evil on purpose. She planned to grab a spell book from Sophie to look for a special spell. A spell that would send them to a far away place. Another dimension. This place was Earth.

“So do you want to come with us to the School?” Agatha asked Tedros.

“Um, sure i guess. We haven’t seen her in a long time,” he murmured.

“Shall we get in the carriage now? We don’t want to be late!!” exclaimed Belinda as she shoved past them.

Tedros glared at her. “We can take as much time as we want. There is no hurry. Sophie will accept us either way.”

“I think she’s right Teddy, we should start heading over there. Is everything in the carriage?” Agatha asked Belinda.

“Yes,” she smiled, knowing her time was close.

When Agatha and Tedros were done talking, they all hopped into the carriage and started heading to the School for Good and Evil. The carriage ride was very long and lasted for about 6 hours. They stopped occasionally to look outside, but it was mostly for bathroom breaks. *cough* tedros *cough*

They finally got to the School and found Sophie waiting outside for them.

“AHHHHH AGGIE MY POOPSIE I’VE MISSED YOU SO MUCHHH,” she exclaimed.

“I’ve missed you too Teddy,” said Sophie as she pulled him into a hug. He cringed and Agatha shot him a death stare. “Now, let’s all get inside, it’s freezing out here.”

Agatha changed into something more comfortable and went out to dinner with Tedros and Sophie. It was loose, almost like a nightgown. It showed her pregnant belly very clearly. When she entered the room, Sophie gasped. “Oh my gosh, Aggie!!! You’re pregnant and I didn’t even notice!! I thought it was just the dress making you look fat, or you’ve gained weight, but I was so wrong- anyways, I’m so happy for youuuuuu,” Sophie gushed.

“Thank you, I’m eight months in,” said Agatha proudly. Belinda entered the room with food on plates, just to eavesdrop.

“And,” she smirked, teasingly, “you are going to name her Sophie right?”

“No, we’re going to name her Diamonique,” she said.

“Oh, what a pretty name!! I still think Sophie is better,” Sophie winked. Tedros rolled his eyes and Agatha smiled.

They were halfway through dinner when Belinda finally spoke. “Sophie, where is your personal library?”

“In my Dean’s tower, why do you ask?” She interrogated.

“Oh, I forgot to bring something to entertain myself with while you guys go out tomorrow,” Belinda lied.

“Okay then, you can borrow any of my books then. It’s not like I actually read them anyways,” Sophie said. Agatha laughed.

When they finally finished dinner, Agatha announced that she was going to go to sleep. They all decided that everyone would, and headed to their rooms for the night.

Belinda was the only one who stayed up. No one had noticed that she left dinner early, and that gave her a big advantage. She went into Sophie’s Dean tower ahd stole one of the spell books about vanishing.

She read it and found the perfect spell. The Mundotro Spell. It would send them to a different dimension, perfect because it was permanent. There was a way back, but they would never guess. The way was through a child.

It was morning and Agatha, Tedros, Sophie, and Belinda had already eaten breakfast. “Why don’t we all go to my tower balcony??” asked Sophie eagerly.

They all headed to Sophie’s tower and went out to the balcony to watch the sunrise. All of them had woken up very early.

“Agatha, Tedros, Sophie,” started Belinda, “you and your friends don’t deserve this. You deserve a better place.”

“And I can take you to that place,” she said.

“With pleasure,” she smiled. She started chanting the spell and her finger glow burst with a green light. Agatha realized what spell it was. “No!” She yelled, as she and all her friends were sent off to a place called Earth. 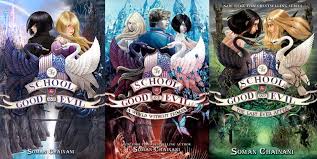 If you have made it this far, thank you for reading! I will upload again soon! 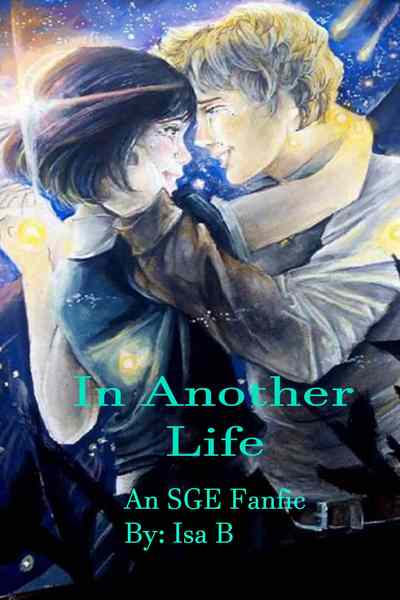 In Another Life (an SGE fanfic)

A woman named Belinda despised Agatha and Tedros. Belinda was eviler than Sophie in many ways. She took over the throne of Camelot and claimed it for herself. By asking a spell from Hester, she sent the group of heroes to California, where they would live normal lives as regular people. Agatha and Tedros still knew that they were not supposed to live a regular life. They had a feeling that they were meant to rule a mystical place. Once they were sent to Earth, they had a child. Her name was Diamonique. She was the one who would help them find a way to get back.
It’s kind of like ‘OUAT’ (once upon a time) but not really. It’s gonna be different.
*COVER IS NOT MY ART
Subscribe 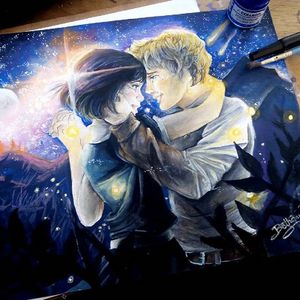