From outside, it didn´t look like a maximum security governmental building.

I wasn´t impressed however. In my line of work it didn´t matter what was outside but inside. “Follow me, please” my employer had told me as we entered the building.

Nothing different from a normal building lobby.

We got to the “service room” door. Inside, there was a waiting space and the metal bars to an elevator. We entered and quietly went to the last floor.

“What kind of beast am I supposed to watch over? To be in a place like this…” I said looking up to the tenth camera I had seen since I arrived. “It must be a monster”

My employer glared at me over his shoulder and stayed quiet.

“Did you hear about the incident where fifteen people died at a port?”

I pulled an eyebrow up.

“News won´t shut up about it. They said it was an explosion that made the bodies look that way” the aura fell heavier as silenced ruled “I suppose that wasn´t it”

A soft ring was followed by the doors opening.

We had arrived at the cell corridor. We walked through it. My attention caught in the many metal doors and their minuscule windows. I caught a glimpse of someone in chains as we turned left.

These were all criminals of the highest level. Terrorists, tyrants, people who didn´t deserve to live another day, yet, they were because it was illegal to shoot them.

I kept following the man in front of me through desolated corridors. Seeing the number of doors decreasing at each step.

“You´re clever, mister Morgan” the man replied, stopping in front of two guards who gripped their guns as they saw us get closer. They did the basic security tactics and let us enter after we showed them our IDs. Mine fresh from the printer. “Certainly. There had to be a cover up if we wanted to avoid public panic”.

“Are they that dangerous?” I asked him. The other cells were already tight in security. But an isolation cell just said “enter at your own risk”.

There were two separating ways after the checkpoint. We went right.

“The bodies at the port weren´t due an explosion. Neither was a terrorist attack as some news claim” He kept talking as he opened a final simple looking door that connected to a room full of people looking through a one way glass. “It was one person´s doing”

I frowned at him before following him inside.

On top of radio´s buzzing, quiet murmurs flew on the air as they watched beyond the glass. Ignoring us, I walked closer to it. In the other side, a young man with a untied straight jacket sat on a chair and a table.

He had his eyes forcefully shut.

“Test number 13 is about to start” a whisper flowed in the air.

“It´s ok to open them” One person besides me talked to him through a microphone.

“Really? There´s nobody in this room right?” He said trembling.

He slowly opened one eye to look around, sighing in relief, he opened both.

He noticed the photo on the table.

“Who´s this?” He asked. Suddenly the room went into a rush. People ran to see the monitor in the other side of the room.

I looked at him instead.

He was holding the photograph on his left hand with a curious look. Almost like how a child trying to understand what stands in front of them would.

I heard a collective sigh as he put the photo down.

“What´s all this?” I directed to the person who talked with him.

“You´re the new guy right?” she asked examining my face. I nodded slowly “I see. We´re on opposing sides then” before I could ask what she had meant, she continued to speak to him “young man, could you look at the wall and tell me what you see, please?”

“Alright. There´s nothing….Oh! What a beautiful flower” He said smiling “ah, it changed. Aw, a puppy! Ok, now it´s the same guy from the photo…who´s this?” As he talked, collectively, all people in the room gasped in shock as a sound similar to a ball dropping resonated. “Is this guy someone dangerous? His eyes look kind of…sad. Scary, but sad”

I took a proper look at the man in the footage through the woman´s monitor.

It was a known drug lord that had been caught and sent to a maximum security prison a few years back. The footage was possibly confidential as it showed him sitting on a room similar to the one he was in, completely alone. If my memory didn´t fail me, they had mentioned him being there.

“Call the cleaning crew to cell 6832” a man ordered his assistant.

I rushed towards the monitor where people had gathered just to find the grotesque image of a room bathed in someone´s insides and blood.

“What the hell?” I whispered under my breath.

“Thank you for your cooperation” the woman told the man in the room.

“I…yes. Hmm, will…will this help my condition? Will this stop my eyes from killing?” He asked softly. He had no idea what had happened just now.

“We´re working on it” She said coldly.

“I see…” he replied looking at the table again. “Let´s hope!” he said smiling.

“We will be taking you back to your “room”. Please close your eyes”

“What is it?” She said, visibly exasperated.

“Could you please, show me Connie Island? Even a satellite image will do” he asked flustering “It´s a pretty view to hold in your mind until the next test”.

The room went quiet. The woman looked back at my employer. He shook his head.

“They will be coming in a second. Please close your eyes” she said coldly once more.

“Oh…It´s alright! That pup was really cute! I wonder if his fur is as soft as it looks. I would love to pet it. And that flower!” he started rambling closing his eyes strongly. Finally he went quiet when two men entered the room. One of them put what it looked like metal eye blockers and adjusted the belts around his head. Then the other helped him adjust the straight jacket. After stretching one last time. Then they took him somewhere else through the door. He had a smile on his face as he disappeared.

“What´s going on?” I asked the woman again.

“And with that, he has killed 17 people” she said calmly “That´s the man who killed 15 people at the port incident. Quite a naïve one isn´t he?”

“What?” I blasted out

“Six months ago, the special units were called after 13 people were killed in an apparent bombing. When they arrived, they found a man in the middle of the remains. As they got closer, the man started to panic and scream nonsense when…”

“The closest unit burst out like a water balloon” she interrupted him.

“After that” He continued after giving her a look “a negotiator was called. Three hours later he asked to be brought here” he finished.

“He “asked”?” I repeated, dumbfounded.

“Apparently it wasn´t a conscious act. There´s something about his eyes that makes eye contact with him do…well, that” he answered pulling one end of his mouth up.

“Your job is simple. You will watch over him 18 hours a day. Talk and find out the reason of his freakiness. Don´t worry, he´s quite chatty and oblivious to that fact.” the woman continued crossing her arms “However, you´re prohibited from giving him more information than the absolutely necessary. For his sake” She smirked with dead eyes.

“Can we count on you, Mister Morgan?” The man fixed his sleeves at ease.

“Deciphering what made him this way through chats. I´m surprised nothing came up before if he´s so chatty” I wondered looking at the woman. My job was too easy.

“Very clever. But that boy doesn´t speak much about himself. He will avoid talking about it as much as he can. The info we got is just the basic stuff. Damon Gaskell. A Film student from Chicago. Twenty years old. All his family and classmates cried a river at his funeral”

“What funeral?” I naively asked.

“How many victims were killed at the port, newbie?” It was a sudden question that took me by surprise but I was quick to answer.

“Fifteen” It hit me right then. “Fourteen…” I was speechless for a second. They needed to keep people from panicking… “He was counted in the victims to cover it up as a terrorist explosion” I sounded as surprised as I was and felt my cheeks burning in embarrassment.

“He thinks we´re trying to help him, isn´t he?” I asked nobody in particular.

“And we are. Helping ourselves in the process doesn´t hurt anyone important does it?” My employer replied lightly.

I had no say in the matter. It was my job and… Hadn´t I thought the same just moments before?

I took a look at them and then at the people behind me.

They couldn´t look happier about Damon Gaskell´s ability and the endless possibilities it brought.

“As long as he doesn´t look at me, everything should be alright, correct?” I asked looking back at my employer.

I studied the man´s face. Clear of any guilt or remorse. The woman´s too. Expressionless like a mask.

“To study his ability through opening his shell up” I drowned a laugh “what kind of rotten secrets hide under such a gentle mask?” I thought to myself as I stretched my hand with my employer “sounds like a challenge I´m up to” He shook it with a wide smile. 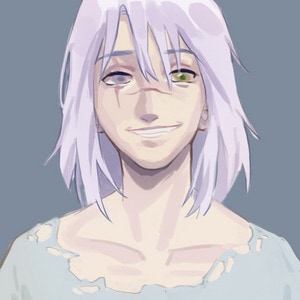 SO, I have literally like no time to do any comics so possibly I´ll be writing so much more than I draw.
Hope you enjoy the trip! 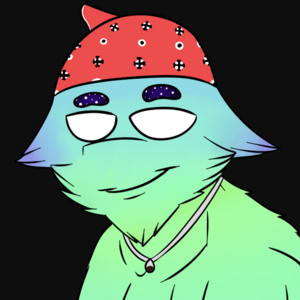 this has already peaked my interest, im looking forward to the next chatper! Damon seems like such a sweet individual that doesnt deserve this fate, i hope he gets the right help 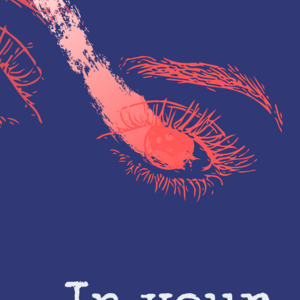 In the last floor of a top secret facility, there´s a maximum security cell with the culprit of the unnatural death of 17 people. Morgan, the cold mercenary, is assigned to monitor the inhabitant of said cell and find out the reason behind his deathly ability.
Morgan´s expectations for a ruthless criminal are blown when he finds out the killer is the kind of guy who gets excited at a puppy´s photo.
Subscribe 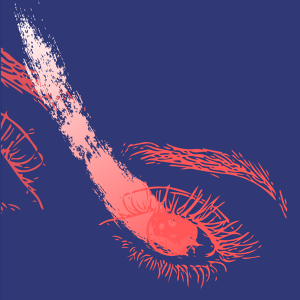