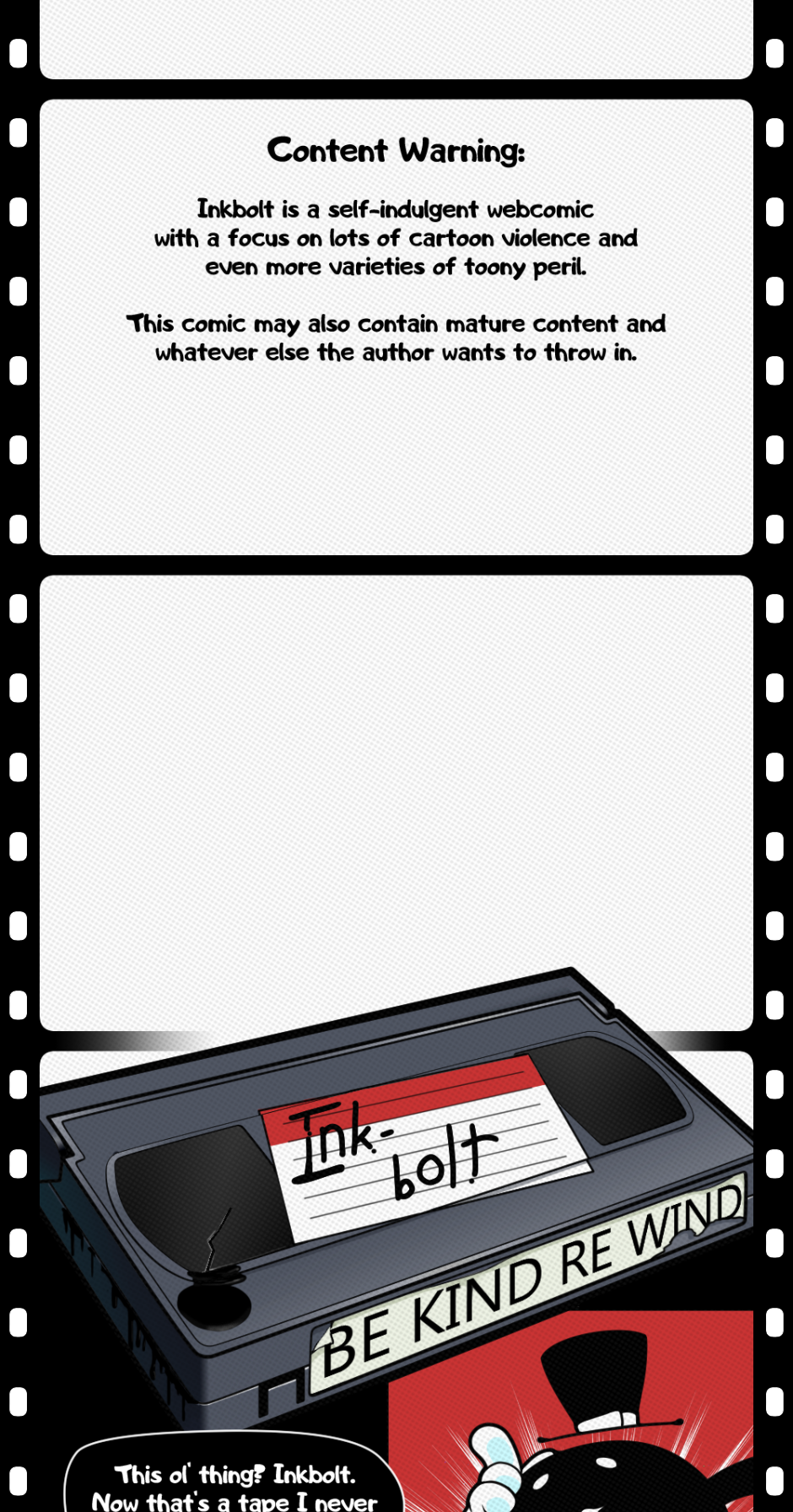 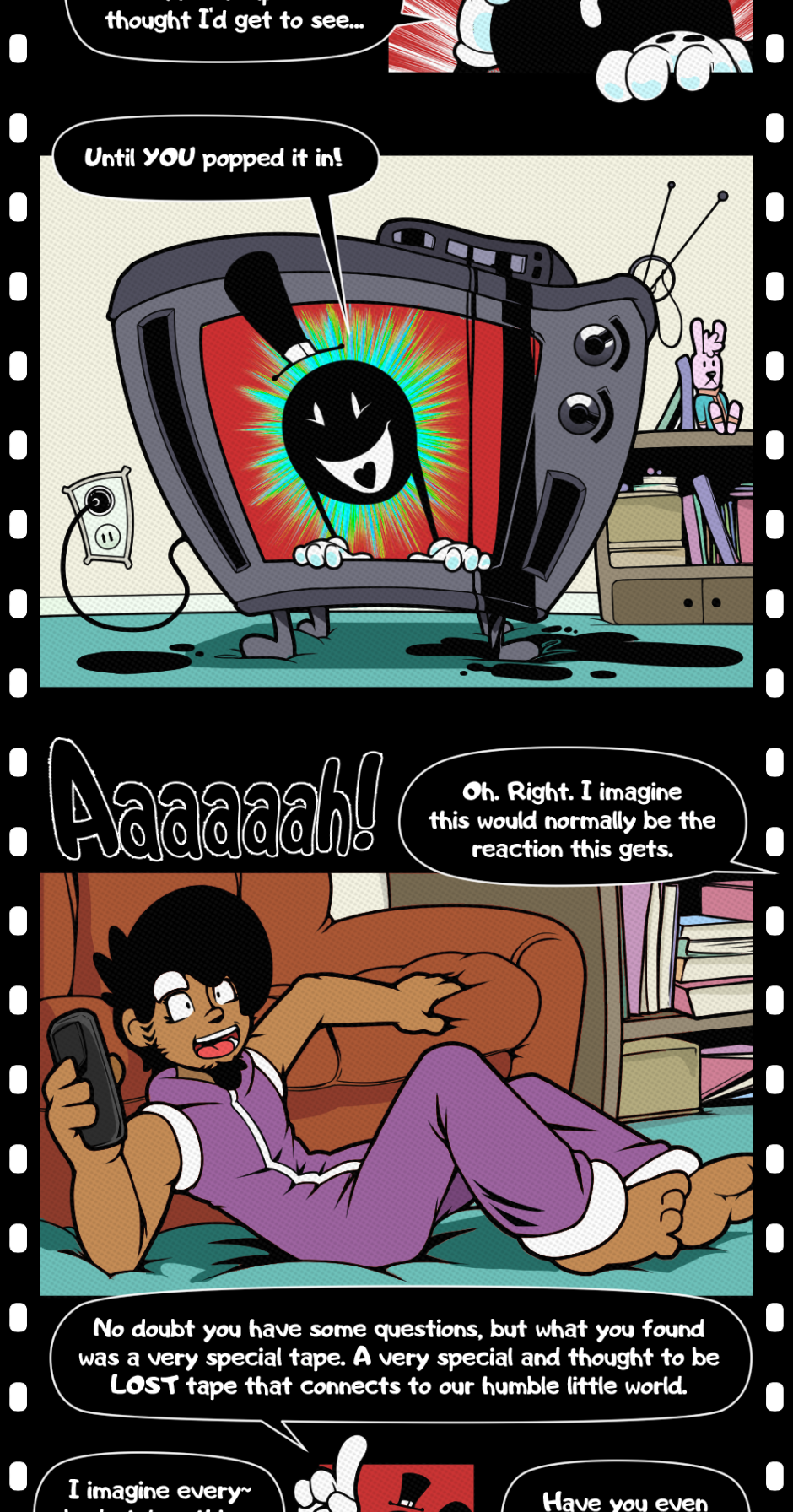 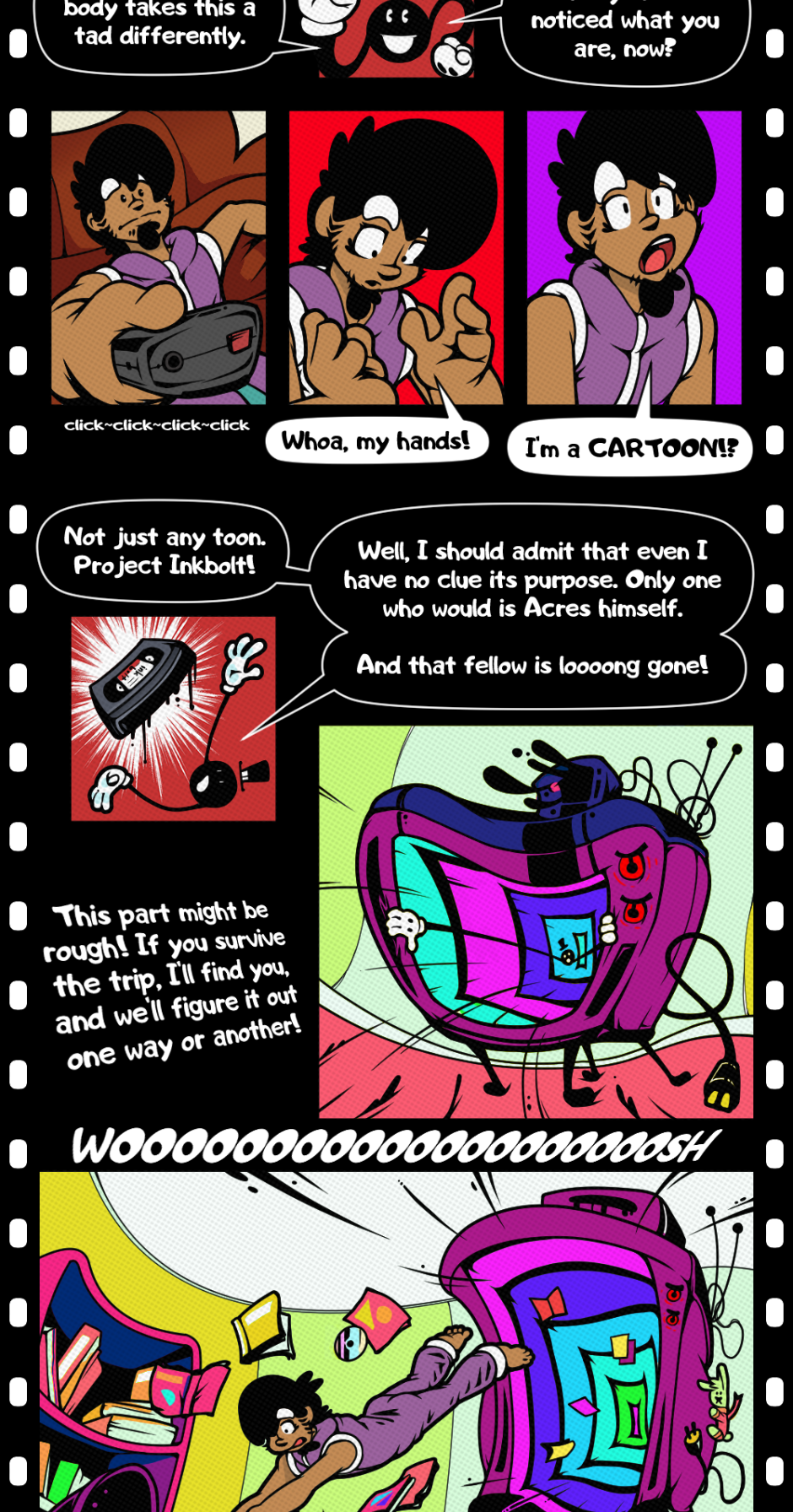 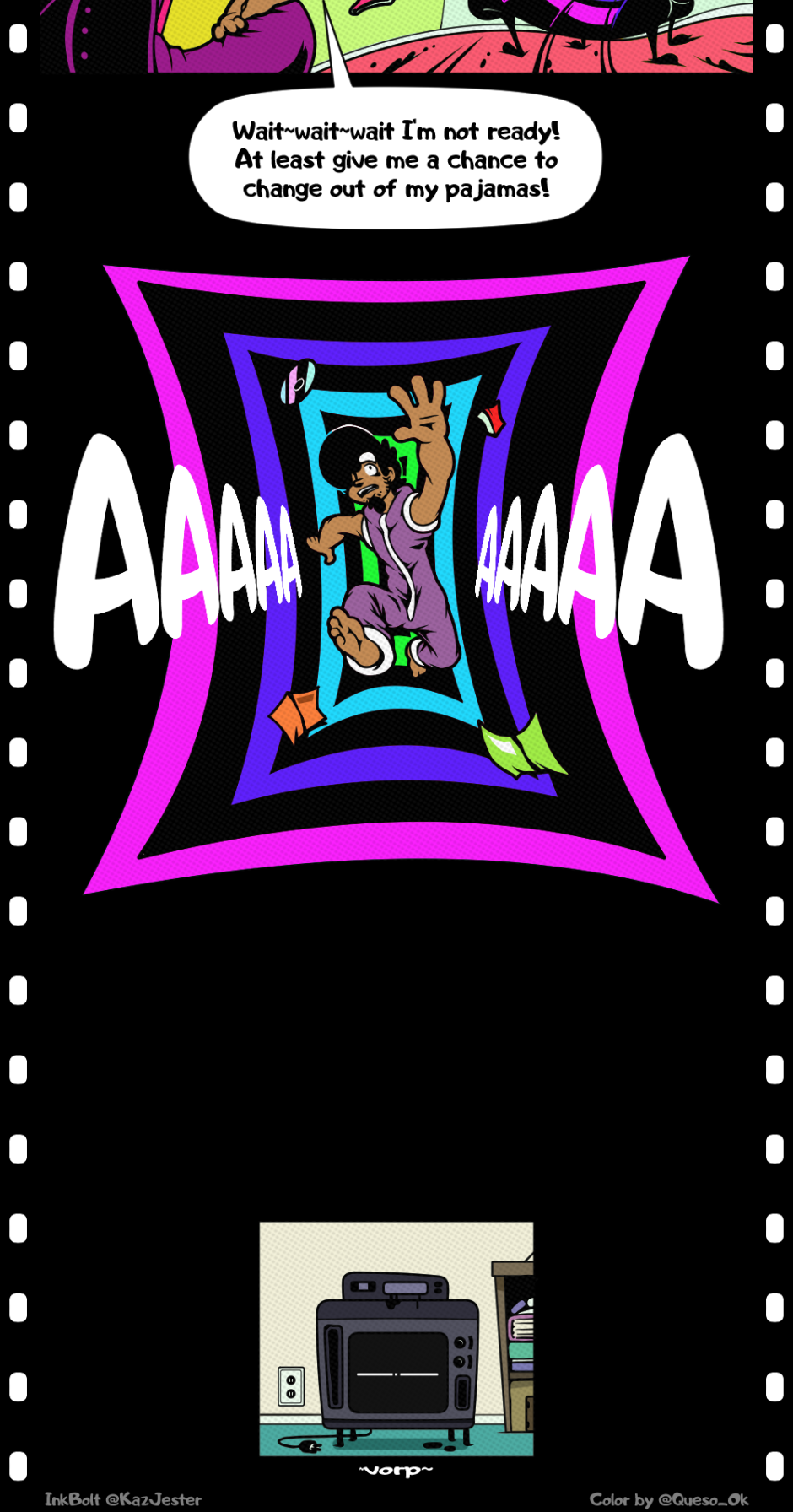 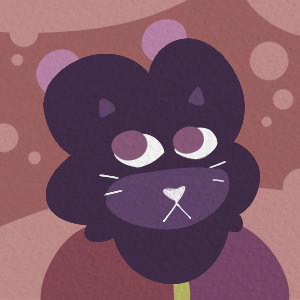 Inkbolt, huh? I've missed that toon wolf, so let's dive into the TV.

An additional note for context, I started this comic back in 2016 and rebooted it this year. The characters mostly remain the same but a lot of context and structure has changed for this new version.

So what did that guy look like before he found that tape, and it turned everything around him including himself into a cartoon version of his usual lifestyle in his own world? 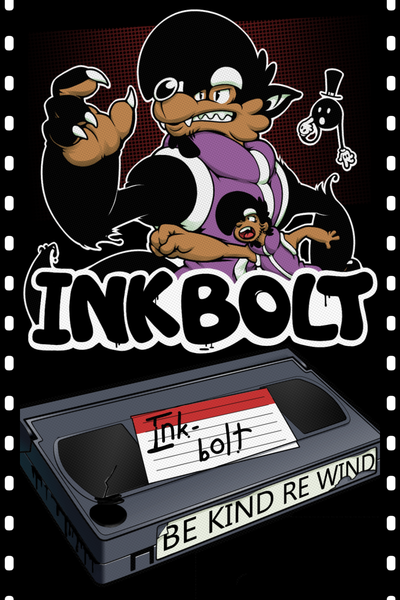 Turned into a cartoon himself, Toma is transported into the world of a long-gone toon creator, and finds himself stuck in a city where cartoon violence rules. Given to him by a lost tape called "Inkbolt", Toma is granted the ability to turn into his own cartoon wolf. Both a fanboy of the world and trapped there, Toma must get stronger and figure out how to use his own toony powers.
Subscribe 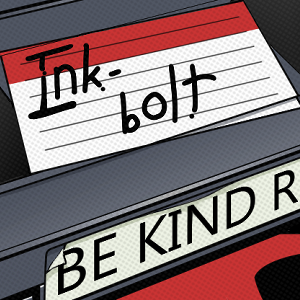