Wilson had gotten the door first.

It just appeared in his home one day, a plain wooden door. He dared not open it as he did not want to learn what lay behind it. He asked the others if they had gotten any doors in their homes but they reported nothing of the sort.

A week later and Maxwell had received one. He said he could hear laughter from the other side on occasion, it wasn’t evil laughter, but happy laughter. The group was confused by why these doors existed, what they meant and what lies behind them. He suggested that they could lead to an entirely new place in the constant, it may take them to places they frequent often. Wilson pointed out that if this were the case, everyone else would have also received a door and not just the two of them. This then sparked a large discussion on why the others didn’t receive doors and nothing got done that night but that didn’t stop them all from being curious, Wilson wanted to walk into his door but Winona was very much against the idea.

“Nothing good can come from that door Wil,” She said as she yanked the wires out of her gadget, “Whatever is on the other side will cause nothing but trouble.”

“But we don’t know that for sure!” He argued, “What if Max was right and it just takes us somewhere new?”

Winona scoffed, “We already have an ocean, an island and three new people in the camp, I think we’ve had enough excitement to last us a lifetime.” She put down her tools and faced him, “Besides, Max’s door appears to be different, he has laughter while yours is silent. If they lead anywhere, one sounds a lot safer than the other.”

“It’s so bold of you to assume that Max has a safer door.”

Wilson huffed, “Nothing in the scientific world would have been made or discovered if they all just sat around like a bunch of cowards!” He started to fiddle with some wires that were laying on Winona’s workbench, “Plus, we’re technically immortal so even If I die behind that door I can always come back.” Winona sat down with a sigh, looking at the short man.

“It’s not about you coming back or not, it’s about whether or not you’re about to unleash something.” She took a breath, “These doors could lead to some new problem we’re gonna have to face or something even grander in the long run. If we cross this line there may be no way to recover.”

"We’ve defeated almost everything that’s been thrown at us, I highly doubt a door could kill all of us.”

“Shhhhhh,” He hushed her, “Just let me be stupid.”

She rolled her eyes and went back to her work, “You’re stupid no matter what I say.”

He couldn’t help but smile as he got up and waltzed out the door, he had a door to explore. He’d have to wait until the morning though. He hated how short the days were now, it left no time for him to do what he wanted.

No more doors were seen after Maxwell’s. This didn’t end the great unease everyone felt as Wilson nor Max had gone into their doors, but today, Maxwell, Winona and Wilson were going to open one and brave whatever was inside or what came through. They just had to decide which one to open first and that was proving to be rather difficult. The three of them were gathered around a table in Winona’s cabin, getting no closer to an agreement.

“What’s wrong with my door? It seems ten times safer than Wilson’s!” Maxwell complained, “Besides, the door has been in my possession for longer.”

Wilson rubbed his temples, “It’s not about how long we’ve each had a door it’s about weighing our options.”

Winona nodded, “Your door has laughed many times. What if there’s some sort of, I don’t know, laughing demon behind it?.”

“How is silence any better?” Max argued, “There could be nothing but a black, endless abyss awaiting on the other side.”

“I’d rather fall down an endless abyss than unleash a new monster onto the world, Max.” She replied, saying his name with spite. Max huffed, leaning back into his chair.

“I just think we should just face the bigger threat first.” Max said, “If we just get over the biggest hurdle first we can deal with the next one.”

“A new monster isn’t just a big hurdle,” Wilson butted in, “It’s a big hurdle and a hundred different small hurdles all wrapped into one. It’d be safer if we just-”

“There’s nothing safe about any of this Wilson!” yelled Max, cutting him off, “We either risk the possibility of unleashing a new monster or we risk the complete unknown! I’d rather have the monster!”

Winona rolled her eyes while Wilson threw his hands up in defeat, “Fine, I’ll tell you what, You can explore your door while Winona and I explore mine.”

“How come you get Winona?”

“Because I’m his impulse control and brain cell keeper.”

"Do we have a deal?" Wilson asked, impatiently. Maxwell sighed, magically pulling his book from inside his suit.

"I supposed I can explore the unknown on my own for once." He stood up and made his way towards the door, "Try not to get killed, it'd be a shame if we had to waste resources on you."

Wilson let a small sigh of relief, “Now that he’s gone,” He stood up, “We should prepare for the worse, I’ll meet you at my house in a few.”

Instead of immediately opening the door, Wilson and Winona stood in front of it for a while. Both very nervous to see what would lie behind the door.

“Ladies first?” Wilson gestured nervously to the door. Winona smiled a bit and gripped the handle.

Wilson nodded, gripping his spear and aimed it at the door. “I’m ready.”

Winona took a deep breath and threw open the door and charged in. She immediately tripped over something and fell on her face.

“OW!” She yelled, hissing in pain as she slowly got to her feet. Wilson carefully walked in after her, the room was still dark. He helped her up from the ground, looking around. The room wasn’t very large from what Wilson could see, next to the door was a small switch that Wilson quickly pushed. The door closed and light immediately filled the room, wires covered the entire floor but a design was noticeable; black swirling roses, this confirmed that Them and Charlie had planned this all.

Winona looked closely at the projector, “Wonder how they made this.”

“This projector seems brand new,” Wilson began inspecting it, seeing if it had film. There wasn’t a roll in sight, then again, the room was strangely empty, the whole thing was nothing but wires and the projector.

Winona began pulling on some of the wires until she came across one that was completely loose, she followed it all the way to the far end of the room, it appeared to have fallen out of the socket.

“I think I found the problem!” She shoved the plug back into the outlet. The wires immediately glowed red, the whole room glowed as the red rushed towards Wilson and the projector. Wilson watched in fear as the projector whirred to life, filling the room in a blinding light.

“Winona!” Wilson yelled, covering his eyes, “Undo whatever you just did!

The projector whirring got louder and louder, the room filled with more light. 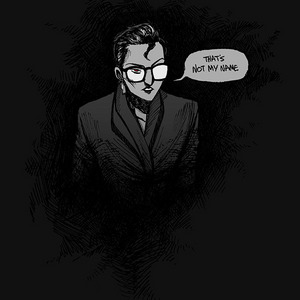 again, it's super short but I had a fun time writing it! I may add a continuation in the future but I want to play with the idea first before I actually even decide to do that. I hope you enjoyed it :))) 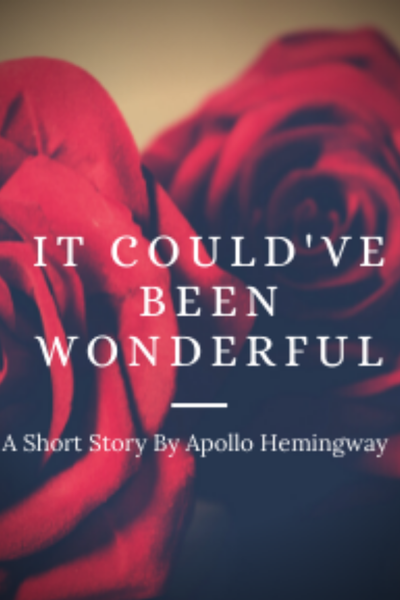 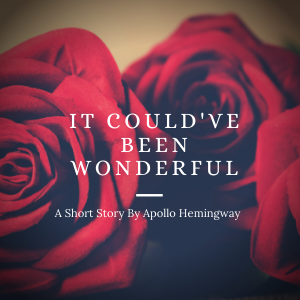