Elise Jamieson was not a musician.

Elise Jamieson was a lot of things. She was a girl, for a start; technically at an age where she should already be called a woman, but she wasn't sure the word fit her just yet. She was a college student, an artist and a writer; a bookworm, fangirl and shipper; she was twenty-one years old and good with languages and too small for her age, though she insisted she was simply born in a country full of giants, and in other places her height would be perfectly average. But a musician she had never been, and she wasn't planning to become one. Music, it seemed, had never quite been up her alley.

Which was not to say music had ever been far from her alley. It had always been waiting just right around the corner, and all she needed to follow it was a little push in the right direction.

The train was mostly empty when she headed downtown. Elise only had afternoon classes that day, and the trains into the city were rarely crowded at this time of the day; morning traffic was long gone, and the onslaught of people returning home wasn't due for another hour or two. The only people near her on the train had been another college-aged girl and an older man with a bicycle.

Her heels clacked dully over the station floor as she made her way out, the sound muffled by the earplugs she was wearing, playing the same song she always listened to on this part of the trip. Elise mouthed along the words as she went. Her coat was slung idly over her arm, bunched up in a way that didn't suit the well-made piece of clothing. It was only the beginning of March, but the air was already surprisingly warm.

All in all, it was business as usual.

Stepping out of the station, Elise strode out into the sunlight, running to still catch the traffic light before it turned red. The song was still playing, her feet hitting the ground in perfect sync with the rhythm.

Until something carried to her ears past the familiar melody, and she paused.

Years of commuting into the city had taught Elise to ignore most unfamiliar noises. But there was one thing she could never walk past, and that thing was music.

Pausing the song on her phone, Elise unplugged one earbud, then the other. Her eyes scanned the street for the source of the sound: past the tourists and the businesspeople and the college students with their coffee-to-go cups, around the corner and into the pedestrian zone beyond.

It took her a moment to spot the singer. She had expected a whole group, but all she could find was one person: a single girl, standing atop one of the benches, singing along to an instrumental on a cheap sound box she had connected to her phone.

"…Just to figure out that no one would call…"

Elise stepped closer. She knew this song, she realized: knew the melody, knew the lyrics, knew the original artist. How many times had she listened to it herself, mouthing along to the fanmade lyric video until she could recite it in her sleep?

"I think I've got a lot of friends but I don't hear from them," the girl continued to sing, her voice carrying over the sound box despite not having a microphone. "What's another night all alone?"

"When you're spending every day on your own," Elise sang along under her breath. "And here it goes…"

People pushed past her, muttering curses under their breaths. Elise moved out of the way, closer to the girl, her eyes still glued to the singer. She had to be about Elise's age, her shoulder-length hair dyed the brightest shade of pink love or money could buy, her black leather jacket and jeans covered in studs and hot pink patches, her ears adorned with a dozen black piercings. She wasn't simply singing; she was performing with her whole body, getting into the song with every inch of her being. Her entire form was a flash of color and life among the empty faces and dull color palettes of the passers-by, like a neon-colored graffiti in the middle of a concrete wall.

And yet no one else seemed to stop and listen. People were simply hurrying past, some of them throwing disapproving looks in the girl's direction. She shot challenging glares back, as if daring them to come say something to her face if they had a problem with her.

I'm Just A Kid by Simple Plan. It was a strange choice for a street musician, Elise thought. How old was that song now? To say nothing of the genre—hadn't that fallen out of fashion a solid decade ago?

I had no idea that kind of music was still out there.

The girl continued to perform, and Elise continued singing along under her breath. People had to be giving her strange looks too: the prim and proper girl in heels and a blazer, a leather bag slung over her shoulder, standing there mouthing along to an emo teen pop-punk song that was almost as old as she was. Just this once, Elise decided she didn't care.

Elise tried not to show how much she related to the lyrics. She tried not to think of her last birthday, mere weeks ago, that she had spent with no one but her family because all her friends were either too busy or living too far away to invite. But the girl in front of her made no such pretenses. She was singing her heart out, feeling every word, and Elise couldn't help wondering if it was speaking from her soul too.

One song ended, and the girl launched straight into the next. Elise kept standing where she was, glued to the sight, the sound, the small, nagging hope that maybe, in between songs, she might go up and manage to talk to this girl.

The second song ended. Crouching down on the bench, the singer fiddled with her phone, searching for the next instrumental. Elise's chest tightened. Now, she thought, would be the perfect time to approach her. Speak to her, say something, anything. Start a conversation. Compliment her singing, her song choice, hell, even her hair. It should be so easy.

She took a deep breath, but no words came out. Everything she could say sounded stupid even in her own ears, forced and horribly awkward. Why would a girl like that want anything to do with her, anyway? Elise knew she was too old to still think in these categories, but this person was simply too cool for the likes of her.

Rationally, Elise knew that. And yet, as she stood there, she couldn't help feeling like that awkward teenage girl tagging along with the popular kids, following around in the desperate hopes of catching even a crumb of their attention and coolness.

Finally the girl started the next instrumental, and Elise's chance had passed unused. Cursing herself, she gathered up all her courage, telling herself that next time she would definitely, absolutely open her mouth. All she needed was a second chance. Just one small, simple chance.

But after this song the girl didn't pause before continuing into the next again, and Elise found herself frantically checking the time. One more song, and then she really had to go. Otherwise she would end up late for her class.

And just this once, fortune appeared to be on her side. After the second song the girl paused to dig for instrumentals again, and Elise gathered her courage and took a deep breath.

Only to be interrupted by a voice from behind.

"Dude, what are you doing?" a lanky boy in glasses called out to her, carrying a suspiciously huge bag. "We could hear you the whole way from the station!"

Dropping her phone, the girl spun around, jumping off the bench and planting her hands on her hips. "What am I doing? What are you doing!" she shot back. "You guys kept me waiting for half an hour!"

The three arrivants, all young men around Elise's age, exchanged a confused glance. "Uh…no, we didn't?" the tallest of them said. "You showed up early!"

"I showed up at two P.M., just like you said." Crossing her arms, the girl gave an exaggerated pout. "And you assholes are late."

"We said two-thirty," the shortest of the boys piped in. "Two o'clock is on Friday."

The girl stared at the screen for a solid moment, then she gave a loud groan. "You guys should've said something!"

"We did!" said the tall one, laughing out loud. "Watch her show up late on Friday now. Bet?"

She punched him playfully in the arm. "Shut up!"

Standing on the sidelines, Elise watched them squabble and joke around, suddenly feeling very lonely. From one moment to another she felt stupid for even thinking of approaching this girl; she clearly had her set of friends, and Elise had no reason to intrude on it. Even if they all seemed fun…no, all the more because they all seemed fun, too fun for a person like her to handle.

One way or another, she needed to get going now. Otherwise she was definitely going to be late.

Sighing, she turned around when her eyes landed on something on the bench. A stack of flyers, piled up beside the sound box.

Without thinking, Elise snatched up one of them and hurried to class, not noticing the pair of brown eyes that followed her as she went.

Later on, as she waited for the train home, Elise took a look at the flyer again.

It was simple, obviously not made by professionals. The small sheet of paper advertised, in big bold letters, The As-Yet Unnamed Band—no social media links, just a handful of dates and locations for upcoming gigs. One of them was already in the past. The next one, however, was just over a week ago.

It wasn't even that far, she thought. Or that late. Her mother wouldn't like her going, but her mother was rarely happy with her going anywhere to begin with. Still, it would take some convincing. Was that worth it?

What was she doing? She had seen this girl once. She didn't know the rest of the band at all. Under normal circumstances she should briefly consider going, decide that it wasn't worth the trouble, and regretfully stay home.

But somehow, this time, every single part of her was urging her to go.

She would likely regret her decision. Right before heading out, or at latest when arriving at the location, she would panic over the step out of her comfort zone. But if she ended up not going, something was telling her she would regret it even more.

So, in the peaceful quiet of her room, she made a decision.

Elise Jamieson was not a musician.

And she had no idea that that was about to change. 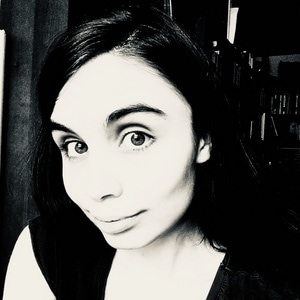 Hi guys, guess who's back (back again)! Fear not, this time I won't update the story every day, just once or twice a week. But for now I'm really hyped! 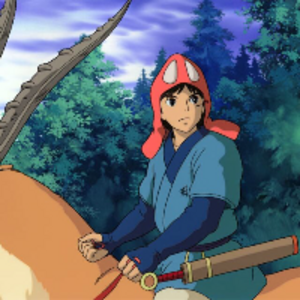 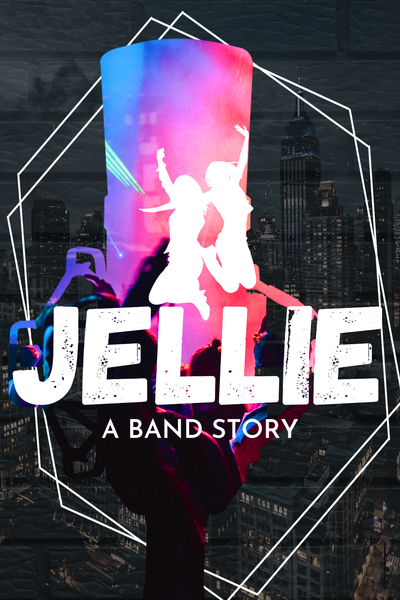 Hot-blooded Jennie Lin can only write melodies. Reserved Elise Jamieson can write anything but melodies. When their paths cross, it's the birth of something amazing. But when Elise joins Jen's band, Voice in the Crowd, as a co-songwriter and second vocalist, she has no idea what she's getting into: more fame than she ever hoped for, but also conflicts within the band, a battle against her own physical limitations, and increasing fan shipping. To say nothing of her own growing feelings for Jen, which may or may not be one-sided… 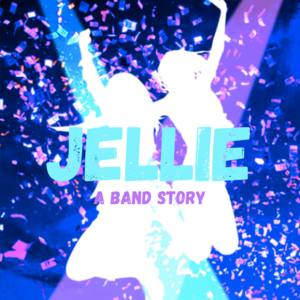