A heavy thud sound woke me up better than the pain that radiated through my lower back as I had fallen off my bed, I reached up from the floor to the corner of my nightstand as I hefted myself back up to my knees, the heavy clattering sound of glass on glass pinging from the various things on said nightstand. The bright lights of the city outside muffled to the point of entirely pitch black nothingness around me, but the feeling my limbs trembling and my stomach twisting still remained.

Every…single…day…for at least the past week or so, I’ve been waking up to night terrors, but vague…strange visions that made no sense and had no rhyme or reason to them, but all ended with me nearly falling off my bed or nearly throwing something off the shelves at work because I’ve just…not been able to sleep. I’ve been falling asleep at work, staying late because of that as I need to ensure everything is alright. I’ve been buying way more coffee than I usually buy along with various other things. I’m accustomed to hearing of the dreams and visions people get in prophetic visions, but even by standards of those visions the ones I am having are vague.

Without a single cloud in the sky, a peel of thunder echoed out…but I could have sworn I felt a hand grab the back of my neck, dragging long sharp claws down my back making me more focused on that sound. It didn’t sound like a normal thunder crack as a second went out, it sounded like a longer sound that ends in the thunder, but starts in this deep…deep earth crumbling growl. That…doesn’t sound good. I gripped the pendant around my neck as I whispered a few words under my breath. The usual heavy scent of my flat was sharply overshadowed with the acrid tang of ozone and rot, I nearly had to cover my nose as for some reason, my senses were flooded with a scent that could only be described as low tide: salty, salty rotting fish and seaweed that made my eyes water despite the fact there was no possible way I could be smelling that, but there was another scent in there; pine and something extremely just…dark smelling, smoky mixed with the scent of tar and brimstone, something…hellish in its intensity and horrible in its tone. An ice pick of white hot pain probed my brain making me grab the window sill and lean my head into my hand as a vision flashed by of a single length of chain suddenly snapping before the sound of someone laughing manically filled my ears as a pair of glowing green eyes filled my vision.

As I moved the curtains a touch to look out towards the sky, the cloudless sky nearly went entirely white for a split-second as a massive crack of lightning spiderwebbed out across the sky like the hands of some kind of monster out there was reached out to find something or grab something. Though as the lightning’s light faded, I could have sworn there was a very, very unnatural tone to the lightning…it was sea foam green and there was a chill to it that was colder than any rainstorm should possess, a cold that shouldn’t exist anywhere on Earth. It was a chill of the dead and a chill…of death itself that made me instantly worried before I found myself pulled away from the window by the siren call of my bed in my sleep deprived state and soon I found myself curling up under the blankets and being pulled back into the bottomless abyss that is sleep.

Welcome, everyone! To book two of the series, if you have not read my first story, The Wizard of Wall Street, I suggest you read that first as this is the sequel to that story. As for people whom have read TWOWS, what are your ideas for this story now? With just the prologue, what do you think is going to happen? 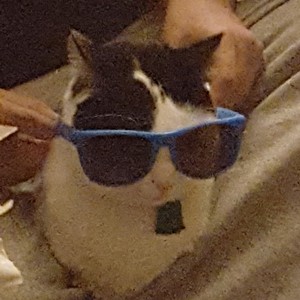 Lots and lots of questions....but I'll wait to see what youll surprise us with 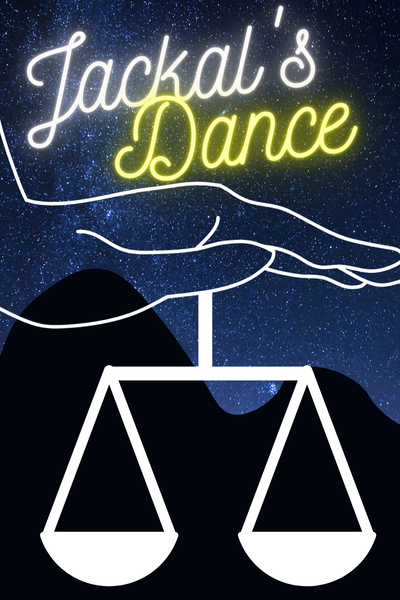 There was a man...he's running...Wait, he's...covered in broken chains, there's a muzzle around his face too. He...doesn't remember anything...for the past few centuries. Why can't he remember anything? Where was he being held? Who is he? What is he? What was holding him captive? Why? Where? Who broke him out? What broke him out? And...what...what out there wants to put him back? 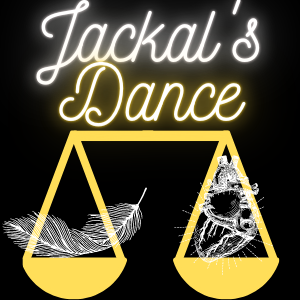