Jerry sighs as he opens the door to his janky, dull apartment. The handle to his unit clanking as its only being held up by its last two screws. He tosses his bag carelessly on the floor, navigating clothes and empty pizza boxes haphazardly strew throughout his tiny home. Falling face first on his bed, it creaks as he shuffles his phone out of his pocket.

“Bing!” The phone chirped. “You have three hundred twenty-seven notifications and one new notification,” an automatized voice sounds the cluttered space of his studio. Interested, he clicks.

“BREAKING NEWS: the very first McDonalds on mars is to be opened 3 days from now. Located in uptown...” Abruptly sitting up, he scrambles to his mess covered desk. Clearing it so he could pick up a picture frame. Same frame displays young Jerry at his first McDonalds back on Earth grinning ear to ear holding the telltale McRib. “I gotta go.” he mumbled lifelessly. “I have to experience the McRib once more.”

After a meager 3 days of anticipation, Jerry finds himself before the McDonalds on Mars paralyzed with excitement. Snapping out of his stupor, he his dazed by how barren the building appears to be.

No one seems to even be here.- A loud almost gurgle sound breaks his train of thought. Slightly intrigued, he cautiously approaches the McDonalds, his hand reaching out to push open the door, and then...

The McDonald is absolutely trashed. The self-service kiosk counter is what looks like torn out of the LED clad wall. French fries, burgers and the like litter the floor. The low humming of the soda dispenser catches our poor devastated Jerry’s attention. His head turns to inspect it and he is mortified by what he sees.

A monster. Long gangly limbs paired with a lithe body, skin as blue as the artificial berry soda. Their head is bent over the dispenser drinking gluttonously, soda trickling down their chin. Jerry unwillingly breathes in a sharp gasp. The monster jumps, bangs their head on the soda dispenser trying to determine what made that noise. Frightened, Jerry takes a step back, bumping into something that he didn’t think was there before. He whirls around, attention temporarily to being directly behind. They look equally as startled from Jerry, not seemingly seeing the monster right behind him, and question, “Who are you? What happened here?”

Jerry’s eyebrows furrow as he tries to search his confused and overworked brain for answers. “I-”

Their heads turn to the forgotten creature when suddenly it lunges at them. A guttural roar sounds the restaurant as Jerry gets a front row view of all their jagged yellow canines, glistening with saliva in the LED lighting. He yelps as Mystery Dude shoves Jerry towards the monster, as if trying to make it easier for the monster to devour them. Well just Jerry apparently as the dude bolts for the door hidden by the monster's body, but he trips on his untied shoelace, and yelps as his face breaks his fall to tiled floor. Dazed for just a minute, Jerry scrambles to find something, anything he can to defend himself from impending doom that seems more and more inevitable with each ground trembling step the creature takes. It looks likes Jerrys on the universes good side as his hand hits a cubular item. Feeling temporary relief, he snaps his head to it to unveil his makeshift weapon. He sees what he has been scavenging for this whole time... The McRib. In a box of course. Against his morals, Jerry chucks the McRib at the approaching monster. Their eyes snap to the now falling box, the cogs turning in its brain as it processes what just happened. As it clicks, the monster falls to the floor.

Unbeknownst to jerry, the stranger can be thanked for knocking out the creature. Overwhelmed with exhaustion, Jerry sighs. Limbs ridden with heavy and numbness, blood dripping down his nose distracting him from what happened to what really matters. Food.

“Y’know what sounds real good?” Jerry mutters to no one in particular.

“A McRib?” a familiar voice sounds the empty restaurant.

“Exactly. At least someone has some common decency, unlike a certain creature I totally knocked out. I mean- not to give them any slack ‘Cuz I probably would’ve done the same. Ravaging in the entirety of a McDonal- Wait-” recovering from his tangent, aware of the other person in the room, Jerry’s eyebrows furrow at the thought of being reduced to nourishment but the hands of the strangers adjacent to him with a bemused look on their face.

“Uh- I-” the stranger begins but jerry has other plans. “SERIOUSLY? YOU BASICALLY LEFT ME TO DIE AT THE HANDS OF SOME SUPER SCARY MONSTER! I WOULDN’T HAVE GOTTEN TO EAT MY MCRIB!”

Rolling their eyes, the stranger steps aside to unveil a plethora of fast food, But most importantly to jerry, The McRib's. Eyes going round as saucers jerry instantly forgives the mysterious stranger for all their wrongdoings, Jerry scrambles to shove all the grease dripping food into his mouth. Why he likes said pure grease remains an enigmatic enigma. (Supposed to be redundant)

“Ah, I feel like I'm entering the first stages of a food coma.”

The stranger hums in agreement. Their cheeks protruding out full of French fries.

Jerry grunts as his brain struggles to send the correct signals to his legs, overworked with too many McRib's. Finally, after getting the hang of his limbs once more, he wobbles to the door. “Are you sure you’ll be able to walk home?” the stranger asks

They shrug, “Yeah, I can drive you if you want.”

Yawning, Jerry nods his head consent and follows the stranger to his car. Getting in and buckling up he presses his face on the cold glass, his now even breath fogging it only slightly and he closes his eyes. Only for a second- he says to himself and begins to nod off.

Awaking- a little disorientated- to the hum of the engine diminishing into mars frigid silence. “We’re here,” the stranger informs softly.

“Thanks,” jerry replies. Voice still hindered with sleep as he thoughtlessly gets out of the car and walks up the stairs to his apartment building right up to the door to his unit, and flops on the bed. “I wonder how they knew where I lived?” he mumbles half unconscious as his question remains floating in the air unanswered as he peacefully drifts off to sleep. 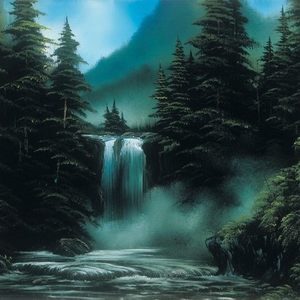 hello again ^^ i really liked this short story that i wrote so i decided to post it here. 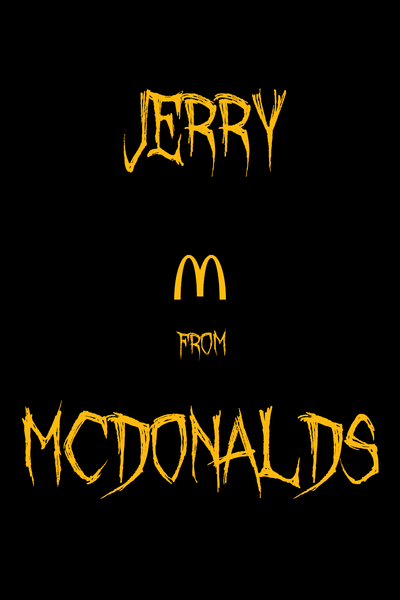 Adventure of Jerry from McDonalds.

(school assignment about the stages of a hero's journey)
Subscribe 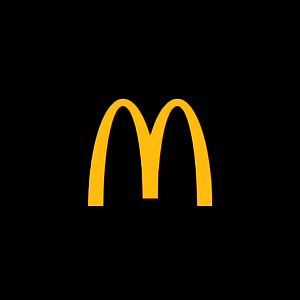