One of America’s fondest legends is that of Johnny Appleseed, a folk hero and pioneer apple farmer in the 1800’s. There really was a Johnny Appleseed and his real name was John Chapman. He was born in Leominster, Massachusetts in 1774. His dream was to produce so many apples that no one would ever go hungry. Although legend paints a picture of Johnny as a dreamy wanderer, planting apple seeds throughout the countryside, research reveal him to be a careful, organized businessman, who over a period of nearly fifty years, bought and sold tracts of land and developed thousands of productive apple trees.

His adventures began in 1792, when John was eighteen years old. He and his eleven-year-old half brother, Nathaniel, headed west, following the steady stream of immigrants. In his early twenties, John began traveling alone, which is how he spent the rest of his life. Nathaniel stayed behind to farm with their father, who had also immigrated west. John continued moving west to Pennsylvania. From there he traveled into the Ohio Valley country and later, Indiana. He kept ahead of the settlements and each year planted apple seeds farther west.

He always carried a leather bag filled with apple seeds he collected for free from cider mills. Legend says he was constantly planting them in open places in the forests, along the roadways and by the streams. However, research suggests he created numerous nurseries by carefully selecting the perfect planting spot, fencing it in with fallen trees and logs, bushes and vines, sowing the seeds and returning at regular intervals to repair the fence, tend the ground and sell the trees. He soon was known as the “apple seed man” and later he became known only as “Johnny Appleseed.”

Over the years, his frequent visits to the settlements were looked forward to and no cabin door was ever closed to him. To the men and women he was a news carrier; to the children he was a friend. He was also very religious and preached to people along the way. His favorite book was his Bible.

He made friends with many Native American tribes and was known to have learned many Native American languages well enough to converse. He lived on food provided by nature and he never killed animals. Though appearing poor, he was not a poor man. He accumulated more cash than he needed by selling his apple trees and tracts of land. He never used banks and relied instead on an elaborate system of burying his money. He preferred to barter and trade food or clothing rather than collect money for his trees. It was more important a settler plant a tree than pay him for it.

Johnny Appleseed is described as a man of medium height, blue eyes, light-brown hair, slender, wiry and alert. Folklore has also described him as “funny looking” because of the way he dressed. It is said he traded apple trees for settler’s cast-off clothing. He was known to give the better clothing to people he felt needed it more than he. This could be why legend says he wore only coffee sacks with holes cut out for his arms as clothing. He rarely wore shoes, even during the cold of winter. It is said he could walk over the ice and snow barefooted and that the skin was so thick on his feet that even a rattlesnake couldn’t bite through it. Another legend says he wore a mush pot on his head as a hat. This is unlikely since pots of the time were made of heavy copper or iron, but it is more likely he wore someone else’s castoff hat or made his own out of cardboard. He rarely sought shelter in a house, since he preferred to sleep on bare ground in the open forest with his feet to a small fire.

In 1842, Johnny made his last trip back to Ohio after spending 50 years walking throughout the countryside. While there, he moved into the home of Nathaniel, the half brother with whom he began his remarkable journey. On March 18, 1845, he died of pneumonia at the age of seventy-one. He was visiting his friend, William Worth, in Indiana. Legend says it was the only time he was sick in his whole life. There are various theories as to his final resting place.   Although there is a memorial stone in Ft. Wayne, Indiana, the exact location of John Chapman’s grave site is unconfirmed. 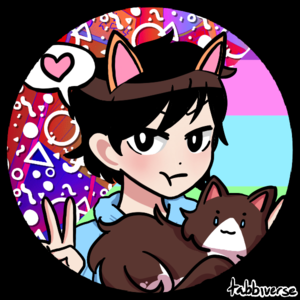 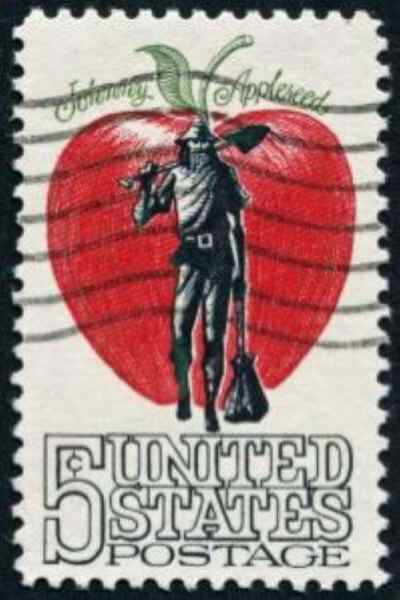 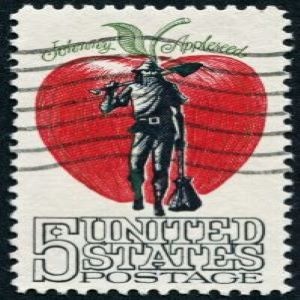