Journey for the Rainbow Wing!

Finn is sleeping on top of a thin-bedded mattress in quarter barracks.

He slumbers quietly underneath the thin bedcovering, with only a plaid grey shirt covering his torso and a single pair of blue undergarments concealing his nether regions beneath the humid bedsheets.

"It's hot- I can't breathe!?"  He muttered in discomfort, shedding some of the bedcoverings from his abdomen to lessen the heat. He turnover on his right side towards the bed's side rail, nearly falling off the mattress edge onto the asphalt floor.

"Don't remember my bed being this sweltering!" He reacted half-heartedly with his eyes sealed shut as his ideas running rampant throughout the depths of his subconscious.

In his mind, the pitch-black spectacle was filled with heartfelt concerns and fatigued as he felt that something was amiss about his surroundings.

"Even with this thin blanket over me, the ventilation system in the complex should've turned on instantly," The stowaway complain as the heat from the blanket continues to consume my vitality.

"Did the Daylight from the outside world overload my thermostat assigned temperature?"  Finn meditated even if he didn't want to get out of bed to check whether the thermostat worked efficiently.

Soon, Finn's worries turn into despair as the room temperature suddenly becomes unacceptable for him to stay enclosed in the sweltering cloth-like covers any further.

Finn's arose from the bedsheets, with his eyes remaining closed. He gives off an unsettling yawn and awkwardly begins to scratch his shoulder joint carelessly while in a sleep-induced stupor.

The comforter topples downward from his abdomen to his navel. He starts shifting his forearm sluggishly around the mattress as do he was rummaging for something important.

"Where is my phone-I know I had it with me when I went to bed last night! " Trying to feel around for his mobile device that he recalls having with him during his leisurely time as he uses hands and fingers to hunt for his lost cellular device through the layers of bedding.

"Don't tell me, fell on the ground again!?" He fusses, fearing that his smart-device may have fallen out of bed while he slept, and ends up somewhere Winston wouldn't be able to retrieve it.

"I should've plugged it into the charging cable when I when got done watching Netflix videos! I know that the battery cell is drained by now- it's was only at twenty-five percent." Finn admitted indulging in his nightly entertainment shenanigans.

Finn's sightlessly examines the uneven cushion and knows unusual residue coming off the mattress. He ambivalently picks up the comforter, places it below his nostril. He then smells the material inadvertently and subconsciously pulls away from the fabric with an utter look of disgust.

"Jesus Christ- What the fuck is that wretched smell! He yells, gagging on his windpipe, as an uncontrollable musk constricts his vocal cords, forcing the young fellow to cough horrendously.

Finn immediately opens his eyes and notices he was in an unfamiliar room with no windows except for lighting fixtures embedded into the ceiling above. None of his belongings were present in the confined solitude of his cubicle as he regains his composure from the aftershock.

His eyes were fixated on the emptiness of his new environment, notice the misshapen bed he was sleeping on.

"Wait- What the hell is this place!" Winston responds by frantically lifting both his hands off the mattress's cushion and suspending both ligaments in mid-flight.

Upon doing so, he notices not only were his hands different, but his entire body was replaced.  "What the fuck- these are not my hands!" Winston stares seamlessly into his unfamiliar palms of his body double

"How did fuck? Did this even happened!" Finn cusses arrogantly at his avatar as he tries to manipulate its appendages ." Finn notices that his body was a lot young and more flexible than his middle-aged adult body.

"Okay, this definitely not a fabrication. Some strange apparition has abducted my body, or I might have departed during my prior life now taken residence in this sentient body through the process of reincarnation you would reference in a light novel."

Suddenly Finn notices an unusual feather lying on a table dresser catching his sight vision as the white in Angelic feather catches Finn's undivided attention. "Wait, where have I've seen that feather- wasn't there a minute ago. Finn felt compelled to take the mysterious feather with him. However, an uneasy feeling comes over Finn warning him not to confiscate the strange plume from the tabletop of the single dresser within his room. Finn tries to distract his obsession with the strange trinket by examining what he already knows.

"Okay, let's try to remember who I am.' My name is Finn Kingston  - I've just turned forty-four years old on September 4th this year. I worked a full-time job as a waiter at a local Sports bar in colorado. I have an associate degree in motor vehicles.

The only thing Finn could recollect about his previous life was getting home late from working an overnight shift at a local Sports bar; after serving a few customers with a short number of staff members, including himself.

However, his thoughts begin to falter as memories of the vessel he now occupies begin to fragment and twisted his persona. Winston tries to resist both individuals' convergence but was unfortunately interrupted by a  nightmarish vision about the proprietor's personal life.

"Ouch! My fuckin' head! Winston wails as the pain his subconscious overrun with haunting narratives warning him not to reminisce on his past.

Winston begins to thrash around in his bed as the pain becomes unbearable for his body to handle the mental disorders. He takes control over his mind as he tumbles out of the mattress and onto the warm pavement floor as bedcovering pursing after him by getting ensnared his waist.

This has to be a dream or some sick joke, he confesses.

I should look around his room to see if I can find something useful, Winston said as he got off the floor looks around for anything that can help him figure out who he is and where he is located. Winston's bunker was no bigger than the prison cells he sees in action movies.

"There seems to be only a small bed mattress and square dresser cabinet, he notices. first within the bunker." Winston opens the dresser, notices a red vest with insignia on the back and long black slacks, and a futuristic headset.

Well, what put together, from what I've found, I might be in a military base or infidel carmine ring. "Duck just what I need- so my body double is good-for-nothin-henchman.

Winston notices a strange cat with lavender fur and red gemstone embedded in its forehead. It stares at him with nefarious glances as do it was anticipating any moment he made. "No way, you can't be real- you're just a videogame character. Winston thought as staring directly at the feline in the passageway.

"You're Espeon, one of those pokemon creatures from that Japanese videogame I use to play. I remember friends and me playing the videogame on the school bus. You're the purple cat that evolved from the pudgy foxes pokemon Eevee. 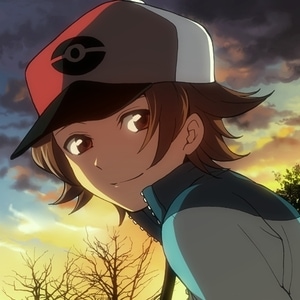 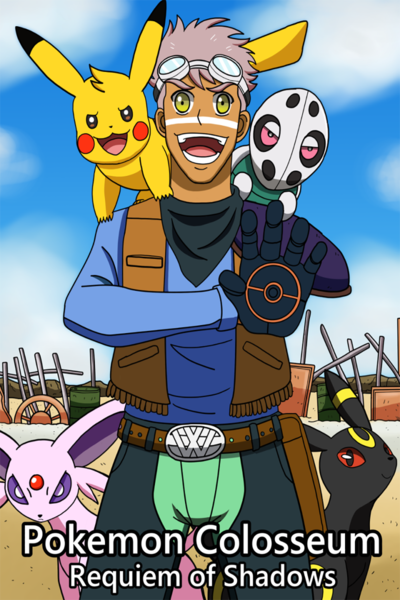 Journey for the Rainbow Wing!

Finn, a middle-aged male, is kidnaped by a magical Lightning storm & sent to apocalyptic Pokemon World, where he then joins the villainous gang Team Snagem!

A few years later, he betrays his associates' trust, steals his team's ultimate snagem machine, & destroys their secret base to make his escape into the wasteland with his companion pokemon!

Now, Fin's on a journey across Orre Region to find the Legendary Rainbow wing, to make a wish on the Sacred feather to return to the mortal world!
Subscribe 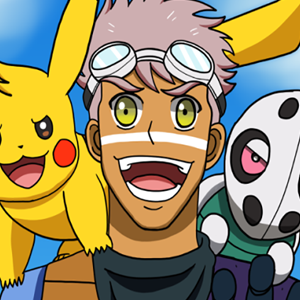