Roses were blooming plentifully that June month—they crowded Morvid rooftop gardens, they climbed across the brick walls in Princeton, they overflowed in the lawns of Seferal, they even flowered in Sherry parking lots. And in Jest, they were blooming from Rosani's head. The difference between her and the other city sections was that it was normal for roses to bloom during the summer months; but for Rosani, it was not even remotely normal for a girl to grow them from the crown of her head.

She had the big scarlet-red blooms growing on her scalp ever since she was born, as the doctor that had birthed her said. His name was Quentin, and he was a close family friend of the Avalons, who knew Feliza since they were teenagers.

And although she had been born with it, the roses always had to be hidden and cut off by the shears Rosani's mother, Feliza, had specifically bought in order to lop her daughter's flowers off.

This was advised by Quentin. He devised the process to keep Rosani safe and normal-looking to other people. It would work if her roses were cut off every few months to prevent large blooms during the hotter months. This was done because nobody knew about the roses but Rosani, Feliza, and Quentin. As a warning, Quentin had told Feliza that if anyone were to know about Rosani's peculiar condition, they would certainly try to learn more. This would lead to several unappealing scenarios, all of which he enthusiastically portrayed in several of their dinners together. Feliza reluctantly agreed, and ever since the roses started blooming in large quantities, Rosani had them removed.

This was how it had to be because people wouldn't keep their heads in their own business if they found out about Rosani. All kinds of people around the world would want to steal her, to examine her, to find out why she bloomed, and this wouldn't mean anything good.

And so, every morning that a new rose bud bloomed, Feliza would cut it off, preventing it from growing into a full rose. Most of the time, the buds would stay closed and hidden in Rosani's curls, prevented from growing by a constant pruning. In fact, the only times that the buds would burst into bloom regularly was during the summer months. And because of that, Rosani underwent a great deal of pruning during April, May, June, July, and August. But for all this routine and regularity, on a day that Rosani had expected to be rose-free, a flower bloomed.

When a familiar heat started creeping over her face, Rosani knew she had to get up. And when she slid off the bed, the curtains were thrown open as usual—Feliza insisted that she wake up to the strong, morning sun. But morning sun wasn't good if it burnt your face every sunny day.

Pressing her face into her cool hands, Rosani peered through her fingers at the stiff white paper taped to her door. In her mother's delicate handwriting, it read as follows:

Sunday, June 8: No roses (YAYY BABY YOU MADE IT PAST ONE WEEK)

That's surprisingly a small amount. Rosani mused. She expected two days in the week when her roses would probably bloom. Although her mother kept close track of every bud on her head; the roses still occasionally bloomed on unscheduled days.

Of course, there were times in her childhood when the flowers were still too little to do much harm, and so Feliza left them uncut. Those were the times when Rosani was still an energetic girl; bursting with life and promise. That was when she was a mere one-year old. Buoyant, cheerful, and easily tickled, Rosani even looked different back then.

This was because she didn't have to worry about cutting the blooms off, the energy in her stayed bottled up – just as it should've. In theory, Quentin had supposed that the flowers on Rosani's head were probably connected to her life source, or her energy resources. When they were in bloom, they fed her and enabled her to be more animated than usual. This stage was peaceful from her infancy up to her third birthday. These small blooms were about as big as a fingernail, and could easily snap off, without pain or hardship. It was expected, as Quentin predicted.

However, nearing Rosani's fourth birthday, Feliza noted that the flowers began to grow in larger sizes than before. She immediately informed Quentin, who in turn, had firmly advised Feliza to start cutting. This was when Rosani's transformation happened. As the days of her childhood went by, the toll of the lost flowers took a strong effect on her physical characteristics. Instead of the warm, brown skin that used to wrap around her body, she started to get pale and pallid. Her eyes grew more and more tired, and often, she would receive headaches just for standing too long. Previously a very robust girl, she dwindled in size and became startlingly skinny compared to her childhood self. She had, since age four, started cutting the roses from her head up till this moment, at sixteen. For thirteen years, she endured the pain of removing parts of her body, and it was never easy. In fact it was, in short, very miserable for Rosani.

With some difficulty she pushed her dark hair from her face to examine her head. And oddly, there they were. Three fat roses, silkily aplomb in their scarlet glory. Rosani sighed and muttered,

"I should've known, you can never count on a schedule to properly tell you whether roses are going to grow from your head or not," She felt around the large flowers for the thorns that tangled in between her hair and began to snap them off irritably. "Get off, you useless little lumps!"

But the thorns stayed put despite her pulling, and so Rosani grumbled off to the kitchen to fetch the small steel knife that was specifically used to carve off the thorns on her head. The knife did its job well, destroying six large milky brown thorns, that bled as Rosani held them. The pain was welling up in her eyes as tears, as she bit her lip from the sting.

Then she showered, draining the excess foliage onto the shower drain, rose petals flurrying about the tile. Rosani examined her roses again after getting dressed. The roses had to go, definitely. They were oddly large today, and very healthy which was otherwise when it came to Rosani's overall bodily health.

So she searched the kitchen for the shears to cut off the roses. Usually, her mother would cut them off, to prevent as much pain as possible, but Rosani wanted to try doing it herself, seeing as she'd do it herself in the future, anyway.

But the shears were nowhere to be found, and she couldn't locate them in any of the usual storage places. Not in their grimy kitchen drawer, along with all the rubber bands, broken pencils, sticky notes, random screwdrivers, and candles that they never used for birthdays.

Looking at the kitchen phone line, Rosani debated whether she should call her mother and ask her where the shears were, but if she did that, Feliza would find out that her daughter was cutting her own roses and almost definitely rush home from work to prevent her.

Feliza was a yoga trainer, and at first, she held classes every week, each weekend morning. This routine fit well with all the pregnant mothers of Cerise Ave. in Downtown Sherry. But a few months after her routine had normalized, Feliza realized that more mothers came during the weekdays, and so she shifted her working hours to the weekdays. This enabled her to get a proper weekend off, and brought in more money.

Rosani opted not to call her mother and was about to use kitchen scissors when a large thud and a few pained grunts sounded outside the front door. She flipped the scissors backwards in her hand and rushed to open the door. However the landing was empty when she opened it. Nobody peered back at her except the other tenants on the third floor, who had also opened their doors and were staring expectantly at Rosani.

"Oh! It wasn't me, it was probably um—" She stepped out, and looked down the staircase that led to the second floor. Two men in gray working suits were busy pushing a fat table into a rather slim doorway. Or rather, they were trying to, because the squat table wasn't complying. "It's those guys, see?"

Rosani pointed her neighbors eyes down the staircase, where they gazed at the men with curiosity. Sighing in relief at having successfully averted her neighbor's curious glances, Rosani examined what the workers were doing, along with all the other third floor tenants.

All four floors of the building knew that Mr. Condone, the main resident on the second floor had moved out, (to find better prospects in Uptown Seferal) but they hadn't expected someone to move in so quickly—as Mr. Condone had just finished moving his things in May. But it seemed there was a new family to move into Rosani's apartment building.

And she was eager to find out who. Similarly, her neighbors also wanted to find out, and were now stepping down the staircase uttering useless words of advice to the movers on how to push the table in. Rosani leaned on the staircase banister and laughed quietly at the chaos below, until a very shapely man—no, a woman walked up the first floor's staircase and clicked her tongue. Everyone looked down at her, and she shot a querying look back at them. The woman made her way up the staircase onto the second floor, and Rosani tracked every footstep with her eyes. Was she the new tenant? 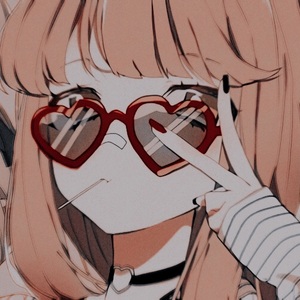 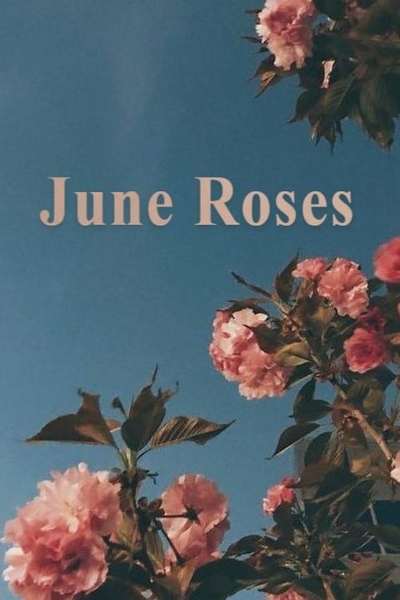 Rosani Avalon, a young girl living in Jest, Sun City, has a problem. It hasn't just appeared, either. This problem, or, condition has plagued her from childhood up. The thing is, Rosani grows flowers - from her head. But it doesn't just look extremely pretty, it's also extremely painful. So she's hidden it all her life. But what will happen when new tenants move into her apartment building? Unknown people just keep arriving in her life, and things take a much different turn that what Rosani expected.
Subscribe 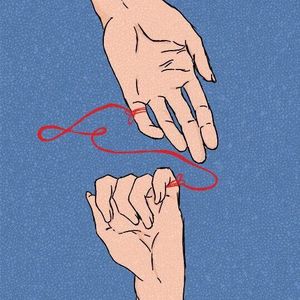