The cold November air cut into the man’s skin as made his way down the street. It was a quiet night, a car passed him maybe every 10 minutes. His steps echoed down the street, each step creating a footprint of black smoke that melted in the concrete beneath his feet. His dark cloak billowed around him in the wind as he held the small bundle of blankets tighter to his chest to keep it warm. He never liked the cold weather, the frost that clung to the grass in the early morning and his breath puffing out in wispy tendrils of smoke.

He rounded the corner and came face to face with a young couple coming back from what he assumes to be a late night party. They weren’t walking in a straight line meaning they were most likely drunk and they were laughing to their heart’s content. They walked right by him, completely unaware of the hooded figure that stood before them resembling a Grim Reaper more than anything else. It didn’t faze the man though since he knew they wouldn’t be able to see him unless he wanted them too. He continued down the street.

It grew darker as the lamps started to lessen one by one until he got to the last lamp on the street, far out and removed from its identical brothers. It stood before an average sized house no more than two stories high. Its front windows were lined with flowers and vines that weave in and out of the planter boxes. The front garden was neatly kept and was filled with so much vegetation it was a wonder how it was all contained in such a small space. The man looked up and saw that the light in the upstairs bedroom was on. Someone was reading or getting ready for bed. If he knew anything about the person that lived in this house then he knew that they wouldn’t be asleep for another few hours and it was already two in the morning.

He shook his head as he made his way up the small cement stairs. He knelt down and places the bundle of blankets on the front porch. He looked down at the small child that slept soundly within those blankets, completely unaware of where she is or what has happened. He brushed the stray strands of hair off her forehead. She was going to grow up to be a beautiful woman just like her mother, he could feel it. Pulling off his hood he took up a gold chain that was looped around his neck. It was the only thing left he had to remember her by but as of now he was not the one that needed it the most.

He tucked the chain into the blanket and let the little girl hold the locked that was attached to it. His task was done, he had fulfilled his promise. He stood up and put the hood back over his head just as the downstairs light turned on. The door opened revealing a man in his early thirties with hair that was only just starting to gray. He did not spare a glance at the hooded man as he leaned down to pick up the child.

“Does this mean she is gone?” he asked, finally looking up at the man. His eyes were unseeing ended but that did not mean he couldn’t tell who was in front of him.

The hooded man did not give him an answer, however.

“Take care of her.” Was all he said before he was gone in a wisp of smoke. The blind man walked back inside the house and closed the door to the cold, unforgiving night.

“Alright my little Starfell, let's get you to bed.” The man walked upstairs and put the baby girl in the crib he had set up especially for this occasion.

He had agreed to take on an incredible task of raising this child and he was going to make sure he did a damn good job at it. 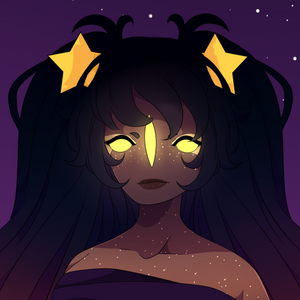 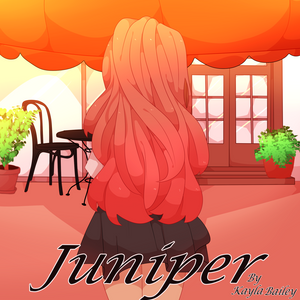 Juniper or Jun (pronounced like June but he hates the spelling) is a 23-year-old guy who runs a cafe down in the city. He lives in a contemporary world where Monsters can coexist with Humans because they wear glamours to hide their true faces. Jun’s Cafe is one of the few business that serves both monster and human with no problem. Quinn is a human girl who has a taste of the monster and supernatural world thanks to her unwanted ability to see ghosts. She takes up a summer job at Jun’s cafe as a way to earn some money and she got a lot more than she bargained for. With coffee drinking vampires and vegetarian werewolves, Quinn’s life will never be the same again.
Subscribe 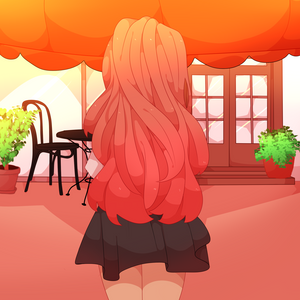