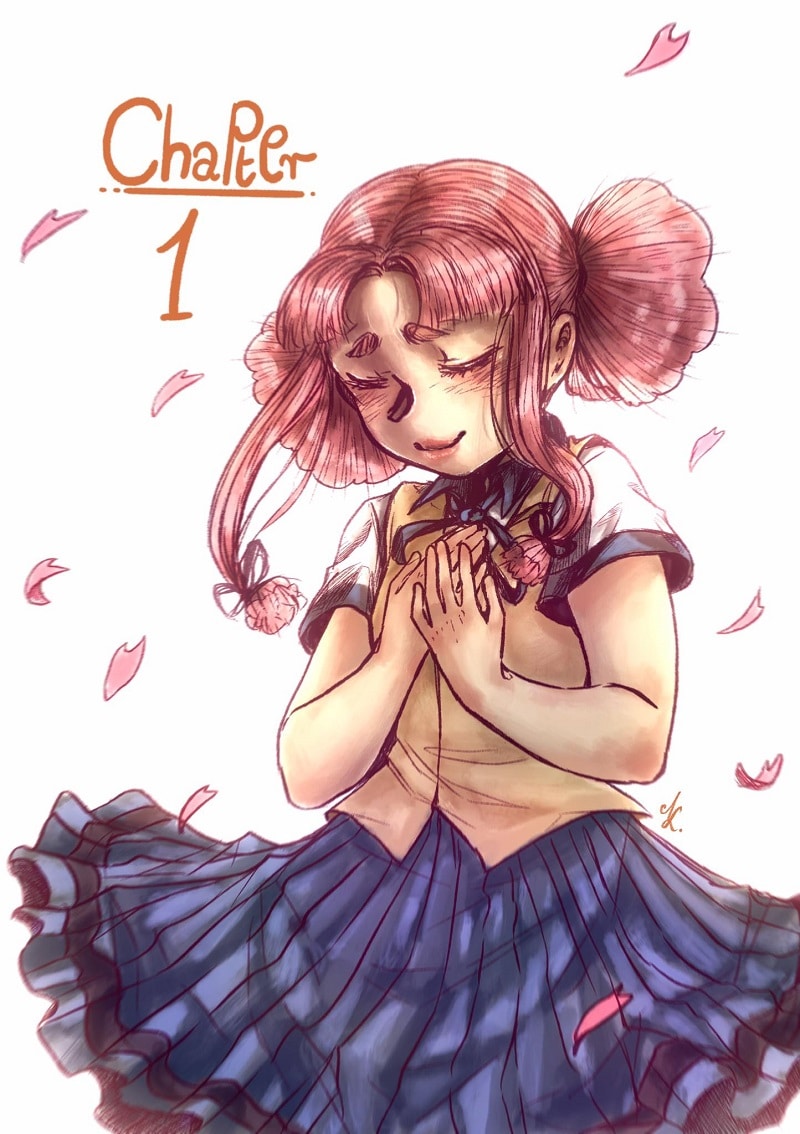 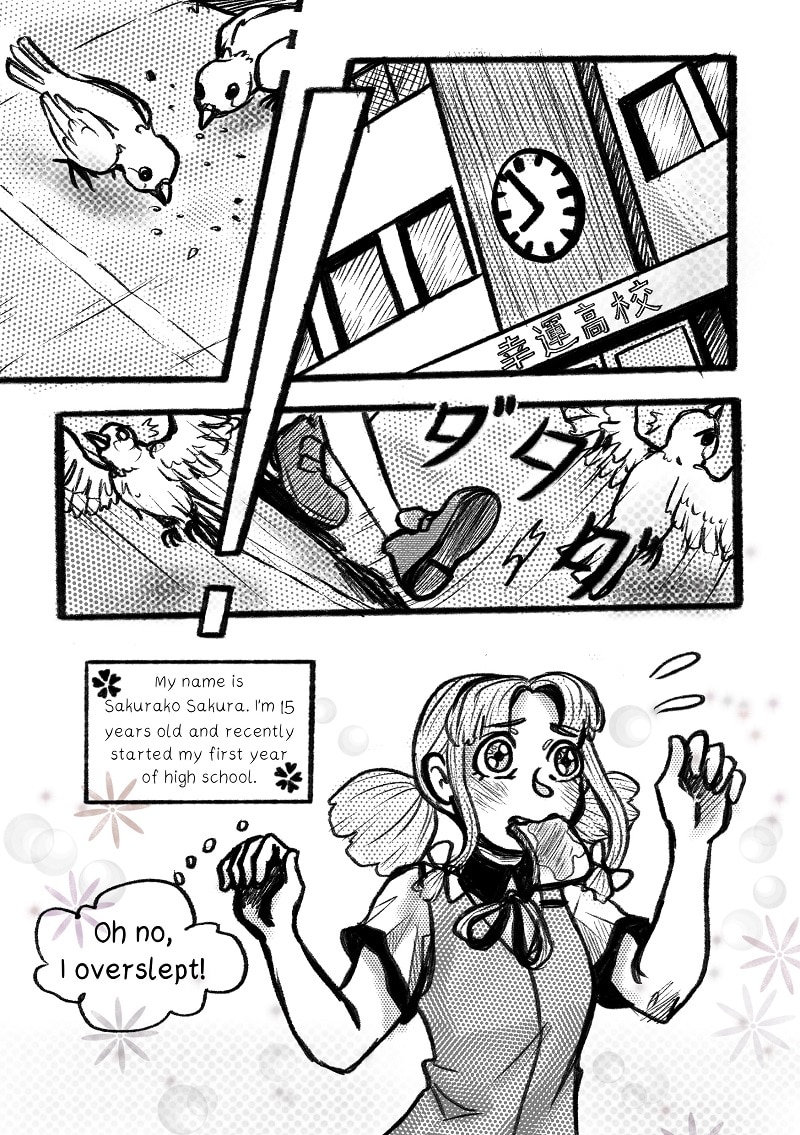 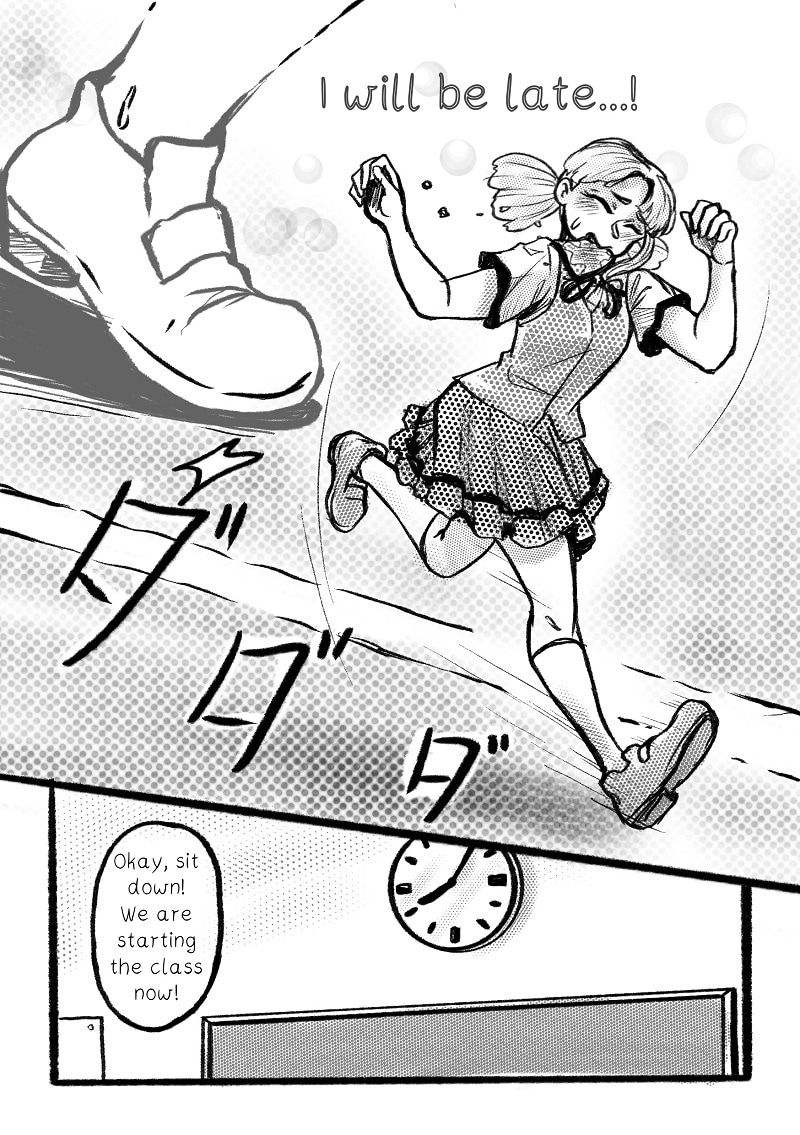 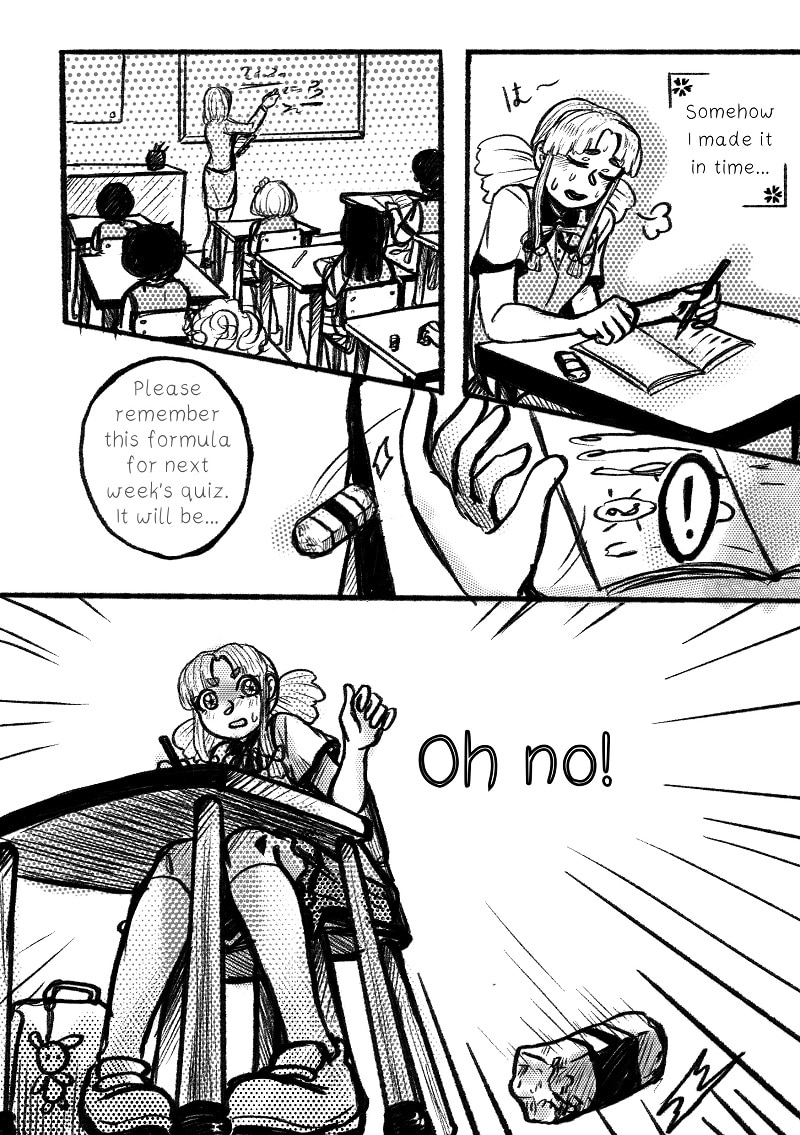 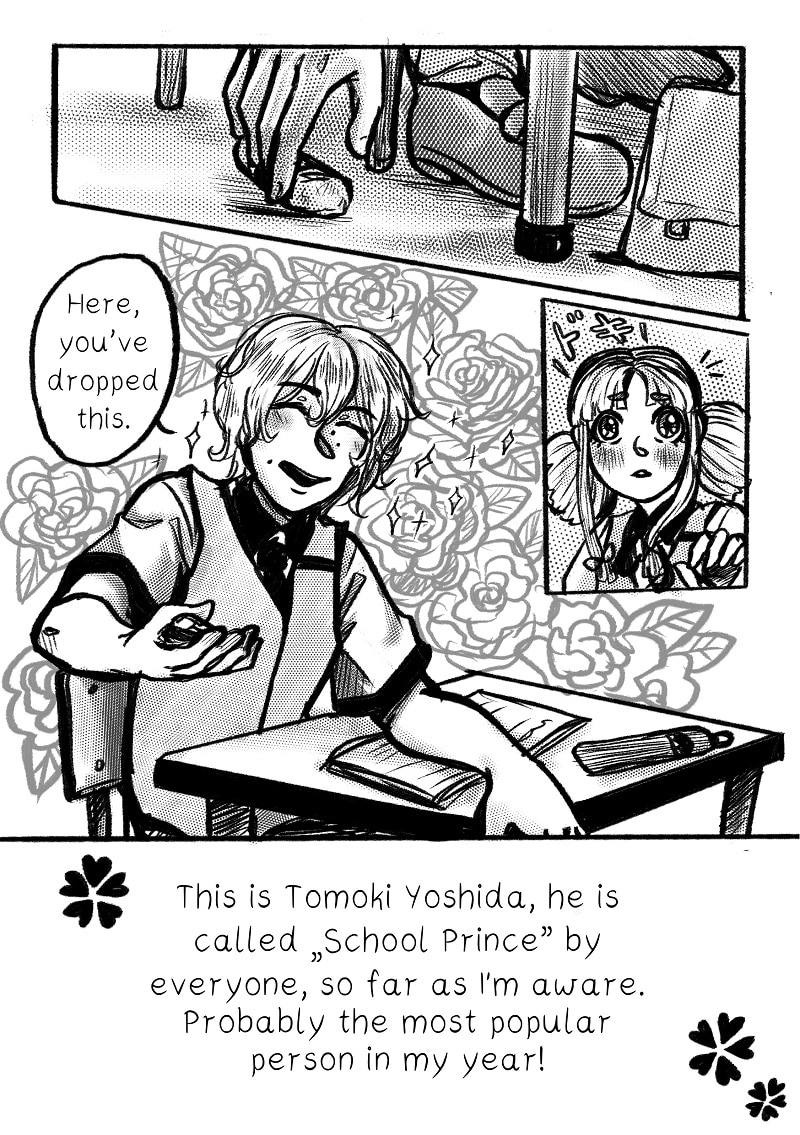 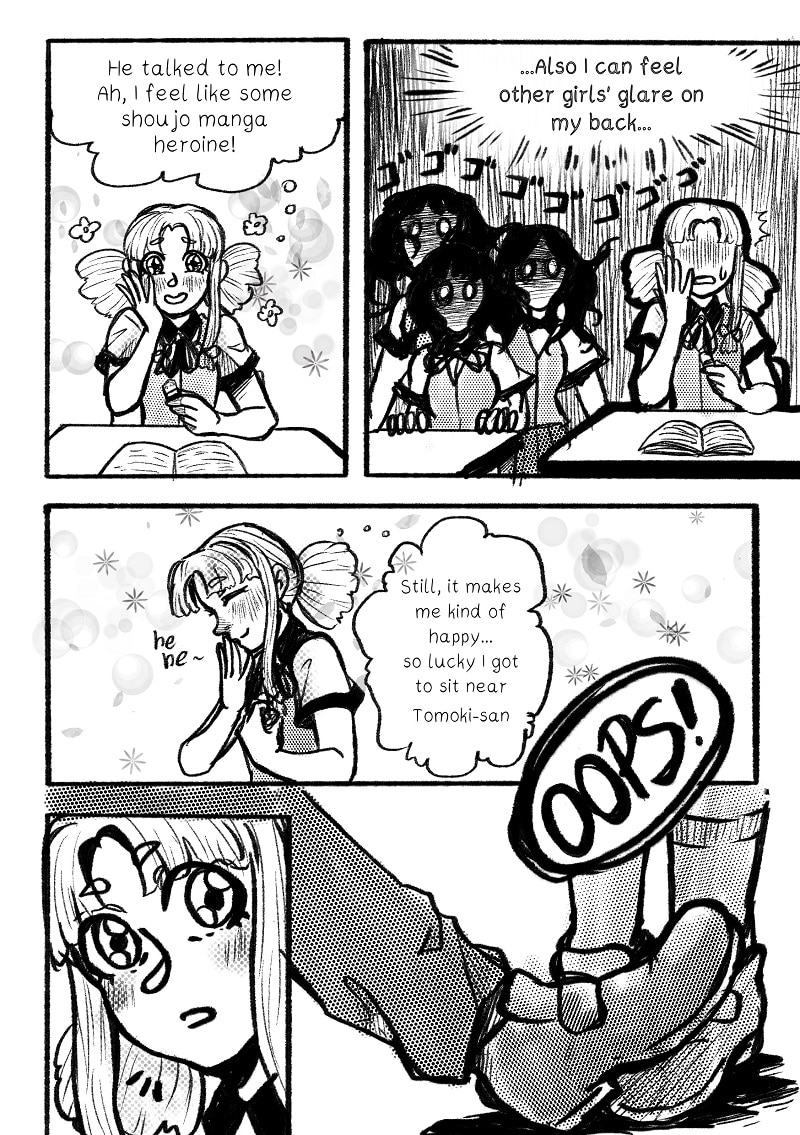 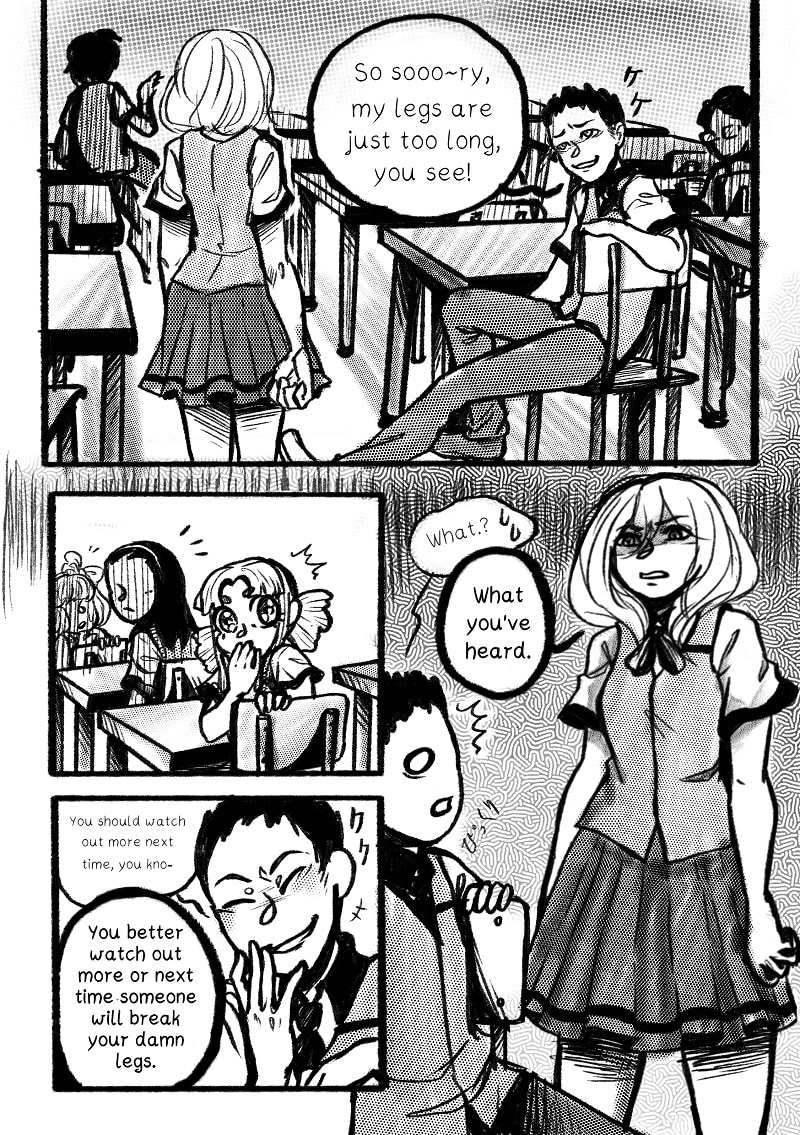 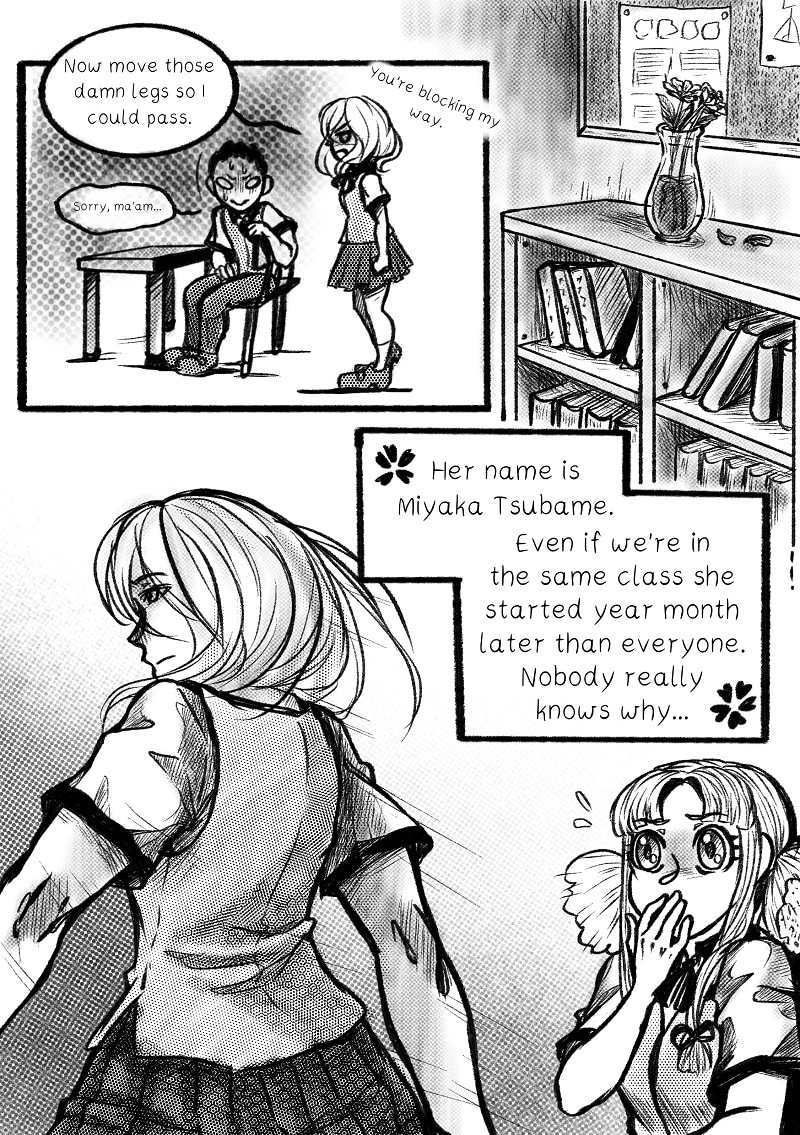 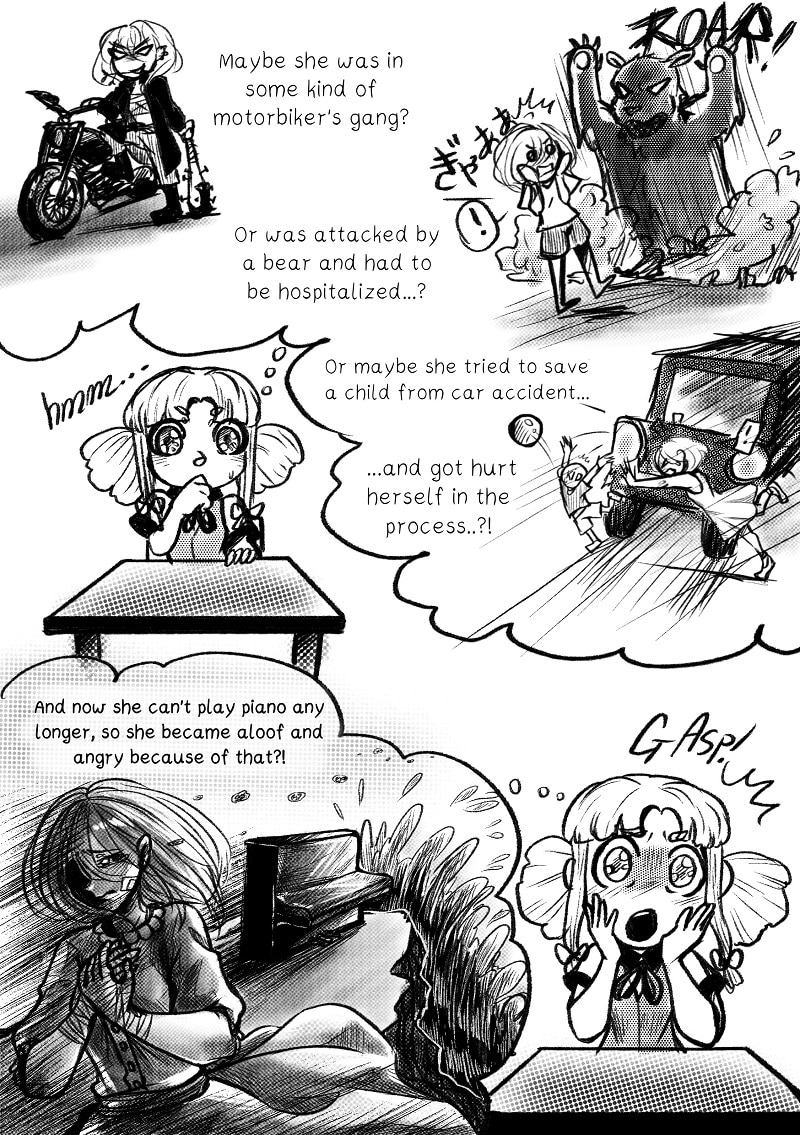 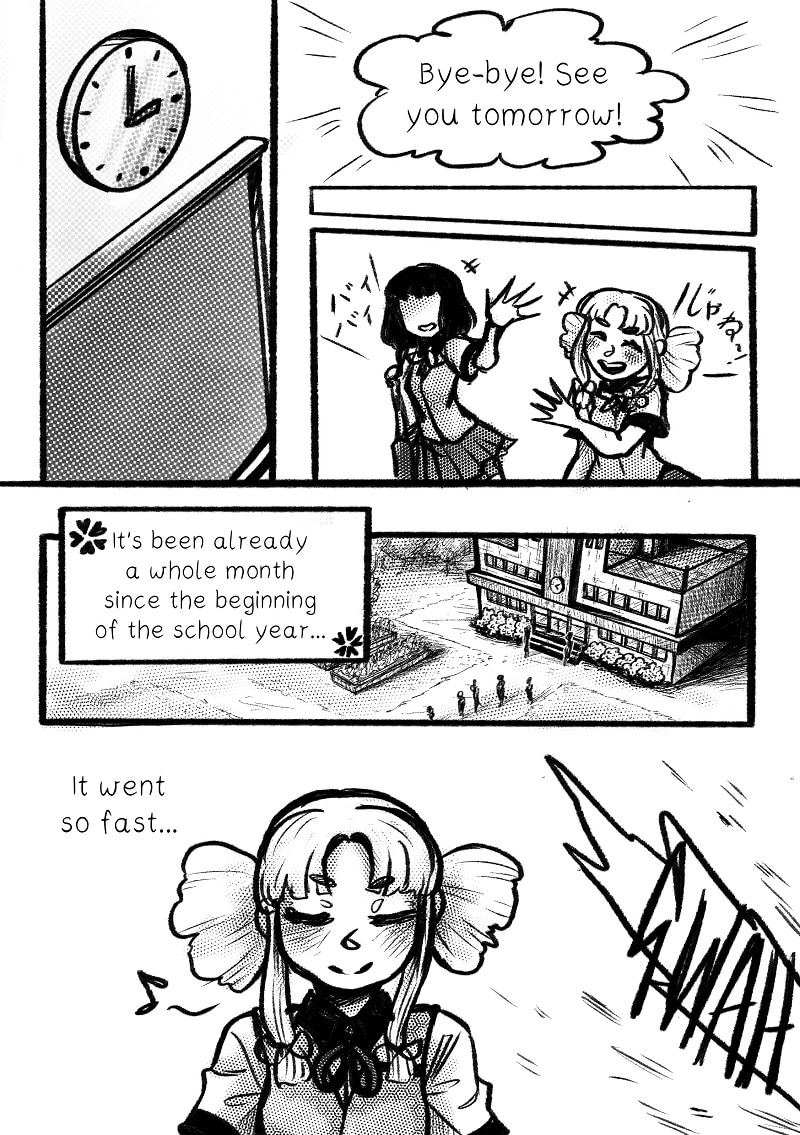 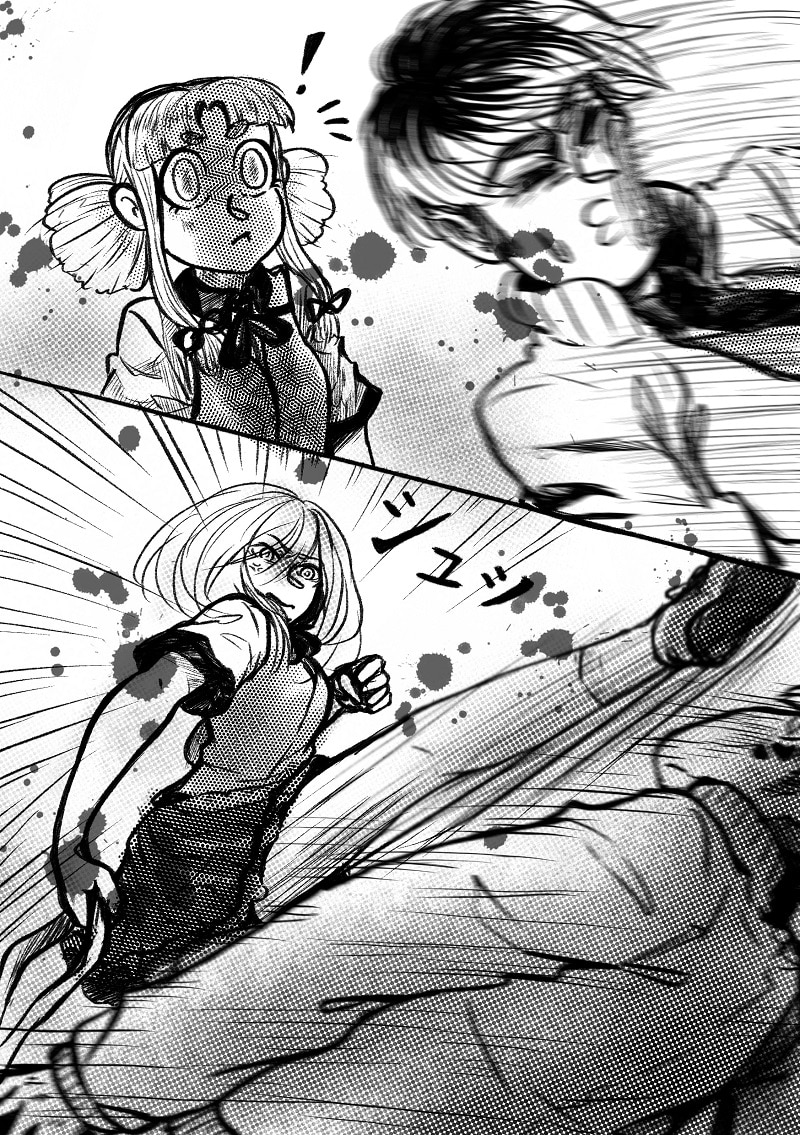 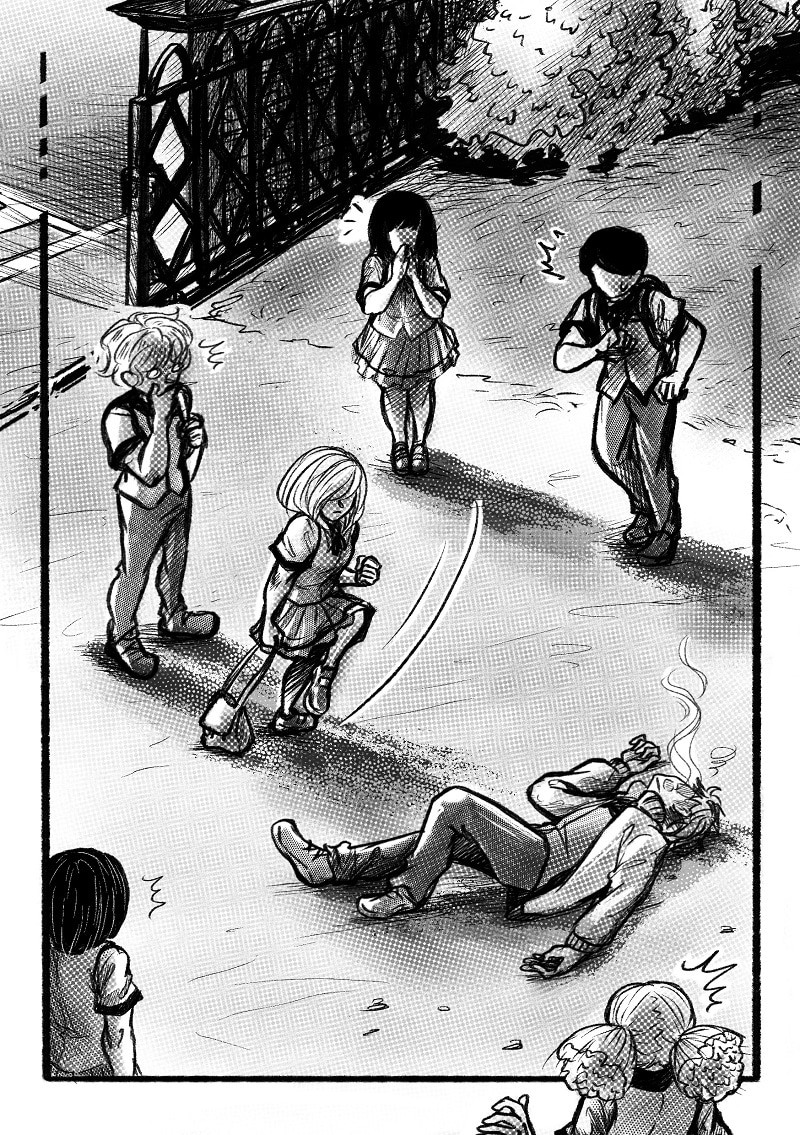 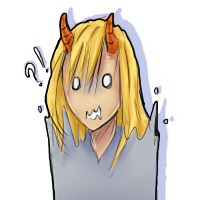 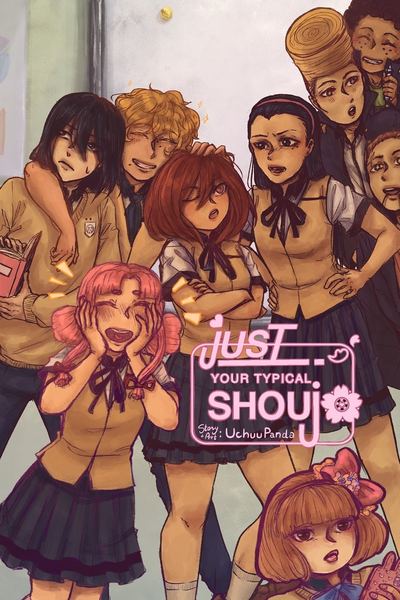 New school year and new school, an important stage in life of every teenager.
Sakura's flowers have already faded; it's been a month since the begining of school year and Miyaka starts her highschool adventure a bit later than the rest. Despite her class having already integrated among themselves she managed to befriend her classmate, the "School Prince". 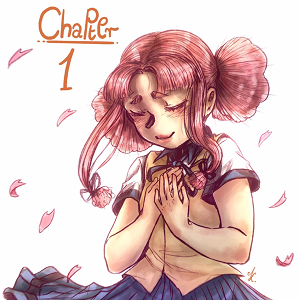