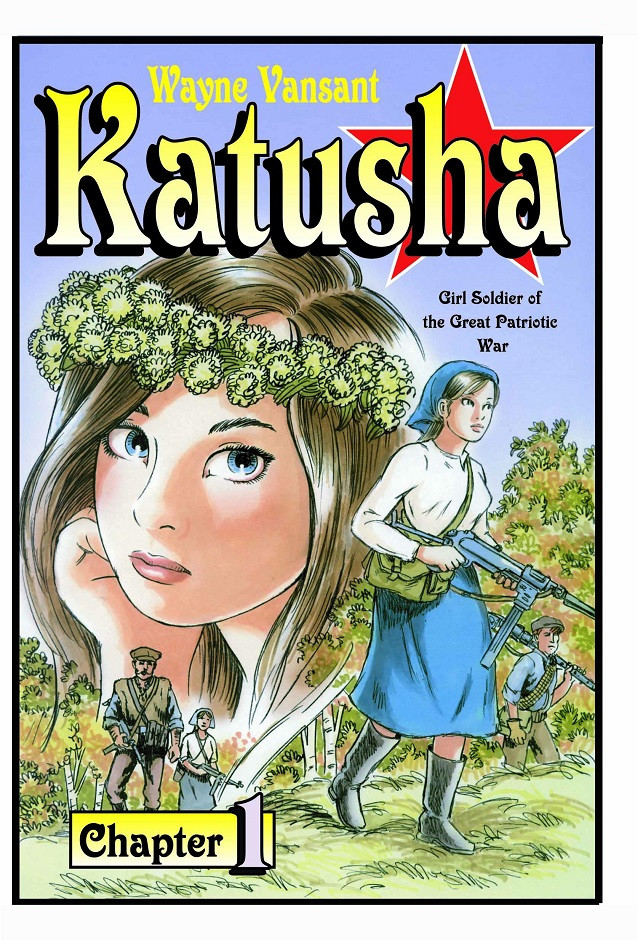 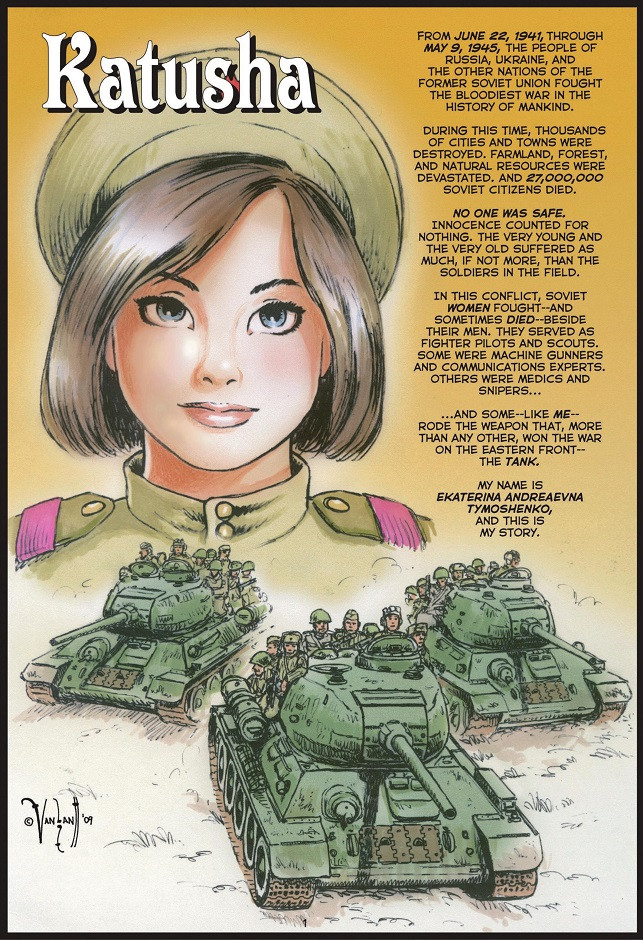 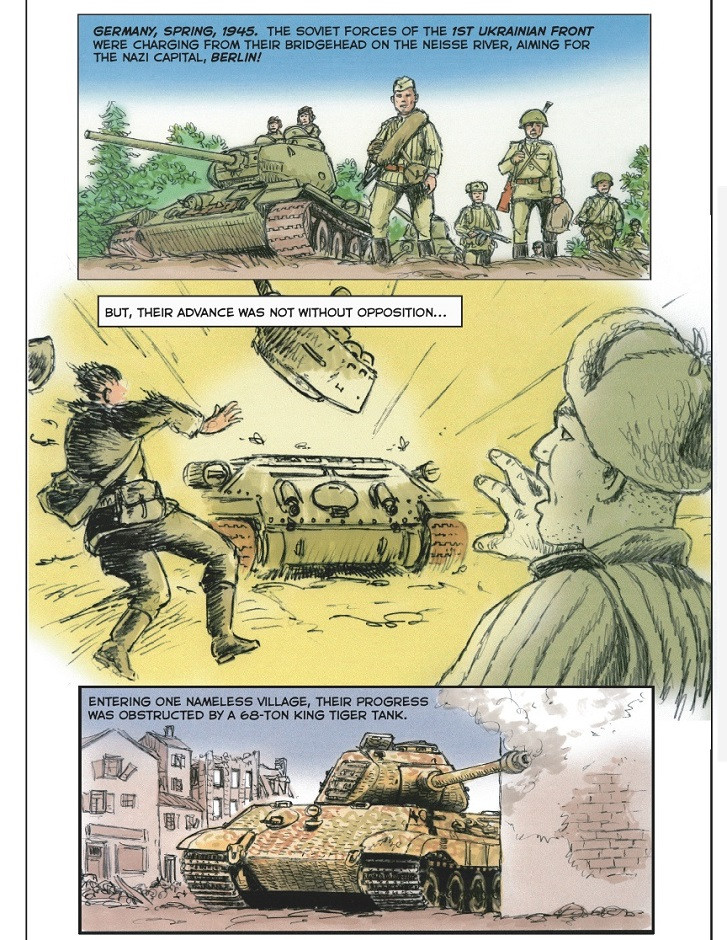 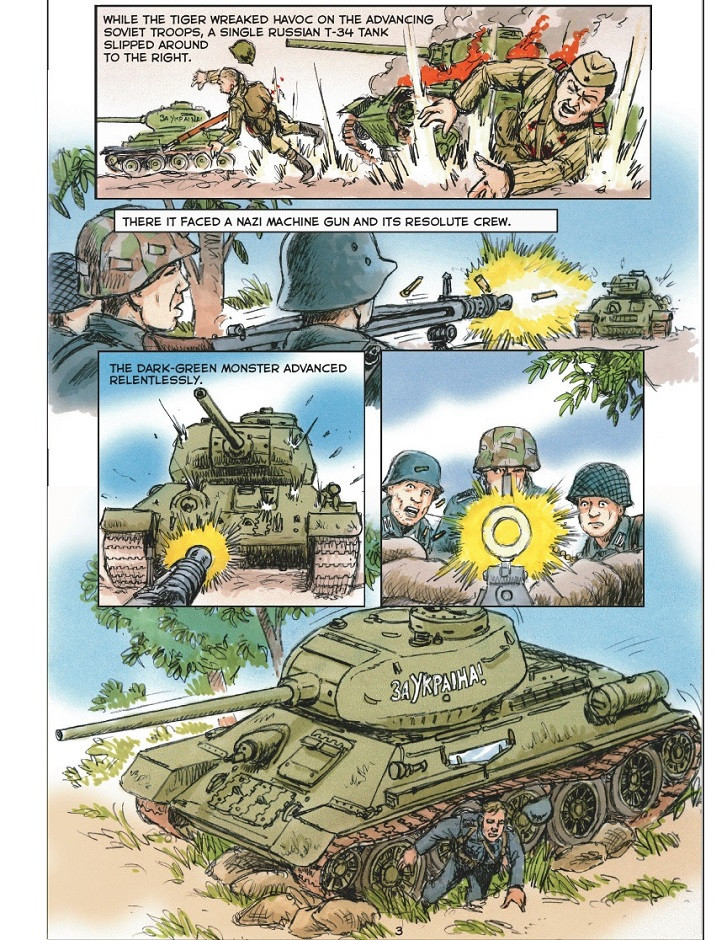 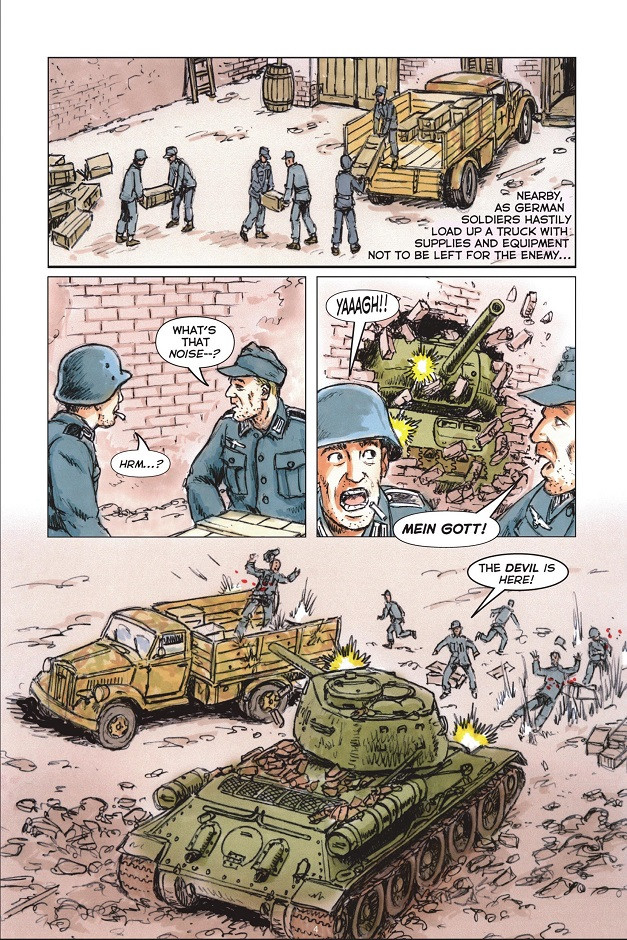 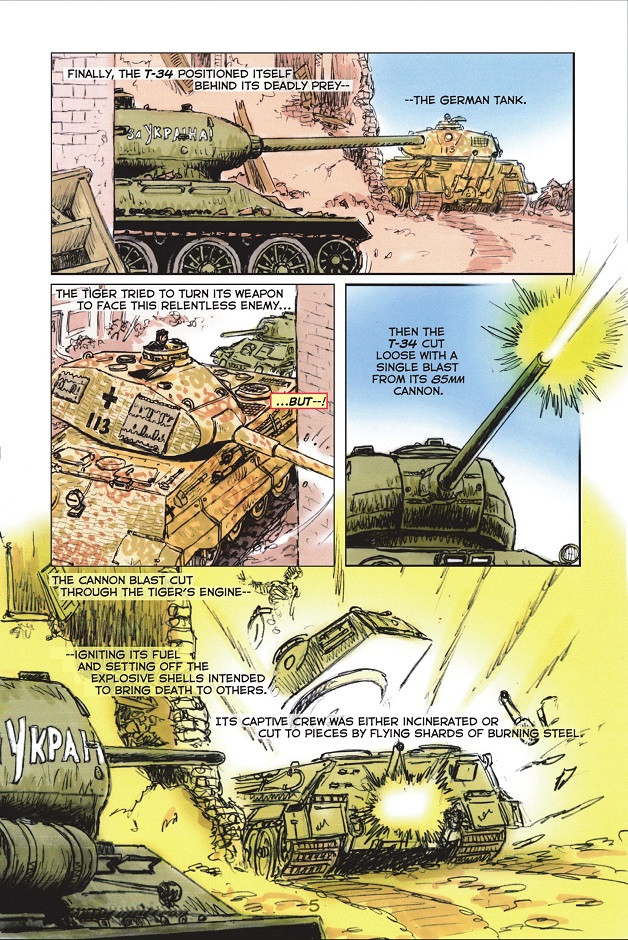 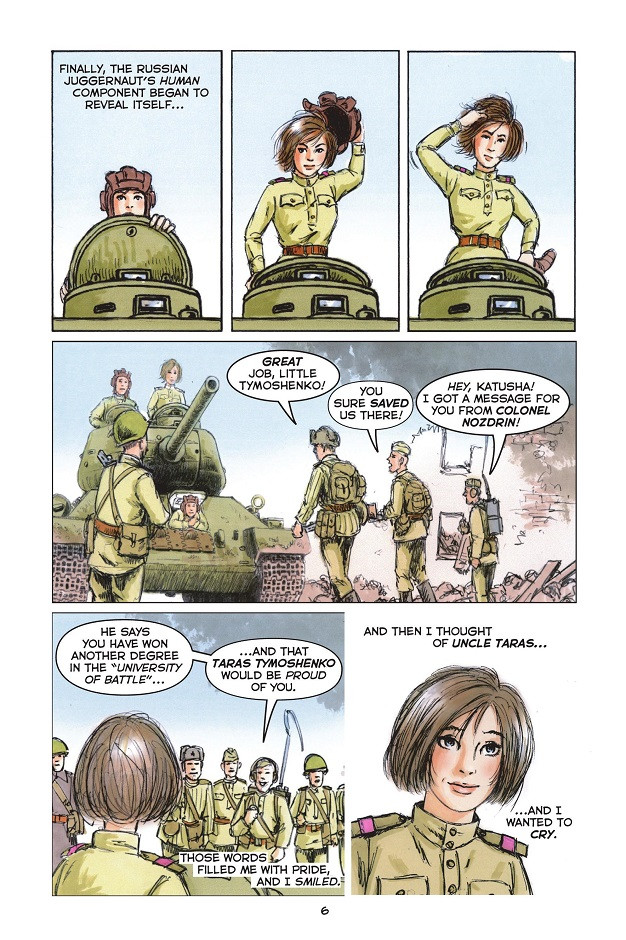 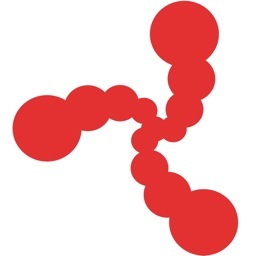 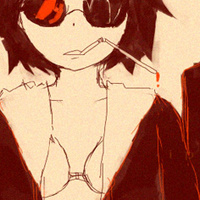 Absolutely wonderful! Soviet history has always intrigued me for many reasons, and I'm sure this will be an interesting read for me. And Ekaterina's portrayal is cool, and even adorable. I wonder how her expressions would be like during the more dreary times of war. 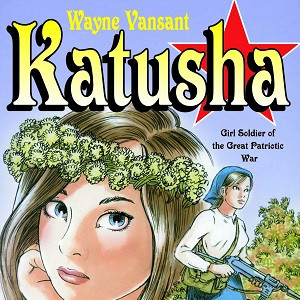 Story and art by Wayne Vansant

This is a story of courage, survival and family; of self-sacrifice, betrayal, brutality, and suffering; it is a tale of love, told against the backdrop of the bloodiest conflict in human history: the 1941-1945 war between Nazi Germany and Soviet Russia.

Seen through the eyes of a 16-year-old Ukrainian girl, KATUSHA is not only a coming-of-age story, but a carefully researched account of one of the most turbulent and important periods of the twentieth century.

The story opens with Katusha’s graduation from her tenth and final year of school. The next morning, Sunday June 22, 1941, Nazi Germany invades the Soviet Union. The girl and her family flee to the forests to begin a partisan war against the German occupiers. Finally, Katusha enters the Red Army where she is trained as a tank driver. Her unit fights in the battles of Stalingrad and Kursk, and then pushes the Germans across Ukraine into Poland. By 1945, Katusha commands her own tank, and takes part in the final battle for Berlin.Katusha is not just a story of “good guys vs bad guys”. The war in Eastern Europe and the Soviet Union was a confusing conflict between two brutal dictators, Hitler and Stalin, and for the people caught between them choosing sides was a difficult decision.

The first KATUSHA graphic novel, EDGE OF DARKNESS, is complete in 180 full color pages. Two more volumes, THE SHAKING OF THE EARTH and ON WINGS OF THUNDER, will follow, carrying her to the Brandenburg Gates and the Reichstag.
Subscribe 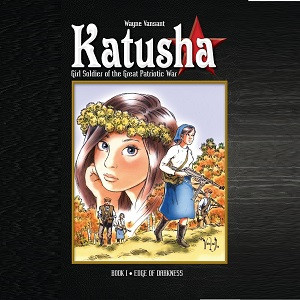