It was around midnight and I was chasing a husky. She ran and ran, but I had managed to catch up to her. There was a cliff ahead, so she had to halt. She desperately asked "W-Why me?" I answered "boss's order, sorry." She closed her eyes, tear glistening her face. She then said "Please, spare me! I don't wanna die yet!" "I'm sorry.." I replied.

I took a chunk of her neck, blood oozing out of her wound. I thought as I was licking my paw "My job was finished, now I just need to get cleaned up." My lick came to a rest as I stopped lick my paw. I stood up and began to walk away from the corpse. The dog's eyes began to cloud up. I went to the nearest watering hole, I started to clean myself. The water, dark turquoise and reflecting the full moon. The blood, dark red and staining the water. It took awfully awhile but I did it, I got the stain out of my fur.

I ran as fast as I could, it wasn't really fast. I was still fatigued from the run earlier. But it seems like nothing was following me. "it could have been a rabbit. No! That thing was way bigger than a rabbit. Time is short I have to go home now." I thought I ran home.

I lived by my self and had no one to be with.

Who could be calling me?

Oh, it's just print. What could she want?

"Come to my house I want to

discuss something with you!"

"What could you possibly want?"

"I'll tell you once you get

"Hai, Pandora!" Print said joyfully. "Come on inside!" I walked into the old wooden house, it seemed like this house could collapse any second. Print is a calico cat with lapis blue eyes. She's somewhat popular at school. "Take a seat on the couch." She said. "I'll be back in a minute." I glared at the couch. Even though the house it very old, its decor is outstanding! Everything looks untouched, and clean! I sat down on the warm couc-

"A body have been discovered.

Police had identified the body

to be Haru Chiya, a female husky,

black and white, went to Shiro

saying that this is connected to

the recent murder rampage, this

"Sorry, that I took forever!" Print said. She glared at the television “So, the murderer strikes again..." I mumbled "Y-Yeah..."

There was a brief silence. I questioned "So, what did you want to talk about?" She replied "Oh, yeah! Follow me!" "Okay." She told me "So, I saw what you did." My heart skipped a beat. Could she have been the one that was in the bush. She added on "With the killing, the misery, the blood, the tears. You're that famous murderer that have been on the news all month!" A hesitated "H-How could you be so sure?" It could've been a lucky guess. "Well, I have these." She went by her desk and pulled out a few photos, she showed them to me. The first one was me, by Haru. The next one was me, licking my paw by Haru's corpse. And the last one was of me cleaning myself. My eyes turn darker than usual, the warmth in my eyes disappeared, I began to curl my lips back showing my teeth, and looked at Print as my next victim. I had no control over what I was doing. 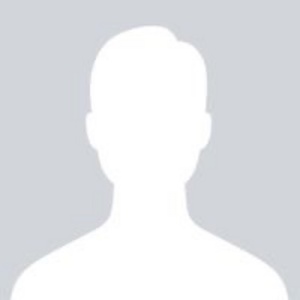 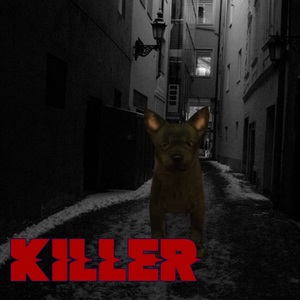 A story about, Pandora a black GSD. Who work for her boss and does whatever he says...
Subscribe 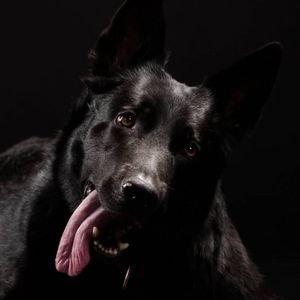