I looked around the arena as my sister, our friend Nidia, and I made our way in. For the second day in a row they dragged me to a basketball game. I really would rather be studying for upcoming finals but no, I must "support or school" blah I have one more semester and I'm through with this school. When I was dragged here yesterday, I noticed how diverse the school was, maybe I should start paying attention instead of focusing on my studies. Nah. Anyway, today we were playing against a college from Tennessee, I think it's called Nazarene University. I picked my fro with my hands to make it wilder, as we walked past a group of people I saw a guy give me a glare when he thought I wasn't looking. I paused and sent him a death glare, his glare faltered and he looked away. That's what I thought, bitch. I smiled smugly and quickly caught up with Sandy and Nidia.

I looked around flatly "Why am I here again?" I asked my younger sister Sandy.

She turned to me, "To support our school." She answered in a duh tone.

I gave her a flat look, "You said that yesterday."

I followed her and Nidia up the bleachers and we sat on the third row "To look at cute guys on the teams." Nidia wiggled her eyebrows.

I glanced at the opposing team and not one was attractive, I then looked at our team and grimaced "What cute guys?" I huffed.

Sandy rolled her eyes and nudged me "We have cute guys. Look at the bench." She ordered.

I sighed and did as told. There were three tall guys chatting on the bench. The first one was a built white guy with curly brown hair and green eyes, he was alright looking but not my type. The second one was a lanky light skin with dreads and hella tattoos, he was cute but he seem to be up Nidia's alley. The third one was a muscular Asian with medium black hair and light brown eyes, his face tho. His face was pure art, like on some Michelangelo type shit. His skin was so flawless, there was not one pimple or acne scar. His eyebrows were arched perfectly and I touched mine out of self-conscious. The thing that was weird was that he was already staring at me. Usually when people get caught looking they'll look away but not him. He kept staring at me and I gave him my "dead on the inside" look. Usually that would get people to look away but not him, he actually matched me and gave the same look. I blinked at him and he winked at me, I scrunch my face up and turned to Nidia. She was staring at him in shock then turned to me in awe.

Sandy nudged me "What was that?" She teased.

I raised an eyebrow, "Unattainable?' I asked.

Sandy nodded "Apparently, he's been single since he started this college." She informed.

"2011." Nidia added. Ok, that was a little strange even for me but I'm going on one year. But hey, who am I to judge? I haven't been dicked down since January.

Sandy caught my bewilder look and nodded "I know right. Some say he's on the own low or that he has a secret wife or something." She gossiped "Lord know I hope it's a secret wife because he too fine to be gay." She pouted.

Nidia nodded in agreement "I hope not, too." She sighed dreamily as she stared at him.

My eyes widen in shock, I can't believe they actually think that. I mean, I did too but he's not that fine.

I licked my lips, "Well" I drawled "Maybe he doesn't like anyone and wants to be left alone?" I suggested.

They both look thoughtful before looking at each other "Nah." They agreed.

"He's too fine to be left alone." Nidia sighed dreamily.

I sat back and fold my arms "Have you tried to get at him?" I asked with a raised eyebrow.

She frowned and nodded while Sandy giggled and turned to me, "Yandy, he curved her sooo bad." She giggled again.

I smirked at this and sat up "What he do, girl?"

She calmed herself before giving Nidia a smirk "You want to tell her or me?"

Nidia glared at her "It was like like he was repulsed by me." She turned to me "Me." She emphasis exclaimed.

Nidia was a cute mix from New York City. She was half Native American and half black, her hair was a mix between black and brown that stopped at her chest. She stood at 5'5 and she was the opposite of shy, she can have anyone wrapped around her finger in a matter of minutes so I could see why she was upset.

I cupped her cheeks "Aww, wittle Nidia finally couldn't get her way." I cooed in a baby voice.

She glared at me and slapped my hands away while Sandy and I laugh.

She flipped her hair "It's whatever, he wasn't that cute anyways." She lied.

I gave her the 'yeah right' look "Weren't you just fawning over him like five minutes ago?" I asked.

She waved me off "It's in the past, besides I have something better in my future." She winked and waved at someone.

I smiled and shook my head at her before turning to see who was her next victim. It was the dread head, I covered my mouth with my fist as I watched him cheese at her and send her a kiss. I noticed that the Asian wasn't with them and pouted for a second before one of them could notice, I glanced at Sandy only to see that she was flirting with a guy that also had dreads but with red tips. She giggled and I nearly threw up in my mouth. I stood up and headed to the restrooms, I stayed in there for a good ten minutes just playing with my curls and checking up on twitter. I heard the crowd get loud and decided to head back, I pushed the bathroom door opened and heard a grunt. Oops.

I quickly came out and started apologizing, "I'm so sorry." I exclaimed as I went to help them up.

The girl glared at me and pushed me away "Watch where you going." She yelled.

I took a deep breath "I said I was sorry." I replied politely.

She rolled her eyes as she got herself up "Yeah well sorry isn't good enough," She frowned as she dusted herself off "I swear you peopl-"

I took a step closer to her "What was that?" I asked with a deep voice.

She looked at me and I saw her freeze "I-I meant-" She stuttered.

"What?" I leaned closer with my ear "say it a little louder?"

She gulped and stood there before turning around and walking away briskly.

I glared at her back "That's what I thought lil bitch, people always talking shit and won't back it up." I grumbled as I left from the hallway.

I made it to the lobby and a certain somebody caught my attention and he wasn't alone. His back was to me and I watched as the two girls smiled up at him, Unattainable my ass. I shook my head and went back into the arena.

"Where did you go?" Sandy asked when I sat down.

I glanced at her then the court "Bathroom." I sighed.

"Making out with your new boy toy?" Nidia teased.

I snapped my head in her direction and grimaced "Boy toy? Whose my boy toy?" I asked.

She rolled her eyes "You not slick fam, I noticed how yo new boo went out before you then you followed. So what you do?" She leaned closer to me "You guys go freaky neaky before the game?" She wiggled her eyebrows.

Sandy leaned on me "Gave him head?" She asked with a raised eyebrow.

I grimaced and pushed her off me "NO." I exclaimed and ignored the looks we got "Neither, I didn't see him. I went to go take a shit." I explained.

They both grimaced and leaned away from me, Thank God. I ignored them and noticed that the arena was getting full. Hmm, I guess we're pretty good then.

I bit my lip "'We'? I did not know you contributed to that season win, Sandy." I said dryly.

She rolled her eyes "Smart ass." She muttered and turned to the court.

Nidia leaned on me "Your boo bout to jump, Yandy." She teased.

I narrowed my eyes at her and peeked at the court, he was standing at half court warming up against the other giant. He was faced my way so I could see his muscles-I meant facial expressions. I watched the way his face turned stoic when his opens stood against him, the referee walked up to them with the ball in his hand. Everyone got quiet once they noticed that the game was about to start. I put my attention back on him only to see that he was already staring at me, I furrowed my eyebrows and raised an eyebrow at him.

He winked at me again, the whistle was blown, and he jumped for the ball. 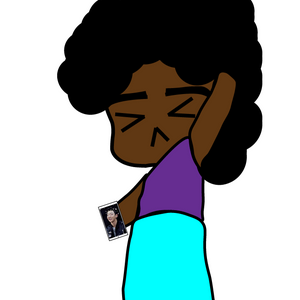 We meet our heroine, Yandy Brown, along with her sister and friend. 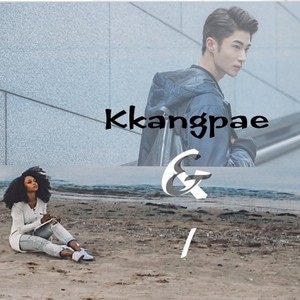 Being the heir to a crime family wasn't hard for 22 year old Kim Jin-Joon. Being number one in all his classes weren't either. Meeting his Father requirements and being the perfect son for his Mother were a breeze. What was hard for Kim Jin-Joon was intimacy. He thought something was wrong with him because he wasn't attracted to any of the girls his mom introduced him to or any of the man surveying his family. With his mom pushing him to wed to a girl he couldn't stand and still not knowing what the feeling was, he decided it was time to find out. He decided to go to America, the state of Alabama to be exact. A state filled with racism and high humidity would be the last place where any of the members would look for him.

23 year old Yandy Brown was glad to be back in school again after having financial setbacks because of her family income. Being from small town Tuskegee, AL she didn't know what she was expecting when she set foot on University of Sumter-Huntsville. What she didn't expect was a 6"2 Korean Adonis claiming her as his. With him she gets thrown into a whirlwind of street gangs, mafia, and snobby parents. All she wanted to do was graduate, not become apart of a social experiment and not to fall in love.
Subscribe 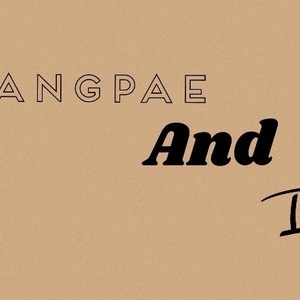