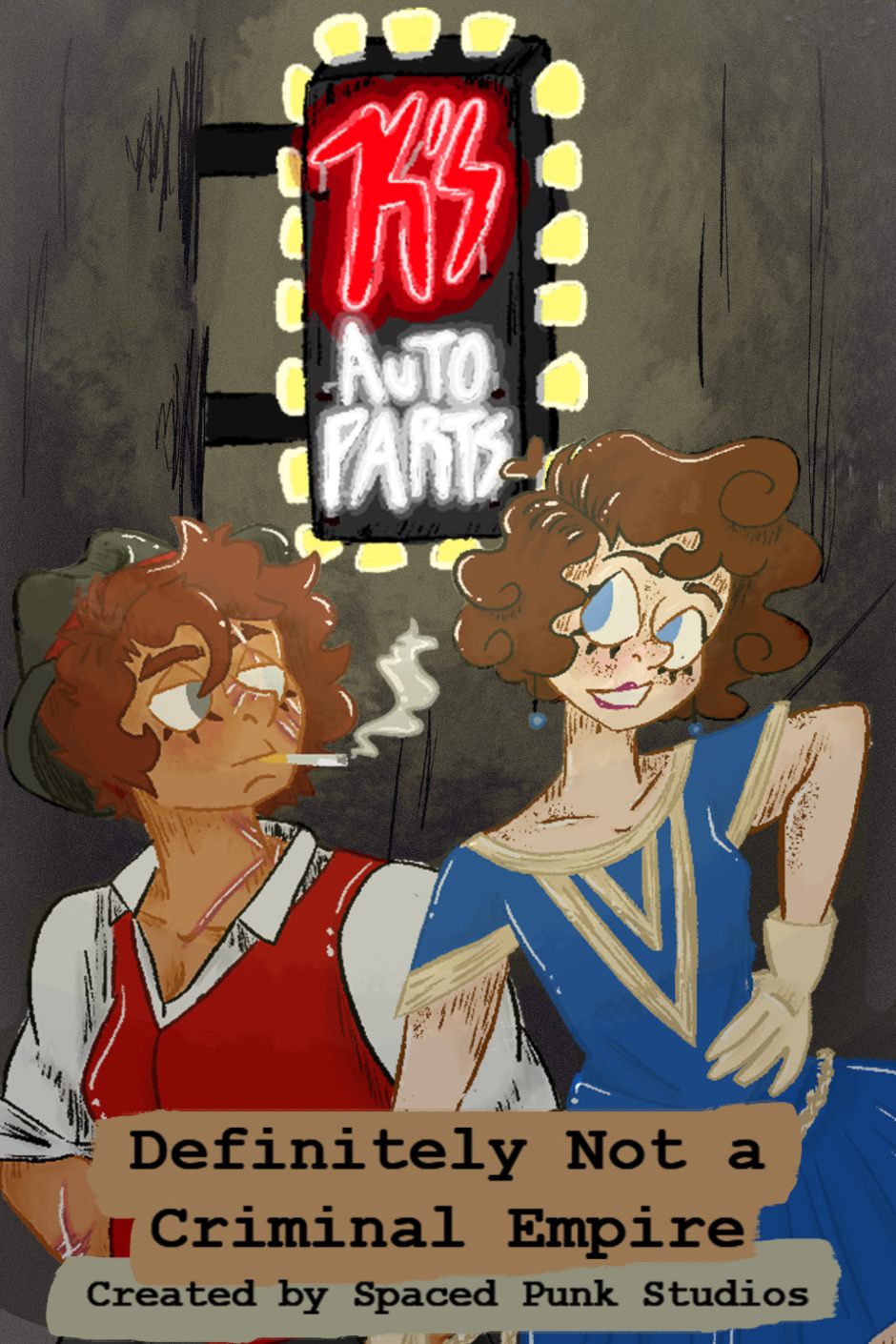 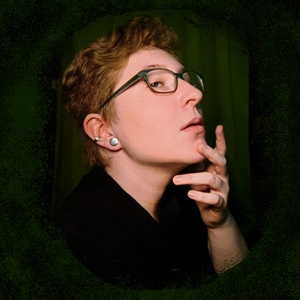 Welcome Welcome! New comic, new series, new cover! Just a little tidbit about the upcoming episodes: all of them will have indexes explaining any 20s slang the character's use, and all of them will also feature short, ambient soundtracks that you can listen to why you read! They're meant to be atmospheric and non-obstructive, just something to get you into the mood of the scene, not anything you have to pay close attention to. That being said, I think they're pretty jamming so I hope you give them a try! 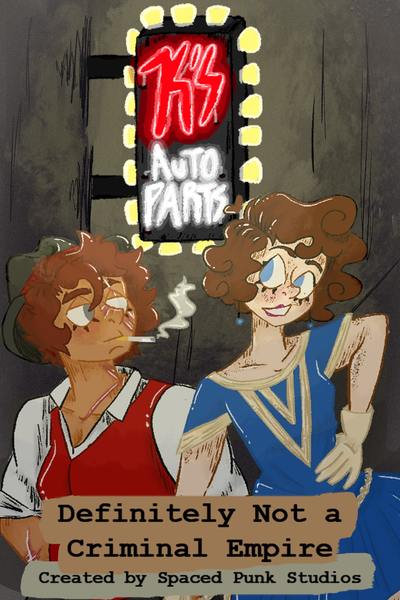 It's the mid 1920s, the height of prohibition in America. Janie's an ex-dance-troupe sweetheart with a flair for the dramatic and big dreams in the Big Apple. Kay's a car mechanic (definitely not a mob boss) with an exciting night life and a penchant for men's clothing. Could I make it any more obvious?

K's Auto Parts is an episodic anthology about two queer women in the 1920s that incorporates multi-media elements such as sound and frame animation. Updates at 2pm EST on Tuesdays, with breaks between each chapter.

TW: While cartoon-y and usually lighthearted in nature, K's Auto Parts contains images and themes that may be upsetting for some readers, including swearing, blood/violence, guns and other weapons, as well as depictions and use of drugs and alcohol. Particularly egregious or dark episodes will be marked as mature as needed.
Subscribe 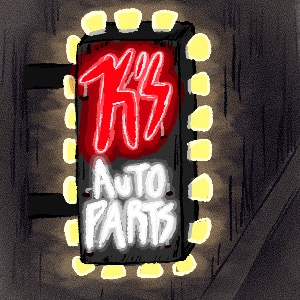