Zea had awoken. The woman next to her stirred in the blankets. Slowly and gently, she moved the silk blanket off of her and got off of the bed.

The bedroom Zea was in had plush, pink carpet with walls covered with geometric, pastel colored patterns. The elaborate floral, curvy furnitures that were accentuated with ferns and vines were the only thing she liked about this current decade’s taste. That and also the music. From one of the bedroom’s open windows, she could hear the faint tunes of a synth-pop, dance song from up and coming artist, Madonna.

Across from her was a large borderless mirror hanging on the wall. Zea could see her naked body, the fresh bruises that ran down her neck and muscular shoulders on the silvery, reflective surface. Her skin was still flushed having fed on blood the night before. Her long white hair was tousled and her light-blue colored eyes searched for her clothes.

“Hmm, leaving already?” The woman turned to Zea in the bed with the silk blanket wrapped around her shoulders.

Zea found her undergarments and started to put them on. “Yeah,” she said before clearing her throat. Time for business. “After tonight, can I count on the West Coast Coven to keep peace with House Eagle?”

The woman’s dark eyes gleamed with a green twinkle. She sat up on the bed and let the silk blanket slide off of her. With her breasts and curves exposed, she flashed a mischievous smile at Zea. “Of course. I am the High Priestess, vampire. Perhaps I was a bit too much that you forgot that?”

Zea nearly tripped over the cd rack that was next to her pants. “It certainly was memorable,” she said quickly. She picked up and put on her pants. Then she started going after the  rest of her clothes that had been thrown a little farther. “I do apologize for leaving so soon after... completing our deal.”

The High Priestess pouted and then fell back onto her pillows with a heavy sigh. “Must you go? I can tell your master that I need you a little longer to advise me.” She let out a small chuckle.

“I don’t think she’ll find that a good enough reason and, besides, this is a personal matter for me,” said Zea. She had finished putting on the rest of her clothes. There were two more items missing and she recalled that right before she was taken to bed, she had left a pair of thick glasses and a set of pens with a pocket protector on the dresser.

“Well, now, I am not a vampire expert, but I wouldn’t think you need to go to class?” said the High Priestess skeptically.

“I do have to keep up with the times once every few decades,” explained Zea as she picked up her glasses and put them on. She then proceeded to put on the pens in the front most pocket of her collared shirt. “And I don’t think I would be qualified to give advice, Talia.”

“Well, I tried and I was actually sincere about it,” said Talia as she curled a strand of her dark thick hair. “As you must keep up with the times as you say, I need to keep up with the future. If you were me, who would you pick as your successor? Your daughter or an up and coming, very talented witch?”

Zea looked out the window. She could see the moon and the stars. Far off and against the horizon was the campus she will soon attend a class there. “I would pick whomever who would put the coven’s best interest before themselves. That is what I would do.”

Zea bowed. “Yes, I will. Thank you.” Then she was gone in a blur of shadows. 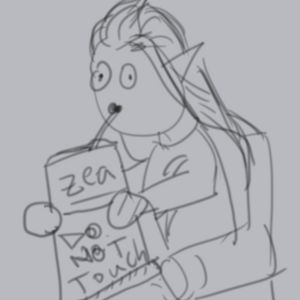 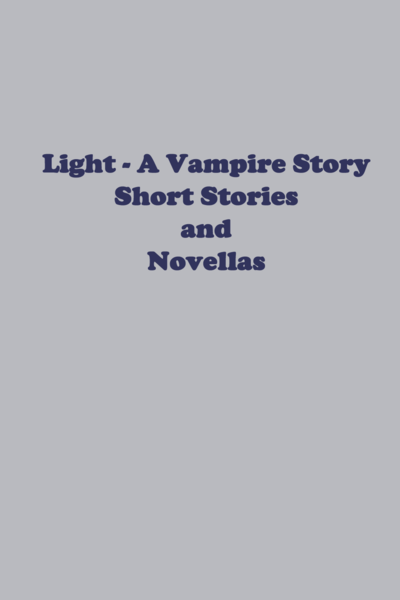 These are short stories and novellas of various characters in the world of Light: A Vampire Story.
Subscribe 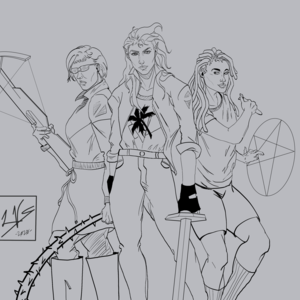