Sofia Lake glanced at the board lit up overhead and a puff of air escaped her mouth. She trudged into the cafeteria, her lips pursed. Her feet connected with the floor in soft plods, and she went to line up to get her food.

People walked ahead of her to their seats, chattering and bantering. As Sofia stood in the line, one of the lunch ladies went to the board to add a plus sign between pie and ice cream. Someone towards the front made a sound of complaint. Sofia looked ahead and let out a small giggle as she saw resident drama queen and her friend Elle Jones in the front complaining that she got too little dessert.

"Look at Dean Lo's tray! Now look at mine! His is huge! I demand more," Elle declared.

Dean said, "That's what she said."

He shrugged and walked past Elle to go to his jock table.

The others watching roared with laughter, but Elle put her hands on her hips and stood her ground.

"Mrs Mitchell, please give me seconds." Elle put her hands together and begged.

The lunch lady smiled, seemingly full of honey, and then the smile dropped as fast as it came.

"No. You get what you got and that's all. Shoo darling, let me serve the other kids."

Everyone's attention was on Elle, so Sofia quickly skipped over the dessert and went to fill her water bottle before sitting at their usual table. Eventually Elle stopped arguing with people and came to the table, a beaming smile on her face.

Sofia looked at Elle's tray and saw an extra helping.

"Bart said he didn't want his, so I got more pie yay!" Elle sat down.

"Good for you," Sofia teased, making love hearts with her hands.

"Uh huh, if friendship means romance then yes I agree," Sofia mused, spotting Bart's gaze on Elle from across the room.

Elle crossed her arms, pretending to be upset.

Elle munched on her food, and she said in between bites, "Wha, why is being bad at lying good?"

"So I know all your secrets," Sofia winked.

They had English class after lunch, and Mr Carter gave them a recommended book to read for the summer. It was called My Summer With Lisa and it was about a girl who lived in a circus troupe and tried to escape from an evil curse on the circus.

Sofia turned the book over in her hands. She, like most others in her class would most likely place the book in her room and forget about it the next day. There were more important things than My Summer With Lisa.

"I trust you'll all have a good summer and return to your senior year refreshed and invigorated to complete your last year of high school!" Mr Carter finished his words, and he began erasing the board.

The bell rang, signaling the end of the school year.

Some students threw their papers into the air, some shouted for joy, and some like Sofia stared out the window as they all packed their bags and cleared out their lockers.

The end of the school year meant that Sofia had two months ahead of her. For most people that meant Netflix and chill, and other activities. But Sofia couldn't afford to do everything for fun.

The past few years had dug a hole in Sofia's heart bit by bit. Barely surviving on her father's legacy fortune left behind, Sofia did not want to always depend on a fund that wouldn't last forever. Her mother was a raging alcoholic ever since her dad Callum died. Sofia had aunt Luce to support her, but she felt bad for always leaning on others.

Sofia decided over the past few months that she would begin earning money to support herself. Now that she didn't have any school to attend for a few months, she would put her soul into working. She had some babysitting and tutoring experience, but it wasn't enough.

Sofia tried to find part time jobs as a junior employee but nobody was hiring short term, or they thought she did not have experience. She spent nights researching and applying when her mother was out doing god knows what and when she got home, Sofia would be out for school. Sofia was not looking forward to when she would clash paths with her mother once more.

As Sofia ventured out for the first time to look for any job that would accept her, she was running out of options. Even the supermarkets weren't accepting her because there were too many student applicants.

Sofia walked from street to street, knocking on doors, and filling out application forms. Calling numbers and managers to no avail.

That was how Sofia found herself standing underneath the pink and blue Jilly's sign an hour later, staring at the sign plastered on the glass wall. It was on the way to her next stop.

Sofia sighed, beginning to turn away to look for her other option when she froze.

Across the street, Jill Sledder saw her and they made eye contact.

Sofia whipped around to go another way and get out of sight but it was too late.

Sofia faced Jill Sledder, the mother of her childhood best friend. And the wife of Jack Jilly, who used to be the owner of Jilly's.

Jack and Sofia's father Callum were best friends, and they died in the same car accident.

Jill Sledder was the only other reminder to Sofia of the loved ones she had lost other than her own mother.

Pasting a smile on her face, Sofia opened her mouth to speak when Jill jogged up and embraced her with a warm hug. 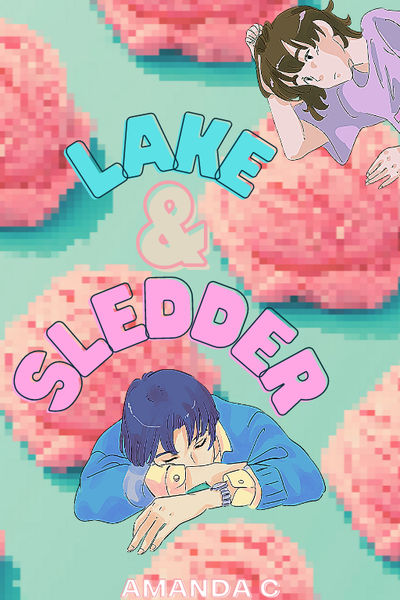 Sofia Lake had a dream of owning an ice cream shop with her best friend, Thomas.

Ever since she was little, she watched the ads on the television about Jilly's, and every time she went to visit the ice creamery, Uncle Jack the owner of Jilly's would give her free ice cream. In elementary school, Uncle Jack passed away and so did Sofia's father. As a result, Sofia gave up on her childhood dream, and she stopped eating ice cream.

Her mother does not have the means to support her financially, let alone the mental capacity to take care of anyone. The summer of her junior year of school, Sofia decides to look for a job. She begins as a store server at Jilly's. It's the very place where her dreams started and ended. Will Sofia take a second chance at her dreams?

Thomas Sledder was the golden boy ever since he lost his father. Determined to honor the memory of his father's hardworking nature, he busied himself with violin practice at the same time as studying in order to fulfill his ambition of becoming a museum curator. The summer comes and his mother enlists his help and to return to Roseton from boarding school. Thomas loses his opportunity to do an internship at the museum.

When Thomas and Sofia meet again, both are in their own dark worlds of perfectionism and cynicism, denial and repression. Perhaps all it takes to light up their worlds is one ice cream cone.
Subscribe 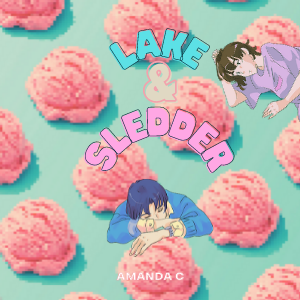