It was another spell of bad luck for Ash's friend Amani. He observed as the blonde managed to bump into three people one after the other. If that wasn't already awkward enough, she immediately began to try and apologize only to seemingly get drunk on her words midsentence and talk herself in circles, desperately hoping her friends would intervene and stop her. Thankfully, their other friends came to her aid and got her away from the confused stranger patiently nodding along to her long explanations.

"Thanks," she muttered softly in an attempt to hide the embarrassment in her typically sweet silvery voice, "So anyways have you guys gotten anything to eat?".

"Yep," responded Ash. He fumbled around with his newly dyed hair. The eye-catching indigo didn't really suit his sleepy demeanor he noted to himself. He rubbed his weary eyes as Amani and the rest of the group began to lecture him.

"There's no way you can survive off the little energy that tiny lil can of coffee would give you," Amani pointed out. Even though she had a point, Ash found her scolding to be annoying regardless. He brushed her off and explained that he didn't need any more than the coffee. Another girl, Eris, walking beside him gave him a concerned glance, but he really wasn't in the mood to respond. It was typical that the twins would be on the same page. They all walked over to their usual cafeteria corner at the mall. A small circular wooden table by the corner next to a few dull plastic flowers.

Ash sat across from Amani and next to his previously concerned friend and Amani's twin. Eris ordered a humble and fulfilling meal of plain curry and rice. Ash stared at her food enviously. The truth was the small can of coffee he's been surviving off of really wasn't enough to power through the day, but he can't afford to spend more. If he did, he would have to ask his parents to support him again, and the idea of that seemed embarrassing. So did admitting it to his friends as well as his sister. He just wanted to sleep away his worries at that moment. Ash's sister joining in with her tea and fruit slices in hand brought Ash out of his spiraling thoughts. Like any other day, Amani was vigorously recounting her frustrating college to her twin and frankly sad attempts to keep out of trouble. Eris listened to her droning on without much judgment and just quietly ate bits of her rice. Ash's sister, Rachel, adjusted her seat every few minutes to try and get comfortable and merely interjected with an occasional quip.

Ash decided to take his short break as a chance to relax. He told Rachel to wake him up when it's time to sleep. He then took the opportunity to slowly drift off to sleep. Just when he managed to fall asleep, Ash could feel Rachel aggressively pushing him to wake up. He was rather confused seeing as they would've still had time to eat. He thought of ignoring Rachel until he realized he could also feel Eris frantically tugging at him to go. Things didn't quite click in his head until he could hear the distinct sound of Amani screaming, "ASH, IF YOU DON'T MOVE RIGHT NOW YOU'LL REALLY BECOME ASH." 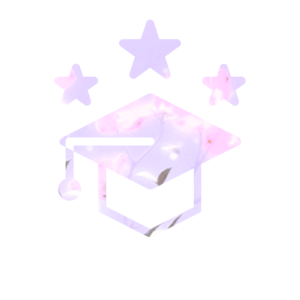 Note: Sorry for any grammar mistakes, I'm not a native English speaker. This is intended to be made into a comic, later on, so please bear with my writing for now. I'll correct any mistakes pointed out. Thank you in advance.

Our debatably loveable characters end up in a completely new world with the impossible task of killing a demon lord. Can a group of the most chaotic and simultaneously normal people really do it? 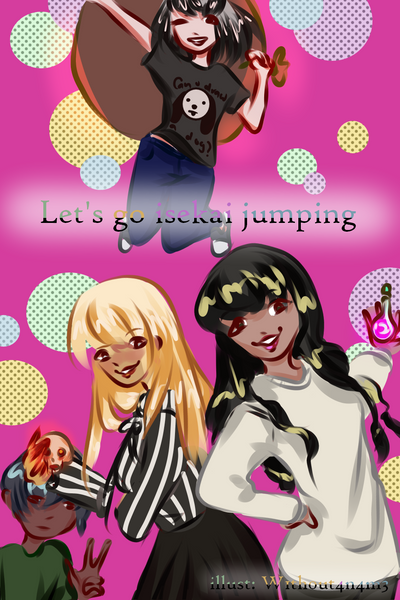 Isekai is a genre of anime or manga that refers to a character dying and reincarnating in a fantasy world. A group of friends find themselves in just that situation after a horrible fire. The only way to return to their previous carefree lives is to fulfill the dying desires of the people they reincarnate in to.
Subscribe 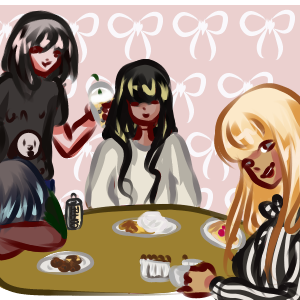