Life and other Disasters

Niles Peterson was driving his car faster than he should. He was late for work, and he was very well aware of that. When he was about to leave the house, his wife started about the dinner party the next day and if he could buy the right napkins after work, please. She described them every single detail to him, from the color, eggshell, to the pattern, snowflakes, telling him precisely at which store he could buy them, in what aisle he could find them and, most important of them all, what they would cost.

When he started the car, Niles already knew those napkins had cost him more than he liked - a significant t part of his sanity.

Sometimes he looked at Claudia, his wife, and he wondered what happened to the girl she once was. What happened to the Claudia he had fallen in love with and had promised to love no matter what when they married twenty years ago? The Claudia who woke him up to look at the stars, who danced intoxicated on tables, who slipped little notes in the pockets of his jacket?

When he looked at her now, he had the feeling she was someone else. Heck, he had the feeling he was someone else. Sometimes he stared in the mirror and couldn't believe his hair was starting to grey already. And there was a line in his forehead that told the story of his worries, of his skepticism. He had changed as well, and he didn't like it at all.

He pushed the gas pedal a little deeper, making the car accelerate to get to work in time. His colleagues would have taken All the best parking places by now.

Some days he wondered what would happen if he skipped work and went to the park instead. The world wouldn't stop if he didn't show up. No people would die, the markets wouldn't crash, planes would still fly. His job wasn't a real challenge. The most exciting was producing this month's sales reports. It wasn't even what he had studied. When he was young, he had dreamed of owning his own business, building houses, adjusting them for disabled people. It hadn't worked out that way. He didn't have the money to start such a company. The bank didn't grant him a mortgage, and then Claudia became pregnant.

Of course, Niles loved his children. His daughter Rebecca, his firstborn and apple of his eye, and Jake, his son. Life was good in a certain way. He had a loving family, he had a job, but there was this always itching feeling that there was so much more to this life. That it was out there, ready for him to take, if only he knew how, if only he dared to take the step.

And so his mind was everywhere, anywhere, except on the road.

Suddenly there was this apple, flying through the air, right in front of his car. In a reflex, he turned the wheel, moving over to the other lane.

Later he would blame the accident on the squirrel, a tiny animal that crossed the road, as there were no apple trees close to the road. It was a motorway, and there was no place for pedestrians who could throw apples at cars.

So a squirrel it was.

What he didn't see was the motorcyclist in the other lane. Niles only noticed the bike when the driver crashed into his windshield. Then his car started spinning until it stopped against the guardrail.

Luckily his car had all the modern safety precautions, and he wore his safety belt. After a few seconds, he stepped out of the vehicle. A dark cloud came from the engine, and with an uncertain sway, he walked to a safe distance. He was dizzy, and there was a small cut on his face, caused by the shattering glass. His ears were still ringing, his neck hurt a little, but he was alive.

Niles wasn't sure if that term applied to the other person. The body of the motorcyclist lay on the ground as if he was a rag doll thrown away by a bored kid. Niles clenched his fists when he thought of the sickening sound of the body hitting the windshield. He found his phone in his pocket. His hands shook when he tried to call the emergency services.

Other drivers formed a small crowd around the man on the ground. Instinctively Niles knew it was a man. A man who didn't give a sign he was alive. He just lay there, his body at an unnatural angle. People tried to perform their first aid skills, but to Niles, it was clear that there wasn't much they could do.

He noticed a faint scent of apples, but it was gone before he could pinpoint where it came from.

He lost any sense of time. It felt like an eternity for the ambulance finally came, but when he checked his watch, it had only been five minutes. They removed the helmet. Niles' heart jumped a little when the man moaned softly, but soon wished he had looked at something else when they revealed the face of the victim. It was as pale as if he was already dead. And there was blood. A small trickle of blood came from his nose, a rose of blood was forming on his lips.

"Is he going to be okay?" Niles asked, bracing himself for the answer.

The paramedic was quiet for a couple of seconds. "Hard to say right now. Time will tell, sir."

Niles knew the man wasn't telling him the truth, that this was the polite answer to keep him calm. There was something in the eyes of the paramedic that scared Niles, but he didn't have time to think about it anymore. Police officers were taking him away, bringing him to the station, where he answered all their questions about the accident.

When the police were finally done with him, he went back to his empty life, back to Claudia. When he embraced her, he remembered the napkins. Those damned napkins. How insignificant they were now.

'I'm sorry, I forgot the napkins,' he whispered in Claudia's ear. 'Something happened on my way to work.'

And then, for the first time in years, he cried. 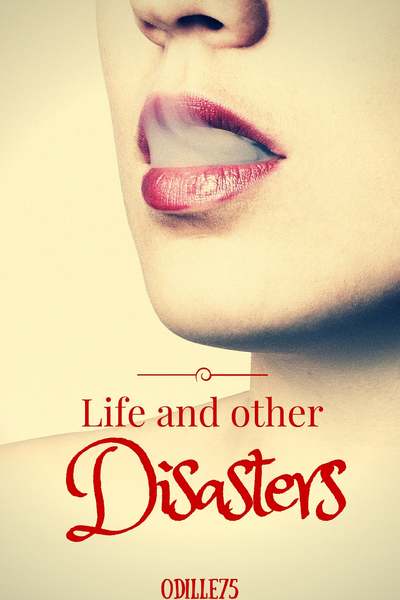 Life and other Disasters

After taking an ecstasy pill, Ava's trip goes terribly wrong, and her boyfriend leaves her for dead on the street. Doctors in the hospital fight for her life, and she sees it all happen. Somehow she stepped out of her body and observed it all from another world - a world that doesn't belong to the living nor the dead.

She tries to find her way around in this strange world, meeting its strange inhabitants. Some are normal humans, patiently waiting what their fate will be, some are not so human as they seem to be. Everything seems fine until David shows up. She knows that it's her job to help him, but it looks as if he doesn't want to be helped. And he's certainly not in a hurry to move on. Their fates seem to be connected, but she can't find out how and time is running out fast. She needs to unravel the secret that binds them, or else she might be lost forever. 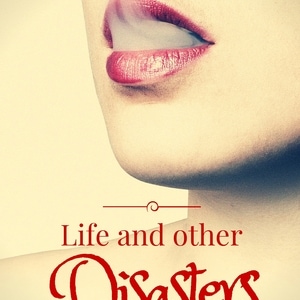