Cancel Continue
I yawn at the slow morning in the silver dragons bar. Normally Kacchan, Todoroki, Shinso, and Kiri would be in the bar by now but last nights mission was a difficult one, and the men needed their rest. I slept at my dads house last night since Kacchan hadn't gotten back to his condo until one in the morning. I normally sleep with Kacchan since we've been fucking the last couple months. It didn't mean anything though, no matter how much I wished it did. I'll move on though, if he didn't care nor did I.

Jirou walked behind the counter and slid me a glass. She's the bartender here and agreed to let the silver dragon mafia use it as a base. Deku looked inside the foggy glass to an equally foggy liquid.

"What's this kyokya? Finally tryin' to drug me eh?" I sarcastically murmured still tired from his lack of sleep from the night before. Man could my dad snore! Jirou has always been sketchy but i still referenced her for all of our social needs. we needed another company or group to comply, all we needed to do is bring in Jirou and they usually owe her a favor or respect her for unknown reason. We don't question her.

"Bunny, it's vodka, payed for by the drunk in the back with a beard. He said to give it to the fine assed gentleman in the ears, sound familiar?" she retorted using the nickname I only let a select people use. Bunny doesn't sound scary enough you know? The boys always just told me it made me sound cute, until i kill everyone in the room. So now it's my code name to protect my identity on missions or around non-members.

I grunted in return and downed the glass, not looking at anything but the drink. Why would I give another thought to a scum bag, drug dealer looking fatass with mental stability issues clearly suggested by the mommy's boy tattoo on his shoulder. All I'm thinking about is how my boys are doing. They havent been letting me on recent missions to "protect their precious bunny". Honestly I think they just don't want to be outperformed my a cinnamon roll. I crossed my arms and let out a little *hmph*, thinking about how unfair it was that they got all the fun.

My long ears twitch as I hear the soft squeak of a bar stool being stood up from. My tail twitches when I feel the vibrations of his boots rapping on the floor. The nerves on my hips sent static through my spine when his hands rested on them.

"Excuse me sir I'm not sure you know whose hips your hands are resting on. I suggest you move them before shit gets ugly" I politely stated. Jirou set the cup she drying down eager to witness the following events.

"Aw come on kitten! I'm just trying to show you a good time! Come back to my place and I can show you what a real man feels like" clearly slurred and dunk he stated unevenly

I proceeded to take of my tie, ah my favorite red tie, tis a shame.

"What was that kitten?" he again slurred unevenly.

" I said..." I turned around spinning myself behind him. Pulled my necktie around his neck and pulled downward kicking his upper back as he went down. "I'm a fucking rabbit!" I yelled cockily. The man continued to cough up blood and had gotten my suit and gloves bloody. Well thats not going to come out in the wash. "Hah, I get to have a little fun after all!" I beamed staring triumphantly at the ceiling, fist in the air, with my red sneakers on the sides of his face.

Applause triggered my ears to turn in the direction of the doorway. Shinso stood in there smiling and clapping, the other three soon came in to see the violent scenery. spatters of blood littered my person, one even reaching my face. The man lied on the floor unconscious but not definitively dead.

"Okay, I can explain.... The dumb fuck didn't know the difference between a rabbit and a cat!"

Everyone but Shinso was shaking their head in disapproval. Shinso was doing just his best not to laugh, but it was written on his face clear as day. 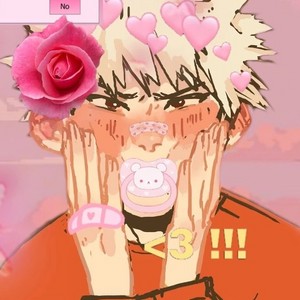 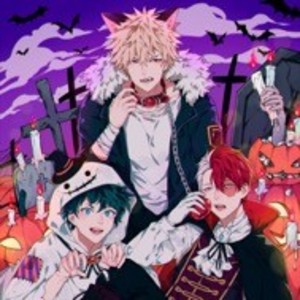 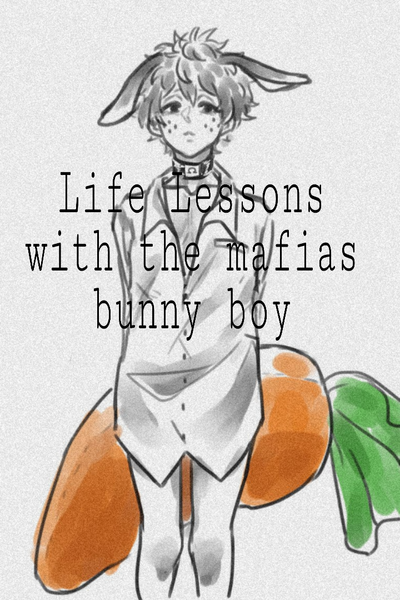 This is a deku bowl, it will end with a ship,but you'll have to read till the end to find out.

Izuku midoriya was born into the mafia. His father works for the mafia and so does his mother. he's not an ornament or a decoration. He's not a kitten, he's not a puppy, he's not just the mascot. He's the mafias ultimate weapon, project bunny boi. born with a rabbit quirk, midoriya can do anything a rabbit can do. which includes having heightened senses, quick like feet, and exceptional movement. there a downside to Izuku quirk, he has ears and a tail. 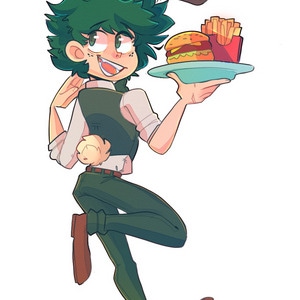