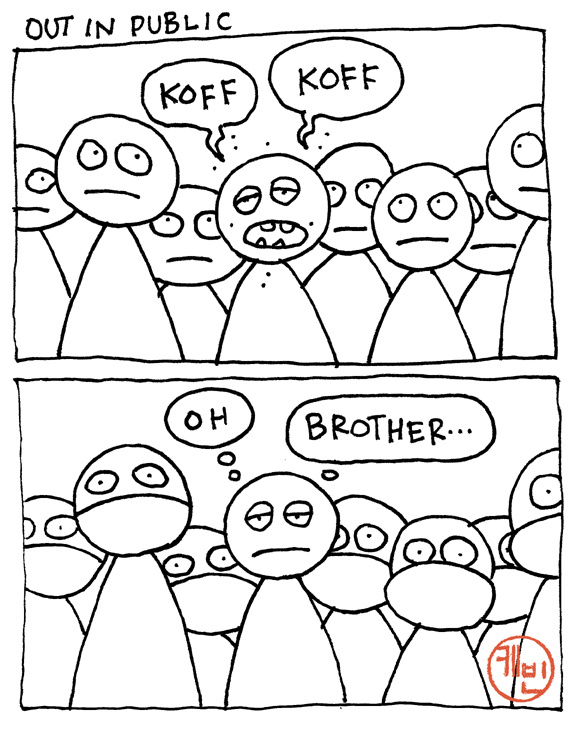 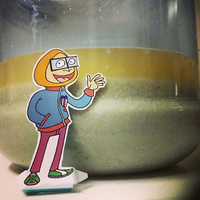 I was on the train from Busan to Cheonan, and a guy coughed. The guy in front of him, who was wearing a mask, got up and left his seat to stand by the toilet.

I would much rather sit next to coughing man than well-used train toilet.

The funny thing was, the coughing man had been sitting in front of me for three hours and hadn't coughed once. 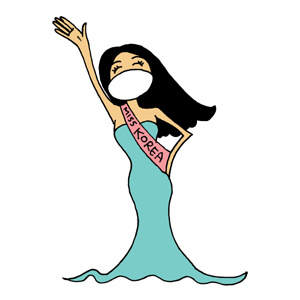 Middle East Respiratory Syndrome has hit South Korea. These are some quick doodles on how MERS has changed Korea.
Subscribe 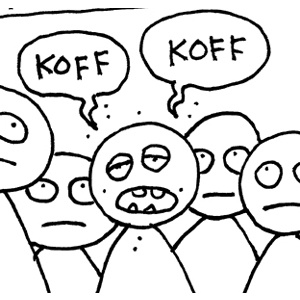