On this day, the lives of three young children would be changed forever
As the skies fill with grey and dark clouds, the sound of thunder can be heard off in the distance.
A black family vehicle would come to a stop as they arrive at their destination.
The three children would exit the limo dressed in black formal attire as they stand by their mother's side.
Under the tent, they would spot a large photo of a man as it stands tall beside a black coffin with gold trimming around it.
The oldest of the trio stands with a face full of tears running down her face as they say their final goodbyes to their father. The name of this destined trio is the Wilsons, Iris the older sister, Zach the second oldest, leaving none other than the youngest of them...
"Papa, Please come back to us!" screams Molly as she can no longer hold back her tears.
The rain begins to pour down upon them as they all begin to bring out their umbrellas. Zach with his strong and brave heart would try his hardest to the pain but some pains are just too great to be kept inside. Iris would proceed to comfort her little brother as they both cry tears together.
It would be at this very moment Zach would make a promise to himself...
"No matter what happens or comes their way he would do everything in his power to protect the ones he loves"

Fast-forwarding a couple of years, little did he know at the time but Zach's determination would soon be put to the test as there were dark matters at work.
[Tap, Tap] the sound of female heels walking upon a stone stairway leading into a dark forbidden dungeon. Deep down inside lies a large alter as steam surrounds the water. A woman would make her way down and begin to approach the altar as a demonic tail and long hair wave in the breeze. Her skin was golden-brown of a goddess with black horns attached to the top of her head. Gazing her eyes upon the alter she would reach out her arm as she looked into the reflection of the water...
"It is time, come child awaken from your sleep and come to mother" She would say proudly with a smile on her face. Meanwhile upstairs a very important conversation was taking place.
"Damn it, I'm putting you in charge of this matter" replied a mysterious man with a cloak resting upon his shoulders as he stands to watch down to the alter pit.
"Do whatever it takes, and let nothing stand in your way Adrian" commands their leader as Adrain a young man with silver hair posted up against the office walls.
"Yes my Lord, I will find her and punisher her for her betrayal against us" Adrian would reply.
While down below at the alter something odd was beginning to take place, as the alters water began to weave back and forth as if it were a stormy day out at sea. A skeleton's hand would reach up towards the surface to begin to try and make its escape from the pit. The more it crawled itself onto land its demonic flesh would begin to form on its body until it looked similar to the woman stand before it, as she gazed upon it with her crystal white eyes.
"Rise my creation, your mother calls upon you" she would command.
As the demon rose to its feet although it looked similar to her, there was something very different about this one, this creation would be a male succubus.
Mother would close her eyes briefly to shortly reopen them, however, her eyes have changed from crystal white to a bright lavender with a black heart in the center of her eyes.
"From now on your name shall be ELEVEN, and I have a very special task for you to do my child" explained Mother.

" Have you ever seen something that was so beyond believing it was real, come to be a true reality"
" I didn't want to myself until it crashing into the world I thought I knew" [Zach]
Laying stunned on the floor Zach looks into the eyes of death as their entire kitchen was full of fire, and chains from hell as Molly and Iris are subdued. Standing before his eyes stood a girl dressed in a skin-tight black & red outfit, making her brown skin pop as her icon pink hair laid upon her face while her cloak blew in the wind. This would be the day they met the young girl who would change their lives forever, that girl's name is, ALISON ROSE THE SUCCUBUS OF DESIRES.
Little at the time did the world know, that it would soon be facing its end. As the Demonic Demon King, The Harbinger Of End Times was planning his return to finish what he started all those years ago. In order for humanity to survive this time around a hero was going to have to rise up and bring an end to this madness.
A Job suited for a true HERO
Uhh wait a moment there seems to be a mistake here...
"Wait what you sure it's not me?" asked The Masked hero
Yes, this one and true hero, the bravest of them all...

"ZACCCHHHH, I'm gonna kill you!" shouts Iris as you hear her mighty stomping running down the hallway stairs to the outside of the bathroom door. Quickly tossing her changing closes to the floor, she begins to bang very angrily on the bathroom door. Zach would awaken from his nap in the bathtub as he hears his older sister shouting on the outside of the door.
"Ohh no you don't, get out of that tube right now!" Iris commanded.
"No thanks, go away beast, and wait in your cage " replied the very confident Zach as he would begin to relax once more.
"WHAT!!, YOU'RE SO DEAD!!" Shouts a very annoyed Iris as she waits on the outside of the bathroom door.
Zach would begin to try and relax once more hoping his sister would have given up and went back to her room to await her turn...
[BASH!!] The wooded bathroom door is kicked in sending Zach jumping up in confusion about the situation just to see his sister Iris standing in front of the doorway in her towel.
"Gorilla are you crazy, that's the bathroom door!" Shouts Zach.
"I'm only gonna say this once more, GET OUT THE TUBE or face death" explained Iris as she began to channel her inner strength as she balled up her fist. However, Zach refused to move as he proceeded to take his chances after all, what all did he have to be afraid of?  Iris wouldn't say a word as she marched into the bathroom towards Zach with nothing but bad intentions. As she arrived by Zach's side no words were said as she quickly rose her foot up and slamming it down into the tube onto Zach's private area with great force as if her foot became a one hundred pound weight.
"MOMMA!!!" Zach would shout to the top of his lungs in agony as he slowly began to feel his life force leaving his body... 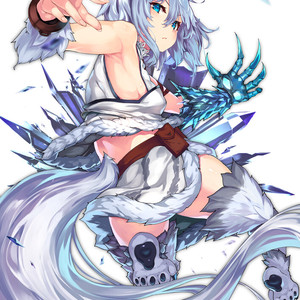 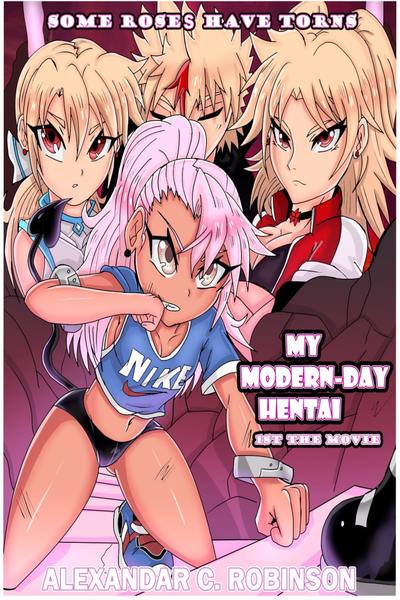 They say in life, that once you die your reborn again.

Three siblings faced a terrible loss at a young age, however over the years they have become young Teenagers on their way to adult hood. Upon a ordinary night their lives would be changed forever as they have come across a young girl named Alison Rose... Not only that but she's also a Demon from hell with no memories of her past. 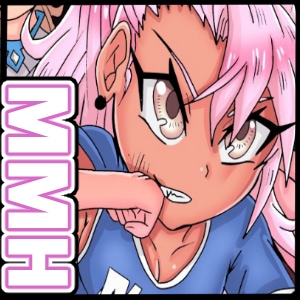