It was one melancholy day for Reapermore town. Also known as a ghost town. On June 21st one of the most beloved people in town, Annie Garcia, was declared dead. But this wasn’t like any normal death, this was a mysterious, sinister, and suspicious death that no-one wanted to approach. No-one wanted to believe that there were ghosts among them, even though they all knew the amount of blood that had been shed in this town.

Ava and Annie have been best friends ever since they were 10 years old and now, they are 16 in their senior year. They had planned to go on a 1-week trip to Greece as a break from school. But none of them were expecting everything to suddenly go downhill.

Annie and Ava were walking from school back home.

“Are you excited for the trip?” Annie asked

“Of course I am. This is going to be so fun!” Ava said

“No parents to boss us around and nothing to stop us from going.”

"Do you remember what we promised each other when we were little?"

They both looked at each other with big smiles plastered on their faces.

"Nothing shall ever separate us from being together. Not even boys!"

They both said at the same time and burst out laughing.

Little did they know that everything was going to go wrong. Annie and Ava both went their separate ways to their house. They both lived a few houses away from each other. When Ava reached home, she saw her mom and her little brother sitting on the couch watching TV.

“Hey, sweetie. How was school?”

“It was alright I guess.” She looked at her brother, but he made no eye contact with her. She proceeded to walk up the stairs to her bedroom to go change and do her homework.

A few hours later Ava's mom called for her,

Ava walked downstairs to see her mother pacing back and forth in the kitchen.

“Ava, did you come back from school with Annie today?”

“Yes, why?” Annie said with a bit of panic in her voice.

“Well her mom just called me and said that she hasn’t reached home yet,”

Ava's mom looked at her to see what her reaction was going to be like. Ava just stood there contemplating what she had just been told. She snapped back into reality and started panicking,

“Well, we have to do something. Look for her or call the police...” Ava started rambling. Her mom put her hands on her arms and told her,

“Ava, honey, for now, we just have to wait for a few hours and if she still doesn’t come back then we’ll call the police.”

Ava couldn’t believe what she was hearing. She was not going to let this happen again. She pushed her mother’s hands off her shoulders, ran to get her coat and shoes and hurried out of the house. Lucia just looked at her and let out a heavy breath.

She went to their favourite spot. They always went there if they felt sad or just wanted to be alone.

“Annie!! ANNIE! Come one Annie it’s getting late and everyone is getting worried you have to go home,”

Ava hoped to get an answer, but she didn’t. She took her phone out and tried to call her, but it just went straight to voicemail. This went on for 2 weeks until the police found Annie’s body in a shallow pit in the woods next that was next to their favourite spot. They immediately took her to the hospital, but the doctors told them that she was already dead when they brought her to the hospital.

Ava ran down the stairs hoping to get some good news,

“I’m sorry Ava. They found here but she was already dead when they got to her,”

Ava just stood there looking at her blankly. No emotion on her face. Seconds later she dropped to the floor crying.

“Nooo! This can’t be happening. She has to be alive. That’s not her body.”

Ava said in between sobs. Her mom just sat next to her and held her in her arms trying to comfort her.

A few weeks go by and a funeral is held. Ava didn’t feel like going but her mother said it was the right thing to do. She dressed up and went to the funeral where she had to say a few words about Annie, but she couldn’t hold back her emotions, so she started crying in front of everyone. At the end of the funeral, they went to visit Mrs and Mr Garcia.

She went over to hug them both. Annie’s parents both looked at Annie who had red swollen eyes from her crying. They both went over to her and hugged her while they all let out a few tears.

“I’m sorry,” Ava whispered to them as they were hugging.

“Don’t be, it wasn’t your fault. Everything’s going to be okay, alright?” Mrs Garcia said as Ava nodded then they all headed home.

She got up from the bed and walked out of her room to the corridor. She stood in the middle holding the stuffed animal close to her. The whispers seemed like they were getting closer and closer to her. She frantically looked around to see where the source was, but she didn’t find it. Then suddenly she froze on the spot as she heard these words,

“Ava, we were supposed to stay together forever,” the voice whispered.

Ava looked around trying to find out where she is, but she got no answer. She began hyperventilating screaming for answers.

Ava woke up with a gasp. She quickly reached out to touch her forehead. Sweat slowly dripped down. The collar of her pyjama shirt wet from the sweat. She took a deep breath in and let it out.

She laid back down on her bed just listening to her heart beating at a rapid pace as her chest slowly stopped rising as quick. All night she couldn't sleep, just contemplating whether it was a dream or not. She didn't want to go to school the next day, but she already absented too many times. 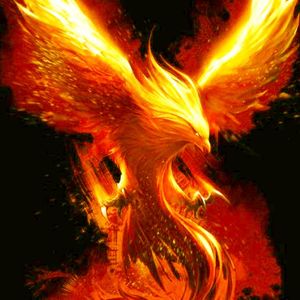 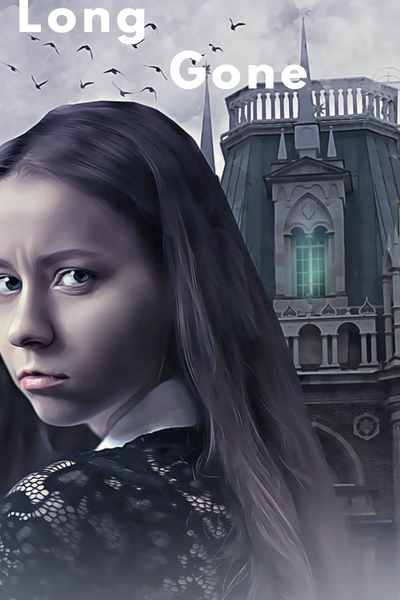 Ava Salford and Annie Garcia have been best friends since they were little. But one day Annie mysteriously dies and everyone forgets what happens to her. But Ava is determined to find out what happened to her best friend as well as Noah tagging along. She comes across a creature and from there on her whole life changed. She starts seeing ghost and dead people. She goes to find out why this is happening to her just for her to meet her worst nightmare. She starts gaining these supernatural powers. As she goes on her quest to find Annie she uses her powers to lure people to help her and ends up in the underworld. Would she find her way back to Noah or would she be stuck in the underworld forever? Will she ever find Annie again?
Subscribe 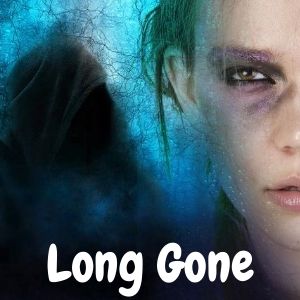