The Tads emerged in late winter, when spring was still a dream edging around the peripheral.

Hundreds of heads popping above the water at sunrise, smooth black and featureless faces glinting in the sunlight. The Tads wallowed and circled each other, their tentacles curling and flicking the water surfaces.

They kept to themselves. Most liked swimming to the very edge where the cedars and mangroves leaning over the surfaces of the lake were budding new leaves. They spent all days crowing and chasing after the wood ducks and feral carps, their giggles reminded me of sharp nails dragging on black board.

They are getting bolder every year.

This year, a Tad clawed up the shore, unphased by the burning sand, attracted by the sound at the Construction site. Their eyeless head tilted questioningly when the chaos of yelling and hammering and wood hauling abruptly halted, replaced by a taunted hush and guns cocked, its unformed mouth yawned wide—almost like a satirical, maniacal laugh—before it shuffled back to the water and slithered back to its awaiting siblings, disappearing underneath the water. Everybody went back to work, the terse uneasiness roiled underneath the jokes and jabs at lunch break, but nobody dared mentioning the incident.

We were quite good at that by now—turning a blind eye, pretending not to notice the danger signs.

Nothing's wrong, my sister would say, Don't be paranoid, Ava.

It was a fluke. And that would be a fact for as long as possible.

The Tads dove under as the heat mounted higher and higher, and resurfaced at sunset, their onyx skin reflected the colours of the sky and water. They stayed out until the last light in the Common Space was out for the night. We fell asleep to the soft whines echoing across the lake and the ancient, slow rumble coming deep under the ground beneath our houses.

Come late spring, they came ashore in waves, naked and brilliant, glowing god-like, if it weren't for the writhing mouth of tentacles at their nether region. The setting sun painted them hallowed. Gone was the black, slimy epidermis, replaced by the perfect details of whoever was sacrificed.

This time, it was Zoe Eidel.

We gathered at the Quay and watched them glided across the sun-lit meadow from across the Tunnel, their movements graceful and flowing like ballerinas, not the awkwardness of amphibians on dryland. The summer air was acrid, dry and blistering on bare skin. The older Tads that had settled in welcomed their newly-baptized siblings with high-pitched, deafening screeches that human's vocal cord shouldn't be able to make.

They tried out the houses we built for them, and emerged moments later, dressed in clothes we had sewn and hemmed. The Tads lined the streets, cheering and taking in everything, their silhouettes broad and stark against the horizons.

Some of the Tads chose to remain in the water, treading for a few minutes before ducking down.

A silent purr vibrated through the ground, ripples bloomed from the centre of the lake, the dark spot expanded and contracted, like an excited heart.

It was very pleased with this year's result.

My gaze unconsciously drifted to the the far edge of the shore, where the Chamber floated peacefully, unperturbed. The lake glittered, the water surface was festooned with million diamond shards.

Lorgan lit a cigarette, cupping his palm around the flame until the fire caught, and studied me out the corner of his eye. “Well. The hatching went smoothly.”

Next to us, little kids gaped at the Tads, waving and beaming as though they were greeting famous stars instead of terrifying creatures that would one day raped them to death. Their parents giggled, nonchalant that their children admired and entranced by the mystified beauty instead of horrified by it.

It made me sick.

“Going for a walk,” I said, pushing myself away from the rail.

Very calmly, I started down the crowded sidewalks.

"Ava," Lorgan called after me.

I ignored him, ditching bodies loitered at the Quay to catch a glimpse of the products of this cycle. Hotdog and cotton candy and ice cream mobile vendors parked along the roads, drawing lines of customers.

I made it to the end of the road before I broke into a run.

The Eidels held a funeral for Zoe last week.

Unlike previous families, the Mayor sent an invitation to everybody in town to the wake. Mom and Dad brought a garland of lilies and some fruits, although they didn't stay for long.

I didn’t attend. Not formally.

It was one thing that happened to a stranger, but it was different when it happened to someone you were close with. It was like being struck by lightning, feeling your muscles limping and your soul left your body.

When the Pick was announced, the syllables of Zoe's name hung light and insignificant in the air, as if they had just declared a lottery winner, not a dead girl’s name. I could still hear her scream ringing in my ears over and over again—startling and heart-wrenching like actual muscles and sinuses were ripped from her throat.

If I closed my eyes I could see her clambering out of the dense mass, legging across the field, toward the beach. The sun was stuffy with trepidation, bending and trembling to her stumbles. Shouts chased after her, commanding her to stop.

Eleven months ago, and counting.

The sudden realization that everything suddenly, abruptly ended, that there would be no amendment after this, that the last time we spoke was the last time, and our fight would be the last thing on her mind before she died—carried weight.

Our last conversion rewinded in my mind. I could still see myself shoving her away from me.

You’re a selfish bitch, I had hissed at her.

It wasn’t even that long ago.

I didn’t know where I was heading, only that I was going deeper into the wood, putting distance between me and the Lake, as if going away from civility meant away from reality.

My feet kept on moving on sheer momentum, carrying me forward until I hit a tree and retched—unable to swallow the acidic biles flooding my esophagus.

The back of my head itched, like there were cactuses growing inside my brain, bundles of sharp needles bloomed wild and uncontrollable and pricking the flesh it touched, drawing blood. I slid down onto the ground, head between my knees, arms wrapped around myself, rocking like a child.

Bitterness threatened to spill out of my lips, and I almost laughed out loud. A sense of self-irony taunted me.

Tomorrow, I would be facing thousands of Zoe’s replication. Knowing their body and their memory but not what they were, what they would do.

This was what I deserved.

I had always believed in fate. So this was what fate gave me.

My eyeballs ached. Rage raking at my chest, raw and uncontainable. Millions of ants writhed and squirmed underneath my skin. Tears pulsed from the corner of my eyes.

The mocking twisted into feverish shame, colouring my vision red. I pressed the heels of my hands against my eyes and scream, drowning out the chants inside my brain.

Lorgan found me, wrecked at the foot of the mountain just a bit after nightfall, hollow-eye and rancid breath, curled at the base of a pine and tucked into a ball.

“Ava,” He said. Gruff, neither filled with relief or care.

He rushed to my side, nonetheless, hands solid and strong around my shoulders. His flashlight swung across my peripheral, yellow blinding light dancing and streaking across the murky incomplete blueish darkness—like stars falling out of the sky. Twigs and needles carpeted the forest floor snapped under his weight.

“Your Mum and Dad worried sick, kiddo.” He said, unkind. If he noticed my puffy cheeks and swollen eyes, he didn’t comment.

Lorgan shifted his shotgun on his bad shoulder and roughly pulled me up to my feet. He patted my back.

We walked back to Common Space. Lorgan kept his palm trained on my nape, forcing me to stare down at our feet and preventing me from looking back.

“Keep walking,” Lorgan said to no one. 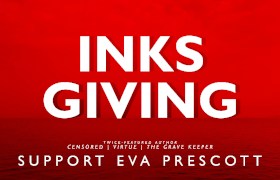 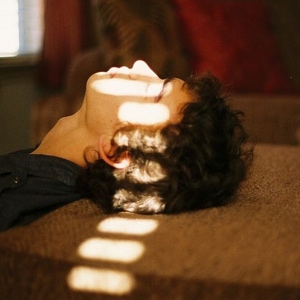 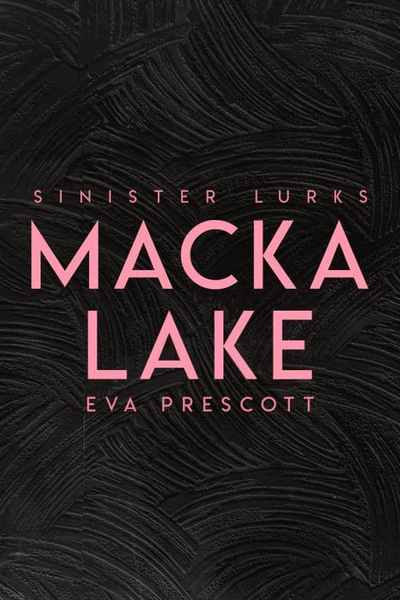 In an alternative universe where tentacle monsters had taken over Australia and assimilated into the human world, a girl risks her life for a clue to escape. 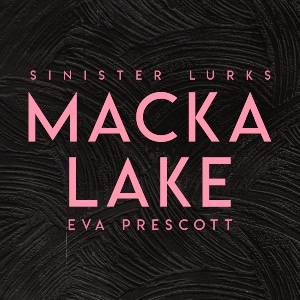